Panicking Kim Jong Un has had two people executed and locked down Pyongyang as he tries to tackle coronavirus and its economic damage, South Korea claims

Kim Jong Un has had two people executed and locked dow Pyongyang as he tries to tackle coronavirus and its economic damage, South Korea claims.

The panicked North Korean leader has also banned fishing at sea as part of frantic efforts to guard against the virus, South Korea’s spy agency the NIS told leaders today. 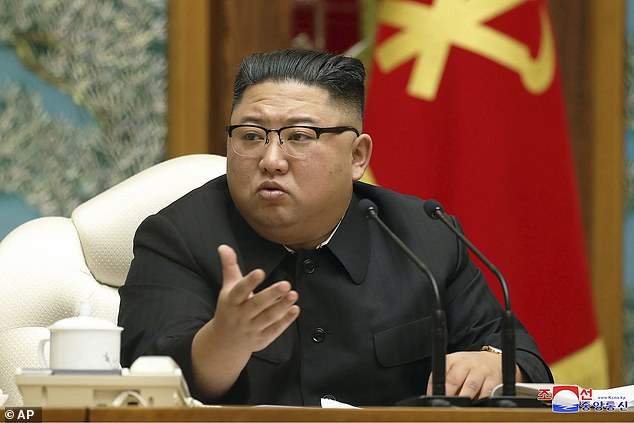 Kim Jong Un  (pictured at the ruling Workers’ Party Politburo in Pyongyang on November 15) has had two people executed and locked dow Pyongyang as he tries to tackle coronavirus and its economic damage, South Korea claims

North Korea has also banned fishing and salt production at sea to prevent seawater from being infected with the virus, the NIS told politcians.

Earlier this month, it imposed lockdown measures in other areas where officials found unauthorised goods and foreign currencies that were brought in, Ha cited the NIS as saying. 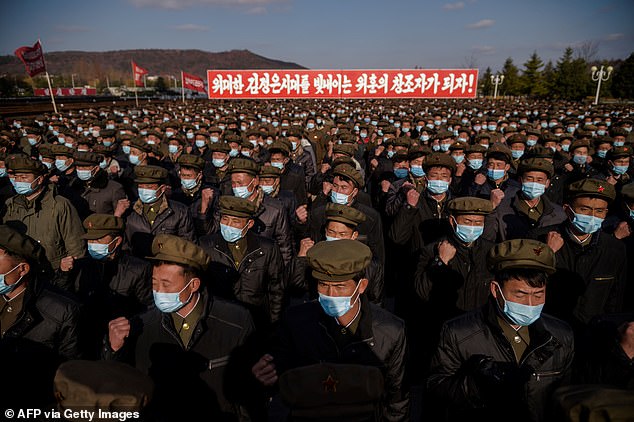 North Korea also made an unsuccessful hacking attempt on at least one South Korean pharmaceutical company that was trying to develop a coronavirus vaccine, the NIS said.

The agency has a mixed record in confirming developments in North Korea, one of the world’s most secretive nations. The NIS said it couldn’t immediately confirm the politcians’ accounts.

North Korea has maintained that it hasn’t found a single coronavirus case on its soil, a claim disputed by outside experts, although it says it is making all-out efforts to prevent the virus’s spread.

A major outbreak could have dire consequences because the North’s health care system remains crippled and suffers from a chronic lack of medical supplies.

The pandemic forced North Korea to seal its border with China, its biggest trading partner and aid benefactor, in January.

The closure, along with a series of natural disasters over the summer, dealt a heavy blow to the North’s economy, which has been under punishing US-led sanctions.

North Korea’s trade with China in the first 10 months of this year totalled $530 million, about 25 per cent of the corresponding figure last year.

The price of sugar and seasoning has shot up four times, Ha quoted the NIS as saying.

North Korea monitoring groups in Seoul said the North Korean won-to-dollar exchange rate has recently fallen significantly because people found few places to use foreign currency after smuggling was largely cut off following the closure of the China border.

According to the NIS briefing, North Korea ordered overseas diplomatic missions not to provoke the United States, warning their ambassadors of consequences if their comments or acts related to the US cause any trouble in ties with Washington. 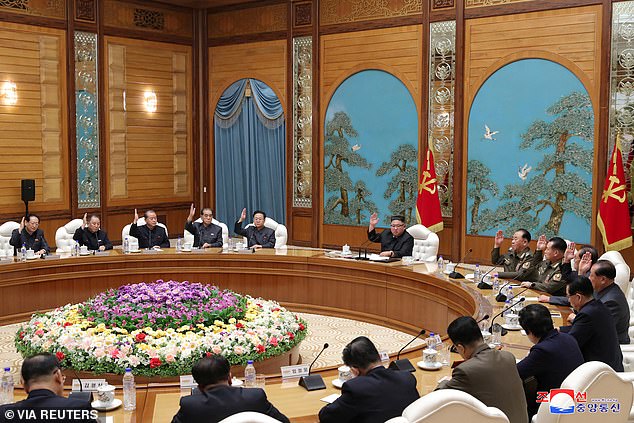 North Korea’s government has remained silent over Biden’s election victory over President Donald Trump, with whom Kim held three summits in 2018-19 over the North’s nuclear arsenal.

While the diplomacy eventually stalled, the meetings helped Kim and Trump build up personal ties and stop the crude insults and threats of destruction they had previously exchanged.

National Assembly member Kim Byung-kee cited the NIS as saying that North Korea is displaying anxiety as its friendly ties with Trump become useless and it has to start from scratch in dealing with the incoming Biden administration.

Experts have been debating whether North Korea will resume major missile tests soon to try to get Biden’s attention. 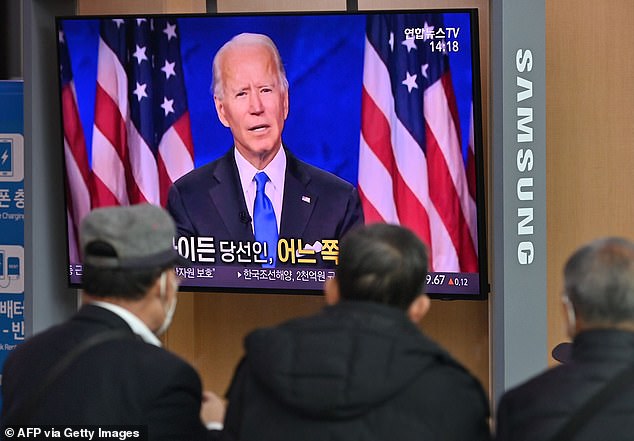 During past government changes in the US, North Korea often conducted big weapons launches in an attempt to increase its leverage in negotiations with a new US administration.

The NIS expects North Korea will hold a military parade ahead of a ruling party congress in January in a show of force timed with Biden’s inauguration.

North Korea is also likely to use the Workers’ Party congress to lay out its basic policies toward the US, Kim Byung-kee cited the NIS as saying.

Kim Jong Un has said the congress, the first of its kind in four years, will set new state objectives for the next five years.

In a highly unusual admission of its policy failure in August, the Workers’ Party said North Korea’s economy had not improved due to severe internal and external barriers and that its previous developmental goals had been seriously delayed.