KIM Jong-un’s sister has been spotted for the first time in two months after she mysteriously vanished, sparking fears she had been killed off.

Kim Yo-jong joined North Korea’s ruthless dictator during a trip to a village along the border which had been ravaged by a typhoon and flooding. 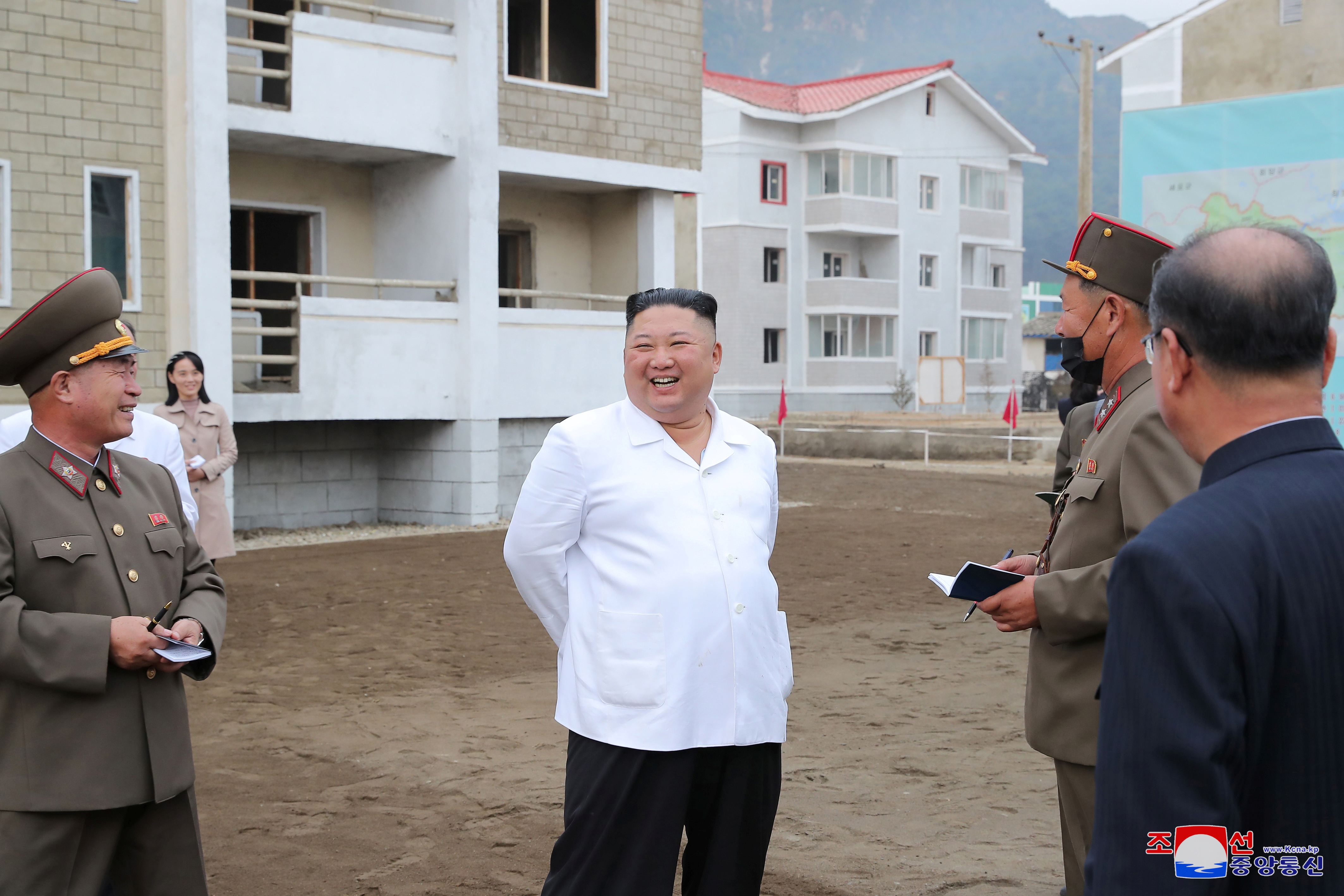 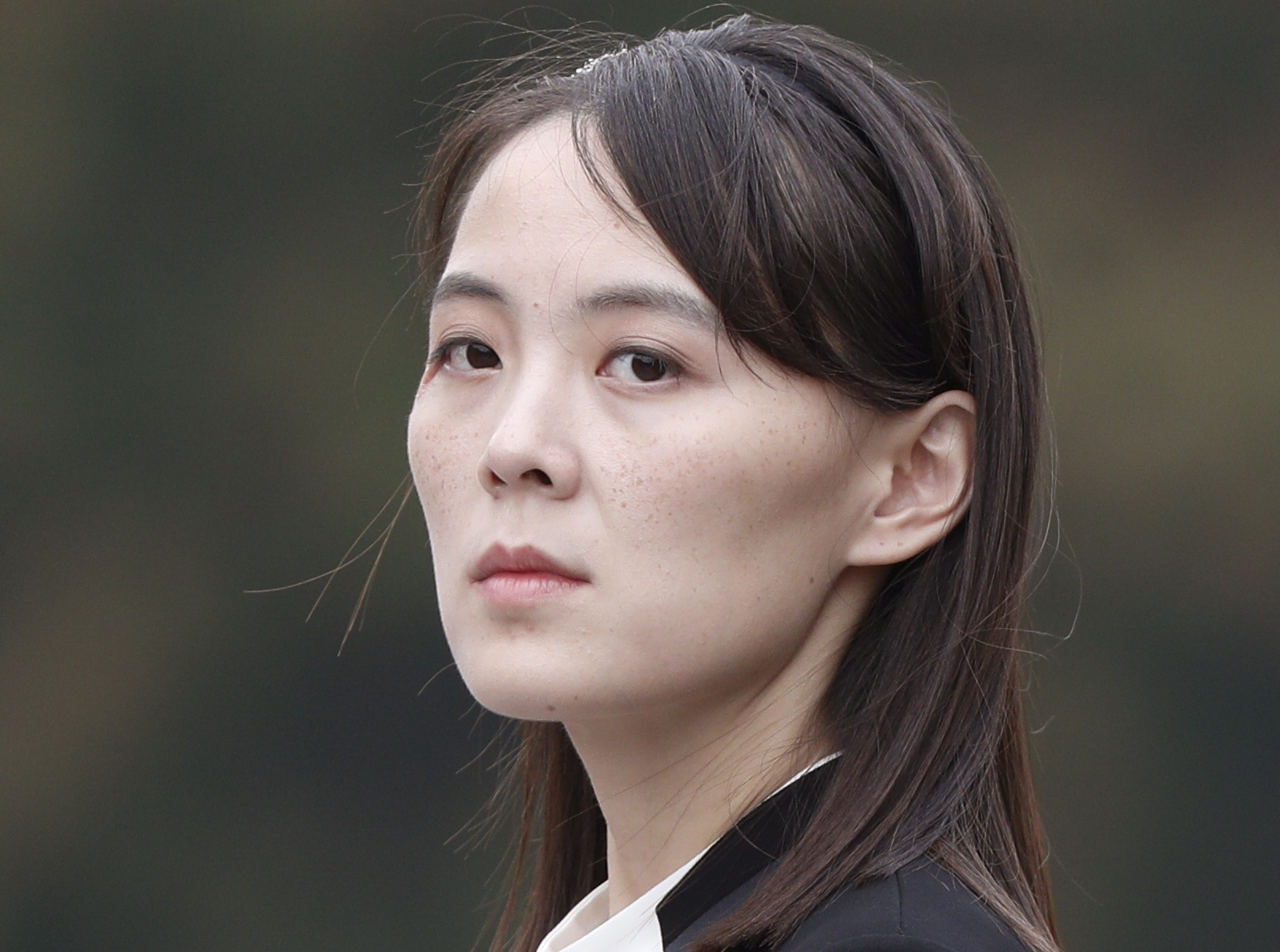 Yo-jong is seen as a key figure in the communist country’s regime – second only to her brother – and described as a political “princess”.

However, despite her standing she hadn’t featured in state media reports since late July, leaving South Korea’s media and intelligence experts trying to figure out what had happened.

As well as fears for her demise there was also speculation she was keeping a low profile for fear of reprisals by her despot brother.

It would seem though her appearance recently would indicate she has not fallen out of favour with her brother.

There had been speculation Yo-jong could take over from her brother when Kim Jong-un disappeared from public view for weeks, among suggestions he was in poor health or possibly even in a coma.

Yo-jong has been a key figure in North Korea’s regime, being seen at a number of summits, including the one with Donald Trump, as well as key events in the country’s calendar.

She was last seen though at an event marking 67 years since the armistice that ended the Korean War.

Yo-jong though has now been seen in state media photos when she went to a village in the county of Kimhwa, close to the border with South Korea.

In one photo Kim Jong-un can be seen laughing with senior officials while his sister, thought to be around 32-years-old, stands a few feet back in front of a block of flats.

Another photo featuring her sees Kim lead a line of people through a field, with Yo-jong second from last.

Kim Jong-un said: "This year has been the one of unprecedented hardships but it will be a year of great victory with particularly great worth of struggle,” according to the country’s state media.

The date of the visit was not given although South Korea’s Yonhap News Agency claimed the visit had taken place on Thursday.

Kim, 36, known as the “supreme leader” praised the speed of the reconstruction work after summer storms and floods and devastated the area.

He added he "felt regretful" that the new houses in the region were of a "monotonous" design.

Towards the end of September Kim issued a rare apology after a South Korean official was brutally executed who tried to defect to the North.

He is said to have told his counterpart over the border – President Moon Jae-in – that the "disgraceful affair" should never have happened.

North Korea is known for its brutal crushing of dissent and never hesitates to take action against critics who may undermine the dictator.

There have been reports this year that suspected coronavirus patients have been executed for not obeying isolation rules.

Defectors have told stories of other brutal executions, including 11 musicians being blown apart by anti-aircraft guns.

It was reported the 47-year-old was found by Kim's troops floating in the North's territorial waters.

He was then shot dead before his body was torched, according to officials in the South Korean capital of Seoul. 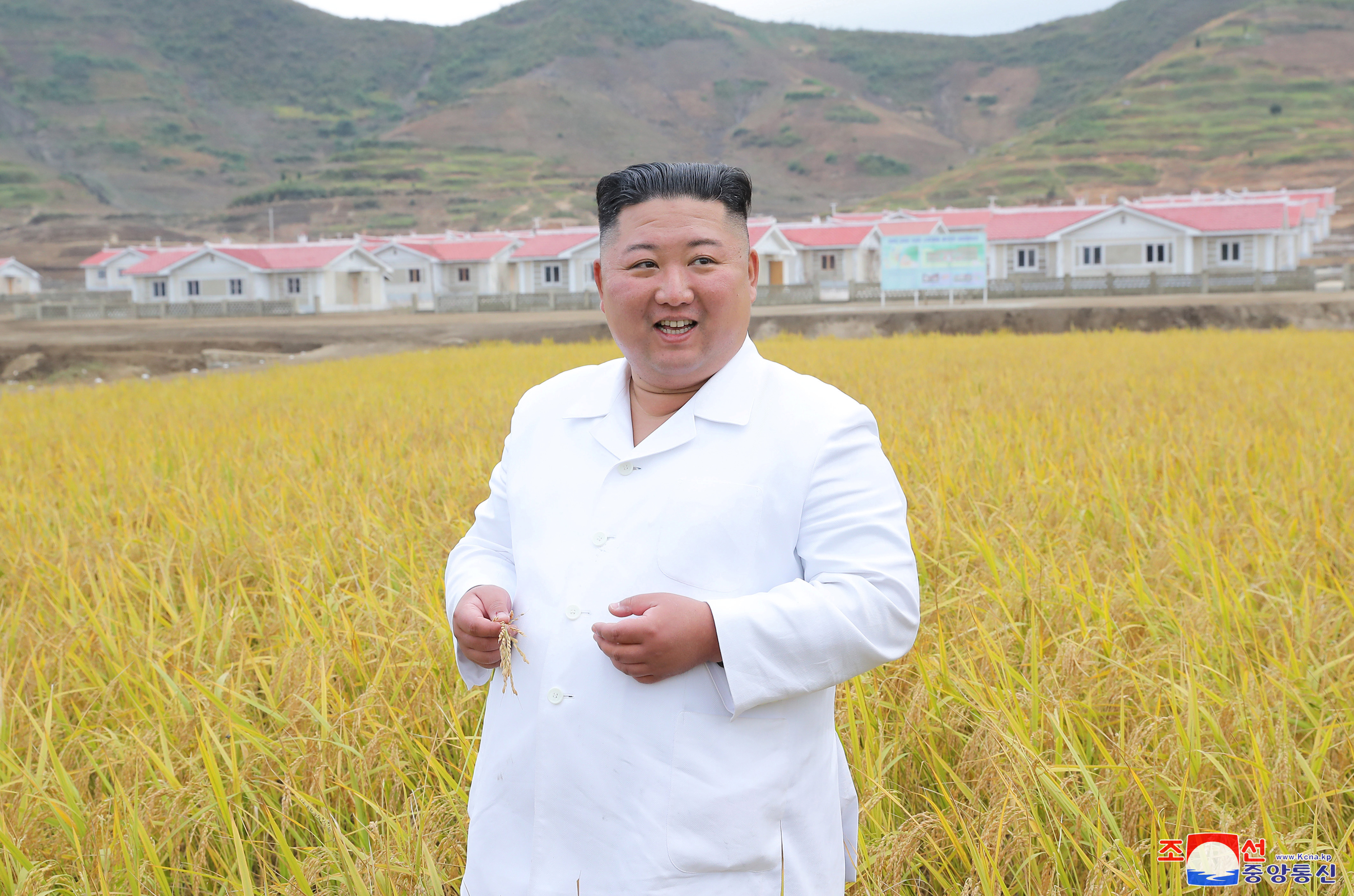 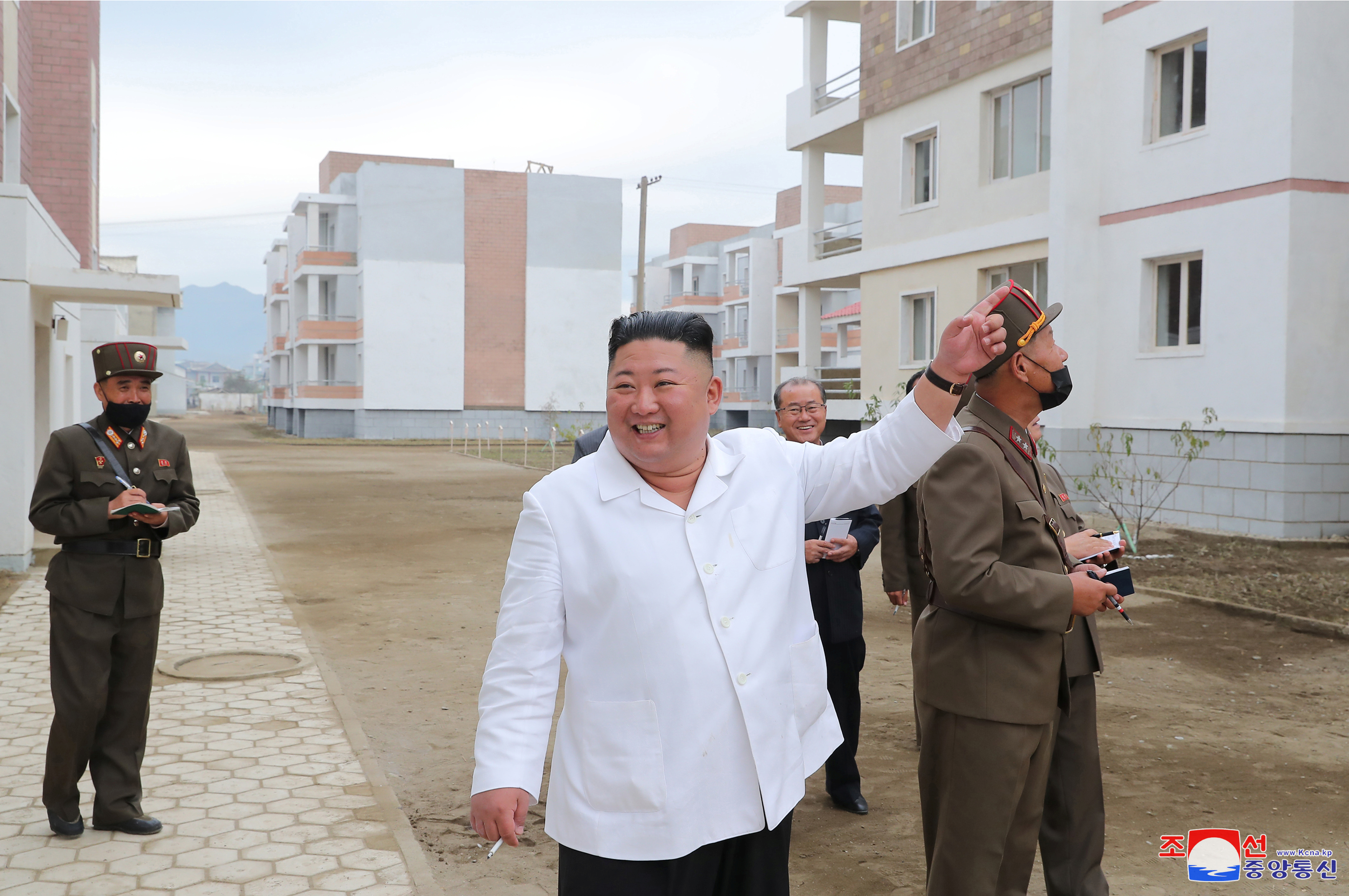 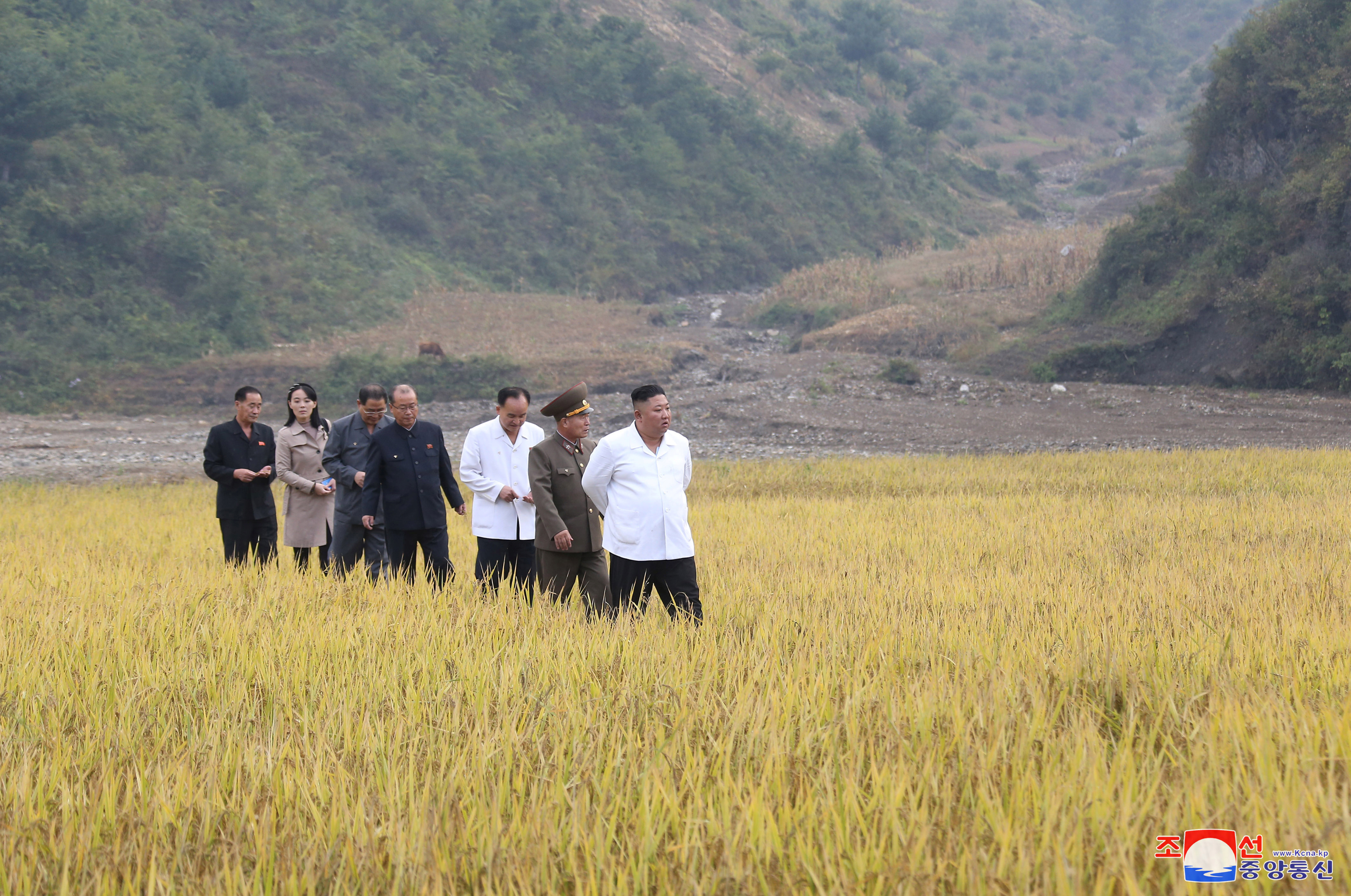