TATTOO artists across the US have been brushing up on their Kobe portraits as LA Lakers fans queue up to get their hero inked.

One studio told the LA Times that they were booked up with Bryant until August, with people coming from as far as Australia to get Mamba tats. 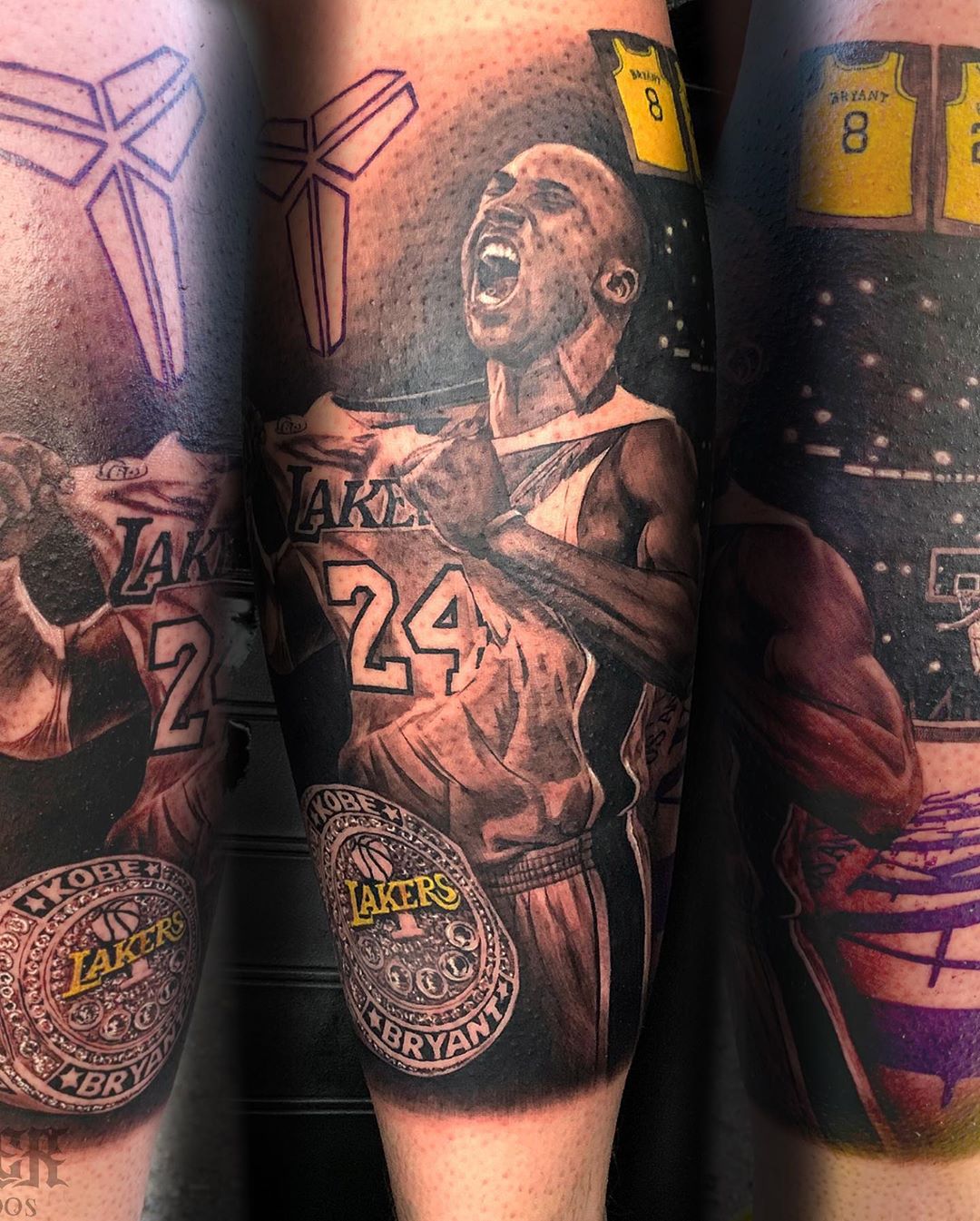 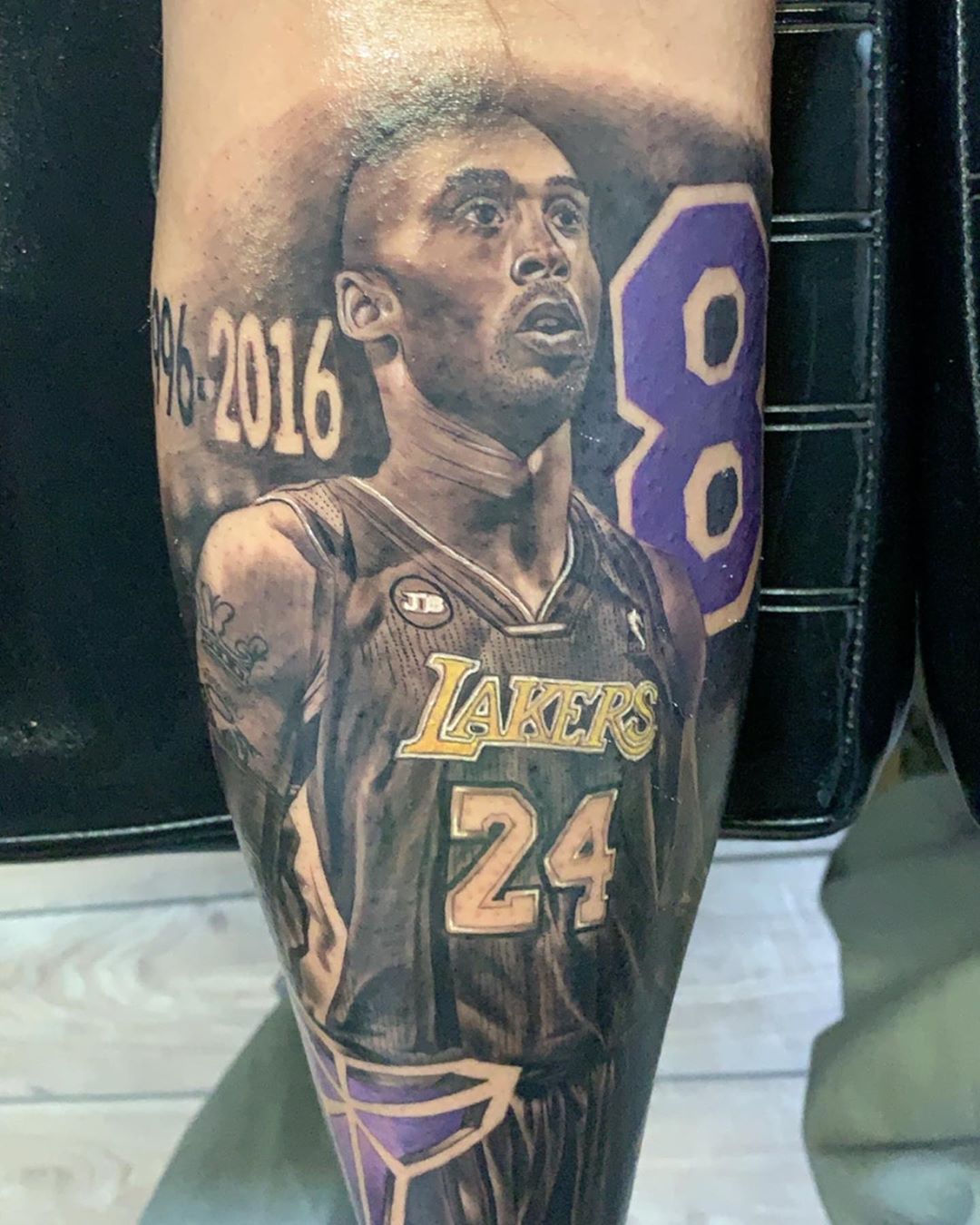 Throughout Southern California studios have been inundated with memorial works varying from intricate, original designs to quick classics: Bryant’s jersey number, his shoe logo, his signature.

LaBron James and Anthony Davis also got tattoos in tribute.

LeBron's tattoo features a black mamba, Bryant's 24 and 8 numbers, two roses and the phrase "Mamba 4 Life" which he posted under the title "My brother".

Davis has one that features a black mamba circled around Bryant's famous brand logo. 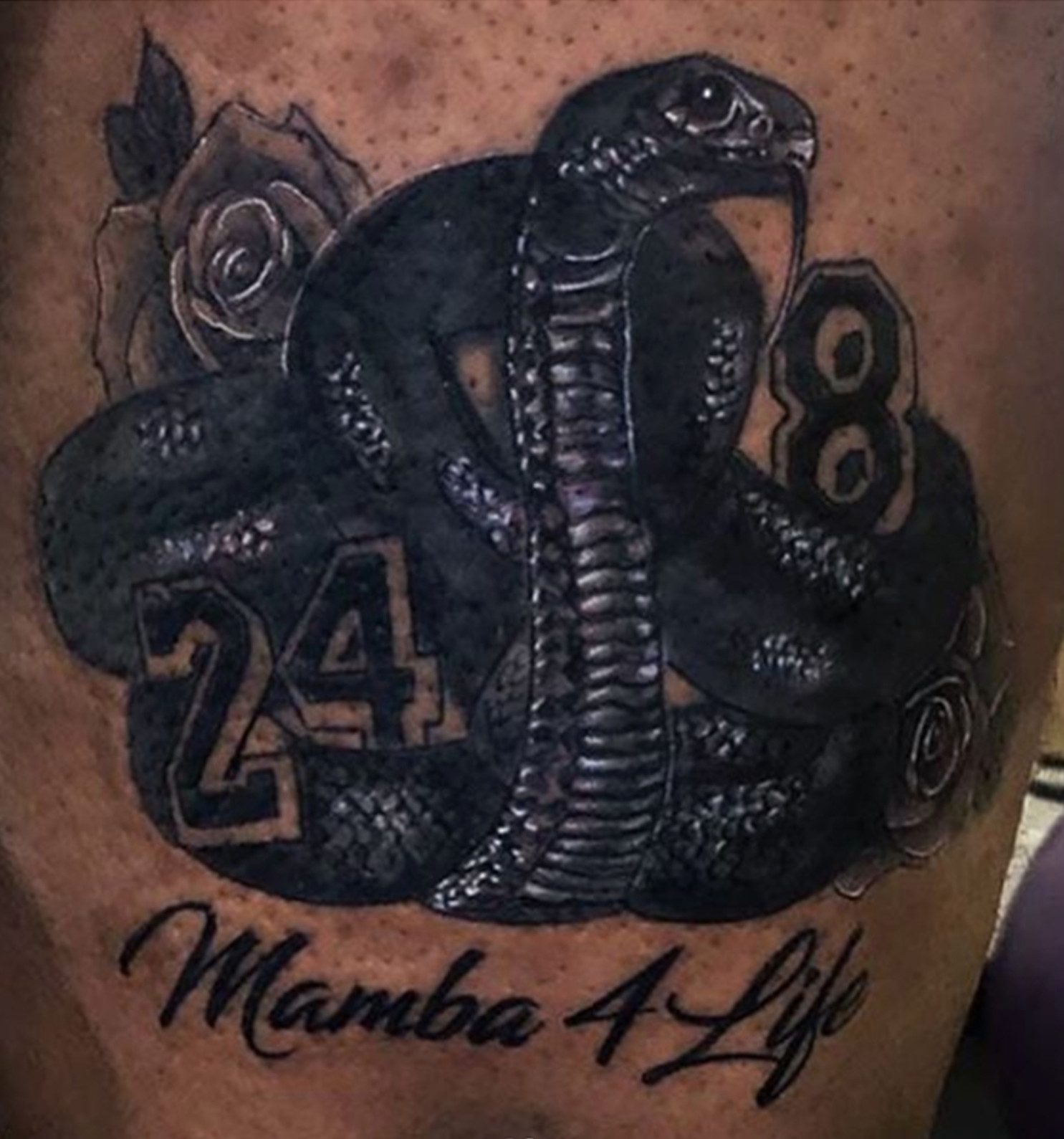 Shaquille O'Neal's son, Shareef, joined the trend and got a massive leg tattoo to honor Kobe and Gianna, who were close family friends.

One shop said its business has tripled. Another artist said he is booked for the rest of the year, and the fervor far outweighs any other cultural moment he has seen in his nine-year career.

Bryant himself had six tats: a three-part homage to his wife Vanessa, with a butterfly crown, angel wings, Psalm XXVII and her name inked on his right shoulder and bicep, along with the names of his three of his four daughters on his forearm.

The sporting superstar had allegedly intended to get his latest arrival, Capri, before he died. It was scheduled for February 5.

Anthony Lozano, a 33-year-old life-long Lakers fan, explained his motivation to get the tattoo.

He said: “It’s a token of respect for how he affected me and so many other people. It’s an honor to put this on my body.”

Artists across LA have been keeping their prices as low as possible in spite of the soaring demand, some even only charging on material costs, all in honor of their hero, Kobe. 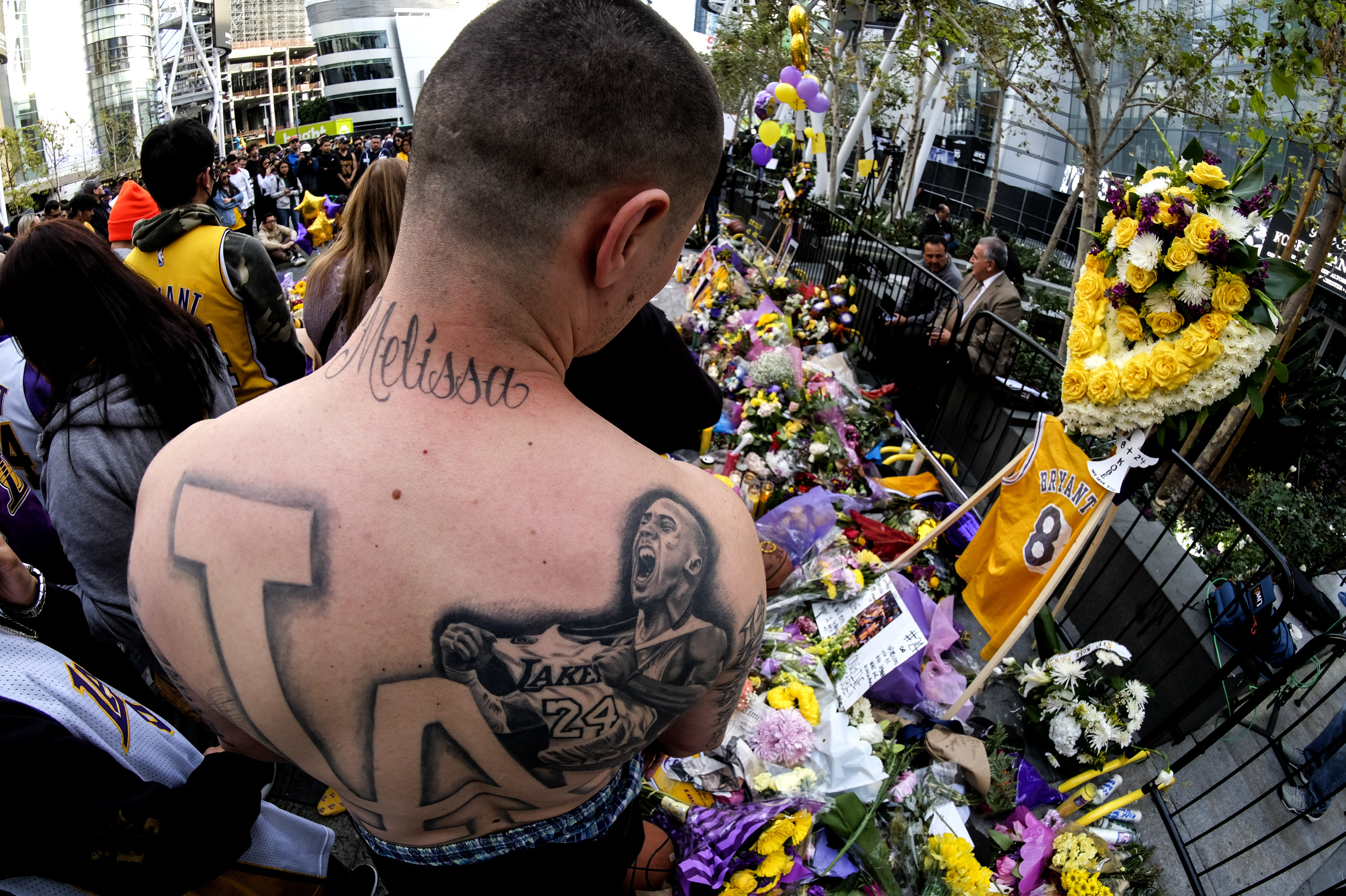 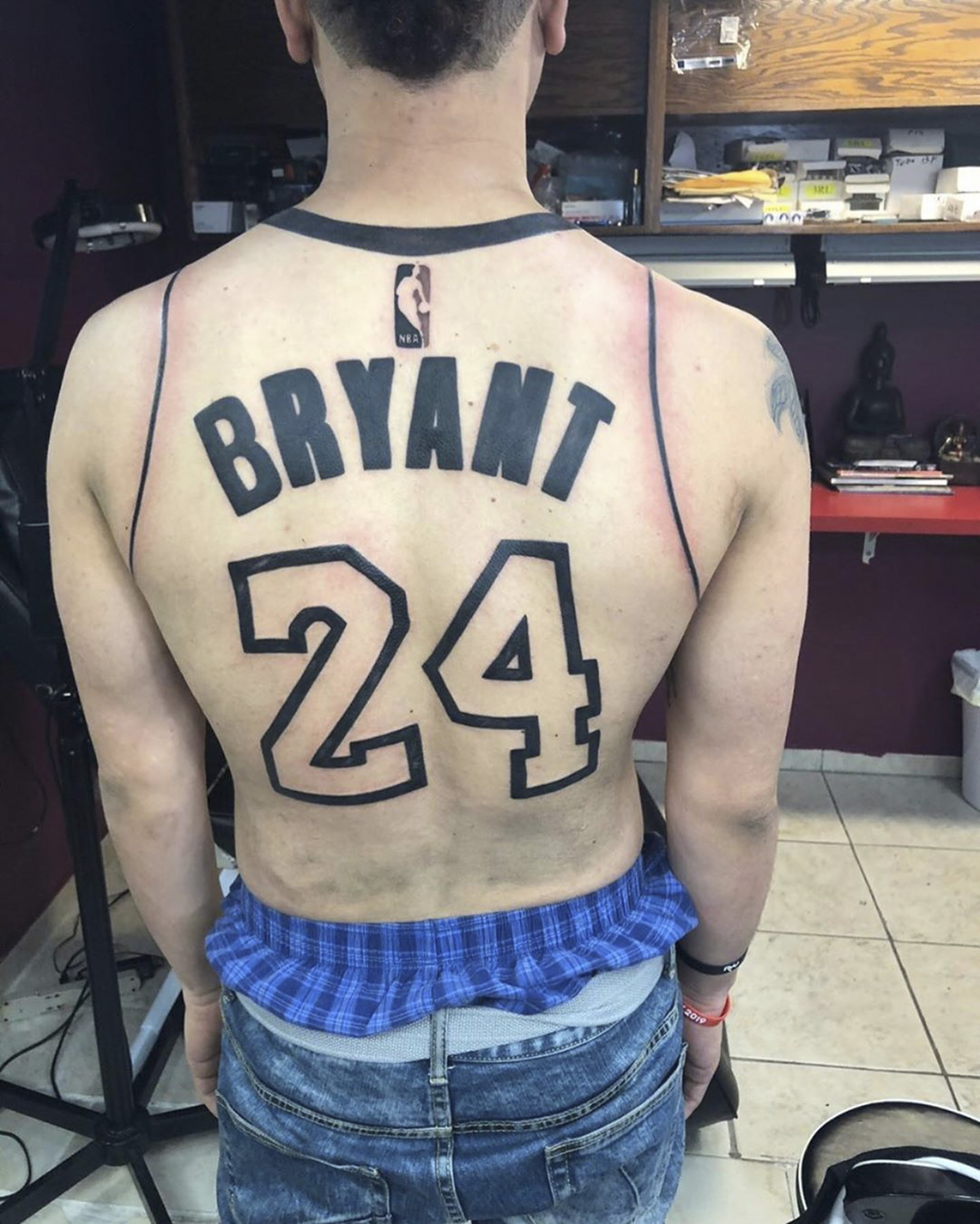 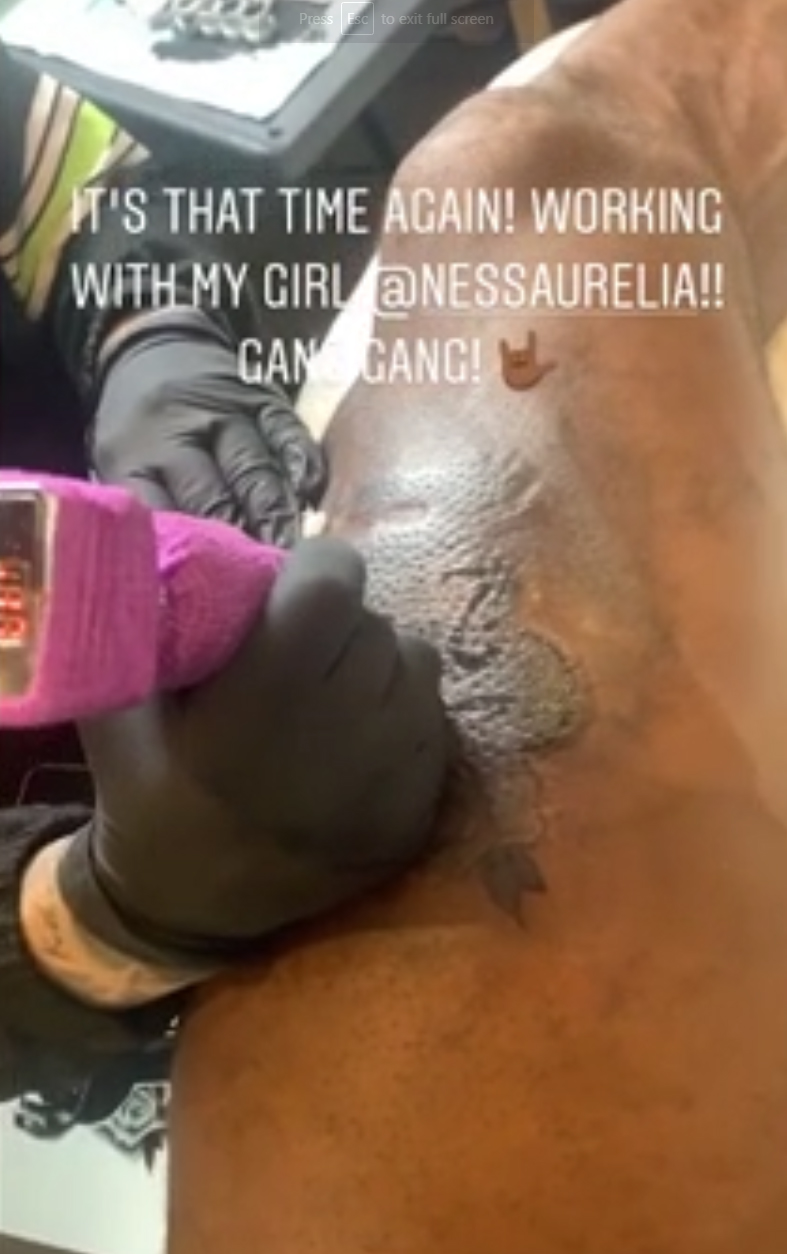 Bryant?, fl, Kobe, requests, TATTOO
You may also like: