A woman who bit off an alleged rapist’s tongue in South Korea is seeking a retrial 56 years after she convicted.

Choi Mal-ja, 74, was sentenced to six months in prison suspended for two years in 1964 for taking off half an inch of her alleged attacker’s tongue.

The 18-year-old Choi was incarcerated for six months during her trial for grievous bodily harm against the 21-year-old man identified only as Roh.

She will submit her request for a retrial at Busan District Court on Wednesday, pleading self-defence, rights group Women’s Hot Line said in a statement. 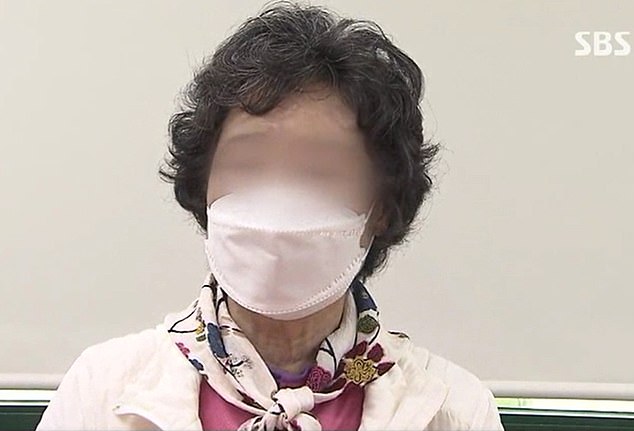 Choi Mal-ja, 74, was sentenced to six months in prison suspended for two years in 1964 for taking off half an inch of her alleged attacker’s tongue

This was the same line of defence she had pursued as a teenager when she says Roh forced his tongue inside her mouth close to her home late at night in May 1964.

However, the police rejected her story and later the court.

The judge even asked Choi whether she had any affection for the man and suggested she should marry him, Yonhap reported.

The court went on to find her guilty and Choi’s father payed compensation to Roh in an effort to secure a more lenient sentence for his daughter.

Furthermore, Roh was not charged with assault or attempted rape, only with him with trespassing and blackmail.

He was also sentenced to six months imprisonment, suspended for two years.

Choi spoke to the Women’s Hot Line at the end of 2018 after she was encouraged by the #MeeToo Movement.

‘There will be many women who have lived with resentment, like Choi, stemming from the patriarchal social atmosphere of that time,’ a Women’s Hot Line official told Yonhap.

‘She has decided to seek a retrial after 56 years to communicate a message of courage and self-esteem to such women.’

biting, convicted, for, korean, of
You may also like: