Has Korea meeting revealed Kim Jong-un’s TRUE height? Dictator is officially 5ft 7in but he appears to be an inch SHORTER than President Moon who is believed to be 5ft 6in

Kim Jong-Un reportedly claims to be 5ft7in tall – however pictures from today’s summit in South Korea appear to tell a different story.

The North Korean dictator looks at least one inch shorter than South Korean President Moon Jae-In – who is reportedly 5ft 6in.

Photos of the pair standing and walking side-by-side in the border village of Panmunjom, shows that Kim is shorter than President Moon, despite his infamous bouffant hairstyle. 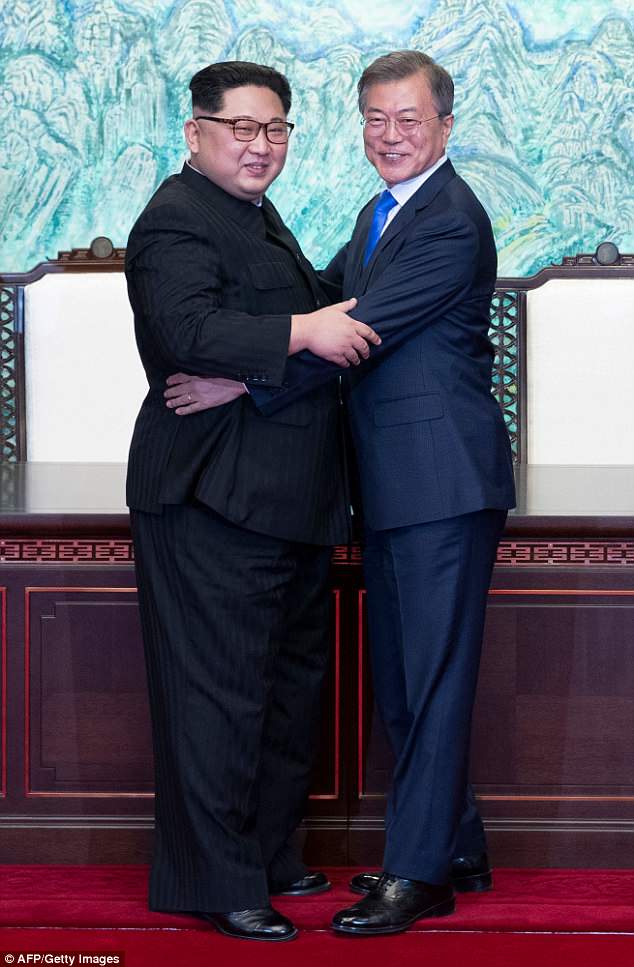 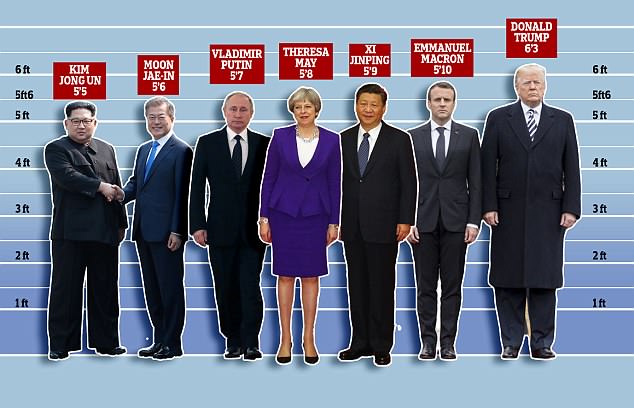 Leading the way: With the North Korean dictator appearing to be closer to 5ft 5in – he is significantly shorter than most of the world’s leaders

Neither of the Korean leaders seem to be wearing shoes with higher heels than a normal men’s dress shoe, so it would appear that Kim Jong-Un is shorter than he claims to be.

The height of the Kim men has been a delicate subject in North Korea, with his father Kim Jong-Il – a modest 5ft2in – wearing Cuban heeled shoes to look taller.

Kim Jong-Un’s height has seen him ridiculed by U.S. President Trump during their now-infamous trading of insults last autumn.

In November last year, Trump tweeted: ‘Why would Kim Jong-Un insult me by calling me “old”, when I would NEVER call him “short and fat?”‘ 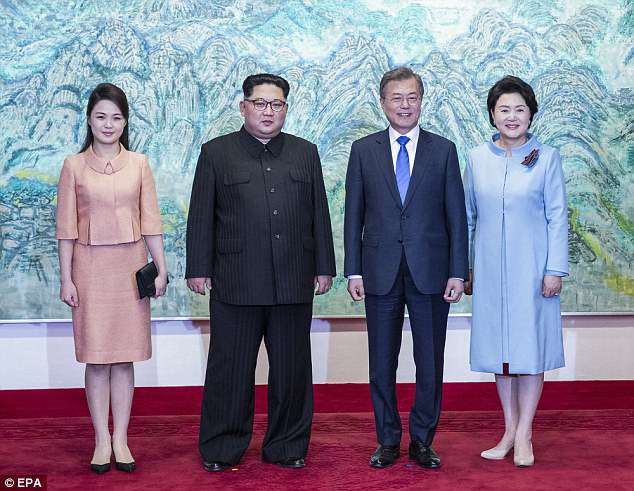 Vertically challenged: This photograph taken of the two leaders with their wives also appear to indicate that 5ft 6in President Moon is taller than Kim Jong-Un 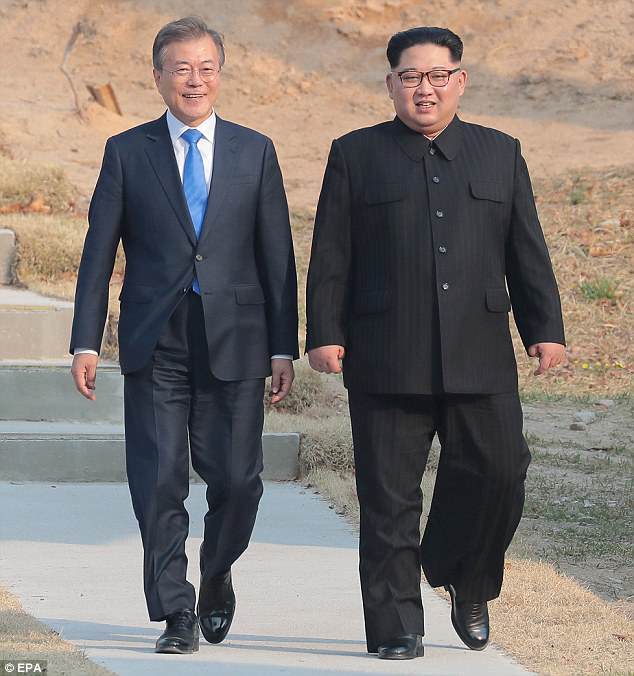 But just like Kim, Trump has also been accused of lying about his height. His 2012 driving licence lists his height as 6ft 2in, but his doctor put his height to 6ft 3in in his medical check in January this year.

Pictures of him posing next to his predecessor Barack Obama – who is 6ft 1in – would also indicate that he is not 6ft 3in.

However, it still puts him in the taller end of the spectrum when it comes to world leaders.

Russian president Vladimir Putin is a modest 5ft 7in, but he is still taller than German Chancellor Angela Merkel at 5ft 5in.

Theresa May – without leopard print kitten heels – is 5ft 8in tall, while France’s Emmanuel Macron revealing in an interview that he is 177cm – just under 5ft 10in.