A state-owned Russian TV channel has broadcast a spoof interview with ‘Barack Obama’ in which the former US president is played by a female comic in blackface.

During the segment Keosayan pretends to interview ‘Obama’ about his new book of memoirs, before the camera reveals a female comic in blackface. 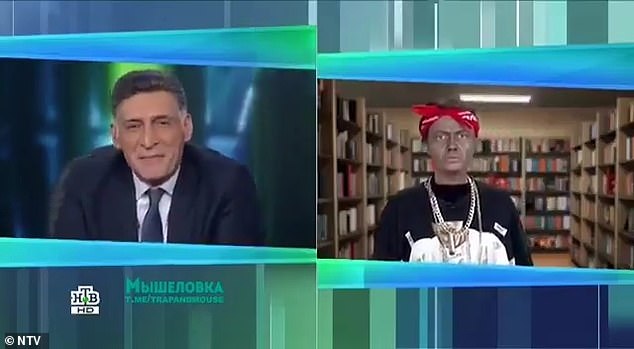 Referring to Obama as ‘the dark side of American history’, Keosayan asks the comic whether she considers her new book an achievement.

While imitating a rapper – dressed in glad chains, a baggy t-shirt and bandanna – the coming enthusiastically agrees, responding that ‘none of my relatives that came before me could write’.

Asked what she considers the most important aspect of the book to be, she replies ‘royalties’.

At another point, the comic begins chanting ‘Black Lives Matter’ but is shut down by Keosayan who responds that ‘there is no racism in Russia’.

Asked to recite a passage from her memoirs, the comic performs a brief rap about President Donald Trump.

The ‘interview’ was aired on Russian TV station NTV, which is owned through a subsidiary by state-owned energy company Gazprom. 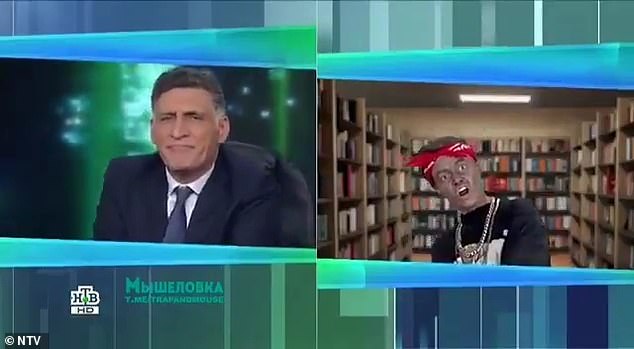 The fake Obama rapped his way through the segment, said his new memoir is an achievement because ‘my family can’t read’ and that the most important aspect of it is ‘royalties’ 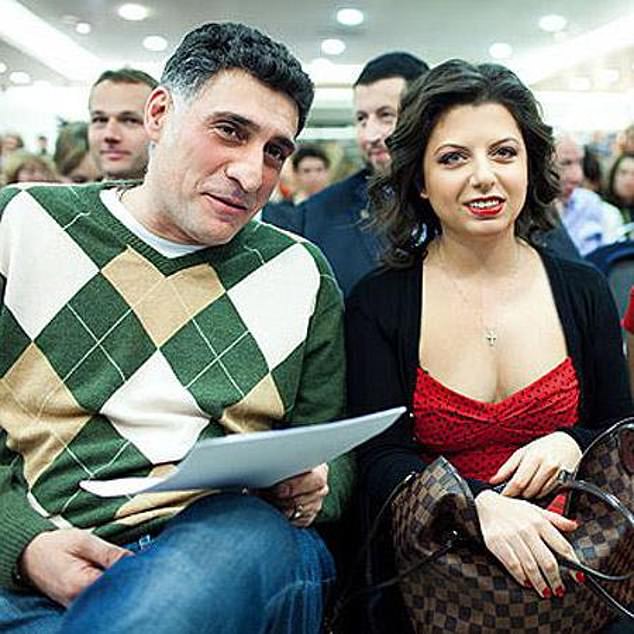 Host Tigran Keosayan (left), a film-maker, is married to Margarita Simonyan (right), who is a writer for the show as well as being editor for the English-language version of RT

Keosayan is also the partner of Margarita Simonyan, the editor of the English-language version of RT – which has been accused of being a Russian propaganda channel by western governments – and state-owned news wire Rossiya Segodnya.

Simonyan is also a writer for the satirical news show that stars her husband.

The sketch was posted on Twitter by Alexei Navalny, an arch critic of Russian President Putin, who sarcastically branded it a ‘masterpiece’.

‘They receive for each episode in the region of $65,000,’ Navalny wrote. ‘And I remind you that Keosayan sent his daughter to study in New York.’

Russian Twitter users also criticized the clip, calling it ‘garbage’ and criticizing the use of blackface on a state-run channel.