Lawsuit claims Harvey Weinstein 'coerced actress into sex with him'

Harvey Weinstein ‘coerced actress into having sex with him after proclaiming himself the “King of Hollywood” and threatening to blacklist her from the film industry,’ new lawsuit claims

Harvey Weinstein is facing a civil lawsuit in Los Angeles accusing him of coercing an actress into having a sexual encounter with him by enticing her with a film role and threatening to ‘blacklist’ her from Hollywood if she were to reject his advances.

The newly filed civil complaint accuses the disgraced movie mogul of sexual assault and battery stemming from an incident that took place at the high-end Peninsula Hotel in Beverly Hills in 2014.

Weinstein, who was sentenced last week to 23 years in prison for rape and sexual assault, this morning was transferred from the notorious Rikers Island jail to the high-security Downstate Correctional Facility in Fishkill, New York.

The plaintiff in the lawsuit obtained by TMZ, known only by the generic pseudonym Jane Doe, claims that she first met Weinstein at an event in Los Angeles in 2014, at which time the Miramax co-founder allegedly boasted to her, ‘I run Hollywood,’ before inviting her to a followup meeting. 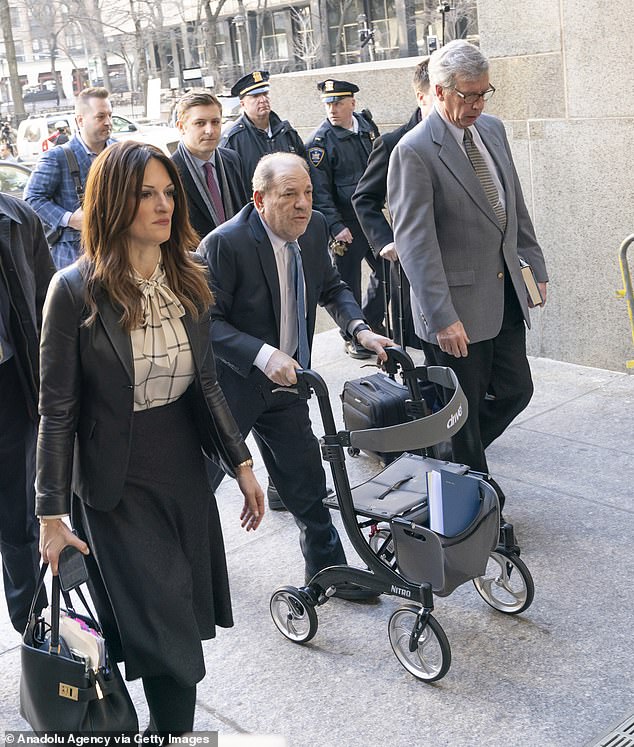 Harvey Weinstein, pictured during his high-profile rape trial in New York in February, is being sued for sexual assault and battery involving an actress in Los Angeles 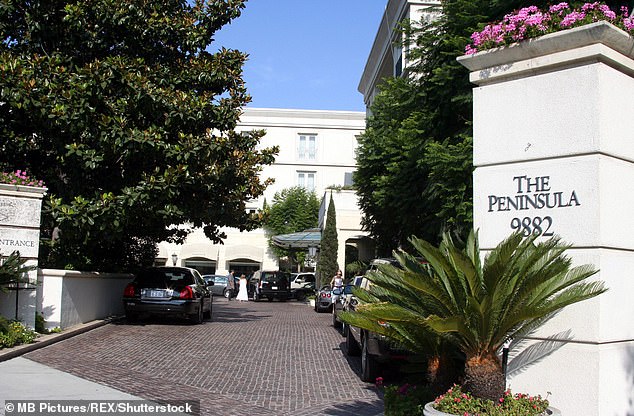 The lawsuit claims Weinstein offered the woman a role during a meeting at The Peninsula hotel in 2014, then threatened to derail her career if she refused to have sex with him

The complaint goes on the say that the actress and Weinstein were set to meet in the lobby of the Peninsula Hotel in Beverly Hills, but the Shakespeare in Love producer did not come down, instead inviting her up to his suite.

According to the lawsuit, Weinstein met the woman at the door wearing a bathrobe without a belt.

During their conversation, Weinstein allegedly called himself the ‘King of Hollywood,’ told the actress she would be perfect for several movie projects, and urged her to be smart about being nice to the right people in the industry.

Later, Weinstein excused himself to go the the bathroom. The lawsuit states that when the woman heard the shower running, she exited the hotel room. 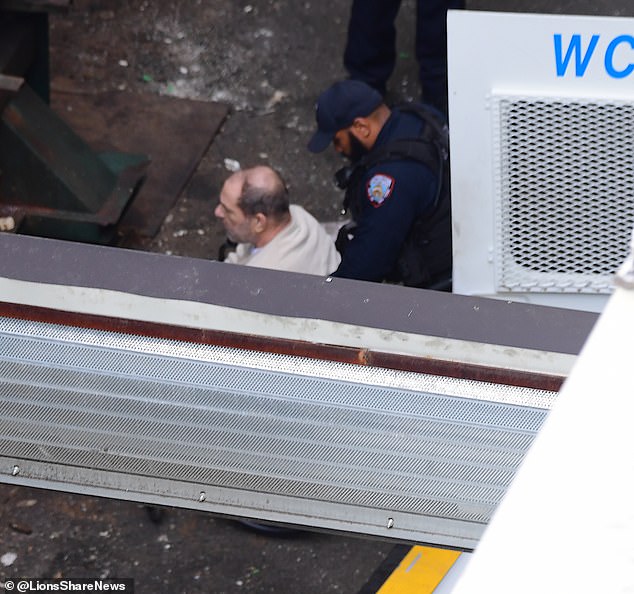 Weinstein, who turns 68 tomorrow, is pictured being transferred from the Rikers Island jail to the state jail in Fishkill, New York, on Wednesday

Sometime after that first meeting, Jane Doe says in the complaint that Weinstein sent her a script for a film and demanded a second-face-to-face meeting at the same hotel.

When she went up to Weinstein’s room for what she thought would be a business meeting, according to the court filing, the producer again met him in a bathrobe.

This time, their conversation took a menacing tone when the powerful movie mogul allegedly threatened to derail the actress’ fledgling career if she were to reject him.

Jane Doe says she felt cornered and submitted to Weinstein’s demands. The lawsuit alleges that during their sexual encounter, the married father-of-five had the woman call him ‘king.’

The woman, who is suing for unspecified damages, says in the complaint that in the wake of her encounter with the married film producer, she fell into a depression, suffered a mental breakdown and started losing her hair. 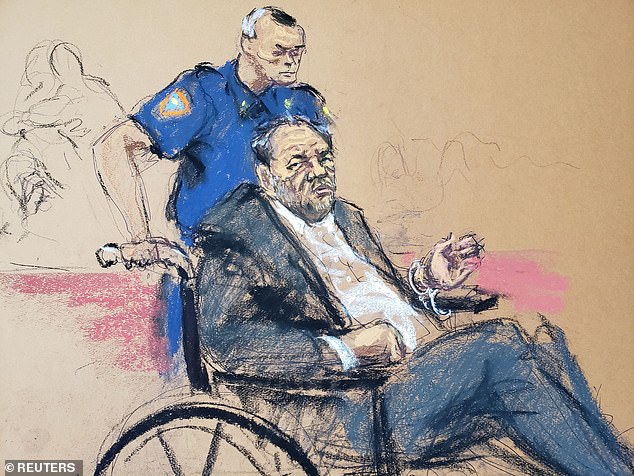 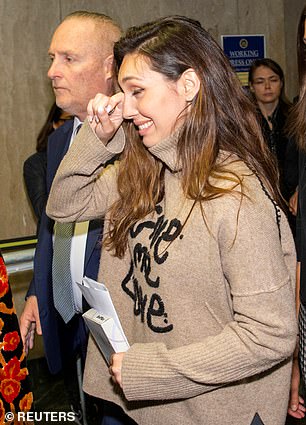 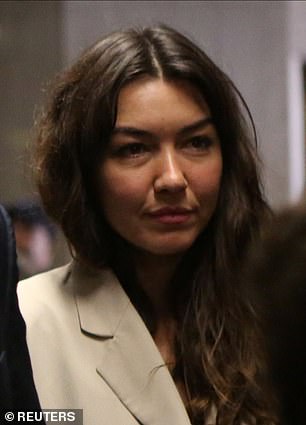 Weinstein’s spokesperson told TMZ on Wednesday his legal team is reviewing the new allegations outlined in the lawsuit.

Weinstein, who turns 68 tomorrow, was convicted in February of a criminal sexual act in the first degree and rape in the third degree, while being cleared of predatory sexual assault charges.

He was convicted of raping ex-actress Jessica Mann in 2013 and of forcibly performing oral sex on former production assistant Mimi Haleyi in 2006.

Weinstein had received treatment at a hospital following his sentencing on March 11 after complaining of chest pains.