THE LEADER of The Base white supremacist group who ran a "hate camp" has been arrested after a family was "terrorized."

Justen Watkins, 25, of Bad Axe, and Alfred Gorman, 35, of Taylor, were charged with gang membership, unlawful posting of a message and using computers to commit a crime, according to Michigan Attorney General Dana Nessel’s office. 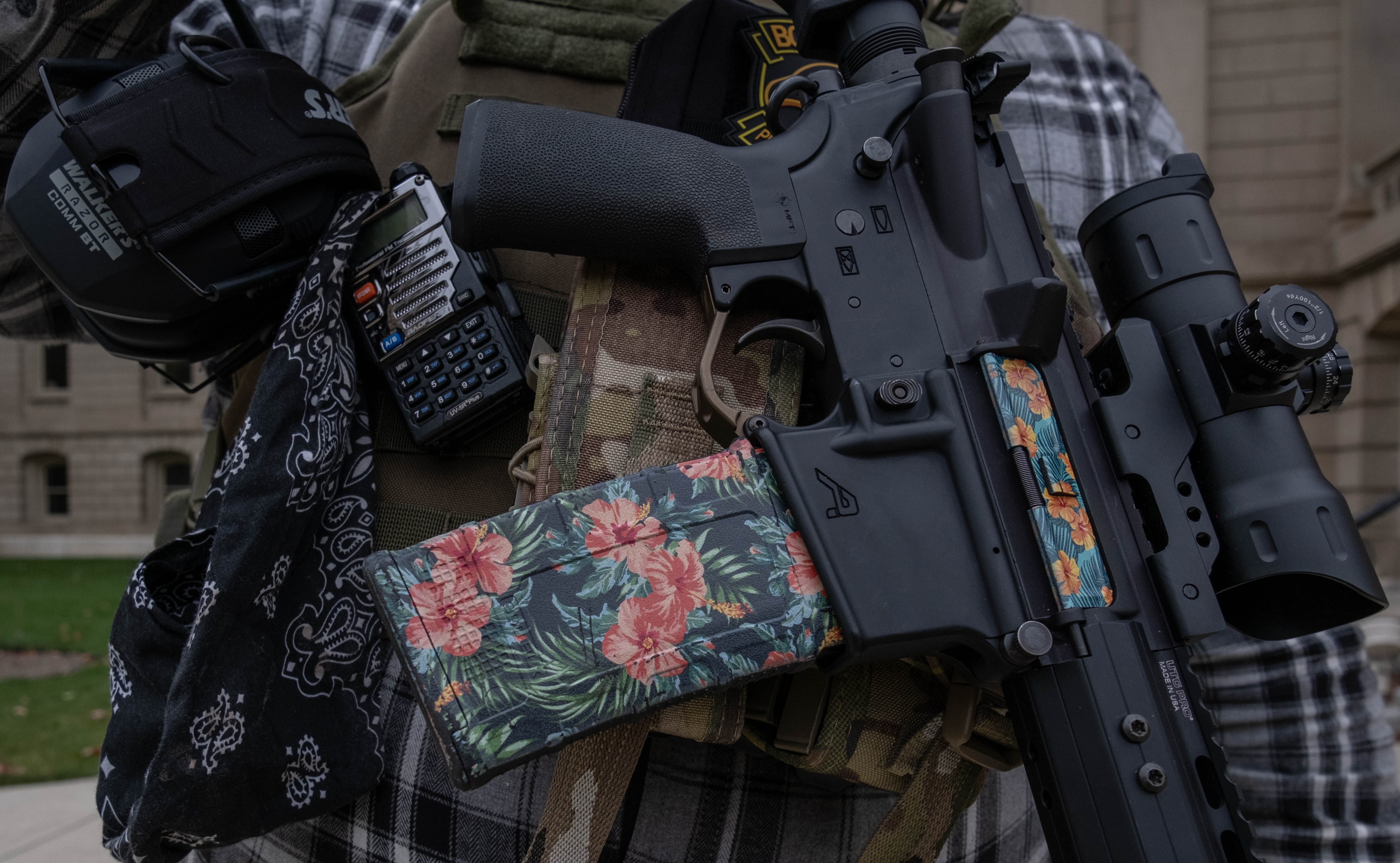 The charges followed an investigation by Michigan State Police and the FBI into a group called The Base and a December 2019 incident in which a family in Dexter saw men in dark clothing shining a light and taking photos on the front porch of their home.

The photos were uploaded onto The Base’s social media platform channel along with a caption that alluded to a person involved with an Antifa podcast, according to authorities.

Nessel’s office said the group was targeting that person, but that he had never lived at the home, which is about 52 miles west of Detroit.

Antifa is an umbrella description for far-left-leaning militant groups that resist white supremacists at demonstrations and other events. 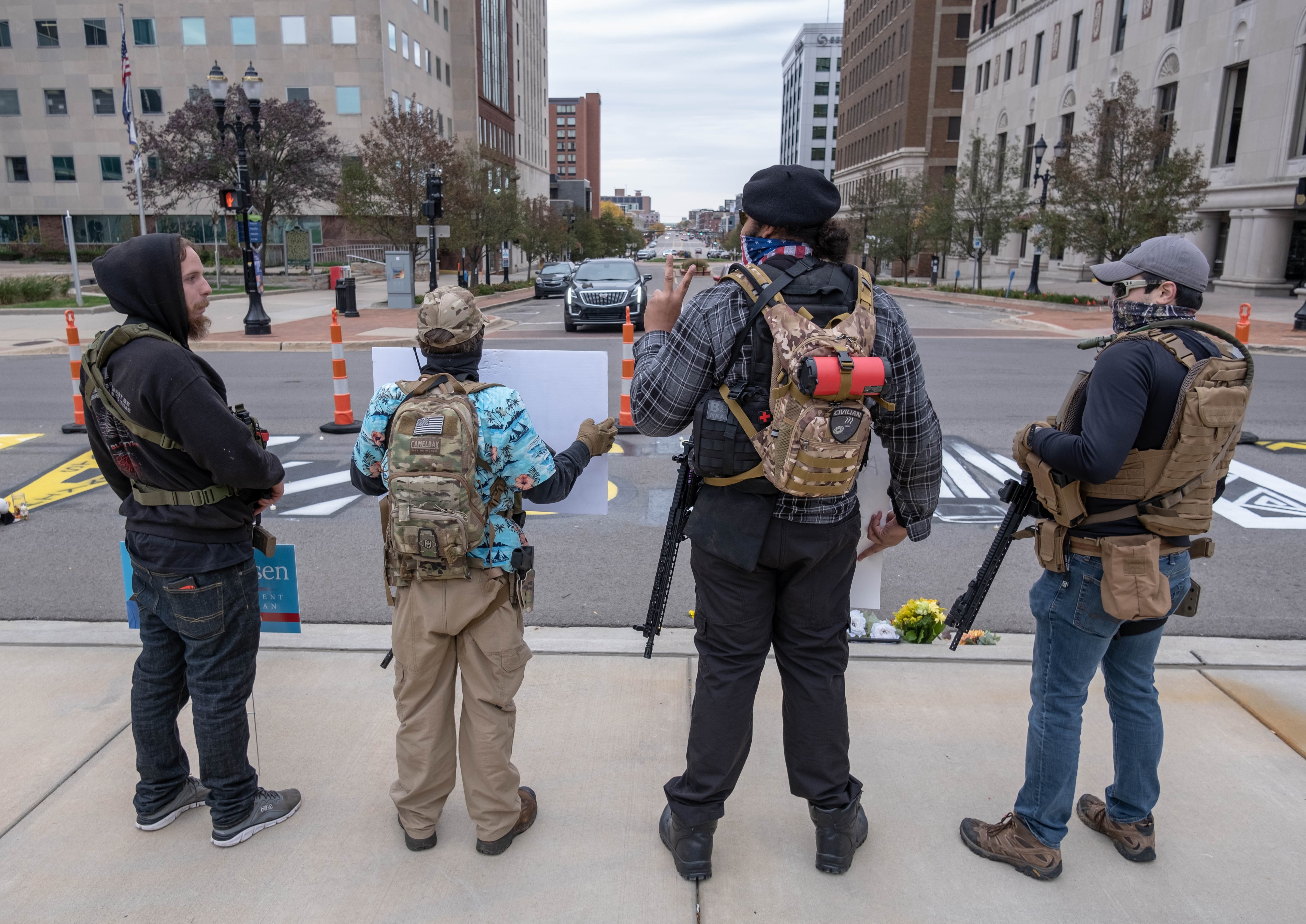 "Using tactics of intimidation to incite fear and violence constitutes criminal behavior," Nessel said. "We cannot allow dangerous activities to reach their goal of inflicting violence and harm on the public."

The arrests come after authorities earlier this month alleged that members of two anti-government paramilitary groups — the Michigan III%ers and the Wolverine Watchmen — took part in plotting to kidnap Michigan Democratic Governor Gretchen Whitmer before the November 3 elections in reaction to what they viewed as her "uncontrolled power."

Some were charged under federal law and others under state law. Some of the Wolverine Watchmen are accused of planning and training for other violent crimes, including storming the Michigan Capitol building. 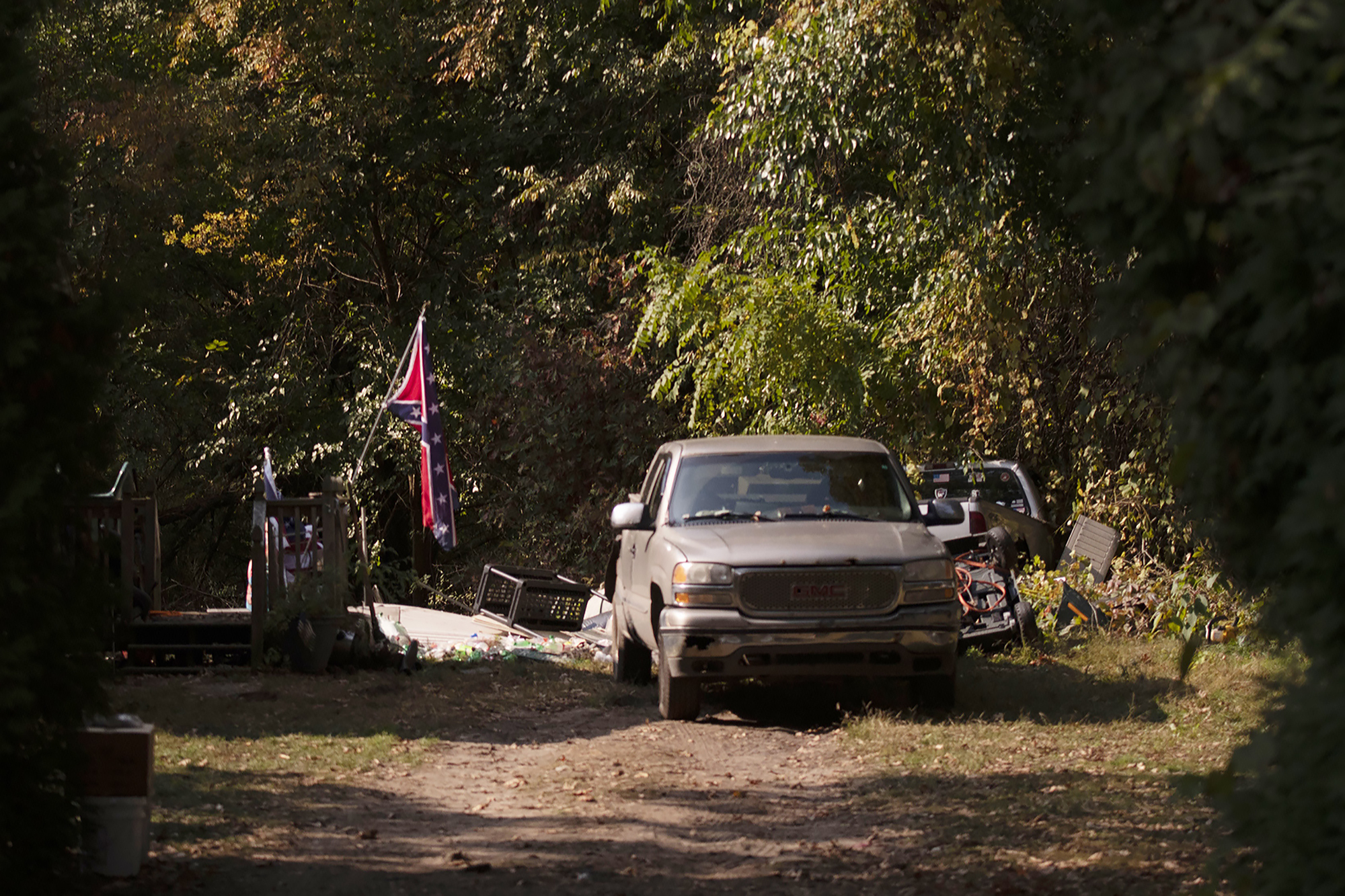 Whitmer has placed some blame on President Donald Trump, noting that he did not condemn white supremacists in the first presidential debate with Joe Biden and instead told a far-right group to “stand back and stand by.”

“Hate groups heard the president’s words not as a rebuke but as a rallying cry, as a call to action,” Whitmer said at the time.

Watkins and Gorman were being held Thursday in the Washtenaw County Jail pending arraignment. Watkins has professed to be the appointed leader of The Base and reportedly ran a hate camp that included tactical and firearms training, Nessel’s office said.

The Anti-Defamation League says The Base is a small, militant neo-Nazi organization that was formed in 2018 and in which members portray themselves as vigilante soldiers defending the “European race.” The group is preparing for an impending race war, according to the ADL.

Three men linked to The Base were arrested in January on federal felony charges in Maryland and Delaware — days before they were believed to be headed to a pro-gun rally in Richmond, Virginia.

The group’s leaders have used online chat rooms to encourage members to meet in person and engage in military training to prepare for an insurgency against the US government, Nessel’s office said.

base, leader, of, Supre, the, White
You may also like:

Fracas puts the focus on how dependent we are