Leader of Venezuela Congress says he is prepared to assume presidency

CARACAS (Reuters) – The leader of Venezuela’s opposition-led congress said on Friday he was prepared to assume the country’s presidency on an interim basis and call elections, just one day after leftist President Nicolas Maduro was sworn in for a disputed second term. 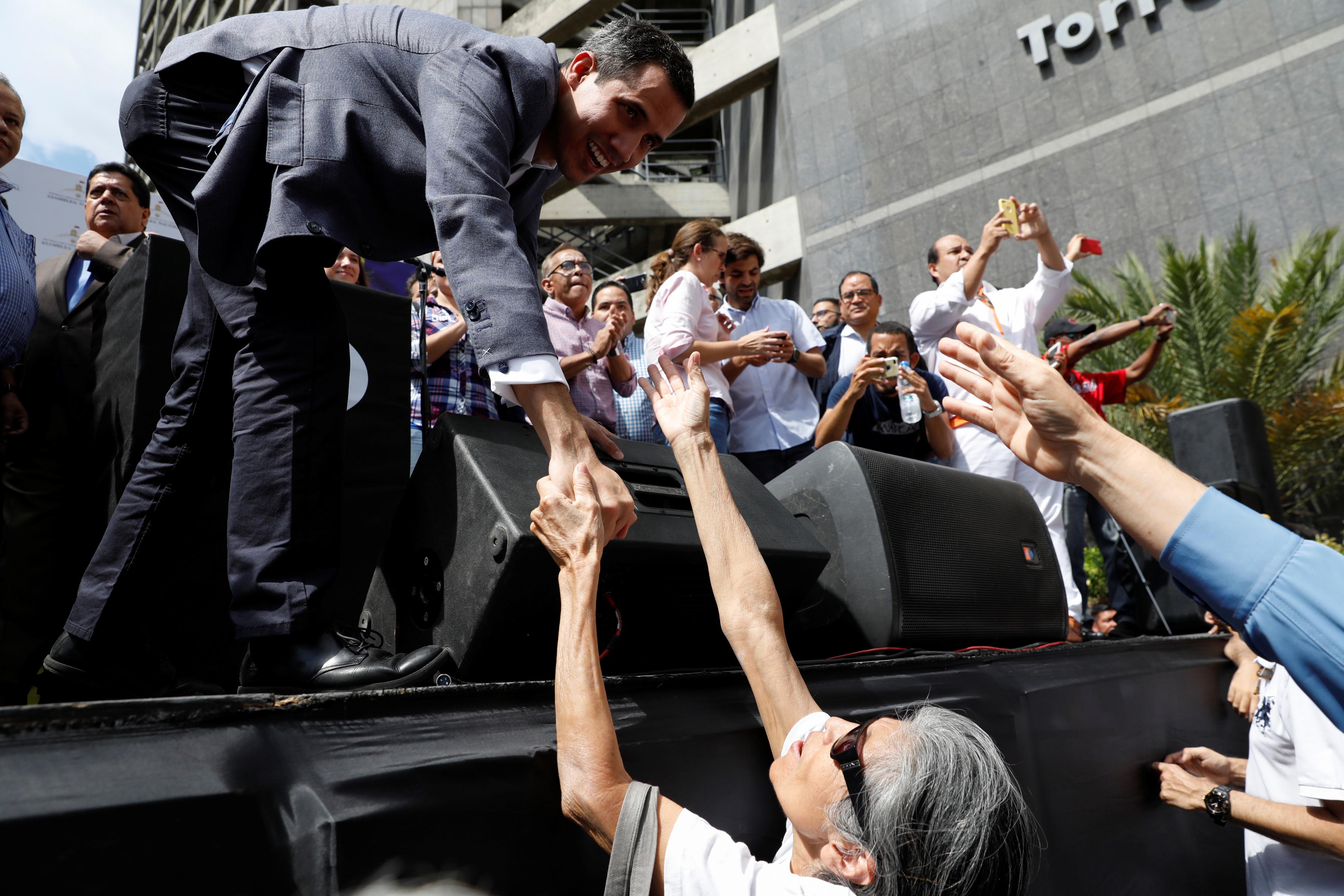 Juan Guaido, a lawmaker from the hard-line Popular Will opposition party who was elected to head the National Assembly on Jan. 5, said he would only take office with support of the armed forces. He also called for protests on Jan. 23, the anniversary of the fall of a military dictatorship in 1958.

“It should be the people of Venezuela, the armed forces, and the international community that give us a clear mandate to assume” the presidency, Guaido said in a speech to supporters outside the United Nations (U.N.) program office in Caracas.

Maduro was re-elected last year in a vote that was widely dismissed as fraudulent, and countries around the world have called his continued leadership illegitimate. Ruling Socialist Party leaders have described the criticism as colonialist interference led by the United States.

The Supreme Court and an all-powerful legislature called the Constituent Assembly have stripped Congress of its powers, meaning it does not have the capacity to remove the president as would a legislature in many countries.

Guaido’s comments, however, caused some confusion.

Luis Almagro, head of regional diplomatic group the Organization of American States, tweeted that Guaido had assumed the interim presidency of Venezuela. Guaido did not respond to a message seeking clarification.

The country’s perennially fractured opposition has made numerous failed attempts over the past 20 years to remove the ruling socialists. Now, opposition leaders have disavowed Maduro’s second term as illegitimate, and have called for the National Assembly to declare the presidency vacant.

The country’s constitution says a presidential vacancy can be filled by the head of the legislature, and some opposition activists have called on Guaido to assume the presidency.

Maduro’s allies were quick to denounce Guaido. Prisons Minister Iris Varela appeared to threaten to jail him, although she has previously threatened other opposition members who remain free. “Guaido, I already got your cell ready, with your uniform,” Varela wrote on Twitter.

The opposition has promised to keep up the pressure. Some 2,000 people gathered outside the U.N. site listening to opposition lawmakers and civil society leaders denounce Maduro as a “usurper.”

“[Congress] is the only legitimate power that we have,” said Servando Valecillos, a 67-year-old salesman and one of the protesters.

Maduro’s critics accuse him of creating a dictatorship and destroying the OPEC nation’s economy.

Venezuela is experiencing the worst economic crisis in its history, with inflation headed toward 2 million percent. Some three million people have left the country amid chronic shortages of food and medicine.

Maduro says the country is victim of an “economic war” led by his political adversaries with the help of Washington.