BERLIN (Reuters) – Germany’s Social Democrats (SPD) saved their loudest cheers at their conference this week for the 30-year old leader of the party’s youth wing, as he called for more radical labor and social policies and for the SPD to believe in itself. 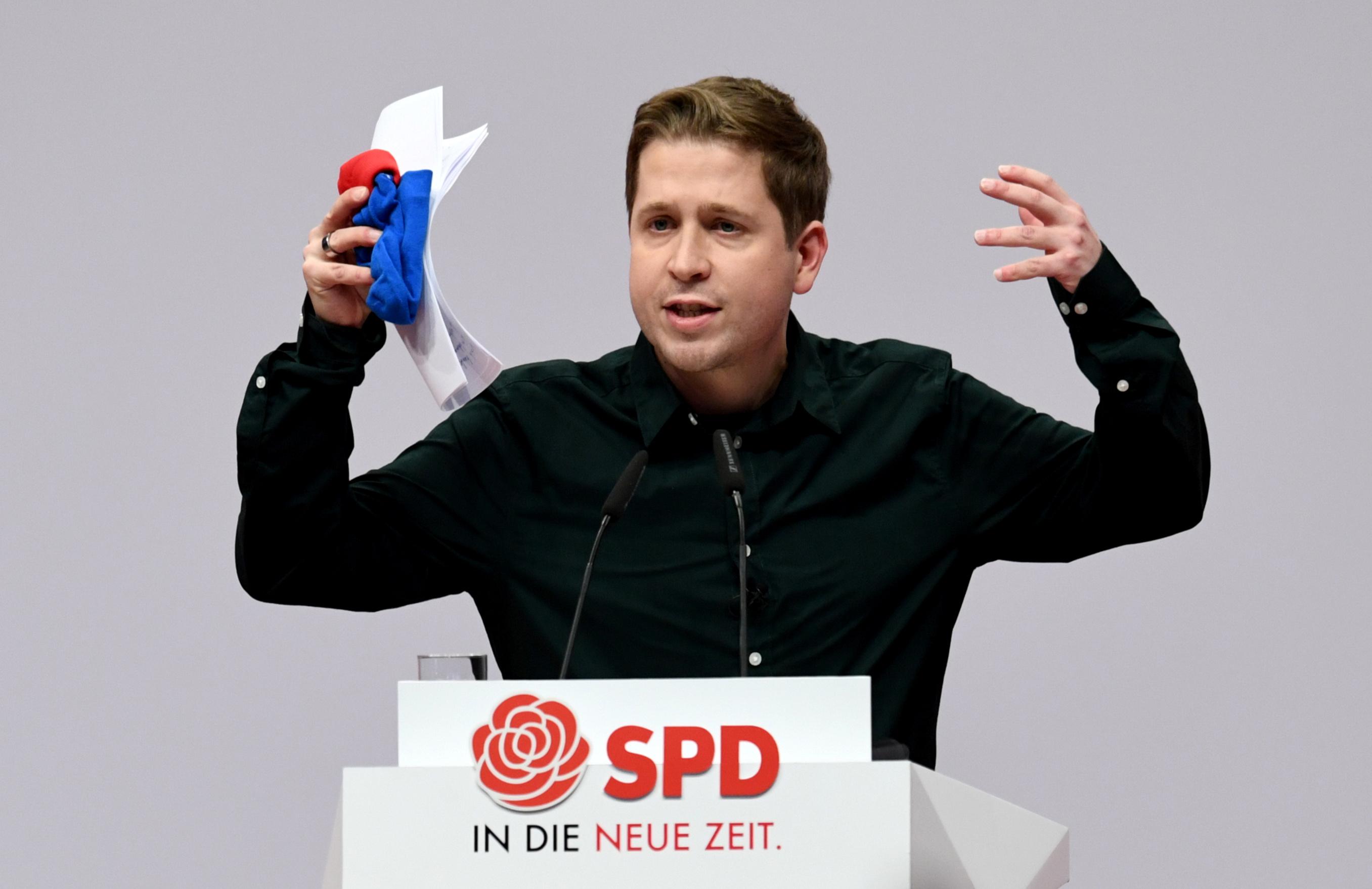 Kevin Kuehnert, known for his relaxed manner and for wearing jeans and hoodies, is described by German media as the power behind the throne of the SPD’s new leaders, Saskia Esken and Norbert Walter-Borjans, who the party conference appointed on Friday.

The SPD’s share of the vote in Germany slumped to its lowest level since 1933 two years ago and the party, which is in coalition with Chancellor Angela Merkel, is now at around 14% in the polls, trailing the Greens and conservatives and the far-right Alternative for Germany (AfD).

Kuehnert rose to prominence in early 2018 by leading a “No Grand Coalition” campaign to stop the SPD from joining Chancellor Angela Merkel’s conservatives in government. He lost but is now seen by many members as the party’s future.

His clear message, often via Twitter, has breathed new life into Germany’s oldest party which has a proud history of resisting the Nazis but is struggling to find direction after ten of the last 14 years as Merkel’s junior partner.

Delegates laughed, clapped and stood during Kuehnert’s speech on Friday in which he argued for improved conditions for workers and end to low pay, a more ambitious climate agenda and for Germany to lead in Europe.

But most of all, Kuehnert, whose main experience of working life is three years in a call center, told the Social Democrats to have confidence in themselves.

“If a party doesn’t want to rule, no one will vote for it,” he said. “No one yearns to be in opposition,” he said.

“His speech was the best, he mobilizes young people and he’s smart – he is the person everyone is talking about,” said a 59-year old delegate from Bavaria who declined to be named.

Elected at the conference to be one of the SPD’s deputy leaders, Kuehnert – who this year said big companies like carmaker BMW should be collectively owned – must now share responsibility for the party’s direction which may require compromise.

Some delegates were disappointed with a reversal he made this week by switching from arch critic of the coalition to a promoter of giving it another chance.

“I am a big fan but I do hold that against him,” said Maria Driseck, a retired teacher from Berlin at the conference.

Others felt that change of tack showed how he had matured.

“I think he has shown what he’s got,” said one former party leader on the sidelines of the conference. “He is a clever man – he has made clear he will not be the person to split the party. It shows he thinks strategically,” said the former leader.

German, germany, Politics, SPD, Us
You may also like: