Leon launches ready meal range after fall in restaurant diners: 13 of chain’s dishes – from Naked Chicken Katsu Curry and Brazilian Style Black Beans – are sold in Sainsbury’s at up to £3.50 each

Leon has this week launched a ready meal range in its latest bid to keep sales up amid the coronavirus crisis.

Thirteen of the microwaveable dishes are now on sale in Sainsbury’s stores, including the popular Naked Chicken Katsu Curry and Brazilian Style Black Beans, ranging from £2.70 to £3.50.

The restaurant chain, like many others across the sector, was forced into closures during lockdown and fewer feet on the ground at railway stations and airports, where many of its sites are based, have reduced the number of potential diners. 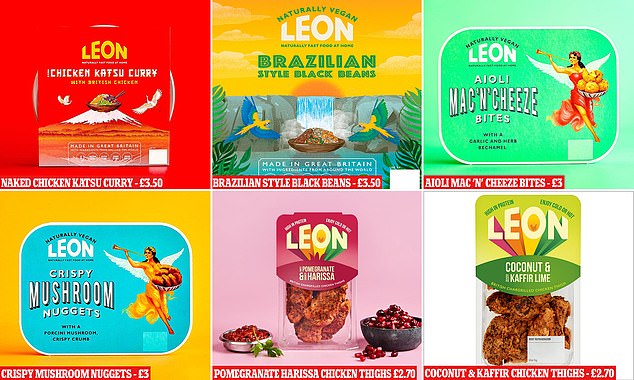 Leon tried to reinvent itself at the heart of the pandemic by launching an Ocado-style home delivery site, and turned its 57 premises into shops selling groceries and takeaway meals while restaurants were shut earlier this year.

Customers were then able to order its food online or on their phones, and either collect in person, or order a delivery from Uber Eats or Deliveroo.

Now the chain has opened up another avenue by allowing customers to buy the ready meals straight from their local supermarket.

Other mains such as Lentil Masala Dahl and Thai Green Chicken Curry will normally be priced at £4, but are available for £3.50 as part of an introductory offer.

Leon’s chief commercial officer Charlotte Di Cello said: ‘With our first ever grocery anniversary around the corner, expanding our range will always be so important to us as we want our customers to experience the great tasting products that Leon has to offer in both our restaurants and in the comfort of their own home.’

Founder and chief executive John Vincent told the BBC earlier in the pandemic of the impact of the crisis on his business, with many of his suppliers scaling down operations and sending workers home, thus reducing the amount of food being produced for Leon in the UK.

Mr Vincent spoke of how supermarkets had to take on the burden of restaurants, cafes and pubs that were forced to shut, and that he wanted Leon to turn its sites into shops and help spread the load, describing it as ‘fitting your own mask first before helping others in an emergency’.

He added: ‘A lot of people in the industry are just giving up and shutting up shop. But we think this way we can keep 60% of our stores open and keep food production going.’ 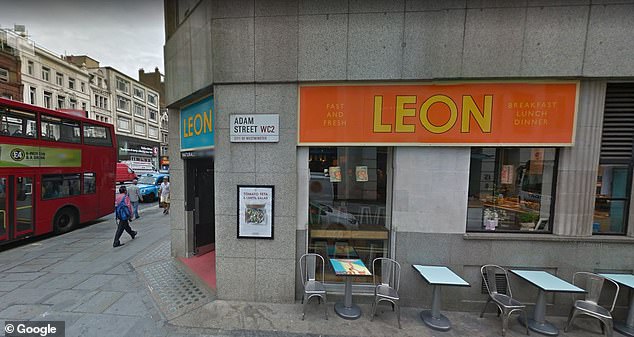 Sales in July were 50.4 per cent lower year-on-year, according to data from the latest monthly Coffer Peach Business Tracker of hospitality firms.

Bars saw sales tumble by 63.3 per cent for the month, while restaurant sales dived by 59.8 per cent.

Pubs were more resilient, with sales falling by 44.7 per cent, according to the tracker, which collates figures from 49 group-owned or managed companies that run more than 7,500 sites across the UK.

‘The figures are a reflection of the fact that reopening of sites has been gradual, and not all by any means are back in business, plus those that are open are in general trading at well below normal levels,’ said Karl Chessell, director of CGA, the business insight consultancy that produces the survey, with The Coffer Group and RSM.

Leon started in 2004 with its first restaurant in Carnaby Street and now had 57 eateries across the UK.

launches, leon, meal, range, ready
You may also like: