Follow
Home » World News » Lifters, not leaners: Victoria steps in where federal budget did not

Yesterday’s Victorian budget is one of the last of the COVID recovery budgets to be delivered by state governments around the country. And it ensured that the 2020 budget season ended with a bang.

Record fiscal stimulus of $25 billion over four years will capture the headlines. But what the Victorian government has done with it is perhaps the bigger story. Education jobs, a massive social housing build, support for the tourism sector – it’s by and large the right package for this recession. 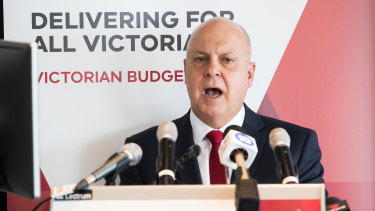 First the big picture: the Victorian government has committed to a whopping $25 billion of stimulus (about 5 per cent of gross state product) – the largest of any of the states and territories so far. That’s appropriate given the much bigger economic hole Victoria finds itself in after the second COVID wave: an estimated contraction of 4 per cent this financial year. Victoria’s stimulus comes on top of the federal government’s $74 billion JobMaker stimulus package announced in October budget.

It’s the right approach: governments need to spend big on stimulus to get unemployment below 5 per cent quickly and avoid the scarring effects of a long recession. It does come at a price: Victorian debt will balloon to $155 billion (about 29 per cent of GSP) three years from now. But not only is it appropriate for governments to use their balance sheets to spread the cost of a one-in-a-century economic shock, it’s surprisingly affordable. The Victorian government can currently borrow for 10 years at 1.35 per cent. So, despite the significant ramping up of debt, interest costs are forecast to only increase from 0.5 per cent of GSP to 0.8 per cent of GSP over the next four years.

Now to the specifics: the Andrews government has targeted some of the most effective stimulus measures – measures which most economists support but the federal budget ignored.

Social housing spending tops the list because it is fast to ramp up, supports jobs in the struggling housing construction industry, and creates something that is desperately needed, particularly in Victoria. The state government has committed $5.3 billion over four years to construct about 12,000 new dwellings, and about half of that will be spent this financial year.

There’s also a clear emphasis on creating jobs in female-dominated service sectors, including funding to recruit 4100 tutors for disadvantaged school students, and 1730 teachers and other staff to support students with disabilities. It’s a recognition that economic stimulus can create jobs that don’t involve hard hats.

The support for women extends to another area the Commonwealth overlooked: childcare. The Victorian government’s involvement in childcare is limited, but a subsidy for kinder worth $2000 per child and an expansion of after-school hours care will go some way to reducing high out-of-pocket costs for parents, which are a drag on female workforce participation and the economic recovery.

There’s also support for the sectors hit hardest by the recession, including a regional tourism voucher program and $200 million for creative industries. 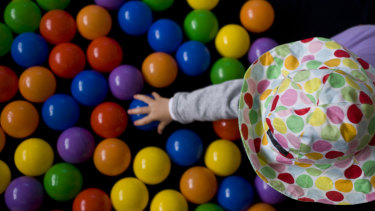 The budget includes a subsidy for kinder worth $2000 per child.Credit:Louie Douvis

These frontline sectors were missing from the federal government’s direct industry support measures. Indeed, the Morrison government offered less than that amount for creative industries Australia-wide, and nothing targeted at the hospitality sector.

Victoria’s focus on the hardest hit is deliberate. Treasurer Tim Pallas specifically identified women, young people, old people, migrants, and the hospitality and creative sectors as priorities for the government because they suffered more than many other groups and sectors in the recession.

But not everything in the Victorian budget is well targeted: $10 billion has been allocated to large transport infrastructure projects, including the Suburban Rail Loop. Victoria already has a bulging pipeline of large projects; spending more is likely to up prices for materials and labour.

But the Victorian budget’s large outlay is mostly welcome. Taken together with the federal budget, governments have now made a substantial down payment on Victoria’s economic recovery.

But there is still work to do. The budget forecasts that unemployment will remain well above 5 per cent even in 2023-24. This is too high for too long.

More stimulus will be needed to strengthen Australia’s economic prospects as the recovery continues into 2021.

Back in September, Scott Morrison asked state governments do to more ‘heavy lifting’. The Victorian government has answered the call, and indicated there will be more to come in its next budget in May.

But the Commonwealth’s plan as it stands currently mostly expires after one year. The Morrison government will deliver another budget of its own in May. If the updated forecasts still have unemployment elevated for several years, the onus will go back on him to go further.