London: As US President Donald Trump landed in Britain on Thursday afternoon, protesters were in battle-preparation mode, with demonstrations planned for every stage of his visit. This despite a trip choreography designed to have him spend as little time as possible in London and keep him out of sight. 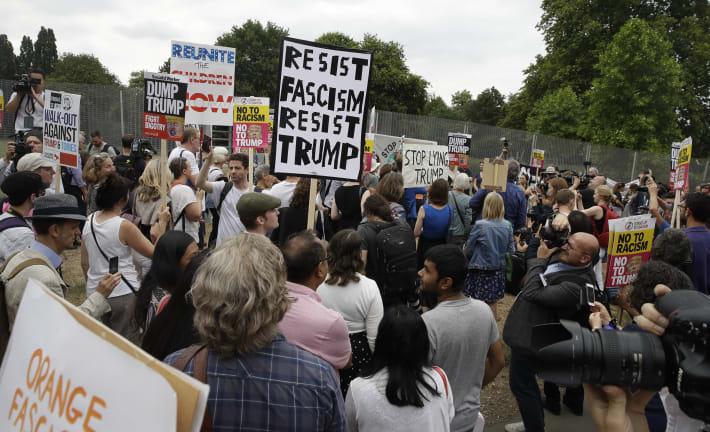 Protesters near the US ambassador’s residence in Regent’s Park, London on Thursday.

The President, who is set for a two-day working visit followed by a weekend in Scotland, addressed the planned protests in a news conference, saying, "I think it's fine."

"They like me a lot in the UK," he added. "They agree with me on immigration. I'm going to a pretty hot spot right now, a lot of resignations."

"We need to show that we abhor everything that Trump represents: the bigotry, racism, anti-Muslim prejudice and misogyny. We also have to stand against the movements that have been legitimised by him — the far right, the racists, fascists — including in our own country — who feel stronger because he is president."

Supporters of Trump are hoping to stage their own 'Welcome Trump' procession on Saturday.

Trump arrived around 1.45pm on Thursday, straight from the NATO summit.

The first protest, described as "the wall of sound," was scheduled for 5.30pm when Trump left for Winfield House, the residence of the US ambassador, in Regent's Park in London.

That's where he was spending the night.

Activists planned to stir up as much noise as possible and play harrowing recordings of children crying — a protest against the Trump administration's separation of families at the US border with Mexico. 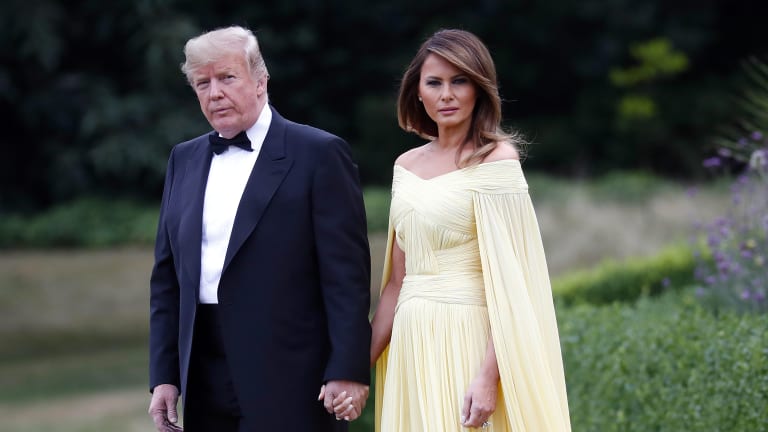 US President Donald Trump and first lady Melania Trump leave Winfield House, residence of the US ambassador, to go to nearby Blenheim Palace.

Crowds were also gathering near Oxford outside Blenheim Palace, the ancestral home of the Spencer-Churchill family, where Prime Minister Theresa May is set to host a black-tie dinner for Trump.

The main national demonstration, 'Together Against Trump', is planned in London for Friday afternoon.

Activists aim to fly a giant orange balloon of the President depicted as a baby in a diaper above Parliament Square. Muslim groups, too, plan to march in protest after Friday Prayer. Police expect more than 100,000 protesters.