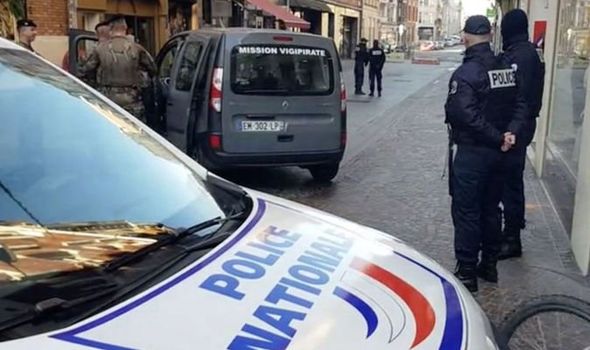 Police have cordoned off the street on which the car was found and have evacuated people living on ground floor apartments along the route. The alarm was raised after the black Citroen Picasso with broken windows was spotted on the quiet street. The car is stationed close to Place de la Republique.

Officers remain at the scene as they try to determine whether any risk is posed, Grand Lille TV reports.

Soldiers have also been scrambled to the scene in the central part of the French city.

Police were called at 11.30am local time.