LONDON could face a local lockdown with pubs shutting and a 10pm curfew after coronavirus cases have surged. 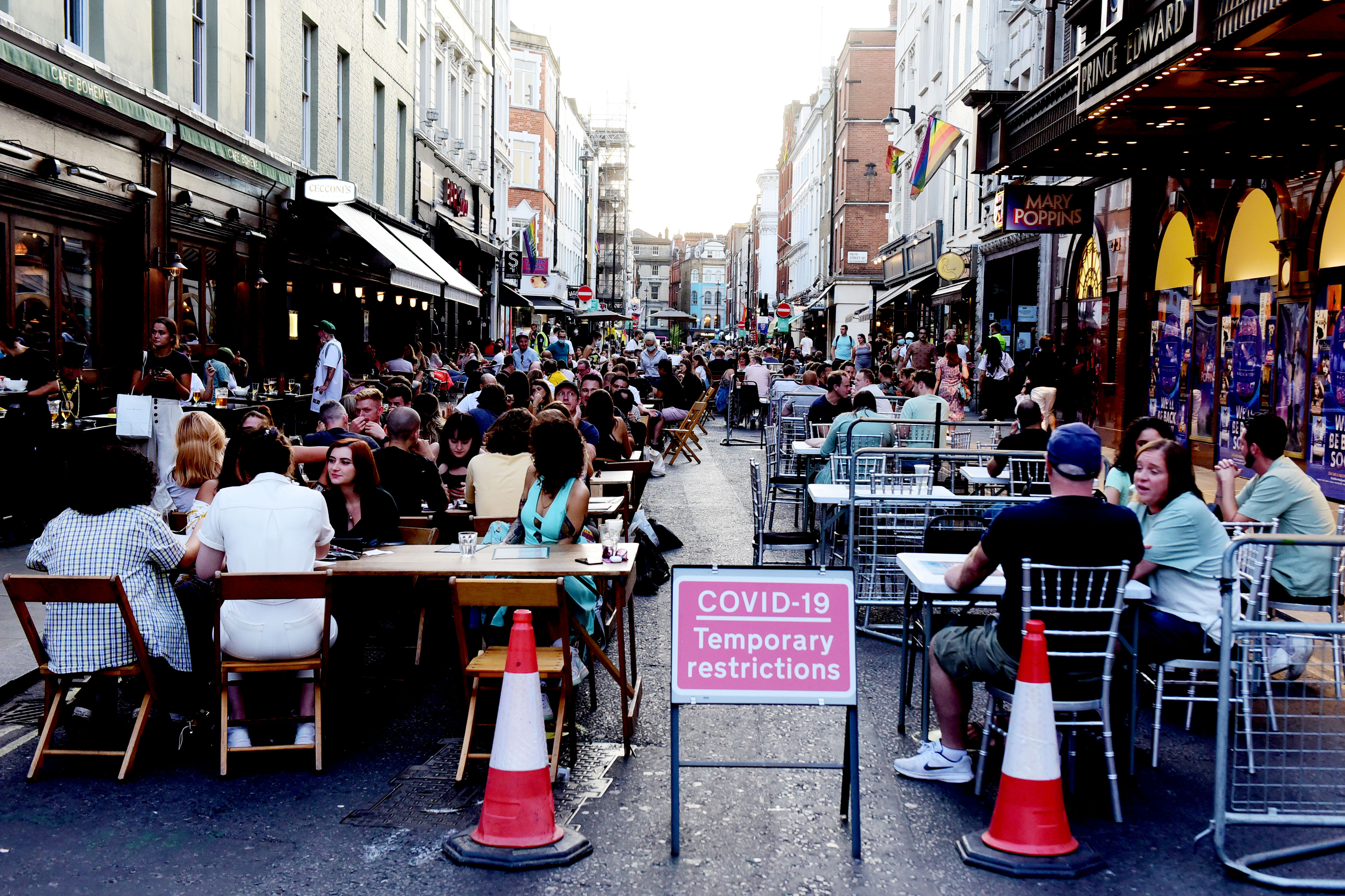 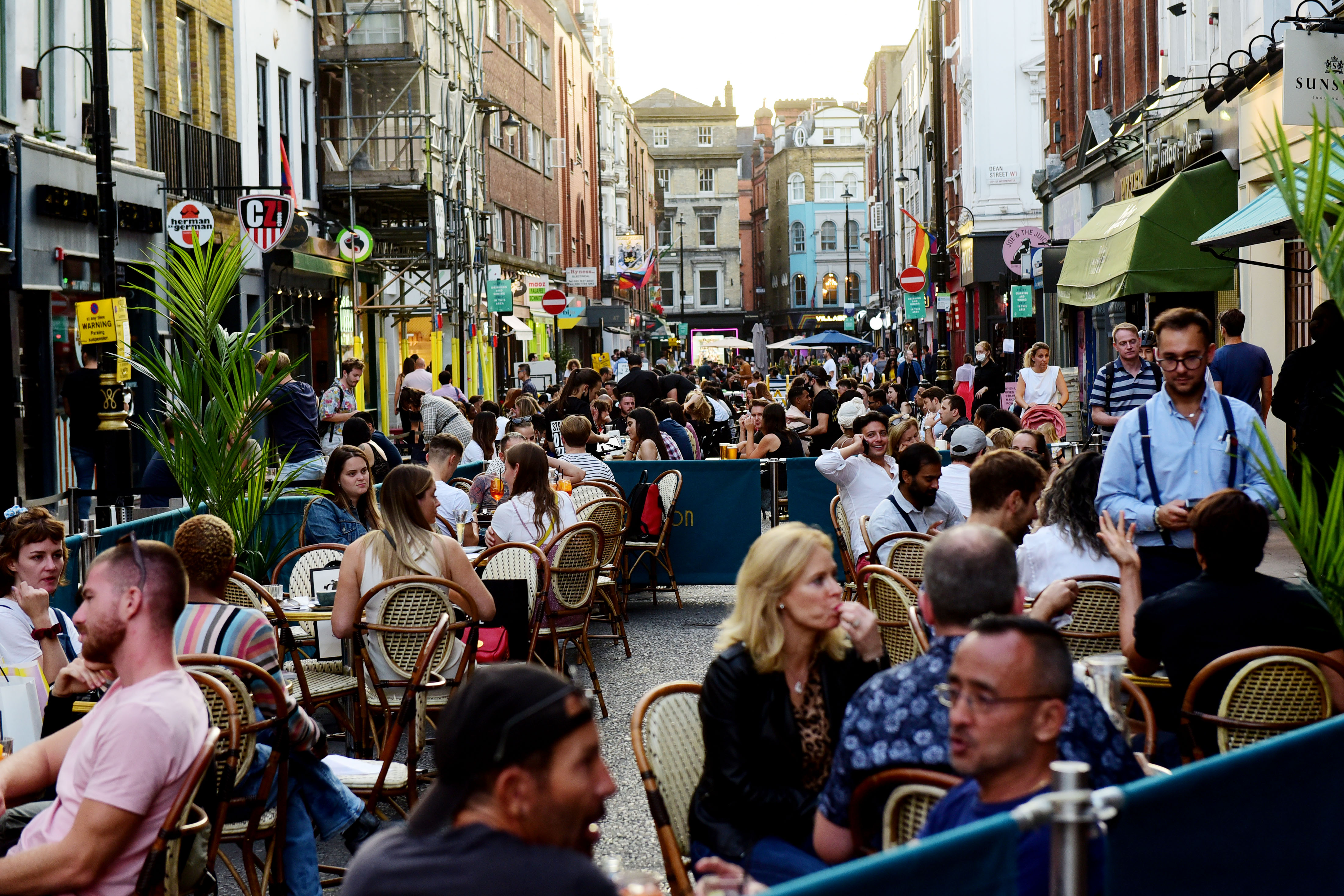 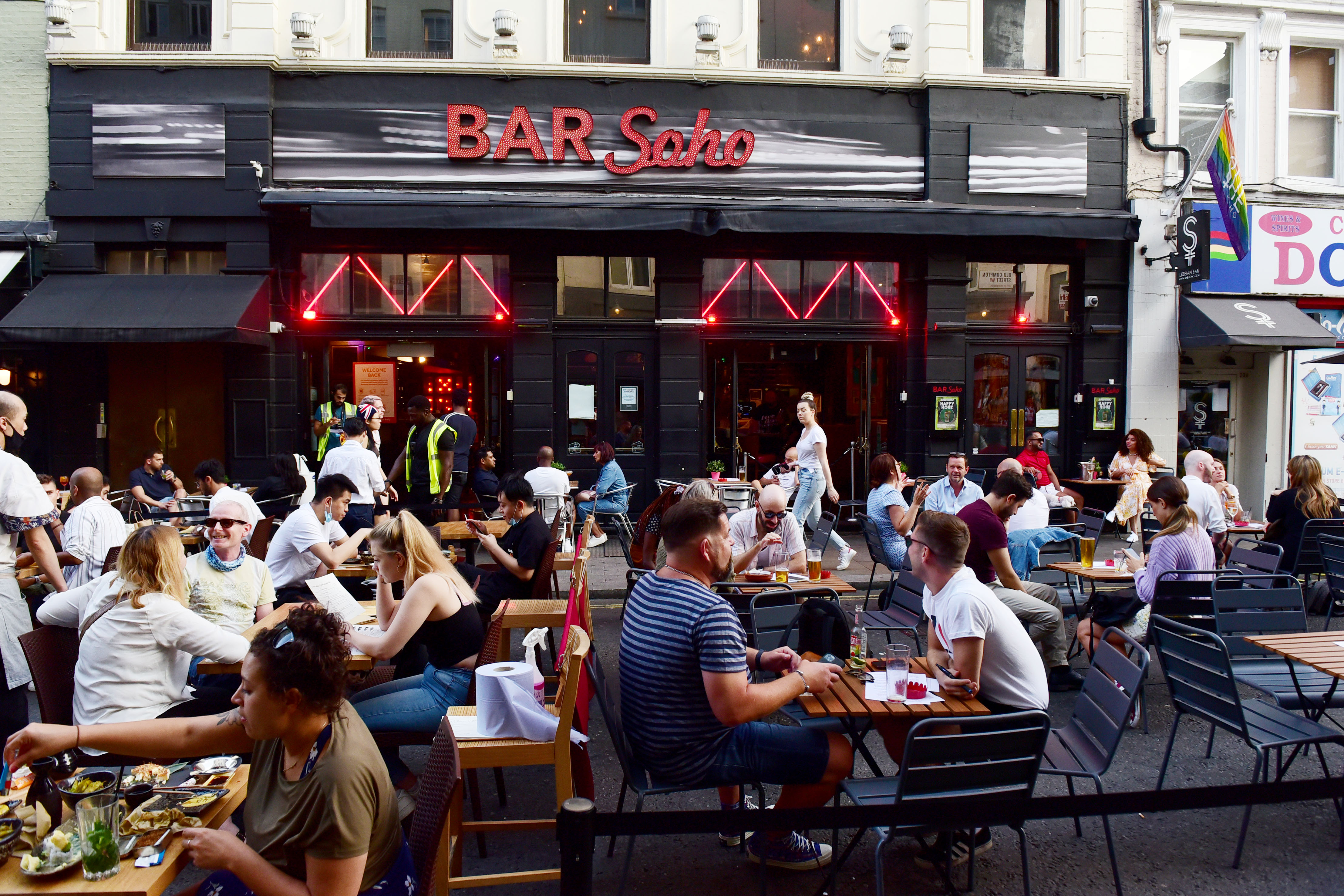 Plans have reportedly been drafted to co-ordinate the capital's response in the event "trigger points" – which is the case rate per 100,000 – keeps passing specific thresholds.

This includes shutting pubs and implementing a 10pm curfew.

The official plans have been seen by the Evening Standard and are called  the “London Epidemic Response Escalation Framework” and it includes specific measures each time a “trigger point” is crossed.

Health chiefs are expected to hold a city-wide reassessment of how the killer bug is spreading as new data published later today will reportedly show the first trigger point will be met.

In at least a dozen boroughs the per 100,000 figure is about 30 or higher, according to the Standard's analysis.

The worst spike is in East London with figures between 35 and 40 in Redbridge and Newham.

In Barking, Havering, Hackney and Tower Hamlets the figure is about 30.

In West London, Hounslow has the highest figure at about 35.

If the case rate in the capital keeps rising, the plans detail more severe restrictions such as including “reintroduce epidemic controls”, “mandatory masks”, “restrict religious gatherings” and “restrict social contacts”.

Heath Secretary Matt Hancock said this morning that a national lockdown would be "the last line of defence".

He told Sky News: "A national lockdown is the last line of defence and we want to use local action."

He added: "I want to avoid a national lockdown."

Mr Hancock admitted that sending the country into a national lockdown wasn't off the cards.

"The country once again needs to come together and recognise there is a serious challenge. That the virus is accelerating.

"Unfortunately, it isn't just cases increasing, it's also the number of people ending up in hospital increasing."

It comes scientists advising the Government want a two-week national lockdown next month to battle the surge in coronavirus.

Downing Street is keen to "circuit break" the surge in cases, The Financial Times reports.

Experts have now suggested an October lockdown during half term before the virus "breaks the NHS".

Up to 10 million Brits have already been plunged into fresh local lockdowns in regions throughout the UK.

More than two million people in the North East are now banned from meeting friends and family from other households – inside or outside.

Pubs, cafes and restaurants will be reduced to table service only, and they will have to shut between 10pm and 5am.

The figures are the number of cases per 100,000 over seven days

It comes as Lancashire and Merseyside also face further measures from tomorrow, with up to 10 million Brits now living under tighter restrictions.

A Government announcement on the proposal is due today after infections in the region soared in recent weeks.

Hospitals have also have been told to find extra beds for coronavirus patients within two weeks as the NHS braces for a second spike in cases.

Isolation units for patients are being set up by freeing space on wards for those needing the most care.

One MP briefed on the plans during a conference call with health bosses told The Telegraph: "The rate of infection is going up.

"I was told hospitals have reserved beds for people coming out of hospital who need somewhere to recover.

"At the start of lockdown they were having to send people back to care homes or back to other facilities, with dire consequences, so they've booked places in respite care or empty care homes.

"People will go out of hospital, but they won't return to their normal place of living.

"They just need care before they go back home so that they empty the hospital wards." 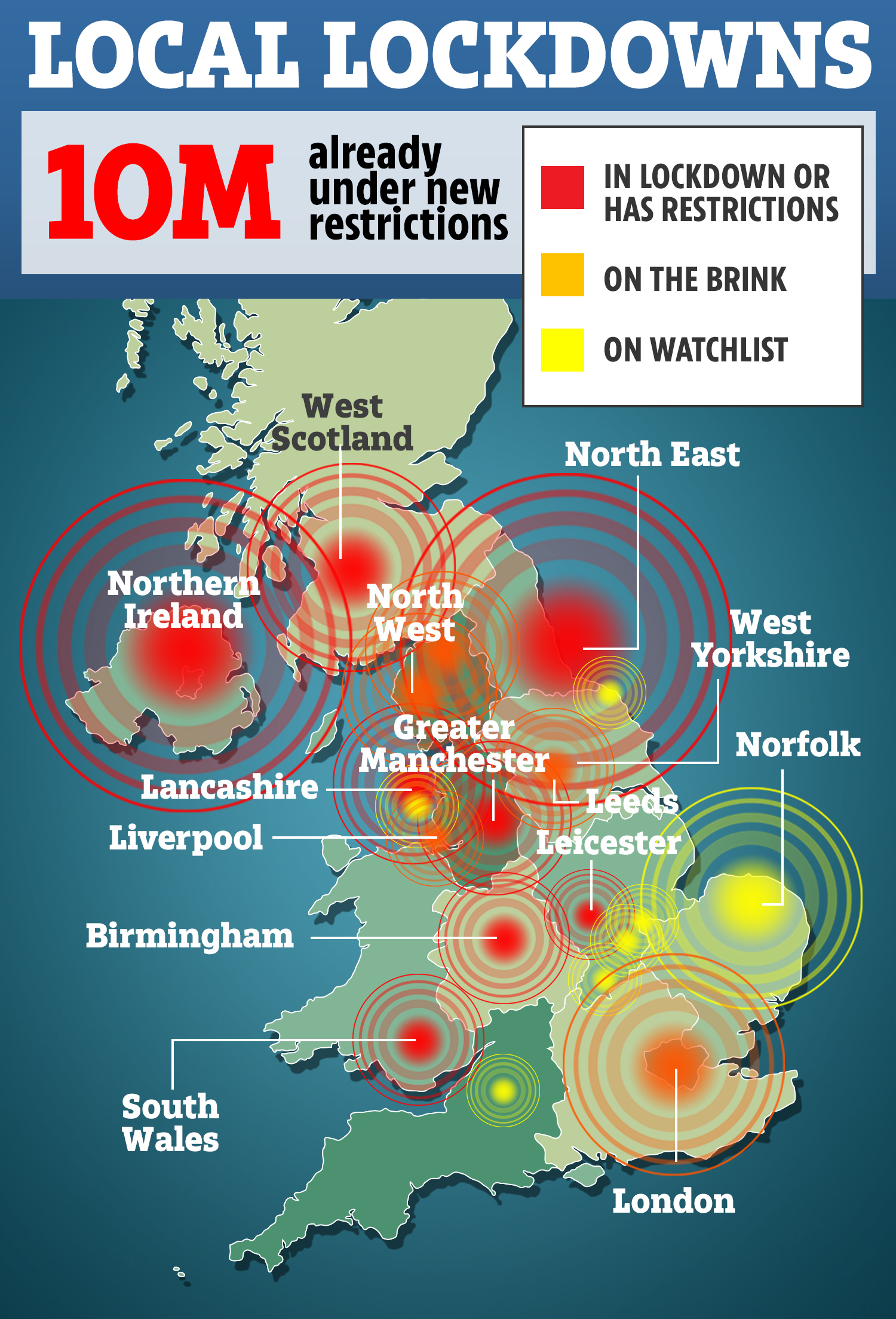 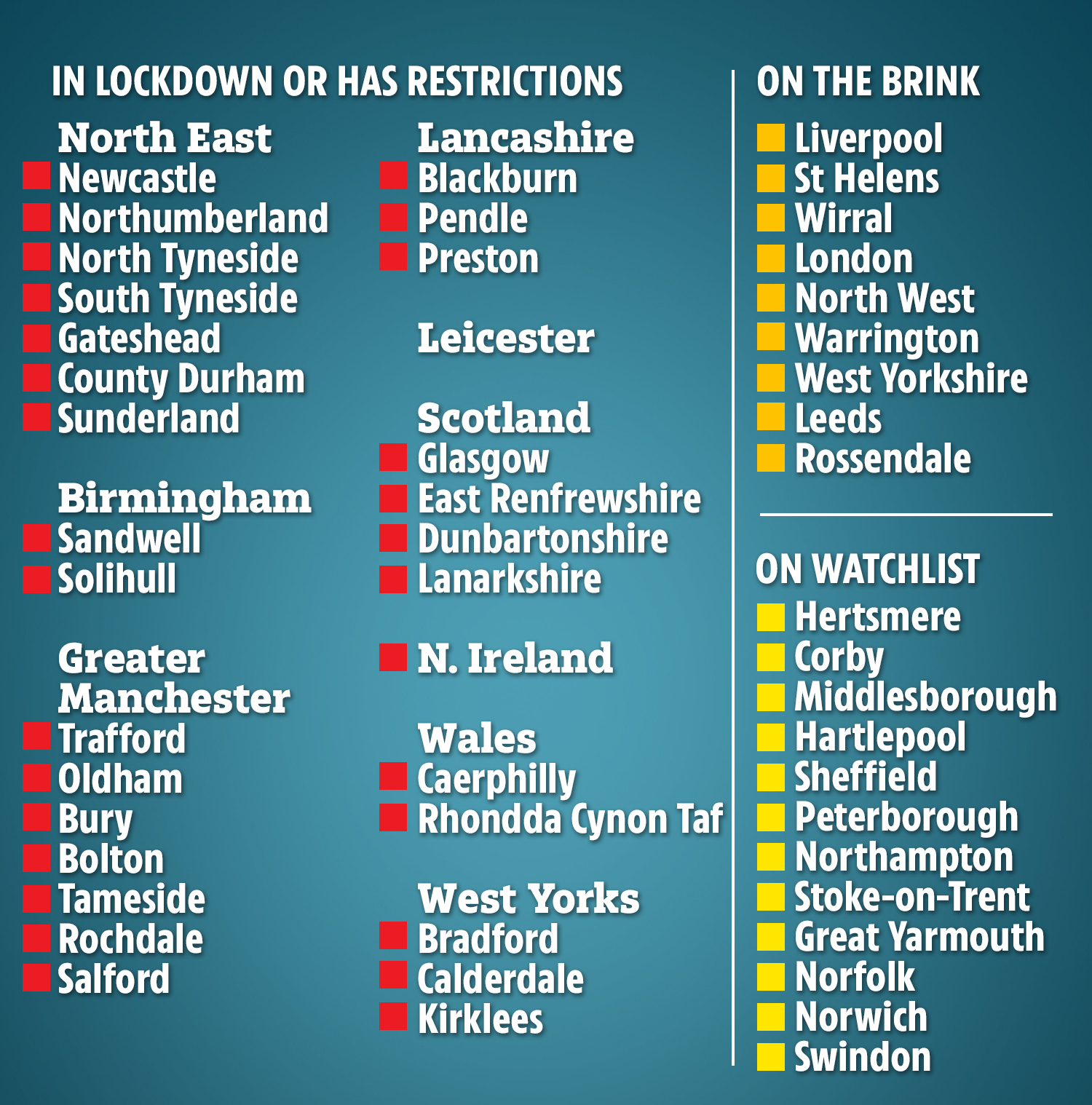 faces, local, lockdown, London, Wi
You may also like: