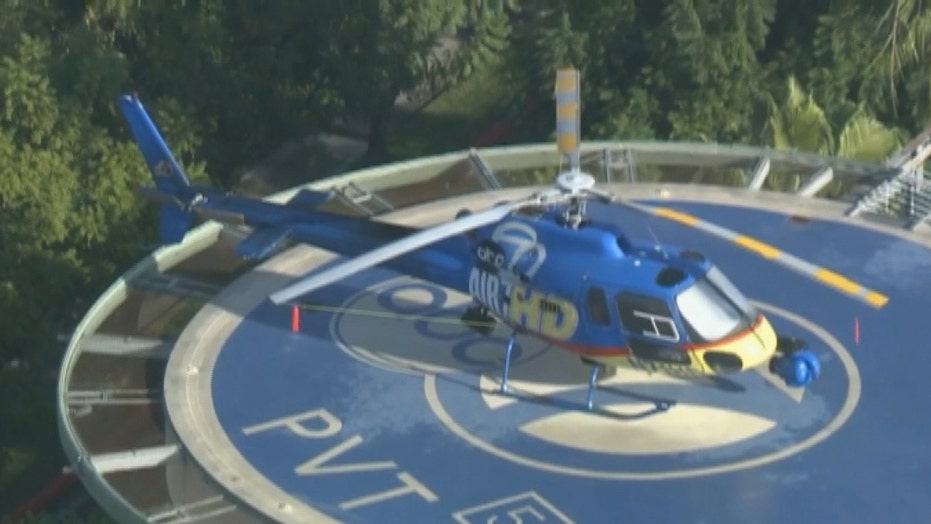 A news helicopter belonging to an ABC owned-and-operated television station was forced to make a precautionary landing on Wednesday night after it struck an object believed to be a drone while flying over downtown Los Angeles.

The Los Angeles Police Department said it was investigating after KABC's AIR 7 HD chopper was flying over the downtown area around 7:15 p.m. when the pilot and reporter on board reported hearing a bang and feeling as if an object struck the tail of the aircraft.

"This could have been a disaster & we are glad everyone is okay," the LAPD tweeted.

KABC-TV said the helicopter was flying at an elevation of around 1,100 feet east of downtown Los Angeles when the pilot and reporter heard a "loud bang." 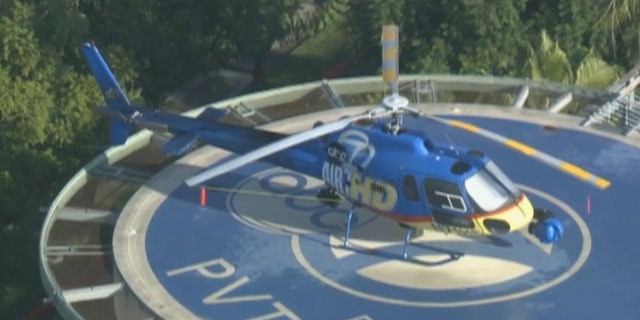 KABC’s news chopper AIr7HD can be seen after it landed after collided with a drone on Wednesday.
(KTTV)

"We felt it, we heard it. We all looked at each other. Didn't really know what it was. Just assumed it was a bird because that happens every once in a while," reporter Chris Cristi said. "When we got on the ground, though, it was a different story."

An image shared by Cristi showed dents and holes on a portion of the helicopter.

KABC said the impact did not affect the ability of the helicopter to fly, but that the pilot landed as a precaution.

"It was a scary couple of minutes not knowing what happened," Cristi said Wednesday night. "But it feels great to be back on the ground." 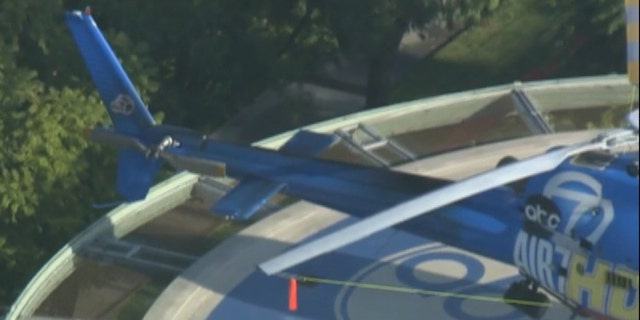 Damage to the tail of the aircraft could be seen after the collision with the drone on Wednesday.
(KTTV)

In the city of Los Angeles, a drone ordinance, passed in 2015, prohibits the aircraft from flying above 400 feet in elevation, within five miles and an airport, and other than during daylight hours defined as between the official sunrise and sunset. The sun set at 4:43 p.m. on Wednesday, according to weather.com.

In addition to federal laws, the ordinance also prohibits drones to be operated beyond the unassisted line of sight of the operator.

California firefighters unable to fly helicopters due to drones

The popularity of drones has caused issues before. Last month, police in California criticized someone for flying a photography drone over a growing wildfire in Ventura County, which created "quite a dangerous situation," Ventura County Sheriff Bill Ayub told reporters at the time.

"Be a responsible and legal unmanned aircraft operator…know & follow the rules," the LAPD said. The incident remains under investigation.