A ‘lost’ Chinese vase whose matching pair was fetched £43million at auction when put up for sale by a British solicitor eight years ago has turned up for sale in a family collection.

The 18th-century Qianlong vase is identical to the one that took the antiques world by storm after Tony Johnson and his mother Gene offered it for sale in 2010.

The original 16-inch treasure went under the hammer at a Surrey auction house for an astonishing £43million to a wealthy Chinese collector, sparking a three-year-row over the payment with the winning bidder apparently baulking at the £8million auction fee.

The Johnsons finally accepted £20m-£25m from a different purchaser.

Now its missing pair has emerged for sale after being in the same Japanese family ownership for more than 90 years. 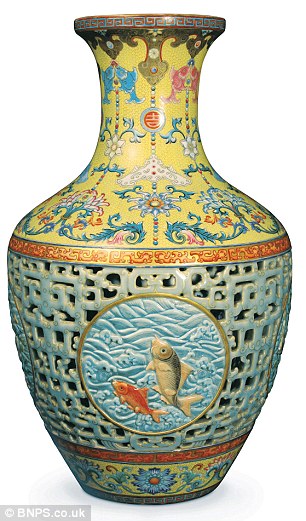 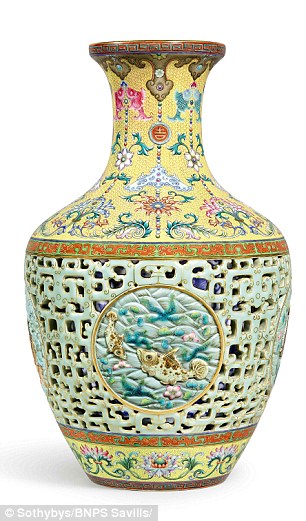 Auctioneers Sotheby’s have given it a ‘very conservative’ pre-sale estimate of £7million but it is thought the vase could fetch at least double that given the value of its pair.

The prospect of reuniting the two relics 260 years after they were separated is also expected to add to its value when the sale takes place on October 3 in Hong Kong.

Both vases are believed to have been made in the 1740s for the Emperor Qianlong and were displayed in the Imperial Summer Palace in China. They were looted from the palace during raids by the British and the French in 1860.

The vase now for sale was exhibited in New York in 1905 and was then purchased by a private Japanese collector in 1924. It has been in same family ownership ever since.

Its pair had belonged to the late Patricia Newman whose husband inherited it from an uncle who brought it back from China.

After Mrs Newman’s death in 2010, it was left to her sister, Gene Johnson, and her son Tony from Ventnor, Isle of Wight, who sold it through auctioneers Bainbridges of Ruislip.

At the time it was reported that so little was understood of the vase’s true value that  it was transported in the passenger seat of a van before the auction.

The £43million it collected was the highest ever price recorded for Chinese art at auction but the transaction did not happen until 2013 after the winning bidder’s concern about the auction fees threatened to scupper the whole deal.

A private deal between £20m and £25m was finally brokered between the Johnsons and a new buyer. It is believed that Bainbridges were suitably compensated at the time. 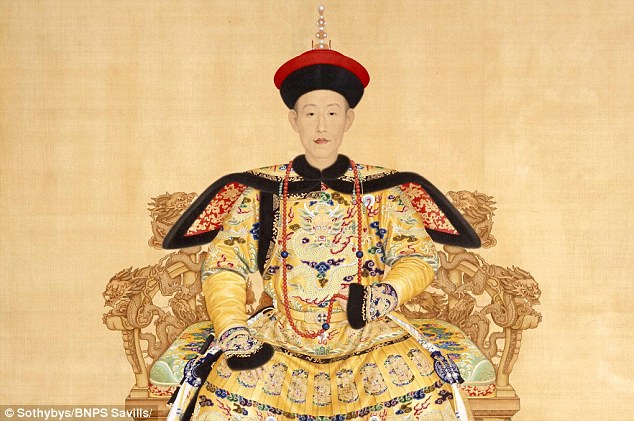 The newly-discovered item was named the Yamanaka vase after the firm Yamanaka & Co that sourced fine objects in China for sale in the UK and the US. It was displayed at their exhibition in New York in 1905.

Nicholas Chow, chairman of Sotheby’s Asia, said the emergence of the missing vase came out of nowhere.

He said: ‘It was a totally unlikely discovery. About five months ago a colleague in Japan showed me some photos on her phone of a vase that a client had and what did I think of it.

‘I recognised it immediately as the same one that Bainbridges sold in 2010. Since then several fakes of it have appeared and I thought there was a one per cent chance it was genuine.

‘I went to Japan and the client took the vase out of a box and it was immediately obvious that it was genuine. 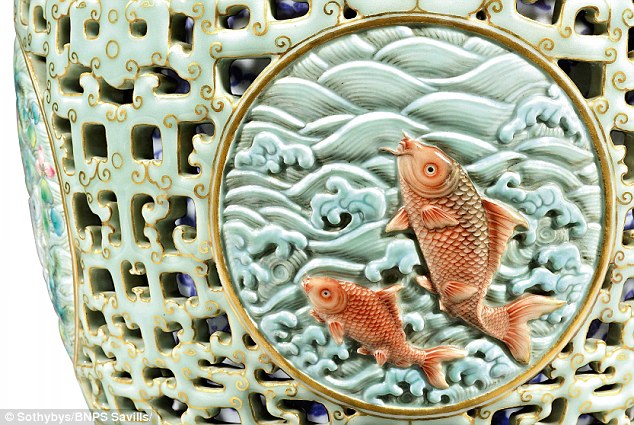 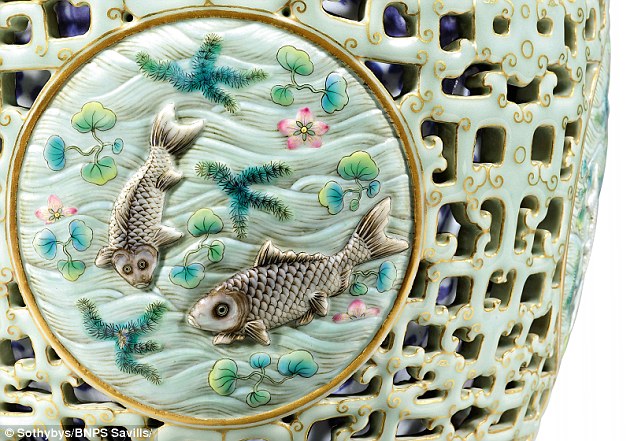 ‘The piece was purchased by a relative in 1924 and has passed down the family to him. The owner is not a collector and not in tune with the market but he is extremely pleased.

‘The Bainbridge vase is a great plus. It is probably the most vase in the Chinese art market and people will be fascinated that after all these years, suddenly its pair has appeared on the market.

‘We have given it an extremely conservative estimate. By under-pricing an object like this we hope to get the most competition for it and achieve a greater price.

‘I expect it to go for multiple times its lower estimate.’

Mr Chow said despite its age, the vase is in pristine condition.

He said: ‘To think, the distance the singularly fragile vase has travelled and the tumultuous times it has survived, for it to be standing here in front of us today without so much as a crack or a chip, is truly extraordinary.’

18th, century, Chinese, Lost, twin
You may also like: