Malcolm Turnbull jets in for crucial talks with Joko Widodo 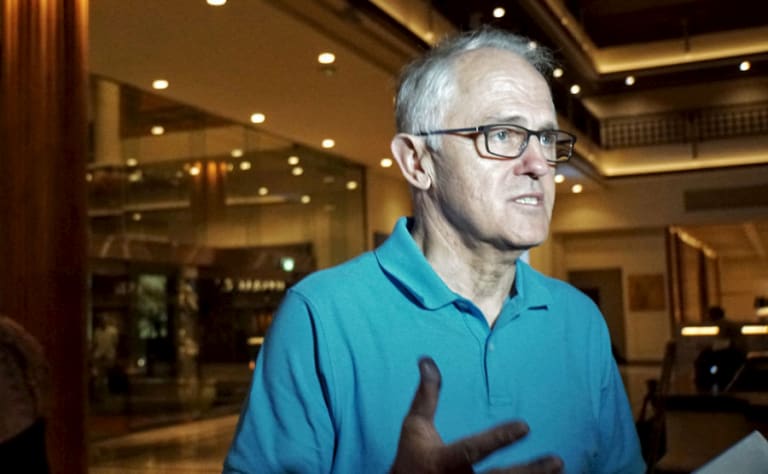 Malcolm Turnbull speaks to the media at his hotel in Bali ahead of his meeting with Indonesian President Joko Widodo on Monday.Credit:Amilia Rosa

Mr Turnbull landed in Bali late on Sunday evening, at the request of Prime Minister Scott Morrison, to lead an Australian delegation attending a global conference on how to protect and preserve the world’s oceans.

The former prime minister is a close friend of Mr Widodo, widely known as Jokowi, and his trip comes less than two weeks after Mr Morrison flagged Australia could move its embassy in Israel from Tel Aviv to Jerusalem, and recognise Jerusalem as that nation’s capital. 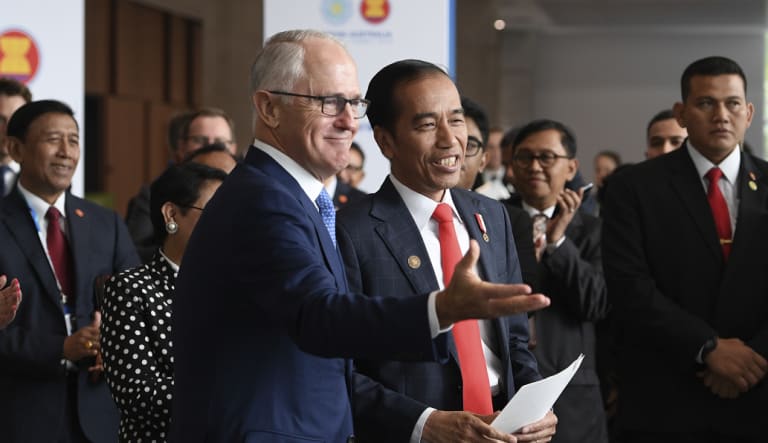 The shock proposal ahead of the Wentworth byelection prompted an angry response from Indonesia, Malaysia, and large swathes of the Arab world because of the perceived snub to the Palestinian cause, even leading to suggestions the Indonesia-Australia free trade agreement – which has been agreed but not signed – could be axed.

Several senior Indonesian government ministers have publicly dismissed that suggestion and – even as Indonesia’s April 2019 presidential election, which will likely feature a strong dose of economic nationalism approaches – the country’s main opposition parties have declined to buy into the dispute so far. 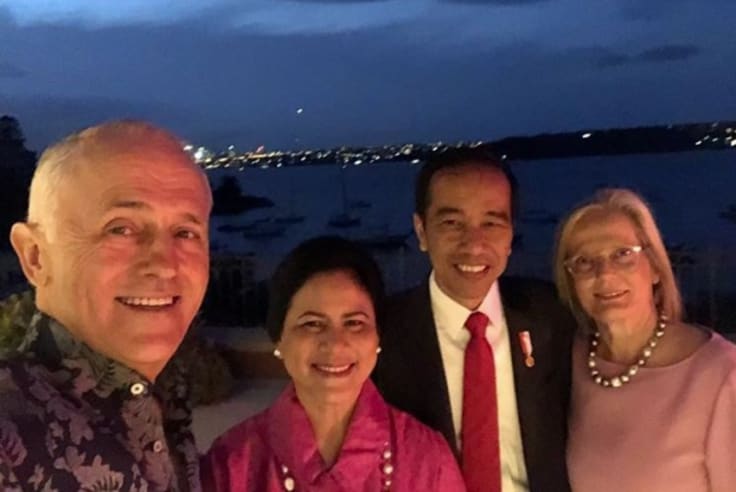 Malcolm Turnbull and Joko Widodo, pictured here in a selfie with their wives, are known to get along well.Credit:Instagram/turnbullmalcolm

But in an acknowledgement that the relationship between the two countries had taken a hit, Mr Turnbull said on Sunday night that he would directly address bilateral ties with Indonesia when he met Mr Widodo.

“Of course it will [be discussed],” he said. “I am very pleased that the friendship that President Jokowi and I have was able to see our relations reach, I think, a real high point.

“Obviously the focus of the conference is about oceans, and maintaining the health of our oceans and our reefs is of vital importance to Indonesia, a nation of thousands of islands, just as it is to Australia, with our vast maritime domain.”

Mr Turnbull’s attendance at the summit has been met with an angry reaction from the conservative wing of the Coalition government. Former deputy prime minister Barnaby Joyce, for example, said “there should have been a bit more thought put into this, I don't think it's the right move”.

Mr Morrison’s first trip overseas as prime minister was to Indonesia to finalise the terms of the free trade agreement with Mr Widodo, who was reportedly deeply upset by Mr Turnbull’s ousting.

That trip was widely judged to have been a success. But the Jerusalem proposal – described as a slap to Indonesia’s face by Foreign Minister Retno Marsudi, according to leaked messages sent to Australian Foreign Minister Marise Payne – has subsequently damaged relations.

Senate estimates last week revealed that not one official from the Australian departments of Foreign Affairs, Defence or Prime Minister and Cabinet was consulted before the Morrison government announced its decision to review the status of the Australian embassy in Israel, and support for the Iran nuclear deal.

The Morrison government suffered a massive swing against it and lost Wentworth, Mr Turnbull’s old seat, despite the Jerusalem proposal, which was apparently designed to appeal to the seat’s large population of Jewish voters.

Brian Laundrie's autopsy: Here's when the results will be revealed after teeth determined bones were his