AN INDONESIAN man is living in constant pain because of an enormous tumour that has grown from his face to his stomach.

Andriadi Putra, 34, is hoping to receive life-changing surgery as he has troubles eating and talking because of the 'trunk' like tumour which weighs a whopping six stone. 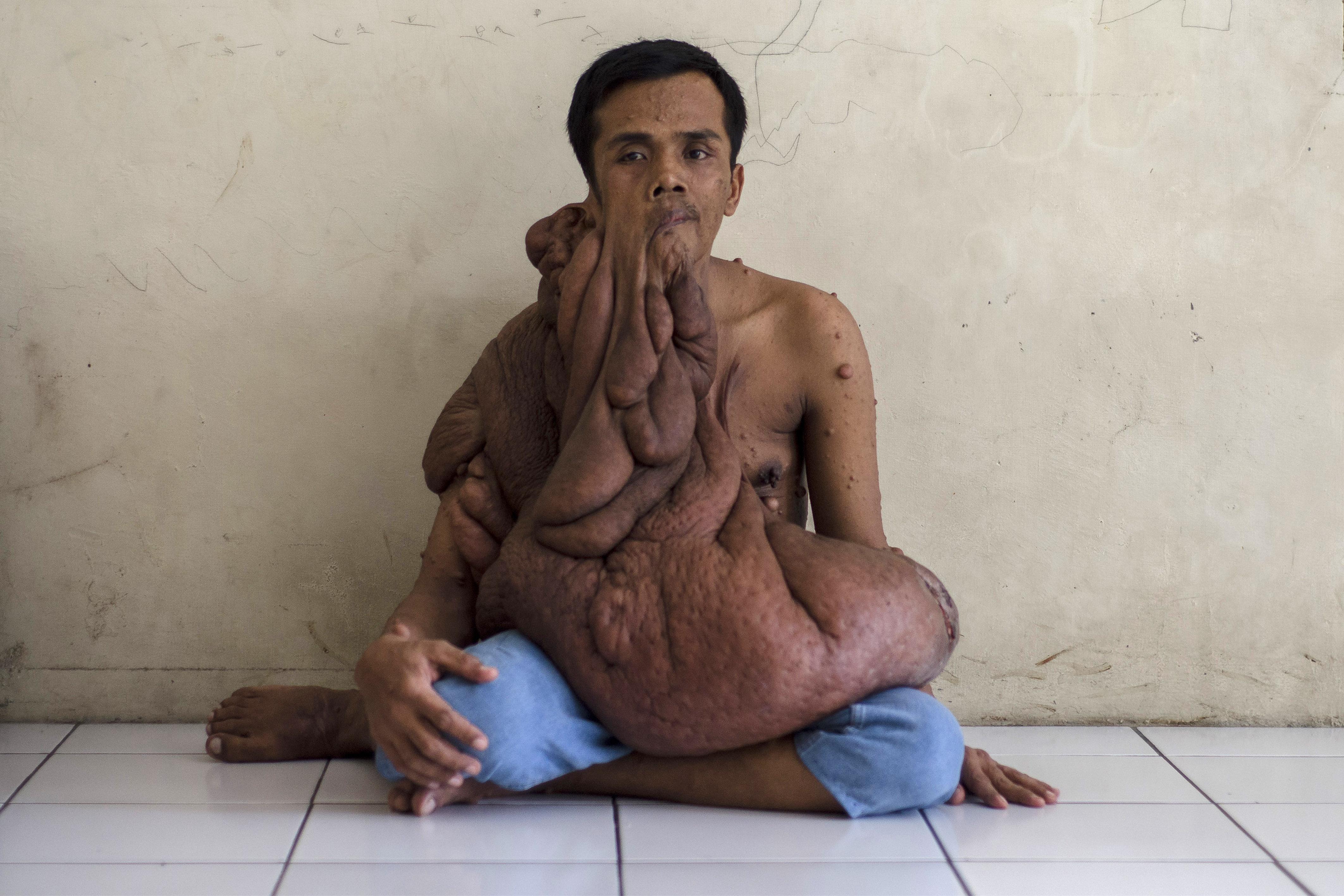 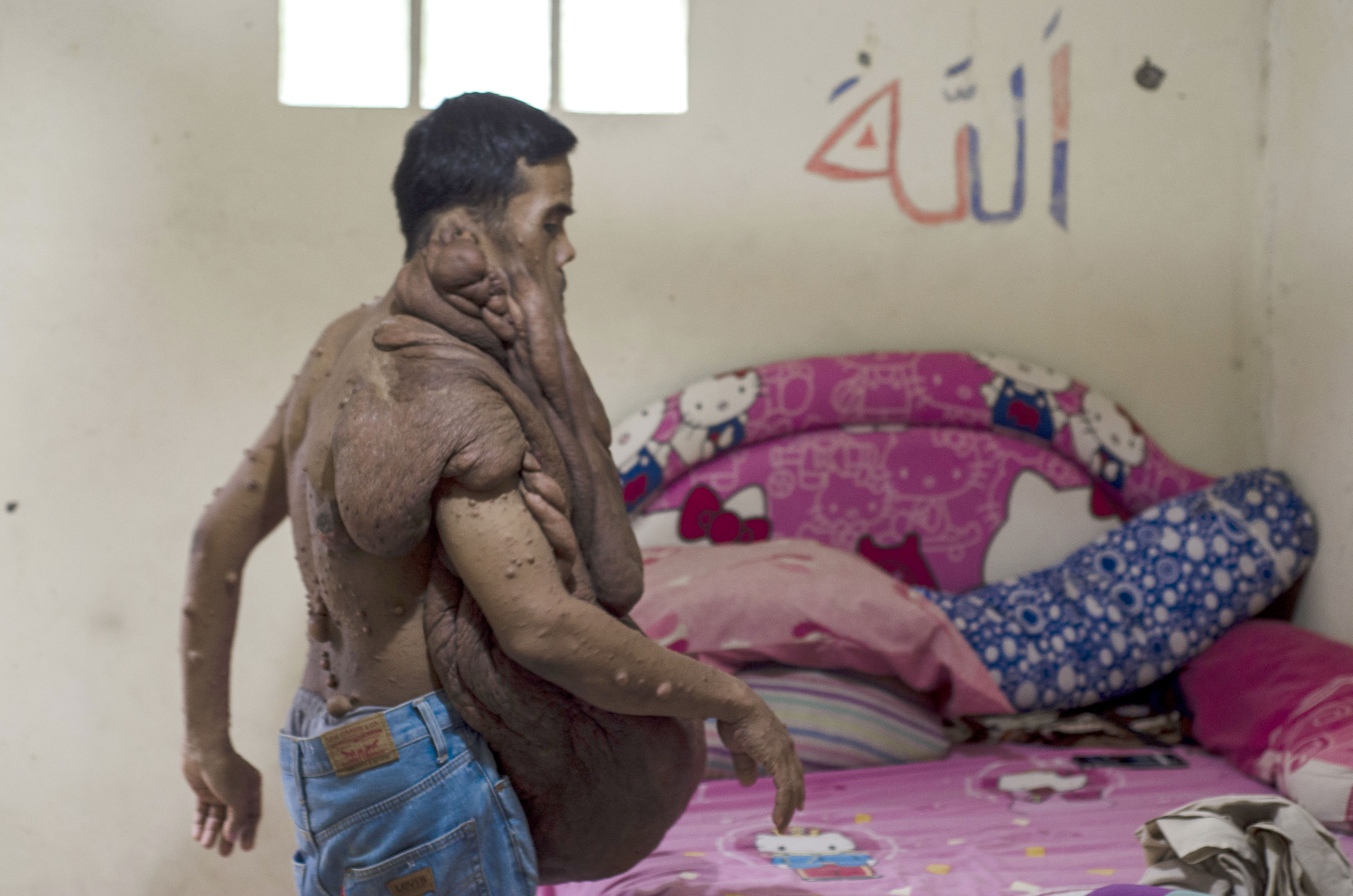 It has sprouted into multiple layers and Putra often covers the biggest part under a roomy t-shirt.

Putra, lives with his ageing parents in Medan, North Sumatra, and suffers from a severe case of Neurofibromatosis – a genetic disorder that affects the normal growth and development of cell tissue.

He faces shortness of breath and cannot walk due to the staggering weight of the tumour.

Putra said: "I often groan in pain…the weight breaks my back. It is very heavy and I experience shortness of breath."

Putra was born with a small blemish on his face but it kept growing with age.

Neurofibromatoses are genetic disorders of the nervous system. Mainly, these disorders affect the growth and development of nerve cell tissue.

There is no cure for neurofibromatosis but symptoms can be controlled

His parents – father Ismed Triad, 60 and mother Eridah, 52, took him to a local doctors when they noticed the blemish but were told there is nothing to worry.

Mr Triad, who is a porter at a traditional market, couldn't afford to take his son for advance medical examination.

Putra said: "I was born with a small blemish but my family assumed that it was a birthmark. But when I was 11 years old, my parents began to suspect it as it was growing bigger.

"They took me to see a doctor who said I have a the disease called "Narrowing of Hormone Vessels" and it is unfortunate.

"By my parents couldn't do much and only surrendered because we had only enough money to fulfil our daily needs. We couldn't continue the treatment because we don't have enough money.

To supplement his family's earrings, Putra worked at a motorcycle showroom for couple of years but was forced to quit two years ago when the weight was unbearable.

He is hoping for a life-saving surgery that could remove the tumour and help him live a normal life.

"I’m in agony. My head and back hurts.

"I cannot work anymore. For the last two years, I am at home. It is getting worse. I want to a treatment that could help me live a normal life." 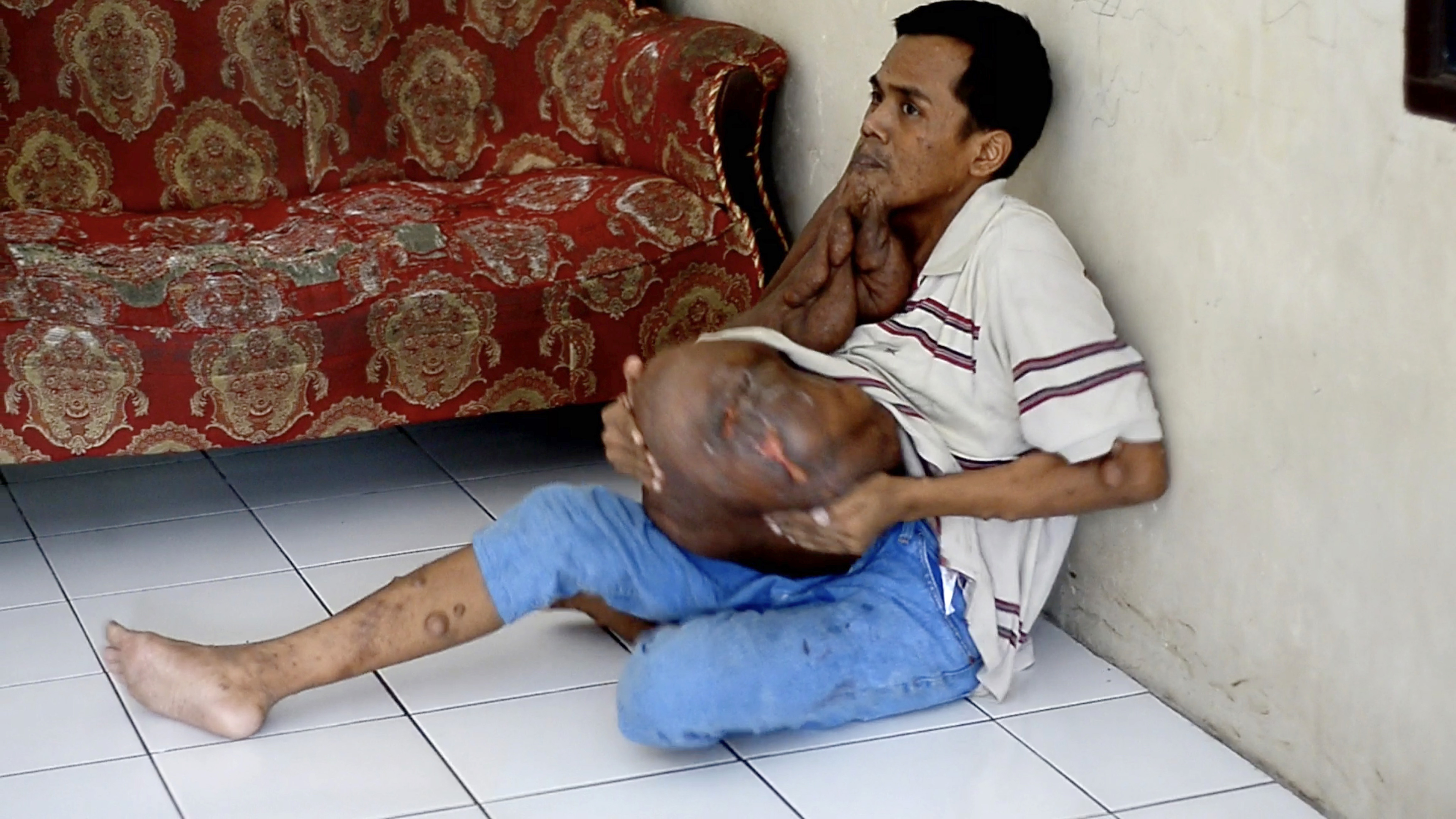 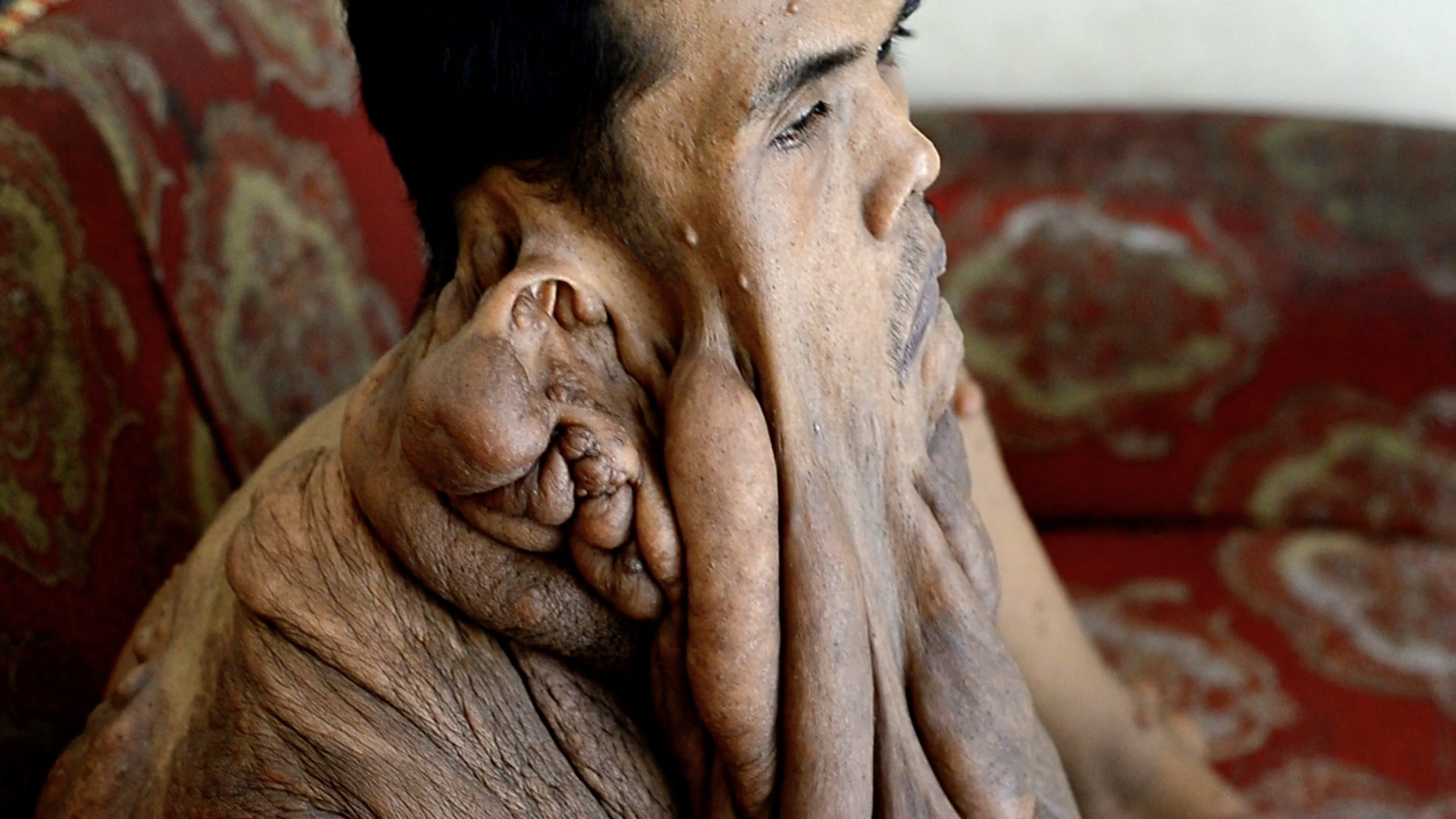 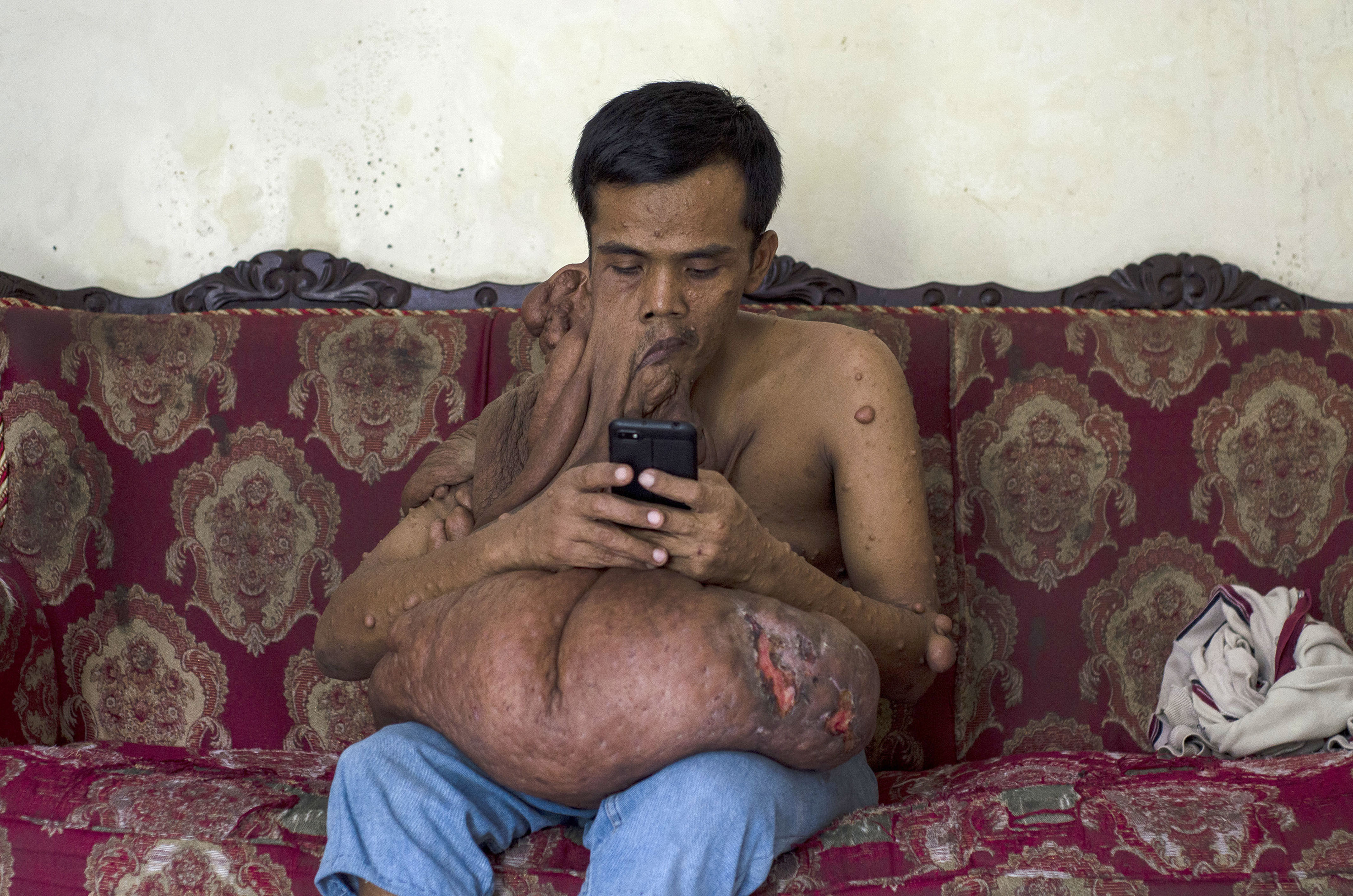 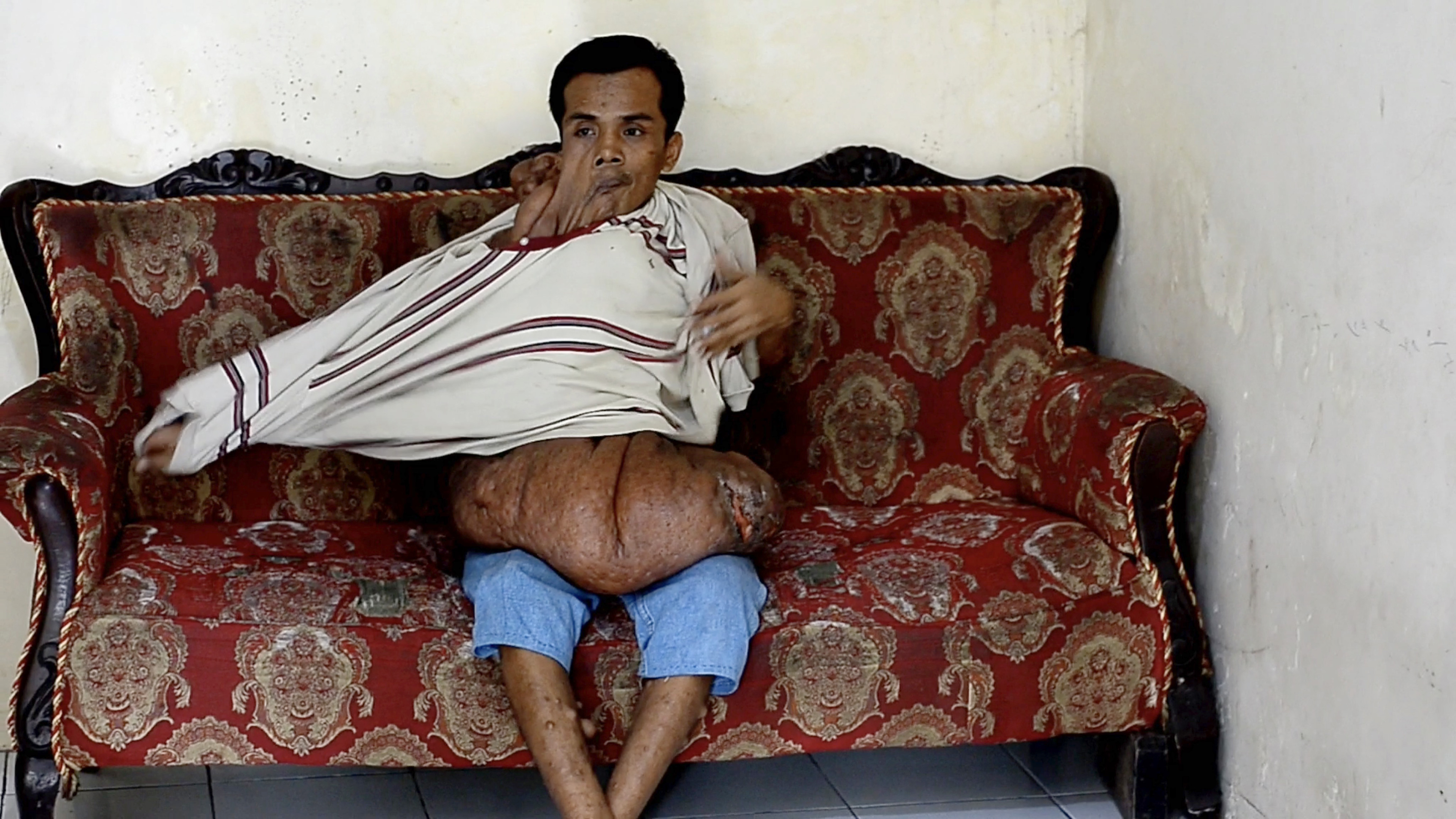 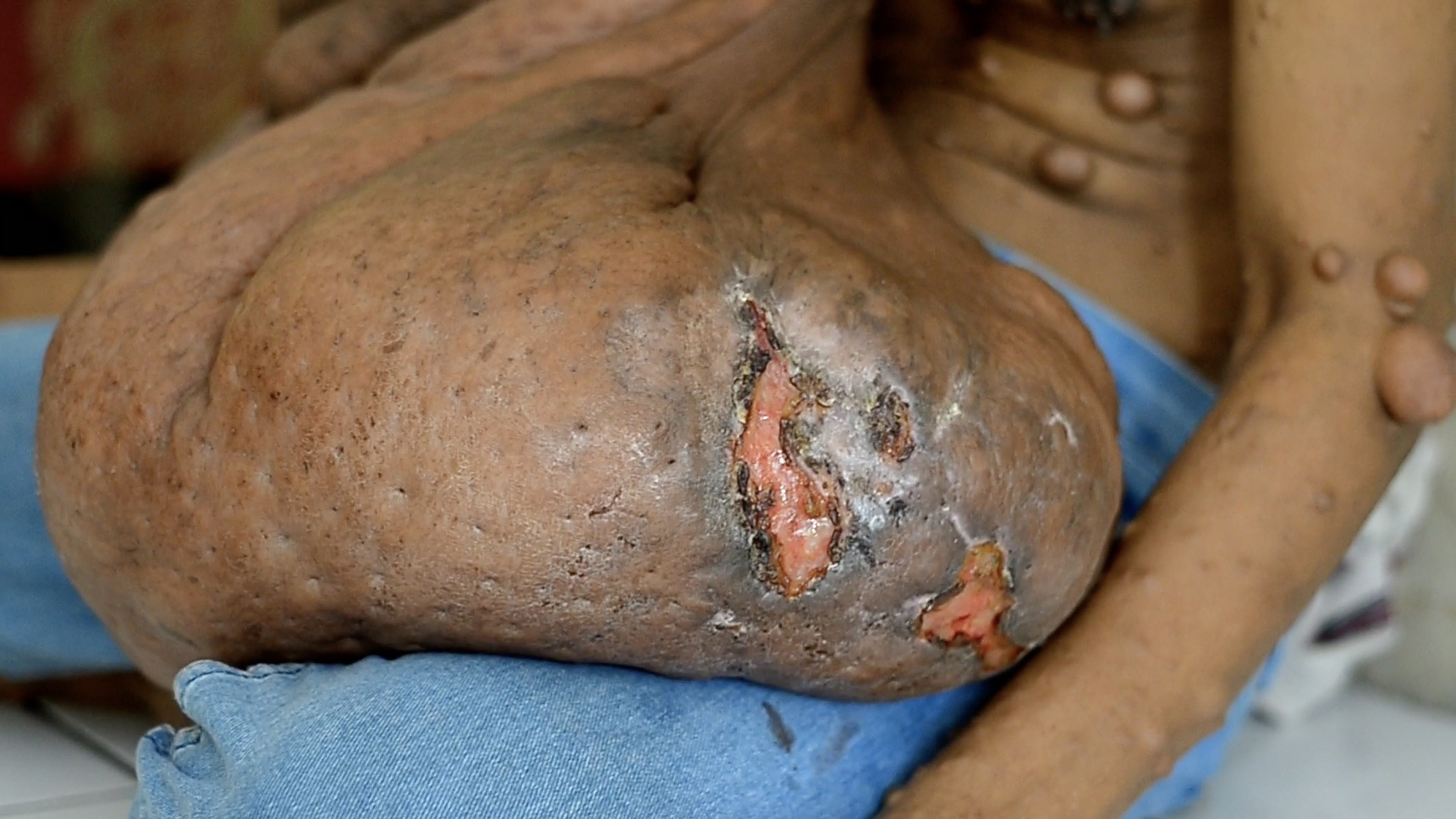 from, man, SIX-STONE, suffering, t
You may also like:

Printers are selling out! 5 in-stock options you can get covered under Yahoo Plus Tech