The out-of-form Frenchman was pictured with Chelsea defender Kurt Zouma and others at the Islamic pilgrimage city, clutching his Gucci bag.

He uploaded the photo with the caption: “Never forget the important things in life.”

Mecca welcomes millions of Muslims every year, with the city recognised by the religion as the birthplace of the Prophet Muhammad.

Pogba visited himself after his hellish end to the Red Devils’ Premier League season, during which they finished a disappointing sixth. 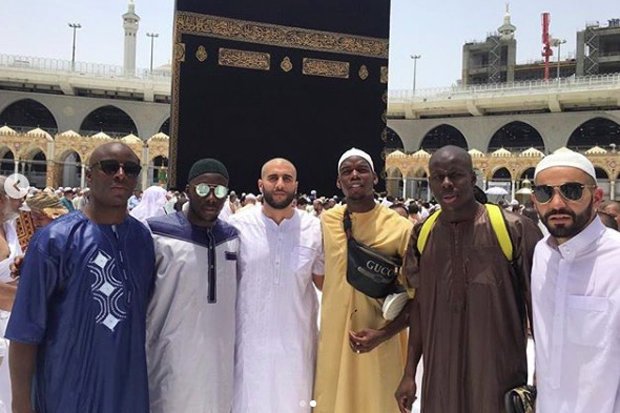 Juventus star and ex-team-mate, Claudio Marchisio, has urged Pogba to make the move.

He said: “Looking at Juventus’ team, I think it lacks a player that can help the team offensively and Pogba would be the ideal player for that.

“I never understood his decision to return to Manchester; he had already been there.”