Let sleeping drivers lie? Man wakes up motorist slumped over his steering wheel and then watches as he careers into traffic and ploughs into a stop sign, safety barrier and lamp-post

A concerned man instantly regrets waking up a driver slumped over his steering wheel after the motorist’s vehicle starts to roll forward – leaving behind a trail of chaos.

In a clip shared on Facebook a horn can be heard beeping in a bid to get the attention of a sleeping driver.

When this fails a man steps out of his car and walks towards the vehicle to check on the driver’s well-being. 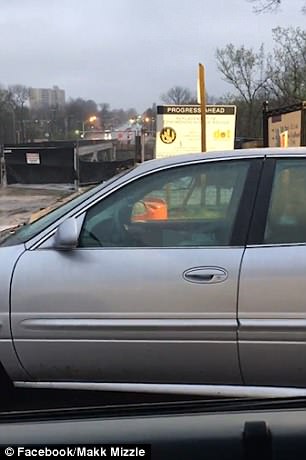 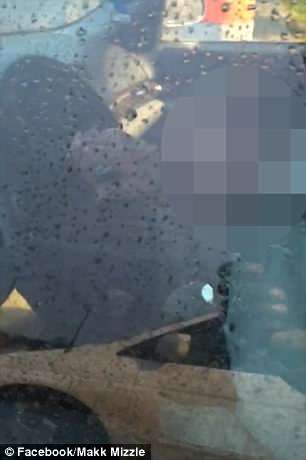 The motorist is found lying across his steering wheel and so the man starts to tap on the car’s window in an effort to wake the driver.

Yet when the sleeping man lifts his head up, the vehicle starts to creep forward.

With its windscreen wipers on and its left indicator flashing, the car crashes into a stop sign.

But the worst is yet to come and although the vehicle thankfully missed colliding with the traffic, it continues to move and crushes the sign under its wheels. 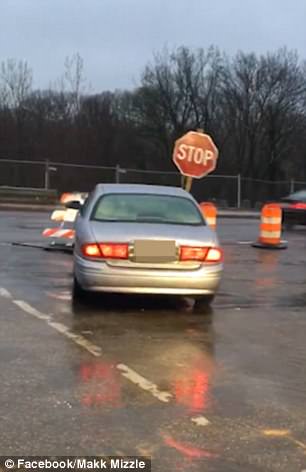 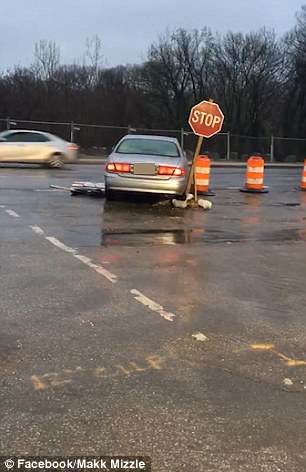 The car then speeds into the road – missing an oncoming vehicle by mere seconds – and heads towards a lamp-post.

Failing to stop, the car rams into the towering pole and knocks it down.

Onlookers are gobsmacked at the scenes they’ve just witnessed and the man who filmed the footage says: ‘Oh s***, I shouldn’t have woke him up!’

The film has been shared 17,000 times. It is believed the footage was taken in the US. 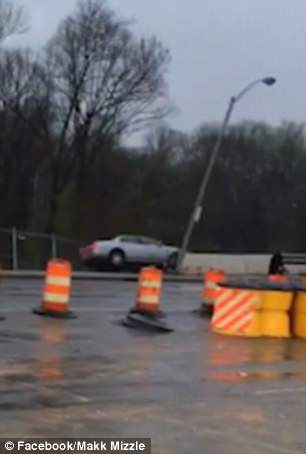 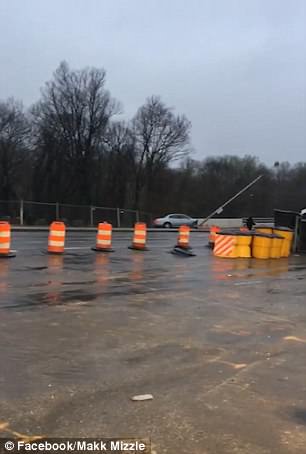