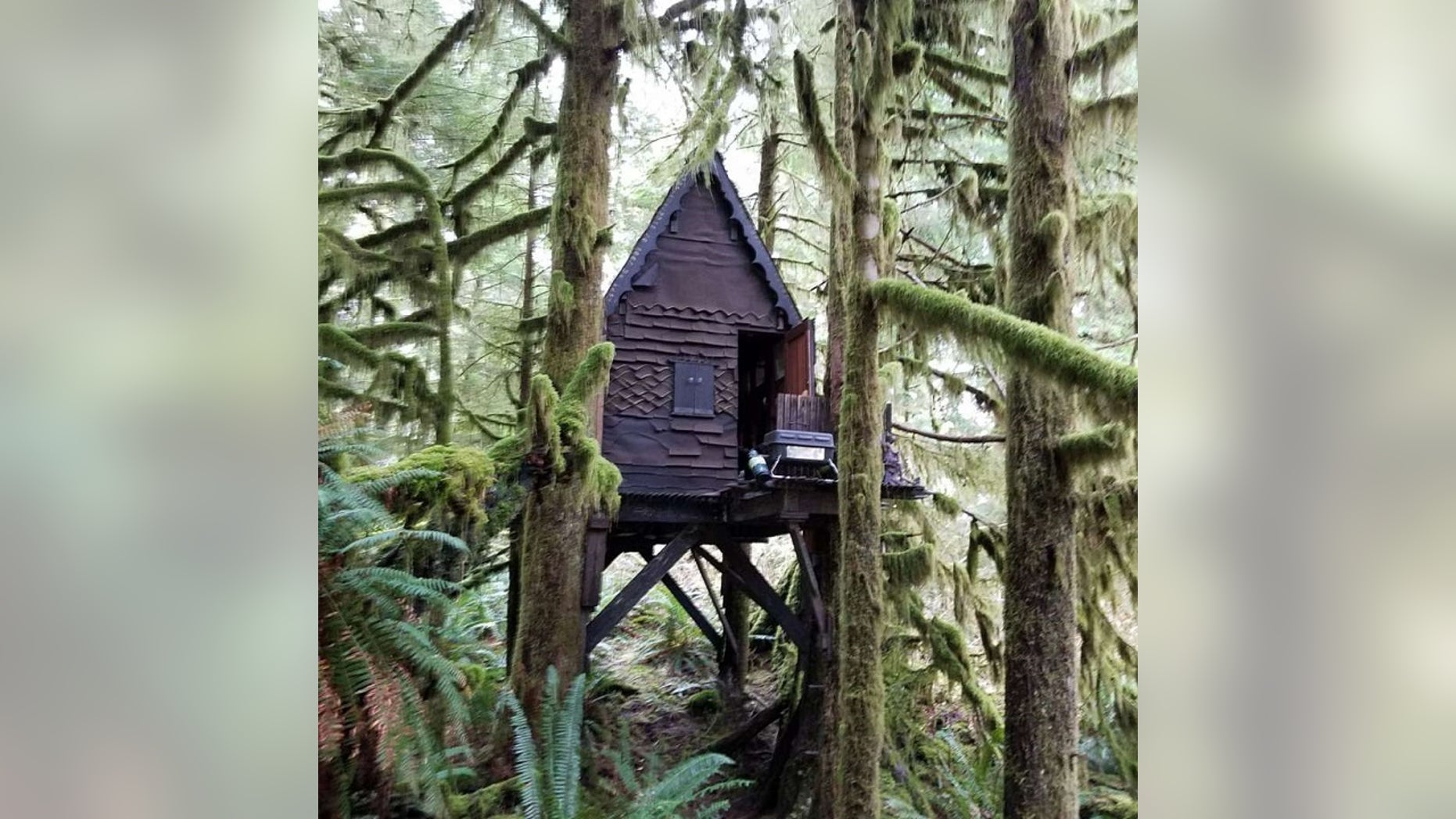 Authorities found a stash of child pornography in a remote cabin in a national forest.
(King County Sheriff’s Office)

A man from Washington state was sentenced to nine months behind bars last week after federal officials found a child pornography stash in his illegally built "fairy" treehouse on federal land.

A U.S. Department of Natural Resources employee had heard rumors in the hiking community about a cabin built illegally in the Snoqualmie National Forest, about 50 miles east of Seattle. The federal employee tried unsuccessfully to locate the cabin himself five times in 2016, according to an FBI report.

The home was known to the U.S. Forest Service for seven years and had last been examined by the agency three years earlier.

After finding the tree house in November 2016, the employee found framed images of child pornography mounted on the walls, including a montage of five large photos displayed across a bed.

He took some photos and brought them to the King County Sheriff’s Office, according to the PI.

The remote structure featured a porch surrounding the home and a ladder that hung about 8 feet off the ground. In 2017, the FBI searched the cabin and found dozens of photos of young girls fastened to the walls. Several items were taken that contained DNA samples and fingerprints that matched Woods.

One sheriff’s detective described the cabin as an "an elaborate treehouse that resembled a fairy or gingerbread house.”

As part of his sentence, Woods will not be allowed to have contact with children without supervision for 10 years, must register as a sex offender and undergo sexual deviancy treatment.