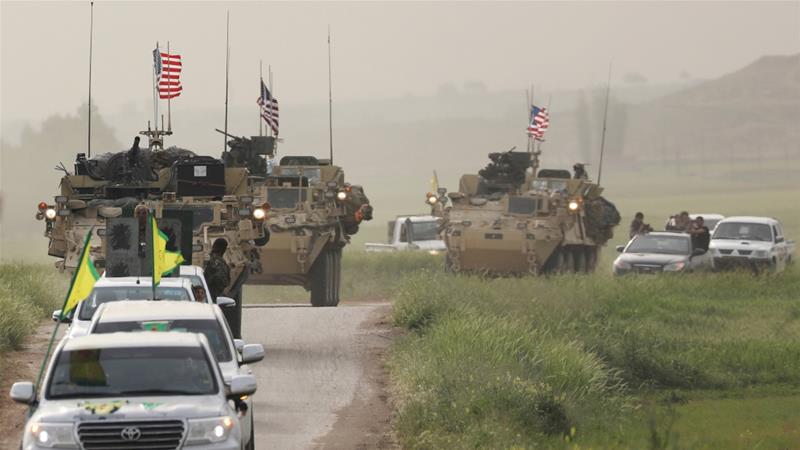 The deadly suicide attack in northern Syria targeting the US forces highlights the urgent need for closer military cooperation with Turkey to secure the restive region, analysts say.

Four Americans were among 19 killed on Wednesday in a bomb blast in the town of Manbij, which is controlled by the American-backed Kurdish People’s Protection Units (YPG) militia. The assault was claimed by the Islamic State of Iraq and the Levant (ISIL, also known as ISIS), which US President Donald Trump recently said had been defeated.

The bombing, which came as Washington begins its military withdrawal from Syria, marked the first US casualties in the war-torn country since 2014.

The US and the Turkish officials have been in a war of words over Washington’s backing for the YPG and what will happen to the areas controlled by it in the north of the country after the American pullout.

Kilic Kanat, research director of the SETA Foundation in Washington, said the latest attack shows the need for transformation in the “fight against terrorism” through better cooperation between the nation-state actors, adding the struggle is not territory-related any more.

“It shows that the US and other countries should move away from territory-based, short-sighted counterterrorism in Syria to intelligence-based, long-term counterterrorism through cooperation at the nation-state level to target financing of terrorism, human trafficking, et cetera,” he told Al Jazeera.

“Therefore, it should be understood that the YPG does not have the necessary instruments to wage this war in the current situation as the fight against ISIL is not a territory-based struggle any more,” he added.

The US withdrawal from Syria was initially expected to be a quick one, but the timetable has become ambiguous and some conditions were set in the weeks after the US president’s announcement, including the safety of the Syrian Democratic Forces (SDF), the anti-ISIL force led by the YPG.

The US-backed SDF’s operations played a part in the removal of the ISIL fighters from the vast majority of the territories it captured in Syria and Iraq since 2014 and Washington has defended its alliance with the group through these years.

However, Ankara considers the YPG and its political wing, the Kurdish Democratic Union Party (PYD), the “terrorist groups” with ties to the armed Kurdistan Workers’ Party (PKK) that has waged a war in Turkey since the 1980s in demand for autonomy.

The US demand for SDF fighters’ safety has been a source of tensions between the two NATO allies, which led to Trump threatening Ankara with economic devastation if it hits the SDF fighters.

Another strain between the allies is a plan about Manbij, which Ankara says is stalled by Washington.

Turkey has long demanded the SDF fighters to move to the east of the Euphrates River in Syria and leave the control of the town of Manbij to the Turkish army and Turkey-backed opposition forces.

Ankara threatens to carry out a military operation in the area and says a deal has been reached with the US for SDF’s withdrawal last year, but Washington has still not fulfilled it.

Turkey has launched two military operations in northern Syria over the last three years that targeted YPG and ISIL.

“The Manbij agreement has not been carried out by Washington yet. Furthermore, Washington is acting vague about the withdrawal, changing statements all the time. These things upset Turkey and make officials doubt Washington,” Muhittin Ataman, a professor with Turkey’s Ankara University, told Al Jazeera.

“All these uncertainties make Turkey view the security zone in Syria recently agreed on between the two sides with suspicion as well,” he said, adding the recent attack shows the incapabilities of the YPG.

“Washington will have to respect and take action about Turkey’s sensitivities if they want to cooperate with Ankara on ISIL and wider issues in the Syrian crisis,” Ataman said.

Turkish and American presidents decided to set up a security zone inside Syria on the border with Turkey in a phone conversation earlier this week, one of several that have taken place recently.

President Recep Tayyip Erdogan said his country would set up the 32-km security zone in northern Syria along the Turkish-Syrian border, without giving any further details about the project.

Kanat said recent telephone conversations between Trump and Erdogan are helping to get over misunderstandings between the two countries.

“Multiple voices in Washington make officials in Ankara hard to understand who is talking on behalf of Trump or the administration. So, Turkey tries to take positions in mutual issues, particularly Syria, over direct conversations between Trump and Erdogan,” he said.