Princess Anne’s ex-husband Captain Mark Phillips was spotted back at Land Rover Burghley Horse Trials again today with his rumoured new girlfriend as the pair cheered on his daughter Zara Tindall once more.

Phillips, 73, was pictured driving a Range Rover to the event with Belgian equestrian Florence Standaert, who is thought to be almost the same age as the former Olympic gold medallist’s daughter, 41-year-old Tindall.

The pair, who have been in attendance all week, were also seen driving around with a couple of dogs at the event in Lincolnshire.

Thirty years on from his divorce to Princess Anne, Phillips, who turns 74 this month, was said to be ‘inseparable’ from Standaert as they watched the Queen’s granddaughter compete in the long-awaited return of the trials on Thursday and Friday.

‘She’s his new girlfriend,’ a source at the event in Lincolnshire told the Daily Mail, referring to Standaert, believed to be in her 40s.

The trials, taking place across four days from Thursday to Sunday, have returned after a two-year hiatus, due to the Covid-19 pandemic. 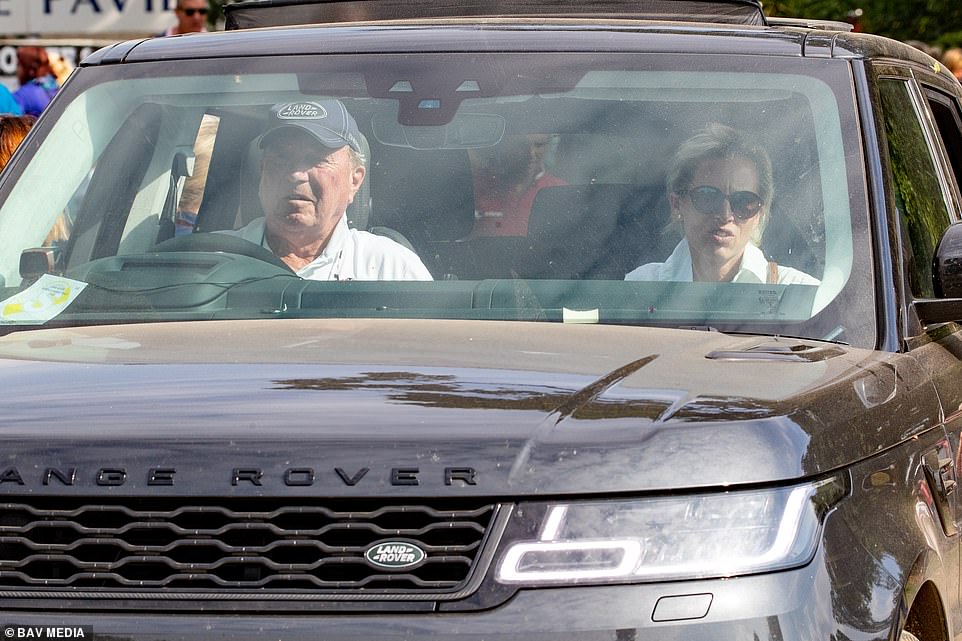 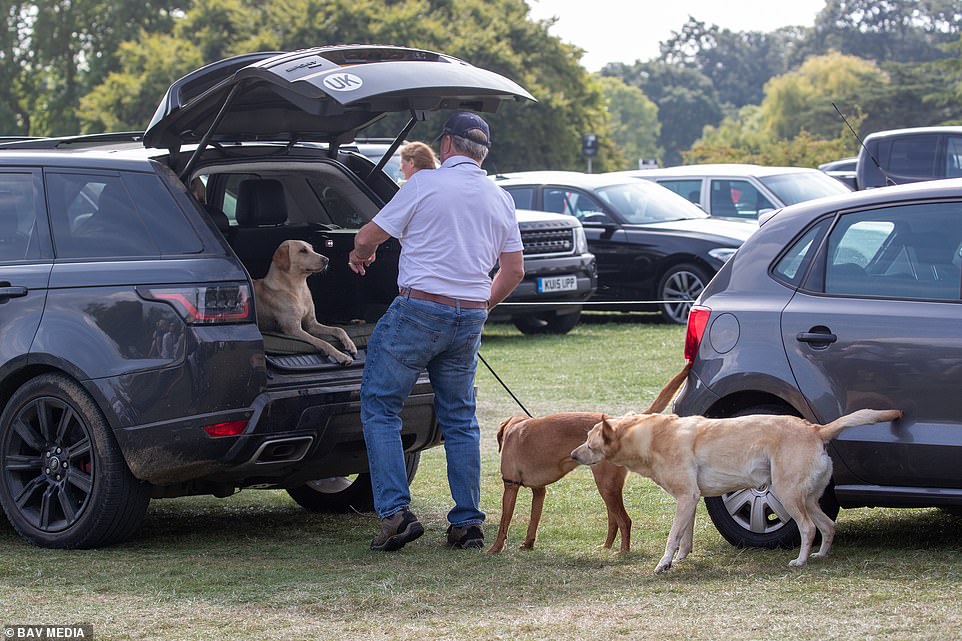 Phillips (pictured) and Standaert, who have been in attendance all week, were also seen with a couple of dogs at the event in Lincolnshire 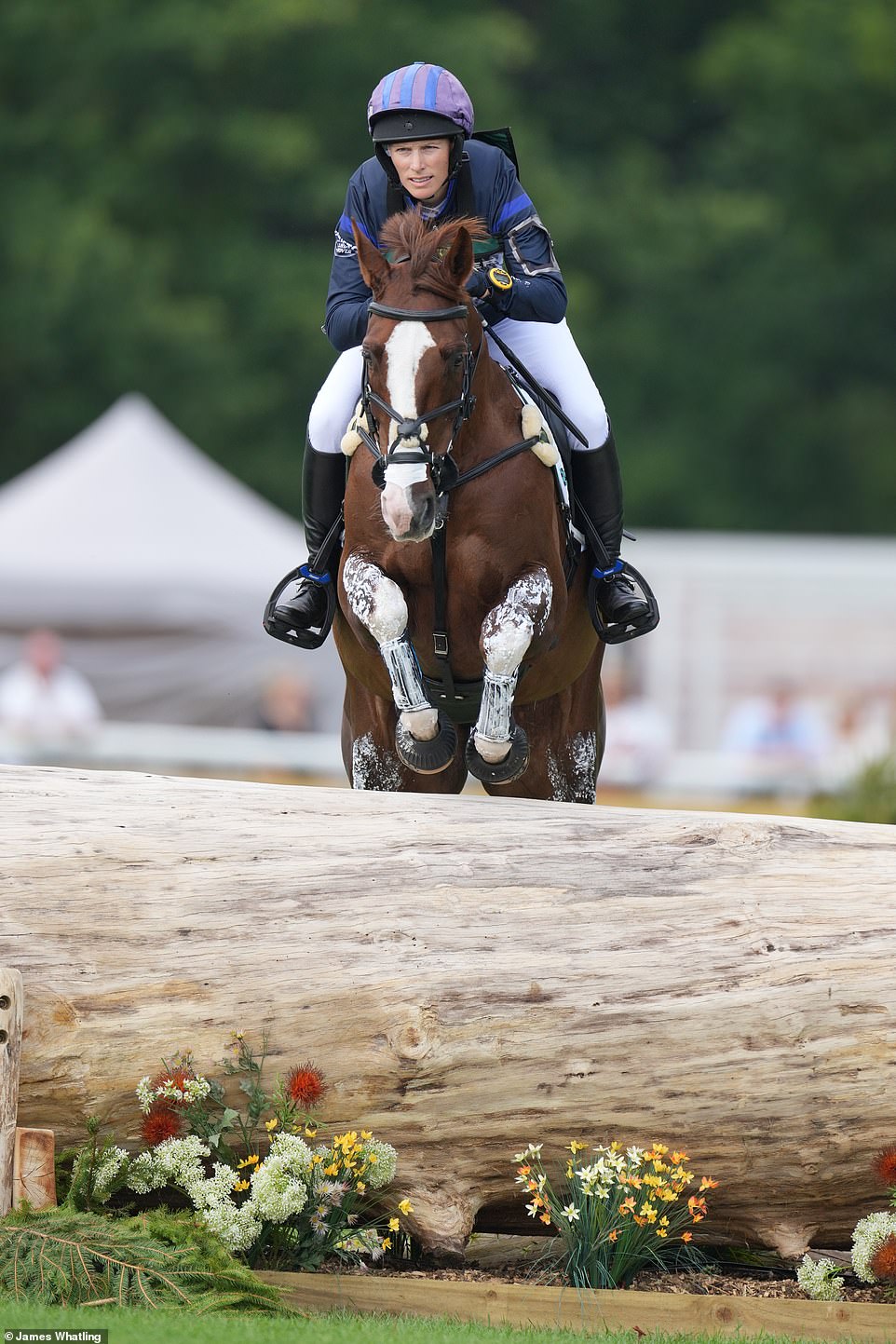 Zara Tindall (pictured), 41, was seen competing at Land Rover Burghley Horse Trials today after the event took a two-year hiatus due to the pandemic 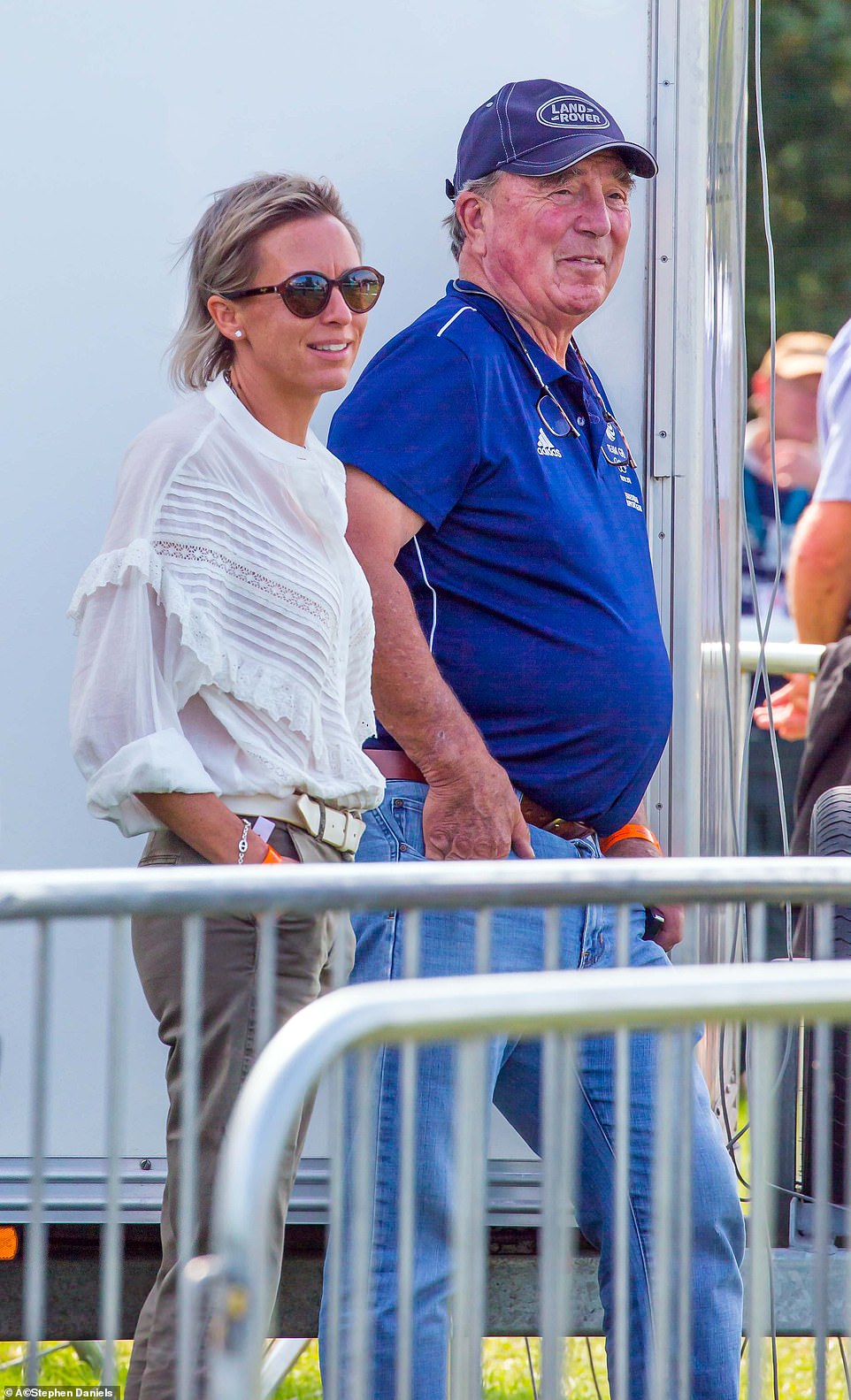 Captain Mark Phillips, 73, was seen to be ‘inseparable’ from Florence Standaert (pictured together) as they attended Land Rover Burghley Horse Trials on Thursday and Friday before returning again today 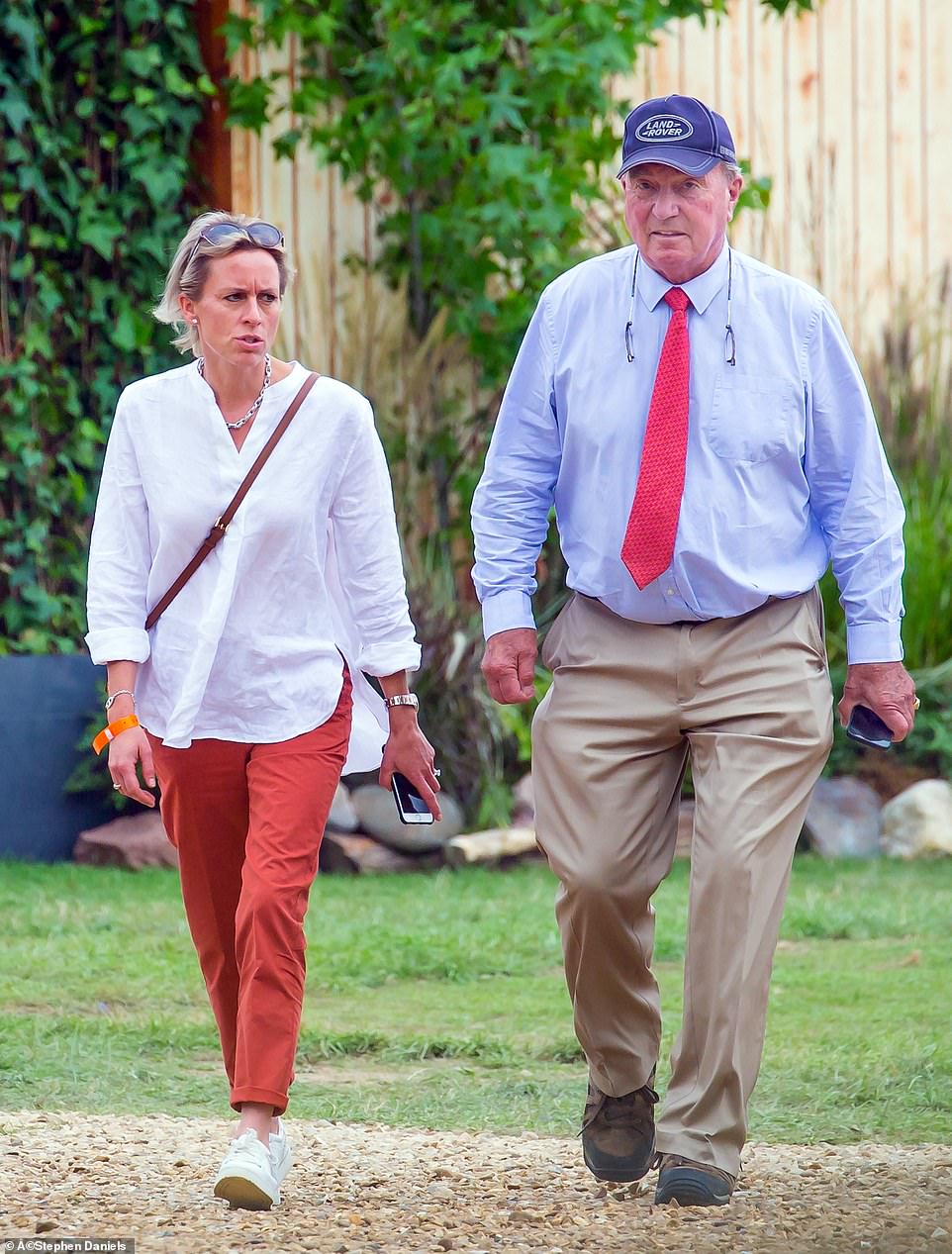 Standaert (left) is thought to be almost the same age as Zara Tindall, 41, who she was watching compete alongside Phillips (right) all week 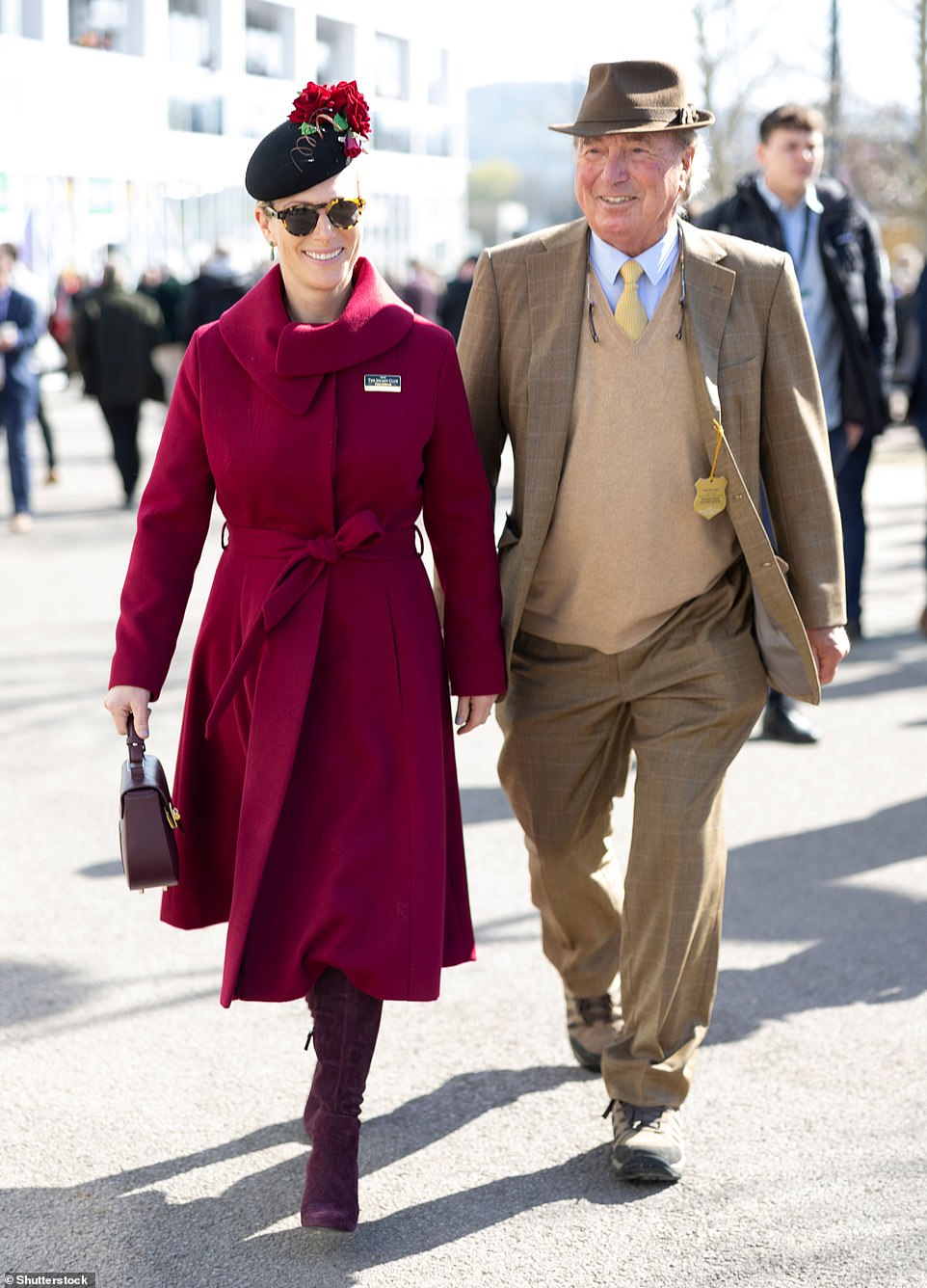 Phillips was back in attendance to watch Zara who finished the opening day on fourth after a successful return to the trials. Pictured: Phillips and his daughter at Cheltenham Racecourse earlier this year

Standaert’s long-term boyfriend, Thomas Ryckewaert, ran the Waregem horse trials in Belgium until his death at the age of 63 in 2019.

And a year later, Phillips designed a cross country-course at Waregem, run by Standaert.

Phillips divorced Princess Anne, 72, in 1992 after 19 years of marriage. The couple got married at Westminster Abbey on November 14, 1973 as an estimated 500million people watched on. 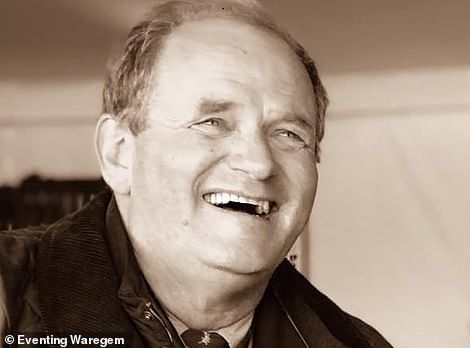 Standaert’s long-term boyfriend, Thomas Ryckewaert (pictured), ran the Waregem horse trials in Belgium until his death at the age of 63 in 2019

Four years later, they had their son, Peter Phillips, before Princess Anne gave birth to their youngest child, Zara who would go on to marry former England rugby international, Mike Tindall.

Princess Anne is alleged to have had an affair with Sergeant Peter Cross, her then police bodyguard and member of the Royal Protection Squad.

He began guarding 29-year-old Anne in the autumn of 1979 at Gatcombe Park in Gloucestershire and during royal engagements. At the time, she had been married to Captain Mark Phillips for six years.

By September 1980, Mark Phillips is said to have become angered by their ‘over-familiarity’. Cross was told he would have to quit by Commander Michael Trestrail, the Queen’s own bodyguard.

But by the time Anne found out, Cross had already packed his bags and left his quarters. She is said to have gone to her room and wept.

Whether or not the Queen was involved with the decision has never been revealed. 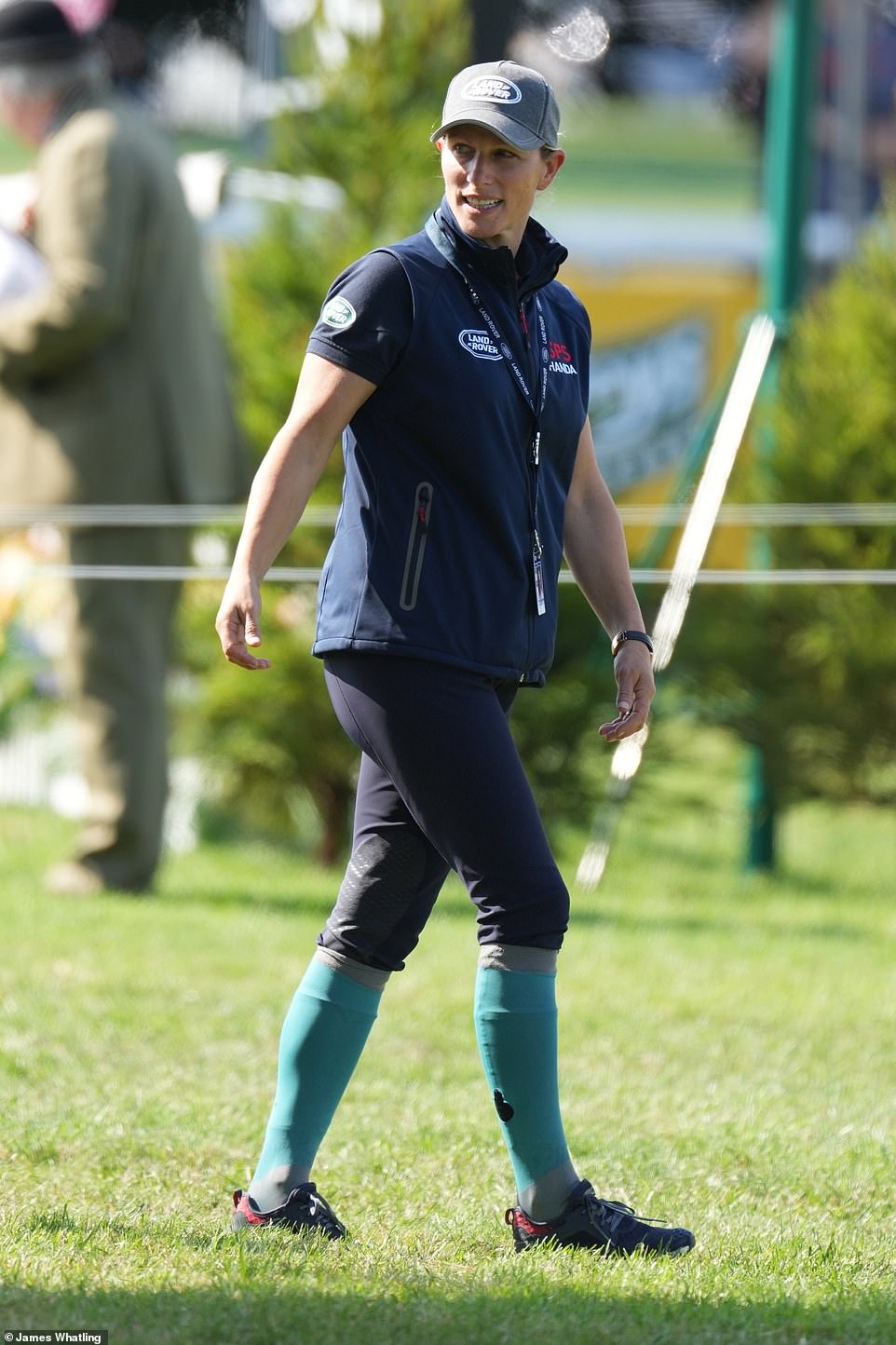 Zara Tindall (pictured), who had a successful opening day, was seen competing at the Burghley Horse Trials again earlier today 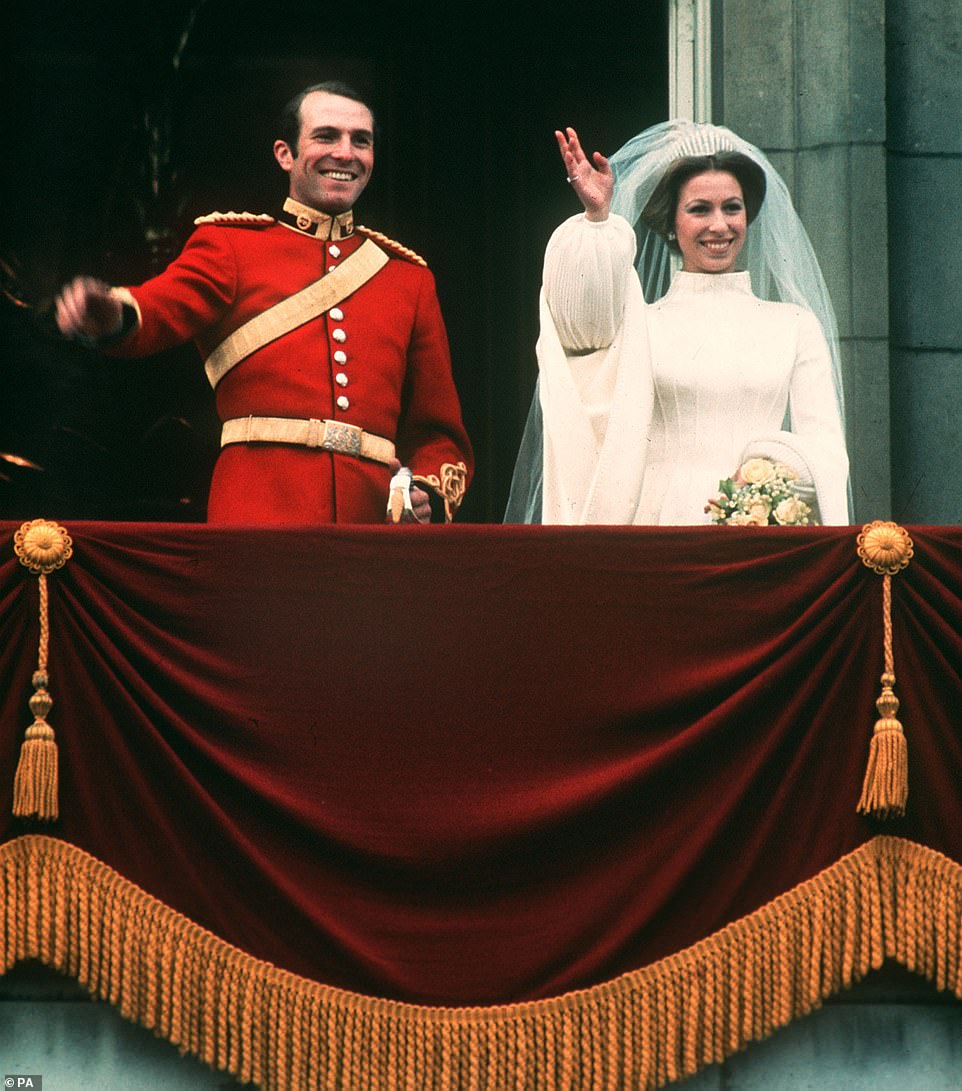 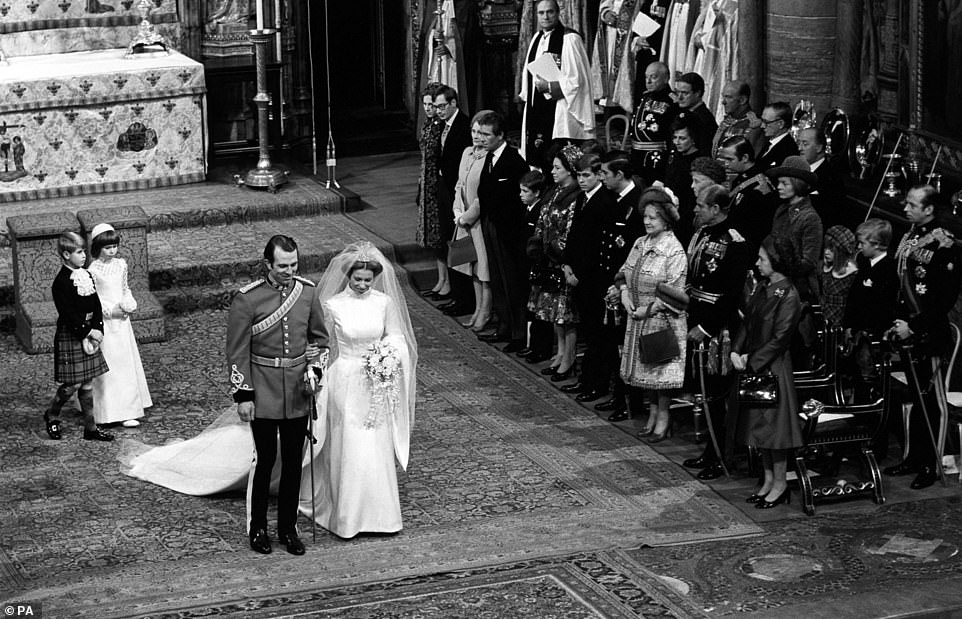 Anne’s first marriage finally fell apart after she embarked on an affair with Commander Tim Laurence in the late-1980s. Cross then reared his head again, twisting the knife further by giving his own insights into her failed marriage to Mark Phillips.

Meanwhile, the Olympic gold medal winner married American dressage rider Sandy Pflueger, 67, in 1997, but it was confirmed in 2012 that they had separated.

Phillips, who has a reputed fortune of up to £20 million, had already become involved with another woman, Lauren Hough, 45, an American showjumper.

Friends speculated in 2015 that he and Hough would soon get engaged, but the announcement never came. 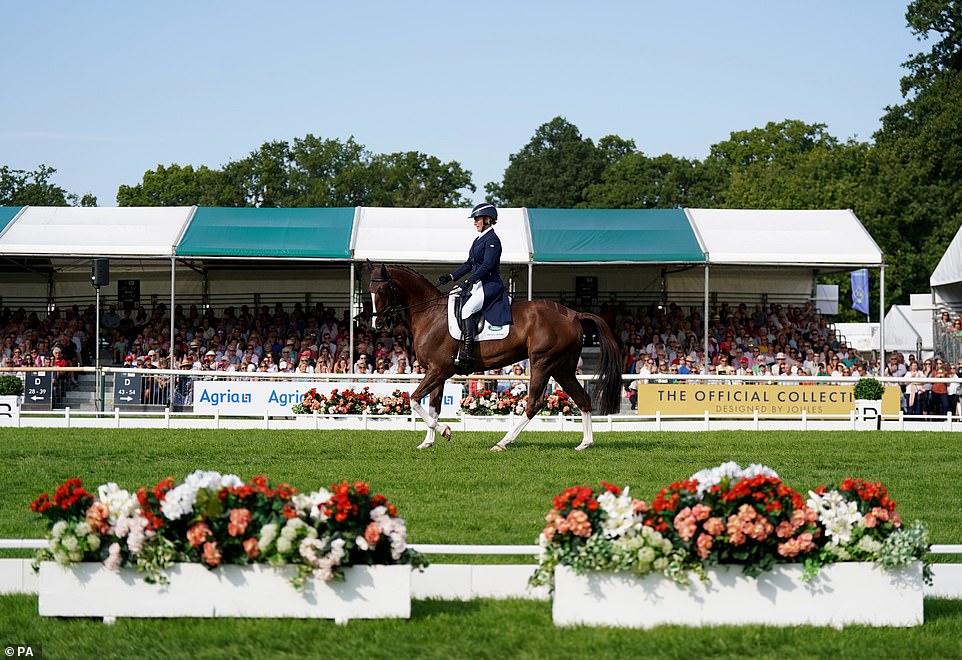 Zara Tindall had closed the opening day of the trials by posting a score of 28.4 on Class Affair (pictured) 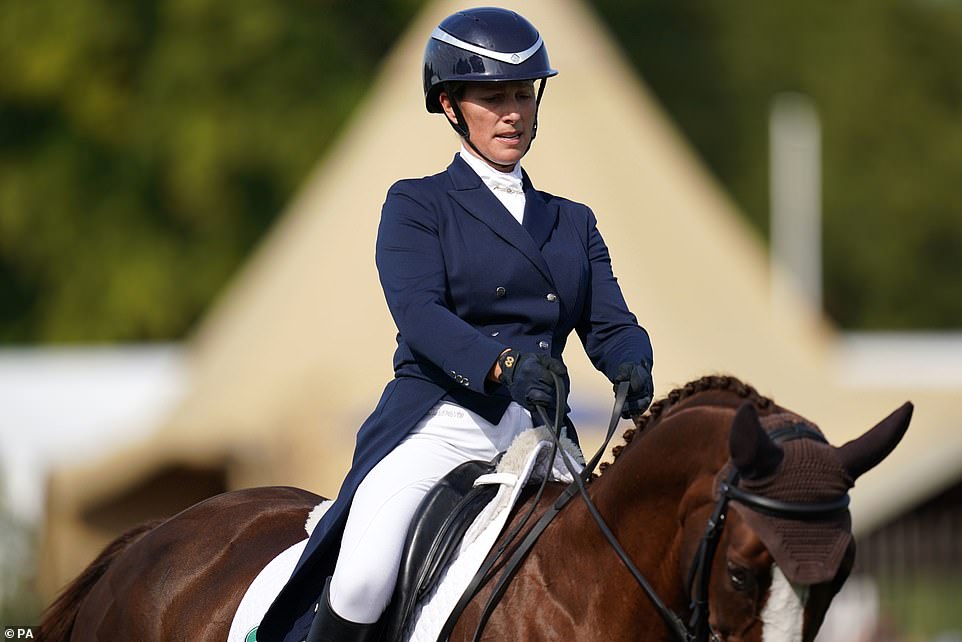 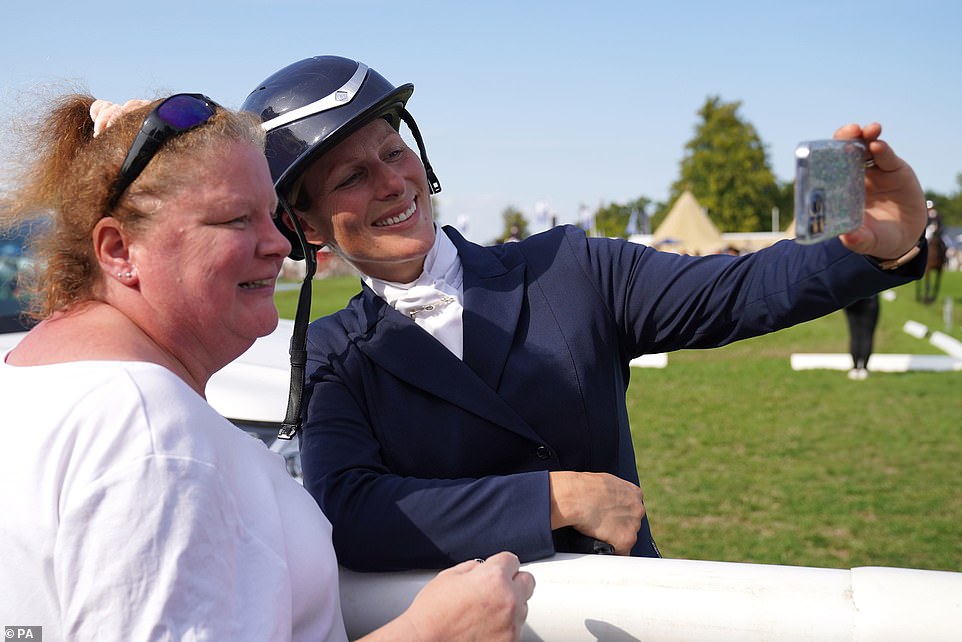 Tindall had looked relaxed as she walked around the cross country course in Stamford, Lincolnshire, before competing.

The daughter of Princess Anne seemed in her element as she strolled the grounds alongside a dog. Reflecting on the first day, Tindall said: ‘I am so pleased with that.

‘He has always had the potential, but his brain takes over a bit, and it did a little bit in a couple of the movements, but he came back and he was much calmer than he has ever been in there. 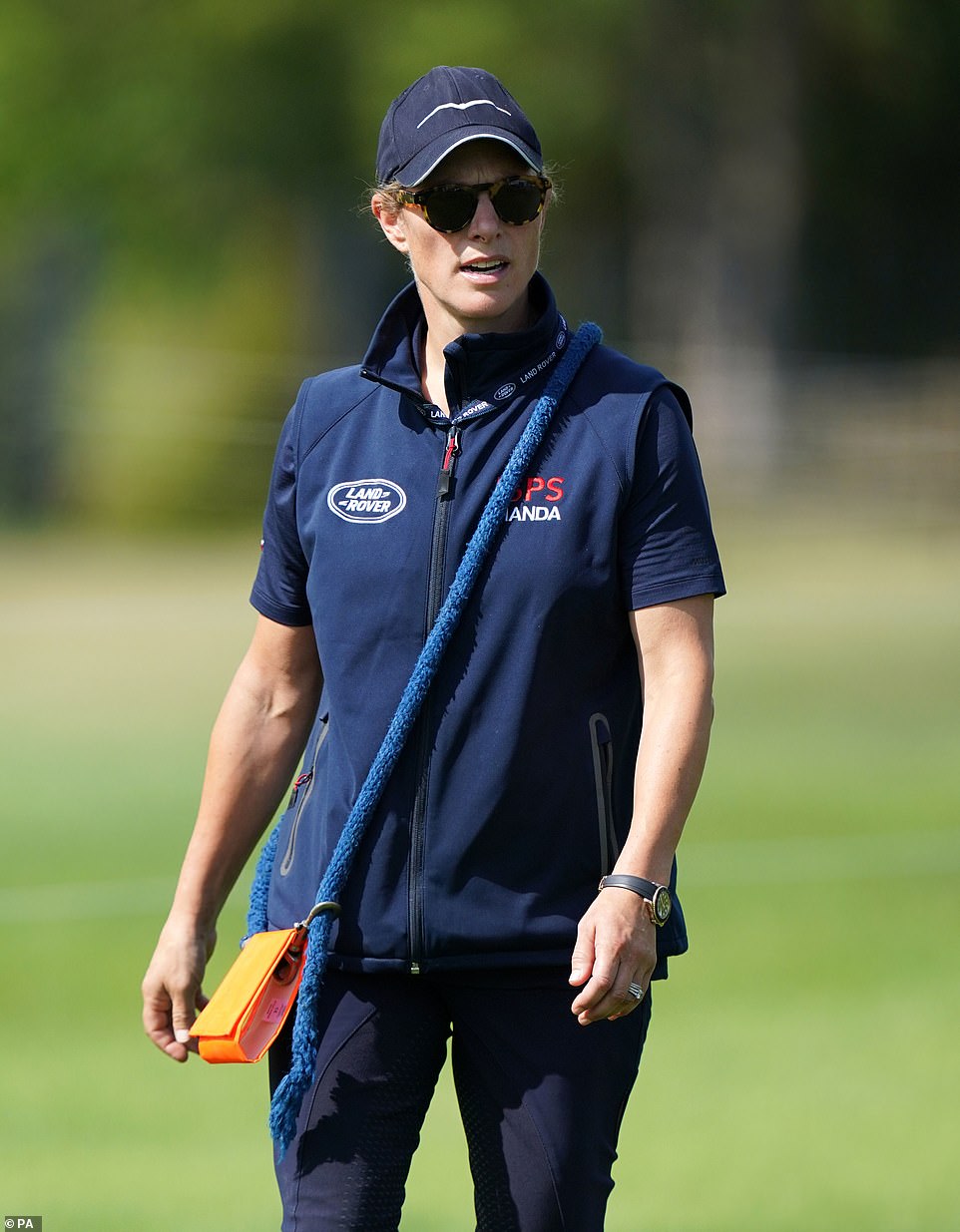 Tindall (pictured) looked calm and collected before the event started as she walked around the cross country course in Stamford, Lincolnshire

‘I am delighted to be under [a score of] 30. It [leaderboard] will probably change a bit tomorrow, but at least you are giving yourself a shout, aren’t you.’

A total prize fund of more than £320,000 is the largest in Burghley’s 61-year history, with dressage followed by Saturday’s cross-country phase and the showjumping finale 24 hours later.

‘Everyone here understands the cost and time it takes to produce a five-star horse,’ Burghley event director Martyn Johnson said.

‘And the increased prize money reflects the board’s commitment to ensure that Land Rover Burghley continues to be at the pinnacle of our sport.’