Follow
Home » World News » 'Masked Singer' Snowstorm gets iced out, then gets revenge

'Masked Singer' Snowstorm gets iced out, then gets revenge 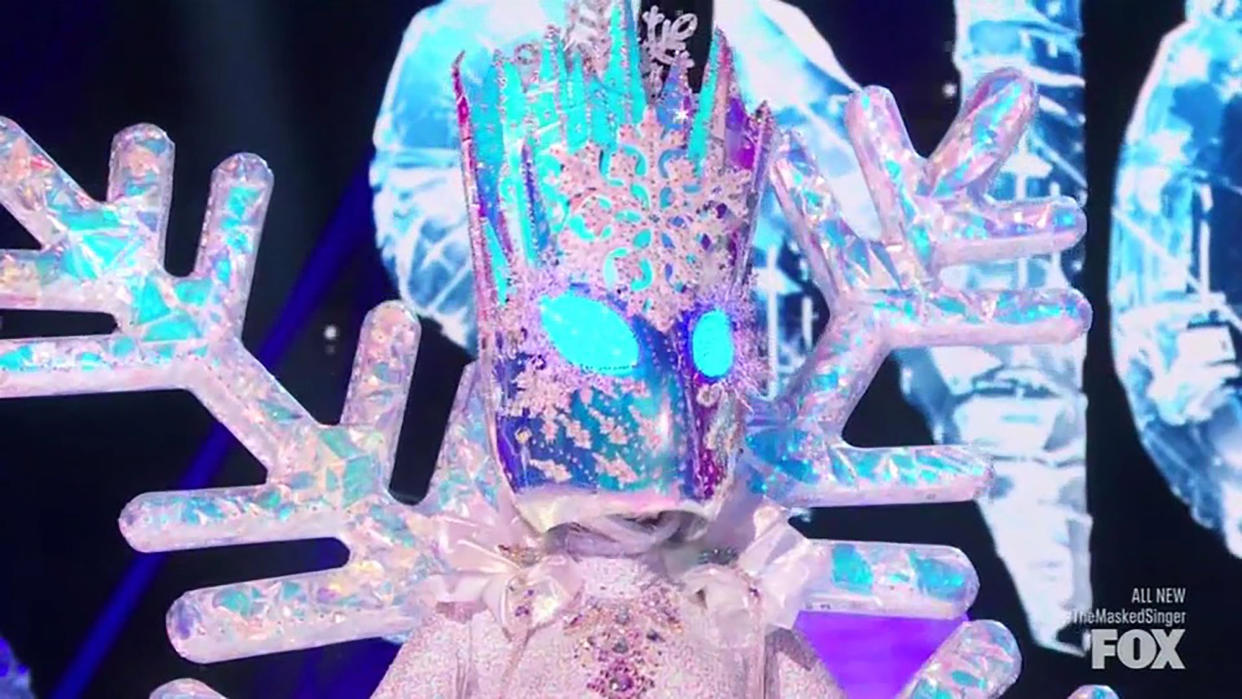 The Masked Singer semifinals aired on a special night this week — Thanksgiving! — after a whirlwind eighth season that had already seen 18 celebrities go home, often after only performing once. But not all longtime Masked Singer viewers were feeling especially thankful for this turkey of a season, due to a drastic new weekly double-elimination format that sucked much of the suspense out of what used to be America’s favorite guessing game. And so, by the time we got to the three “reigning queens” who’d managed to survive more than one Season 8 episode and make it to this week’s semifinals — the Harp, the Lambs, and the Snowstorm — most viewers were already pulling a Ken Jeong and shouting, “I know exactly who this is!” Sigh.

That being said, for those who’d rather watch the Harp vs. Lambs vs. Snowstorm than the Bills vs. Lions or Patriots vs. Vikings while languishing in their post-binge tryptophan stupors, The Masked Singer semifinals did provide some quality counter-programming Thursday. All three contestants performed solo, then faced off in an epic three-way battle royale that determined the two advancing to this season’s grand finale.

The Harp totally got the Thanksgiving party started with a sassy, sexy, bopping, octave-hopping performance of Lizzo’s disco-diva anthem “About Damn Time,” which surely roused many viewers from their food comas. “She’s killing it, killing it!” judge Robin Thicke shouted midway through, looking utterly stunned. “That was the best performance of the entire season, hands down,” Nicole Scherzinger gushed afterwards. “You could make me cry with a voice like that. We know you’re going to get to the finals,” Jenny McCarthy-Wahlberg raved.

Up next was the Snowstorm, arguably the weakest singer among the three semifinalists — during her clues package this week, she even revealed that her childhood vocal teacher once told her she didn’t have “it.” (“That was the day my dream died,” the onetime wannabe pop star sadly confessed.) It would be tough for the Snowstorm to hold her own against the Harp’s power-vocals and the Lambs’ heavenly harmonies, but her tender performance of Katy Perry’s “Thinking of You” was surprisingly magical and captivating. “That performance was so beautiful, so touching; I can hear your passion behind your voice,” cooed Jenny. “That vocal has so much texture and purity. That was your best vocal performance,” said Robin. “You’re peaking at the right time. … This is your moment,” Ken declared.

But then the Lambs came in like lions, and it was clear that the Snowstorm would be frozen out. Their three-part-harmony cover of Lady A’s “Need You Now” was so gorgeous and goosebump-raising, they should seriously consider releasing it as a record. “Wham, bam, thank you, Lambs!” exclaimed Robin. “I can tell you love music so much. It just comes from your soul and in your veins and in your spirit, and I feel it every time,” said Nicole. “I think this is the most authentic performance of the evening. Amazing, amazing job,” gushed a teary Ken.

We just need you on #TheMaskedSinger now, #TheLambsMasks! ❤️ pic.twitter.com/XeGNR5rtv4

This already seemed like a fait accompli, but there was still a battle royale of Kelly Clarkson’s “Since U Been Gone” to make it official. In my opinion, the winner of this battle was the Harp, but the judges and studio audience voters determined that the loserwas the Snowstorm — so, predictably, she was gone. And, as I’d predicted two weeks ago, she turned out to be comedian Nikki Glazer.

Nikki may not have won this battle, nor did she win the Masked Singer war, but she could leave the show with her icy head held high, having made it to the top three (a feat that music legends like George Clinton, Ray Parker Jr., and even Gloria Gaynor did not achieve). And she finally fulfilled her long-deferred pop-star fantasy. “This one’s for you, dream-killer,” she said snarkily, dedicating her respectable Masked Singer run to her above-mentioned nasty vocal coach. “[Singing] was the first dream I ever had in wanting to be a performer, and it was squashed at such a young age, and it just became something that was not attainable to me. So, when this opportunity came up, it was so perfect.”

So now, let’s look at the two last masks standing…

It was no surprise that the Harp — whom Ken declared the “frontrunner for this season” back on episode one — made it to the finals. And it won’t be a surprise when she is eventually revealed to Glee star Amber Riley, a guess I made during episode one.

Besides her almost instantly recognizable power-vocals, all of the Harp’s clues have led to an Amber alert. She described herself as an “idol for anyone that felt like an outsider,” which was on-brand with the Glee ethos. She introduced herself with the line “And I am telling you,” and Amber was in Dreamgirls. We have seen a witch’s hat, and Amber played the Good Witch of the North in NBC’s The Wiz and performed in Wicked in Concert. We saw 3D glasses, a likely reference to the concert movie Glee in 3D. She mentioned winning awards for acting, singing, and comedy — the latter honor shared with her “besties” — and Amber has picked up the Laurence Olivier Award for Best Actress in a Musical, the Evening Standard Theatre Award for Best Musical Performance, and the Screen Actors Guild Award for Outstanding Performance by an Ensemble in a Comedy Series (for Glee, of course). She mentioned that when she was a teenager, she auditioned for “the biggest show in the world” but “didn’t fit the mold and was turned down,” and Amber unsuccessfully tried out for American Idol at age 17. And she revealed that she has worked with Nicole, who co-starred with Amber in the short film Straight Outta Oz with Season 6 runner-up Todrick “The Bull” Hall. This week, we got a Christmas clue, too — likely referencing Amber’s two television holiday movies, Christmas Déjà Vu and One Christmas Wish.

As for the Lambs, their identity has also been obvious from their very first bleat; the ‘90s girl-group vocals alone make it clear that these musical muttons-with-chops are Wilson Phillips. But in case anyone reading this needs more convincing, these are the clues: We know that these pop-starlets-in-sheep’s-clothing are childhood “besties,” plus we saw references to SoCal cities Beverly Hills and Venice — and Chynna Phillips, Carnie Wilson, and Wendy Wilson grew up together in California. We saw the word “FAMOUS” emblazoned across a pair of designer jeans — and these women have fame in their genes as the offspring of the Mamas and the Papas’ John and Michelle Phillips and the Beach Boys’ Brian Wilson. We saw a diamond ring — mostly like a reference to Bridesmaids, which featured an iconic Wilson Phillips cameo. And the Lambs bragged that they’ve worked with Paul McCartney — and Wilson Phillips contributed backup vocals to McCartney’s “FourFiveSeconds” in 2015. Other tipoffs have included a mention of Fleetwood Mac’s “Go Your Own Way,” which Wilson Phillips covered in 2004; “dreaming” (either a reference to the Mamas and the Papas’ biggest hit or to Wilson Phillips’s own single “The Dream Is Still Alive”); and “reality” (Wilson Phillips starred in their own reality TV series, Still Holding On, in 2012, and Carnie has appeared on multiple reality shows). It is absolutely not an impulsive guess when I say that the Lambs are Wilson Phillips.

So, can the Lambs hold on for just one more day and win the Golden Mask trophy? Or will the Harp be the most gleeful in the end? Come back Wednesday for the Season 8 finale and find out.