A VICIOUS brawl involving hundreds of young people broke out at a packed beach.

Two men in their 20s were arrested after the brutal fight in front of horrified onlookers at Ogmore-by-Sea in Glamorgan, Wales on Thursday evening. 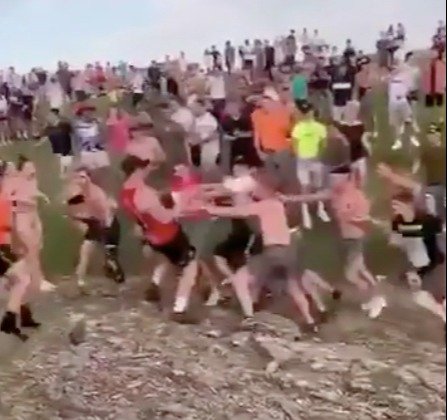 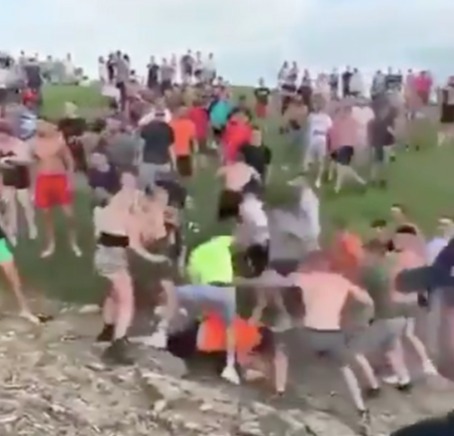 A terrified neighbour said the brawl had been "building for days".

"This evening there was probably a few hundred drinking from very early, around 8.20 the fight started but I couldn't say exactly why it started," they told the BBC.

Another neighbour said she saw "crowds on the beach partying and men urinating and defecating in the car parks and street", with glass bottles and "human excrement" left on the ground.

A third local said: "Disgusting videos and scenes at Ogmore-by-Sea yesterday. Plus apparently the new pathetic trend is to take these silver bomb type laughing gas."

South Wales Police told parents to "check where your children are" after videos of the brawl were shared on social media.

Politician Andrew RT Davies said there were "pretty ugly scenes" at the beach.

The fight was broken up by cops after 8pm – but they were forced to come back three hours later when some of the same group went back to the beach.

The Vale Council said it closed the car park at the beach due to "disorder".

One person was hurt in the scrap, and videos of the fight showing shirtless youngsters punching and kicking each other are being investigated by police.

South Wales Police said no victims had come forward as of late on Thursday night.

The fight happened on the hottest day of the year so far in Wales, with temperatures hitting 31.4C.

South Wales Police and Crime Commissioner Alun Michael said he was "disappointed" to see large crowds gathering during the coronavirus pandemic and slammed them for a "contagion of stupidity".

A similar brawl erupted at Orcombe Point in Devon yesterday as 200 sunbathers fought in front of horrified families.

Witnesses said the group were partying, swearing and using drugs.

A mum who saw the fight said: "It was absolutely shocking behaviour. I witnessed the fights between 5pm and 7.45pm, I am literally lost for words."

Meanwhile in Bournemouth, a "major incident" was declared as thousands of Brits squeezed onto the sand to make the most of the 33.4C temperature.

Roads leading to the coast were gridlocked, cars were dumped at the roadside and tons of litter was left strewn across the popular resort.

Bournemouth, Christchurch and Poole council said it had no choice but to declare a major incident and condemned the "irresponsible" behaviour of crowds, some of whom got involved in fights. 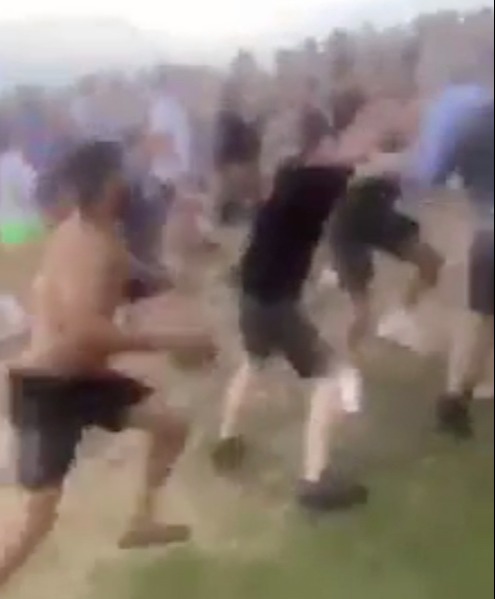 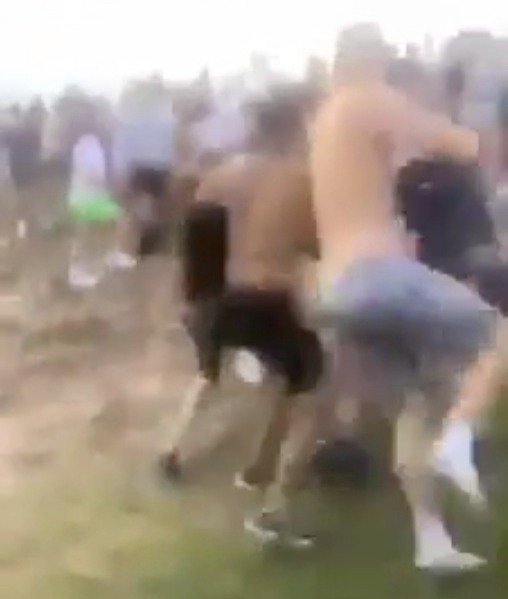 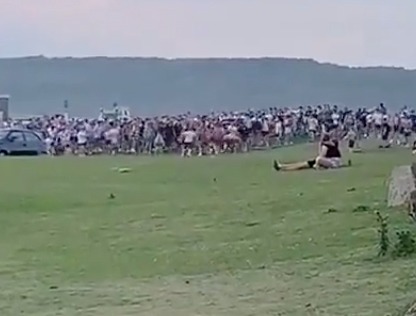 beach, brawl, Mass, panic, sparks
You may also like: