Around 50 inmates have escaped from a prison in South Africa and reportedly hijacked nearby cars.

The prisoners, who reportedly broke out of Malmesbury Prison in Western Cape, South Africa, were filmed running around near a Toyota dealership.

An alert was issued to warn people about the escaped inmates but an emergency has not yet been declared by officials, according to local media reports. 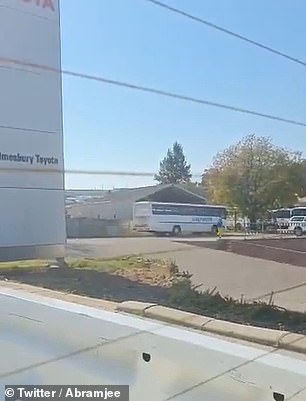 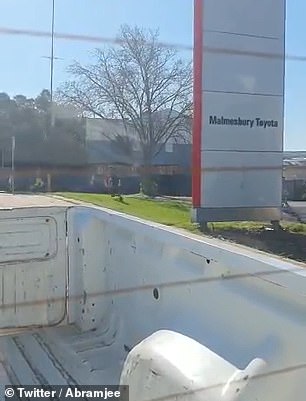 Others are believed to have entered a nearby school, with terrified children filmed hiding under their desks.

One piece of footage shows the inmates at the Malmesbury Toyota dealership situated close to the prison.

According to one local resident, some of the inmates even hijacked a vehicle.

Local resident Yusuf Abramjee who witnessed the scene wrote on Twitter: ‘Prisoners escape Malmesbury. Some even hijacked a vehicle.’

He then claimed that some of the inmates had been ‘recaptured’.

Other footage shows a careening white truck driving along the road, which according to claims on social media has been hijacked by the escapees.

One Twitter user posted an image of the truck, warning locals to avoid the vehicle.

‘This vehicle hijacked by some of escaped [sic] prisoners in Malmesbury, Western Cape. Please be on the lookoit for th evehicle. Prisoners are dangerous… Alert police if you see them,’ it reads. 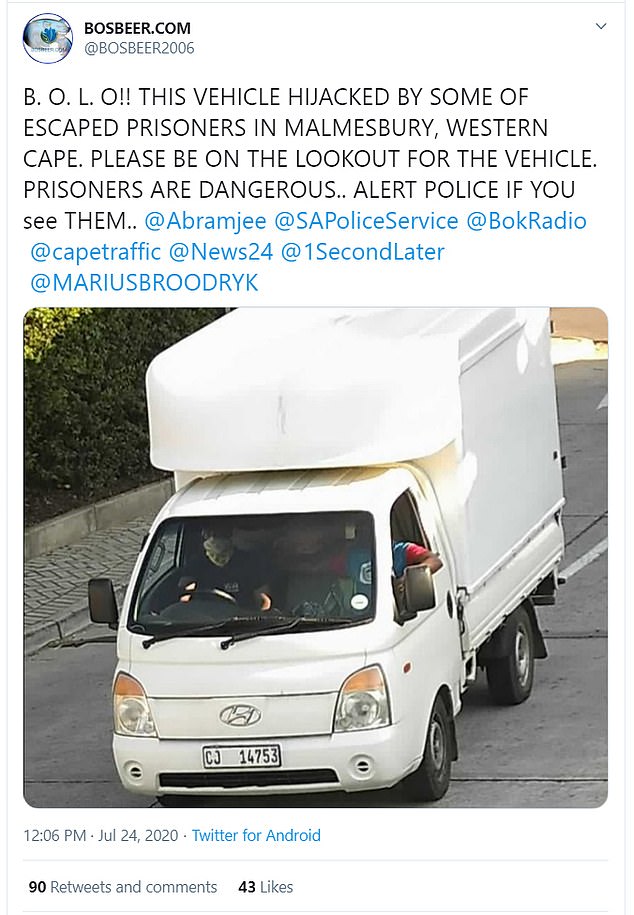 One Twitter user posted an image of a white truck, warning locals to avoid the vehicle and claiming it had been hijacked by the inmates

Another person wrote: ‘A number of prisoners have escaped from Old prison opposite Malmesbury police station, some hijacked a small Kia Bakkie and some at Swartland High Schools hostage situation.’

South African police have launched a manhunt operation to track down the prisoners.

It is not clear how many inmates have already been retaken into custody, with some reports suggesting 14 have been arrested.

One video taken from the seen appears to show inmates lying on the ground face-down as they are surrounded by police, before being escorted to the back of a vehicle as police sirens ring out around them.

break, huge, jail, Mass, po, sparks
You may also like: