Police have been forced to set up a ‘dispersal zone’ in the centre of Uxbridge, west London, because of the chaos at around 5.30pm last night.

It means that anyone who refuses to leave the area – or who returns after being moved on – can be arrested.

The tactic is being used across the capital to stem the tide of youth violence in some areas.

Shocking footage of the fight emerged online this morning with punches and kicks thrown to a soundtrack of screams. 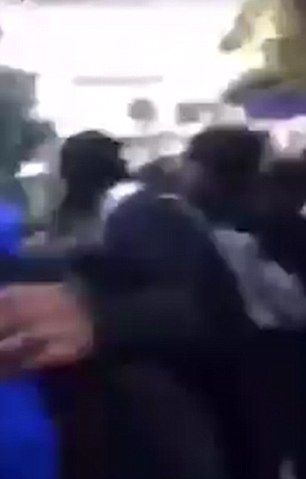 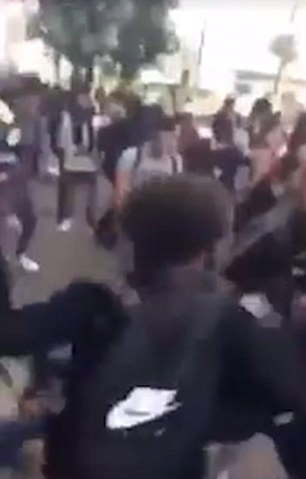 Several young women appeared to be at the centre of the fight, trading blows before being pulled apart.

A bystander who tried to stop the fighting was then attacked himself before being dragged to safety.

One witness said: ‘They ended up in Clarks because they were trying to smash the doors down to get in there. 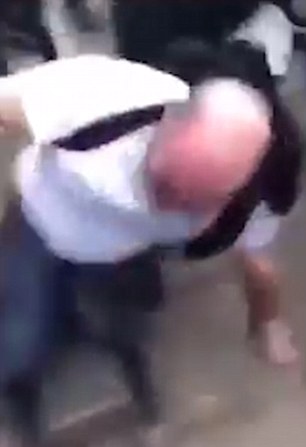 ‘Then I saw a man stand up and get dragged back down where they repeatedly stamped on him.

‘He got up and looked like he was about to pass out. Security got him into the shop next to Clark’s.

‘One of them saw I was on the phone to the police and according to my partner said about robbing my phone.

‘Once the fighting had stopped they all started to separate to different parts of Uxbridge.’

Another witness told Get West London: ‘I was standing outside Primark having a cigarette, and I looked over to where Clarks and that is near the phone box and there was just a swarm of them standing in a crowd.

‘The crowd started shouting and moved towards Clarks doors where one girl who looked like she’d been in a fight was pulled out by security, then the fight broke out again’.

Police have said there have not been any arrests.

Hillingdon Police tweeted: ‘We were called to a large group of youths fighting in the high street, as we’ve arrived there were approximately 70 youths causing issues and fighting amongst themselves.’ 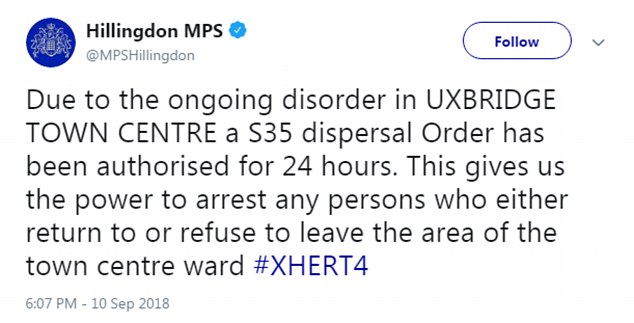 A Met spokesman added: ‘Police were called to Uxbridge town centre shortly before 17.30hrs on Monday, September 10, following reports of a large group of youths fighting.

‘Officers attended and dispersed the group. There were no arrests, and no reported injuries.’