Cue ridicule! Theresa May challenged to a game of pool by Italian Prime Minister… and her aides can’t stop her getting snookered

This footage shows the moment Theresa May is challenged to a game of pool by the Italian Prime Minister – and she isn’t exactly a natural.

Mrs May is handed a cue by Italian PM Giuseppe Conte, and says: ‘I’ll have a lot of support but I’ll be hopeless. You’ll have to show me how.’

After taking his shot he invites Mrs May to ‘try please’ and her skills with the pool cue leave quite a lot to be desired. 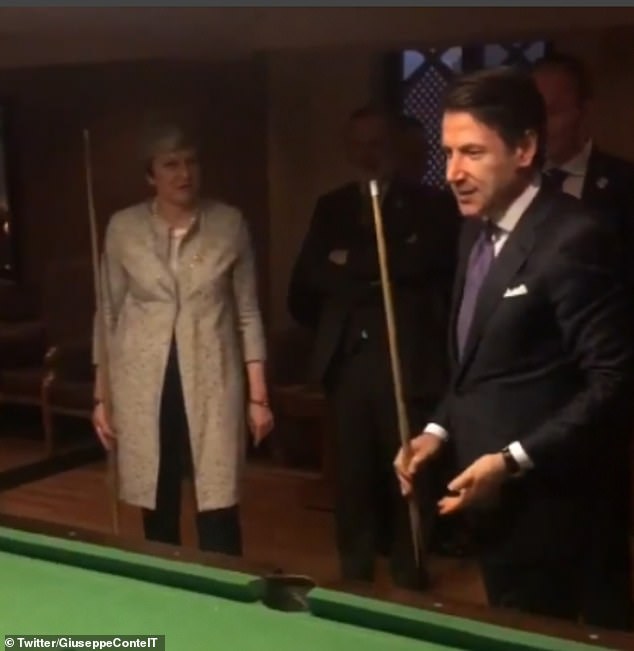 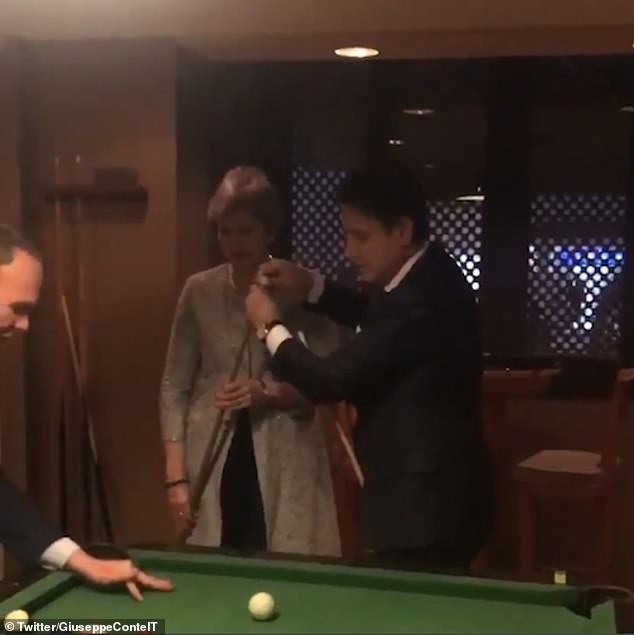 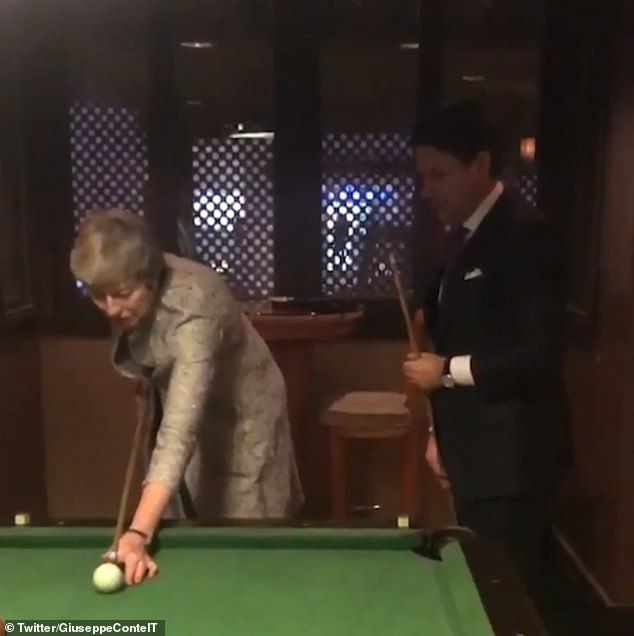 Gavin Barwell, her chief of staff, tries his best to explain how play while Mr Conte chalks up Mrs May’s cue.

The PM awkwardly grips the cue while trying balance it on her hand as she tries to follow the advice of Mr Barwell.

Mrs May then hits the cue ball and the video ends shortly after that.

It’s not clear if Mrs May managed to pot any balls or win the game against Mr Conte, who posted the one minute video on his Twitter account.

The PM is currently attending an EU-League of Arab States summit.

It comes after she delayed the next ‘meaningful vote’ on Brexit by two weeks and said that it will be held by March 12.

Retweeting the video, Chief Secretary to the Treasury Liz Truss, joked: ‘Pleased to see nothing’s been taken off the table.’

It’s not the first time the PM has been left red-faced after previously awkward ‘Maybot’ dancing with schoolchildren during a visit to South Africa in August lat year.

Responding to the slew of ridicule Mrs May admitted: ‘I suspect my dancing this morning might not make it on to Strictly.’

The Prime Minister was visiting the I.D. Mkize Secondary School, which takes part in a British Council funded teacher exchange, to promote ties between Britain and South Africa.