‘I’m never going to move on, especially at this moment in my life’: Meghan McCain says she will ‘never forgive’ Trump for his personal attacks on her father as he battles terminal brain cancer

Meghan McCain has said she will never forgive President Donald Trump for his attacks on her father, Republican Senator John McCain.

The co-host of The View made delivered her harsh opinion on Trump on Friday at the Lyndon B. Johnson presidential library in Austin, Texas, where she accepted an award on behalf of the Senator, The Hill reported.

‘[Trump’s] comments are never going to be OK with me, especially at this moment in my life,’ said Meghan McCain, whose father is battling terminal brain cancer. 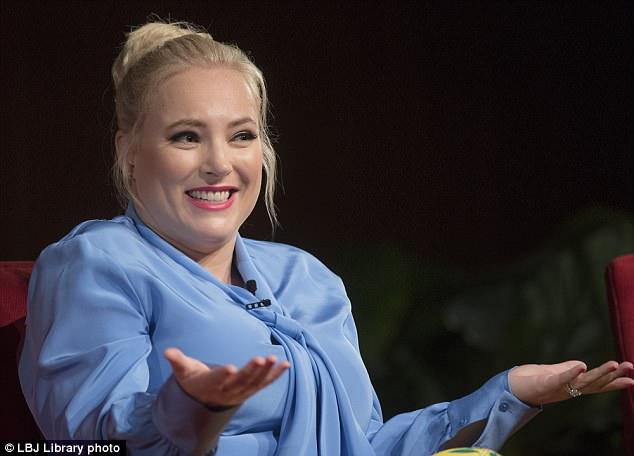 Meghan McCain was speaking  at the Lyndon B. Johnson presidential library in Austin, Texas 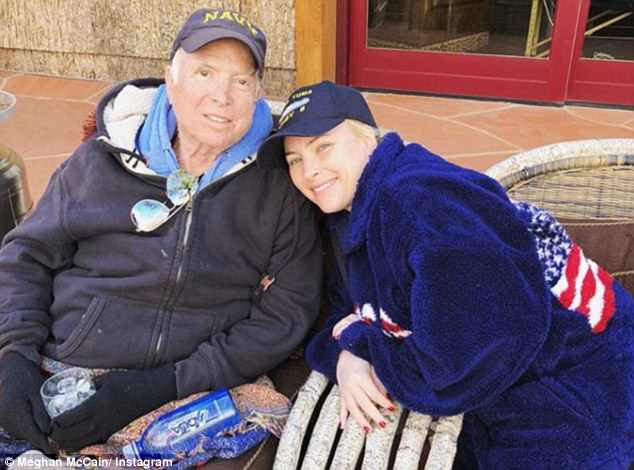 Trump’s latest slap at John McCain came last week while he was addressing the Nevada Republican Party in Las Vegas, when he slammed the Senator’s ‘no’ vote against Obamacare repeal.

Without referring to John McCain by name, Trump said: ‘Nobody talked to him. Nobody needed to, and then he walked in: thumbs-down.’

Sadler has since left her post at the White House, but McCain said on Friday that she no longer takes any phone calls from Trump staffers after the incident. 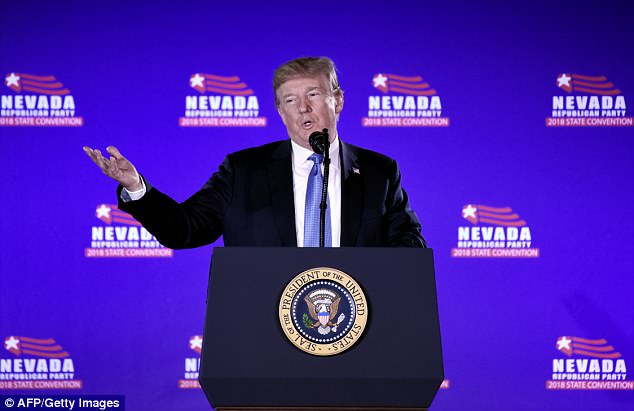 Meghan McCain has previously said that Sadler did not follow through on a promise to publicly apologize.

‘When I had a conversation with Kelly, I asked her to publicly apologize and she said she would,’ McCain said last month. ‘I have not spoken to her since and I assume that it will never come.’

‘I don’t understand what kind of environment you’re working in when that would be acceptable and then you could come to work the next day and still have a job,’ she added. ‘And that’s all I have to say about it.’

Perhaps Trump’s most memorable insult against McCain came on the campaign trail, when he said of the Vietnam POW: ‘I like people who weren’t captured.’