Melbourne Airport could block housing as far as Sunshine

Melbourne Airport could be given powers to block housing in the city’s growing northern and western suburbs to limit the number of people impacted by aircraft noise from its new runway.

The third runway, which was announced in 2018 and is now expected to run north-south, will result in thousands of homes having more planes taking off or coming in to land above them. 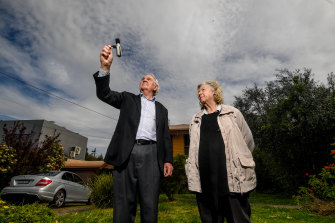 John and Susan Jennison look at a noise level monitor at their Keilor home.Credit:Justin McManus

A planning committee has been reviewing how to deal with the impact of the runway on surrounding suburbs, and is considering whether Australia Pacific Airports Melbourne should have control over density and development to safeguard its curfew-free status from complaints.

Keilor residents John and Susan Jennison don’t want the company making decisions about their communities and said the noise was already “horrendous”.

“How bad is it? The earthquake the other day [September 22] shook the pictures on our walls at home. When an A380 thunders on its long haul … the lights all shake at our house. That’s the effect that it has,” Mr Jennison said.

The airport’s long-term plan is to add a fourth runway, doubling Tullamarine’s capacity from close to 40 million passengers a year before the pandemic.

The planning committee – which will refer its recommendations to Planning Minister Richard Wynne by the end of this year – has proposed expanding the number of properties expected to be impacted by noise.

As a result, under current proposals, large tracts of land would be blocked from being subdivided or rezoned for homes, schools and hospitals. Even outside the suburbs most affected by noise, developers might need to prove that the benefit of any project they propose would outweigh its impact on the airport.

The extended boundaries would cover activity centres in Sunshine and Broadmeadows earmarked for intense development as well as 4000 hectares of land that has potential to be developed into an additional 66,000 homes.

The committee argued those plans “should not be used as a reason to subject more people to aircraft noise than is necessary”, which damages amenity and potentially health. 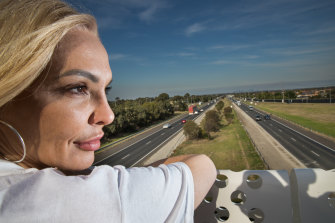 Brimbank mayor Ranka Rasic said that while Keilor and Keilor Park endured aircraft noise, the impact in Sunshine did “not warrant overly restrictive land use and development controls in these areas”.

“They think that more people living in an area means more [noise] complaints, and more complaints at some point may mean they will not be able to ensure curfew-free operations of the airport,” Cr Haweil said.

“But I’m not going to allow a private, shareholder-owned corporation to call the shots and determine whether the standard of living of one of the poorest communities in Australia can be improved or not, to protect their curfew-free operations and, in the end, profitability.” 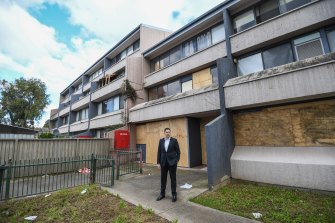 The airport has previously opposed plans to extend a childcare centre in Attwood, arguing it was below the path of noisy planes taking off 2.5 kilometres away. The Victorian Civil and Administrative Tribunal in 2016 allowed the childcare expansion to go ahead even though the facilities were restricted near the airport.

Keilor’s Hannah Robertson, a member of the Melbourne Airport Community Action Group, said she did not want more people’s wellbeing put at risk by living beneath the flight paths.

But nor did she want the community to be starved of services and amenity, such as child and aged care, while enduring the “relentless bombardment of noise”.

Local GP Michael Howson, who lives on a farm on the Maribyrnong River not far from the airport, said he worried about the impact noise had on children, their health and education.

He said there were too few checks and balances managing the airport’s expansion.

A spokesman for Melbourne Airport was surprised some councils opposed an outcome that ensured “better amenity and quality of life for their future residents, while also protecting one of the major generators of local employment”.

“Unfortunately existing planning controls have failed to protect the airport from encroaching development, leading to more people being affected by the airport’s operation,” the spokesman said in a statement.

“Given the potential long-term consequences of inappropriate development, it is important the airport operator be given formal status as part of the planning process, rather than an afterthought.”

The committee’s suggestion the airport could have the final say over developments in neighbouring suburbs, effectively cutting out councils, was broadly rejected.

The airport has made clear it would like a say on how communities deal with noise, but not the final say. However, the airport would like the final word on planning rules to manage the impact of wind and lighting, bird strikes and public safety issues.

A spokeswoman for the Victorian government said the review would provide certainty for the airport and ensure it continues to operate without a curfew by protecting communities from its impact.