Michael Cohen could soon be back to chowing down in a prison cafeteria.

The recently sprung jailbird was caught by The Post dining out on Manhattan’s Upper East Side — and the meal may cost him his freedom, legal experts said Friday.

Exclusive photos show President Trump’s former personal lawyer seated at a sidewalk table outside Le Bilboquet, a French restaurant around the corner from his Park Avenue apartment, on Thursday night.

Cohen, his wife, Laura, and another couple spent about an hour chatting before they became the last patrons to leave around 11:30 p.m.

At the time, staffers were preparing to close the eatery, where the “signature” dish of Cajun chicken costs $36 and a “New York Prime” steak is $55.

The Cohens both put on face masks before exchanging hugs with the other couple and walking off.

But the federal Bureau of Prisons released him due to the coronavirus crisis on May 20 — even though a judge had refused to reduce his sentence for the same reason two months earlier. 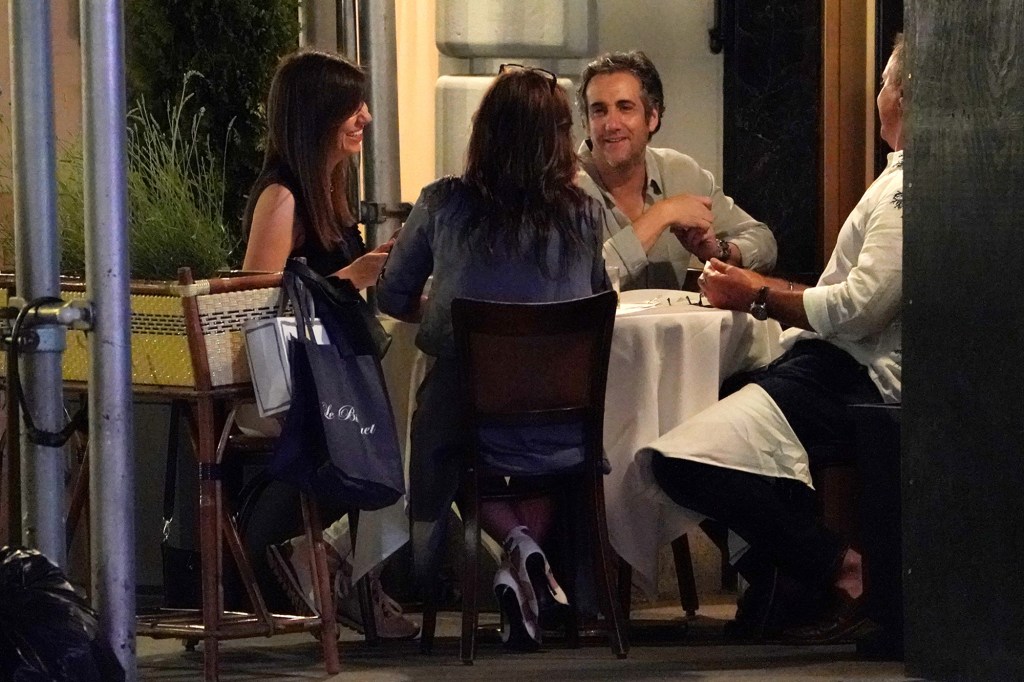 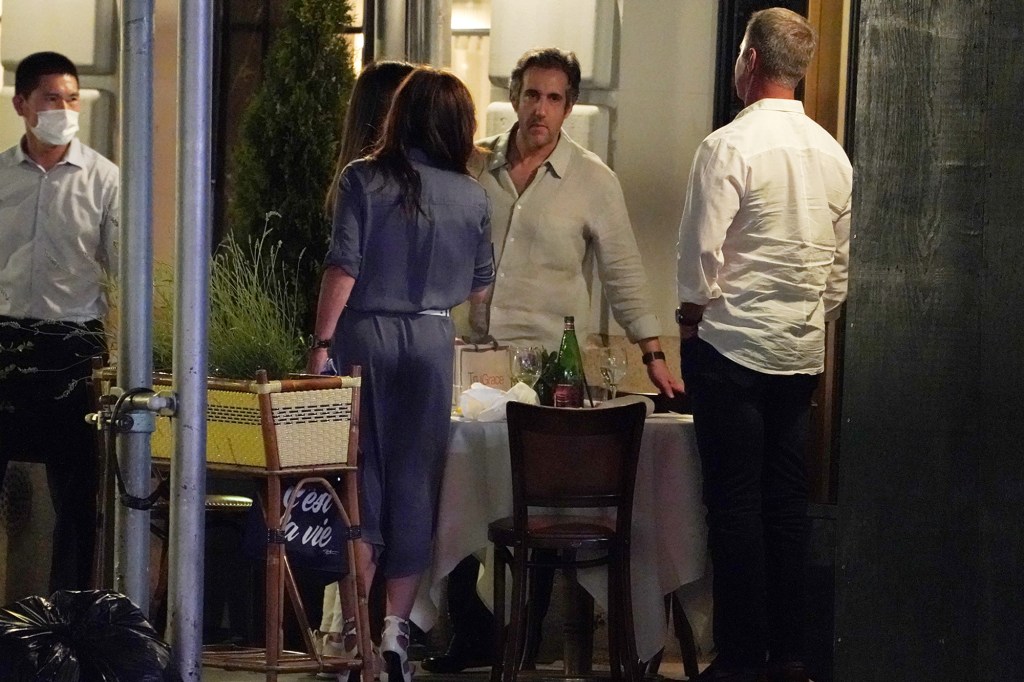 at, caught, Cohen, Michael, NYC, re
You may also like: