The mayor of Middlesbrough has denied claims he watched pornography on his work computer amid allegations a council chief executive ‘saw an image of a naked woman’ on his screen.

Andy Preston today refused to resign as he insisted that allegations he viewed an ‘inappropriate image’ are part of a ‘dirty tricks’ campaign to bring him down.

Middlesbrough Council is investigating claims a senior member of staff saw an image of a ‘naked woman’ when they visited Mr Preston’s office.

It is claimed the image was on his computer screen and could be seen from the door of the empty room.

Staff at the town hall were required to take the image down, the complaint alleges.

The Independent mayor, 54, has furiously denied viewing any ‘inappropriate image’, claiming it was the council’s Chief Executive Tony Parkinson who alleges he saw a ‘GIF-like image of a naked woman’. 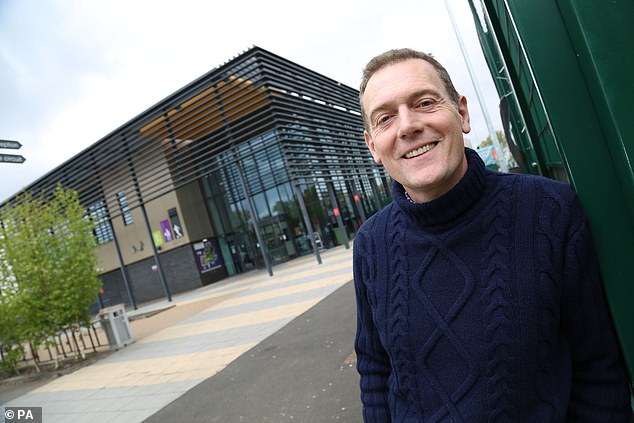 Mr Preston, who made headlines in October for urging locals not to follow the Government’s ‘unjust, cruel and illogical’ local lockdown – before later reversing his stance, says Mr Parkinson spoke to him about it at the time of the initial claim.

In a lengthy Facebook post, he alleged the complaint is an orchestrated political plot by his rivals in the town’s Labour party, who he calls ‘a gang’ and directly accused MP Andy McDonald of trying to smear his name.

He said: ‘Sinister things are happening to try and force me to resign.

‘That won’t happen because I’m 100 per cent committed to shaking up the way this town works. This latest plot to try to discredit me is the lowest so far.’

Mr Preston added his ‘conscience is clear and I have absolutely nothing to hide,’ following an official complaint by Mr McDonald.

He said: ‘I’ve decided to go public with my side of this truly bizarre story after the press published details of allegations made about me by Middlesbrough’s Labour MP Andy McDonald. 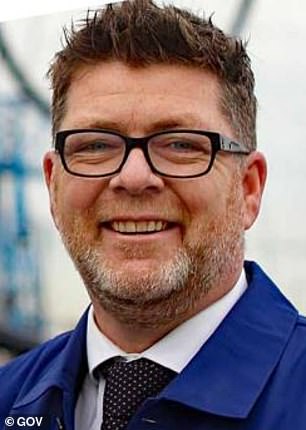 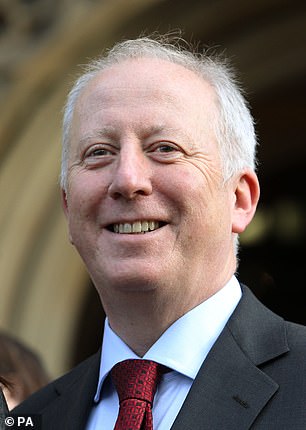 ‘It will give people an inkling of the dirty tricks and twisted underhand tactics that seems to be the accepted norm of politics in Middlesbrough.

‘First and foremost, I have never and will never be so stupid as to view inappropriate material in a work environment.

‘Recently I was alerted to an alleged event that supposedly took place ‘about a year ago’. I was never made aware of the alleged event and I wasn’t even there when it happened.

‘What appeared to kick off this episode was an anonymous letter that was sent recently to the deputy mayor warning him of a political plot against me and referring to a rumour of inappropriate material on my computer screen.

‘I alerted the council’s Chief Executive to this letter and asked him if he knew what this might refer to.

‘Initially he said no, but then said it may relate to an incident that happened ‘about a year ago’ while I was out of the office at a meeting miles away.’

Mr Parkinson allegedly then recounted the incident to Mr Preston, describing how his office door was wide open and a ‘GIF-life’ image of a naked woman could be seen on the screen.

‘He said it was the kind of thing that could be seen in newspapers,’ he added. ‘He told me he asked a member of staff to remove the image before I came back to the office. 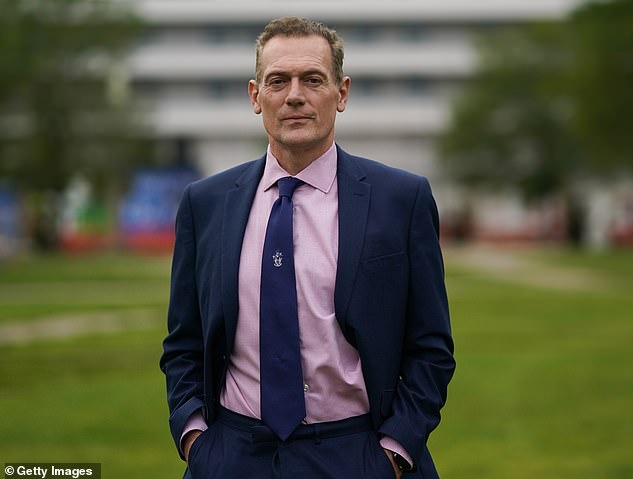 Andy Preston (pictured) made headlines in October for urging locals not to follow the Government’s ‘unjust, cruel and illogical’ local lockdown

‘Not only did I never see any such image, this alleged incident from about a year ago was never mentioned to me by anyone and was never reported or recorded as being any kind of issue – until just four weeks ago.’

Mr Preston said the council’s most senior lawyer then ‘thoroughly considered the alleged incident’ before deciding no further action was needed.

He claims this information was then leaked to Mr McDonald.

The mayor then claimed Mr McDonald put in a formal complaint about the alleged incident and ‘alerted the press of his own complaint against me.’

Married Mr Preston, a former hedge fund manager, said the accusation has been ‘painful and difficult’ for him and his family.

He said: ‘It is a painful and difficult experience for me and my family to have such allegations and slurs directed towards me when I can’t even defend myself because I wasn’t there and didn’t see any such image.

‘I have no idea how the alleged image ever appeared but I know that I have done absolutely nothing wrong.

‘I also know that I’m absolutely committed to turning the town around after decades of decline under Andy McDonald and his political gang.

‘This is just the latest in a long line of bizarre and dirty tricks by my opponents who have hated seeing a political outsider come in and embarrass them for their years of failed politics.

‘I now know they will stop at nothing in their attempts to try to grab back the power they lost when I was elected.’

Mr McDonald, Labour MP for Middlesbrough, said last night: ‘These are very serious allegations and a proper investigation should be carried out.

‘If misconduct is confirmed then I believe the mayor should resign.’

Conservative MP for Middlesbrough South and East Cleveland Simon Clarke added: ‘Clearly these are serious allegations and it is important that the full facts are established.

‘A thorough investigation will be required to ensure that public confidence in our council can be maintained. It would be inappropriate for me to comment further at this time.’

A spokesman for Middlesbrough Council added: ‘We can confirm that an investigation will be carried out following a standards complaint about the conduct of the Mayor of Middlesbrough, Andy Preston.

‘The independent investigation will take place in accordance with the Council’s standards procedures.

‘It would be inappropriate to make any further comment at this stage.’

Mr Preston launched an astonishing mutiny in October after Health Secretary Matt Hancock told MPs that Middlesbrough, along with Liverpool, Hartlepool and Warrington would face the same curbs as the North East.

In a video message Mr Preston said they went further than he and other local politicians had lobbied for, and in what is believed to be a first for a local politician, rejected the measures outlined in the Commons.

Mr Preston was elected mayor in 2019, having first stood and narrowly lost in 2015.

The businessman was previously a high-profile philanthropist in Teesside before going into politics.