Two people were guided to safety by fire fighters as a flat on the 12th floor was consumed by fire. 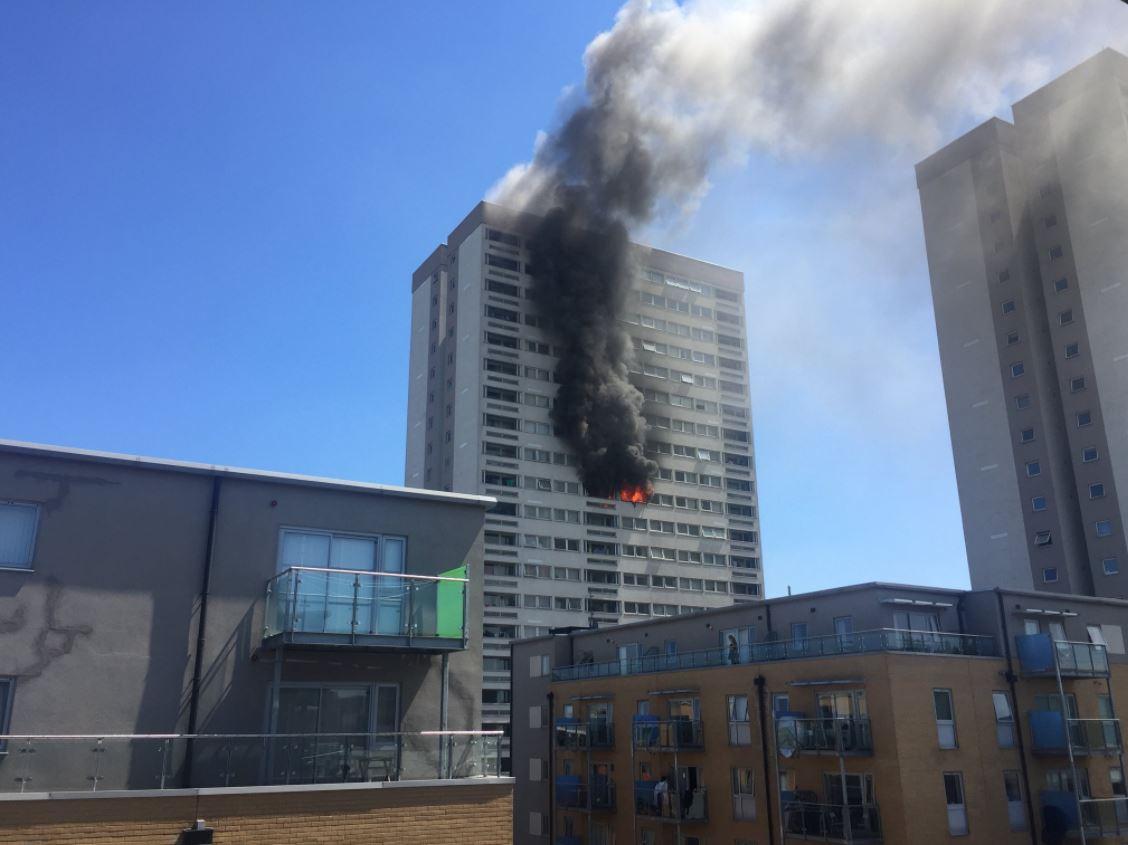 Shocking videos showed smoke billowing from one side of the 21-storey building in Mile End.

Fire crews received more than 90 calls from terrified witnesses, with the smoke seen across the London skyline.

The capital has been on high alert over fires as the inquiry into the Grenfell tragedy, that claimed more than 70 lives, continues today.

Dozens of fire fighters were sent to Mile End today to battle the blaze, using cherry pickers to reach the blaze on the 12th floor. 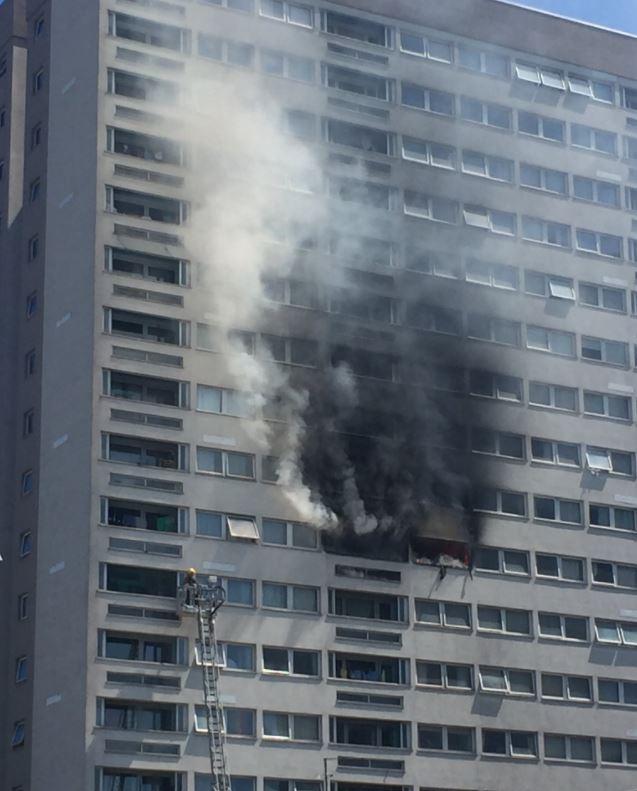 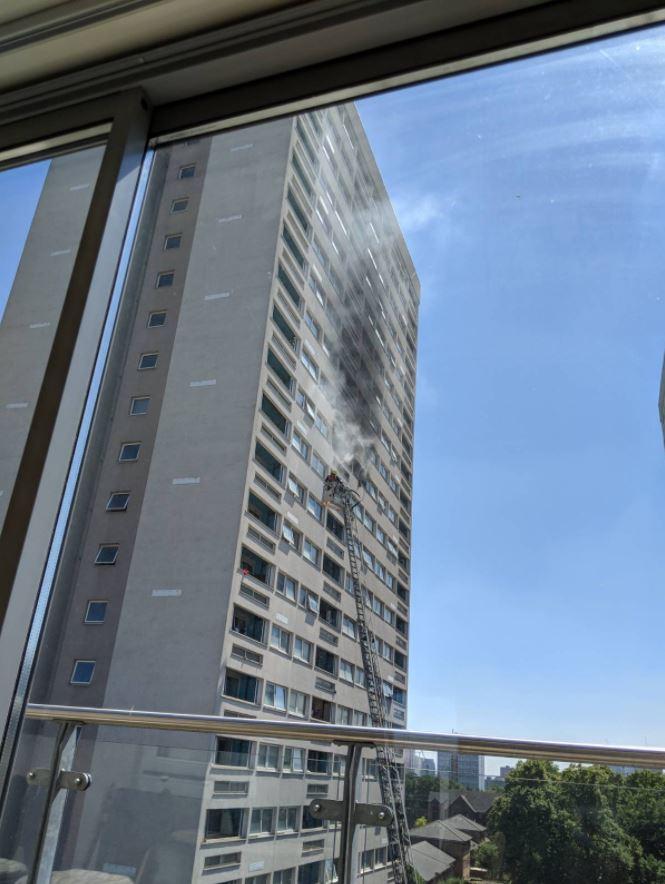 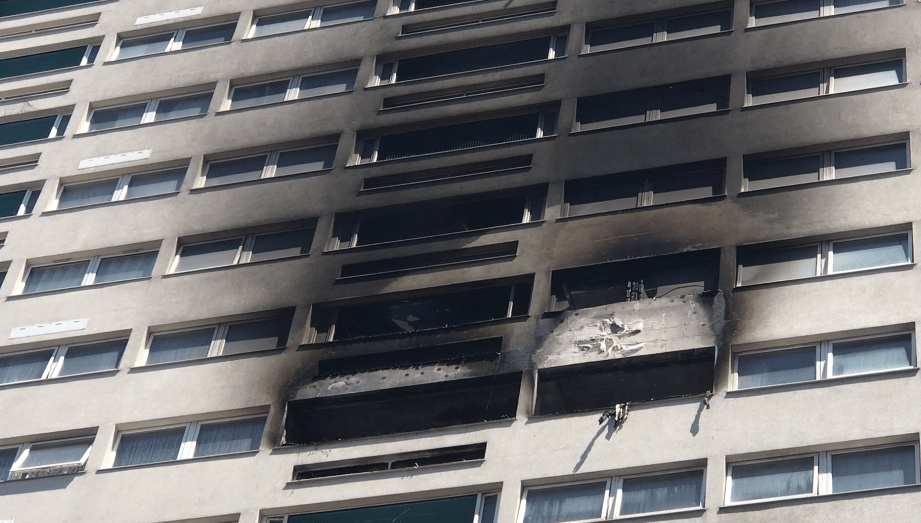 London Fire Brigade confirmed: "Most of a three-roomed flat on the 12th floor was damaged by the fire and part of the balcony of the 13th floor was also damaged.

"Around 44 people left the building before the Brigade arrived and a further two people were led to safety by firefighters." 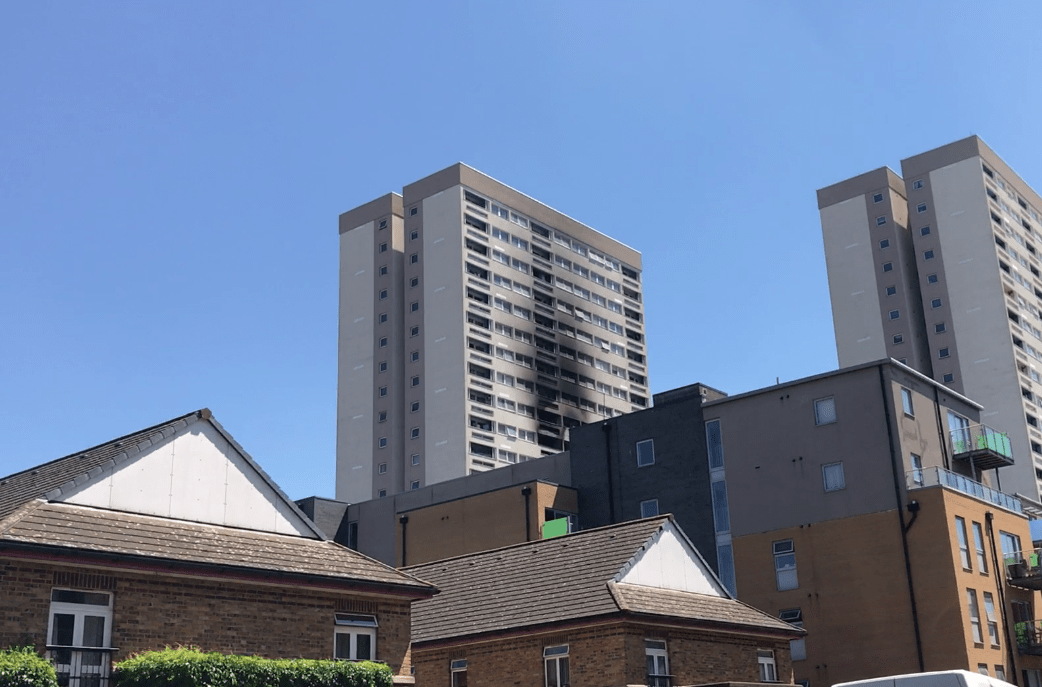 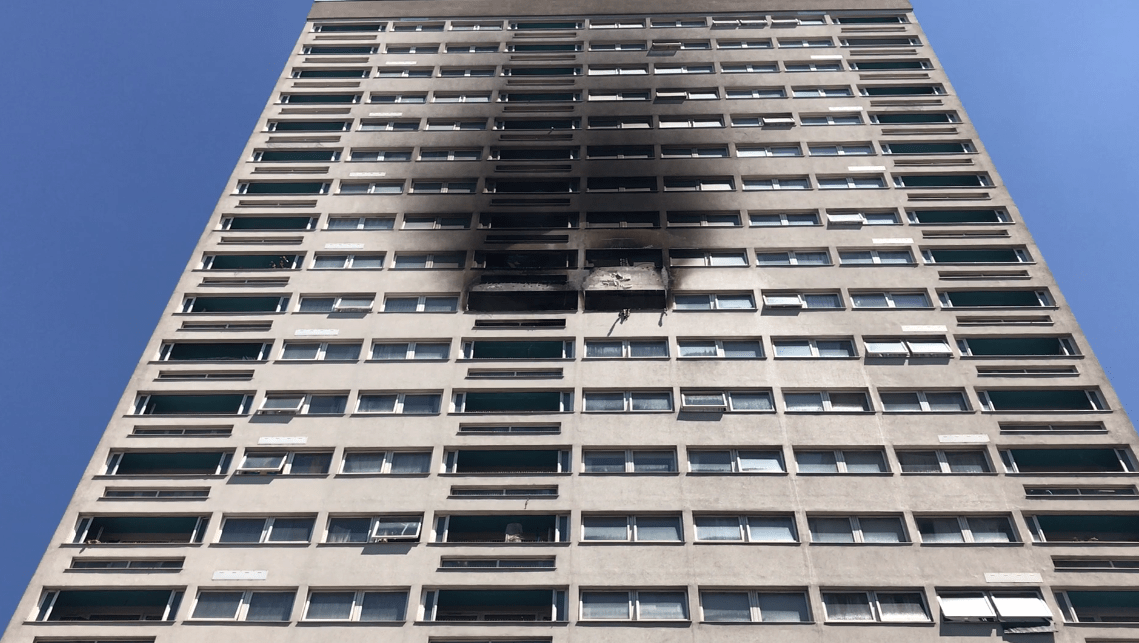 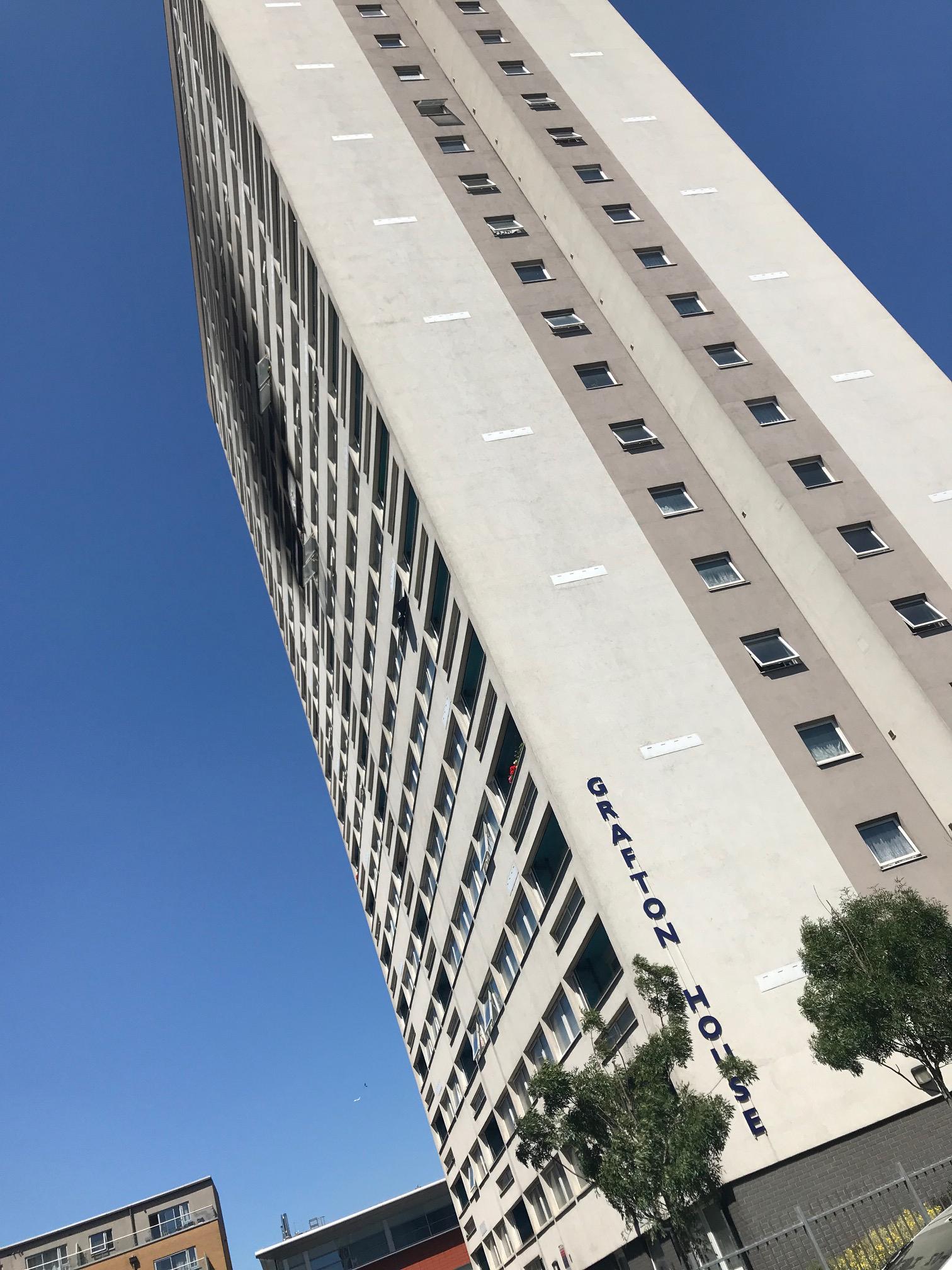 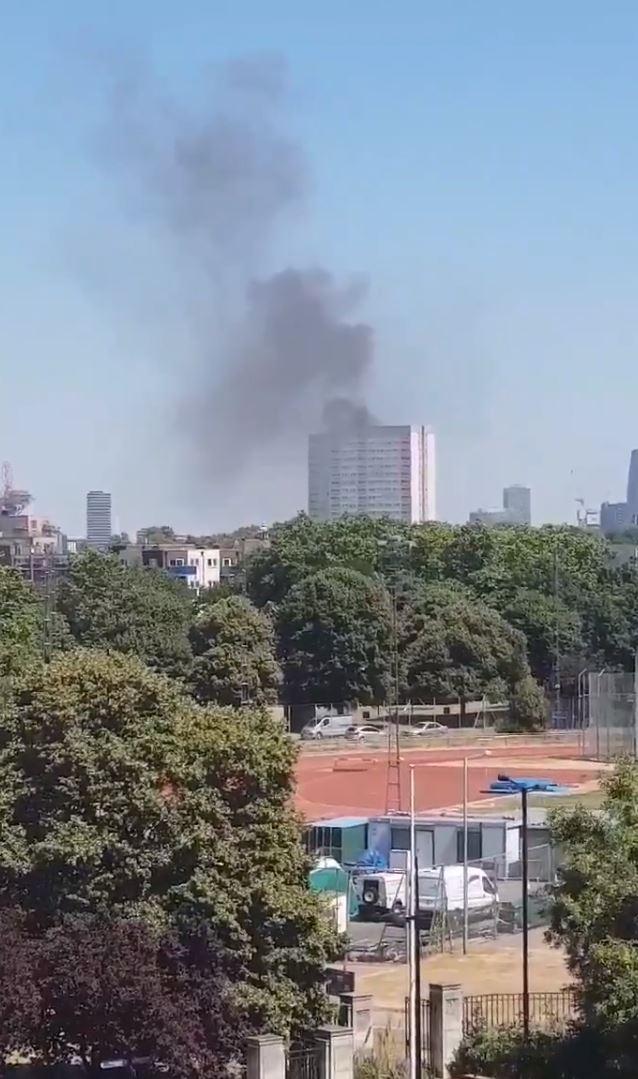 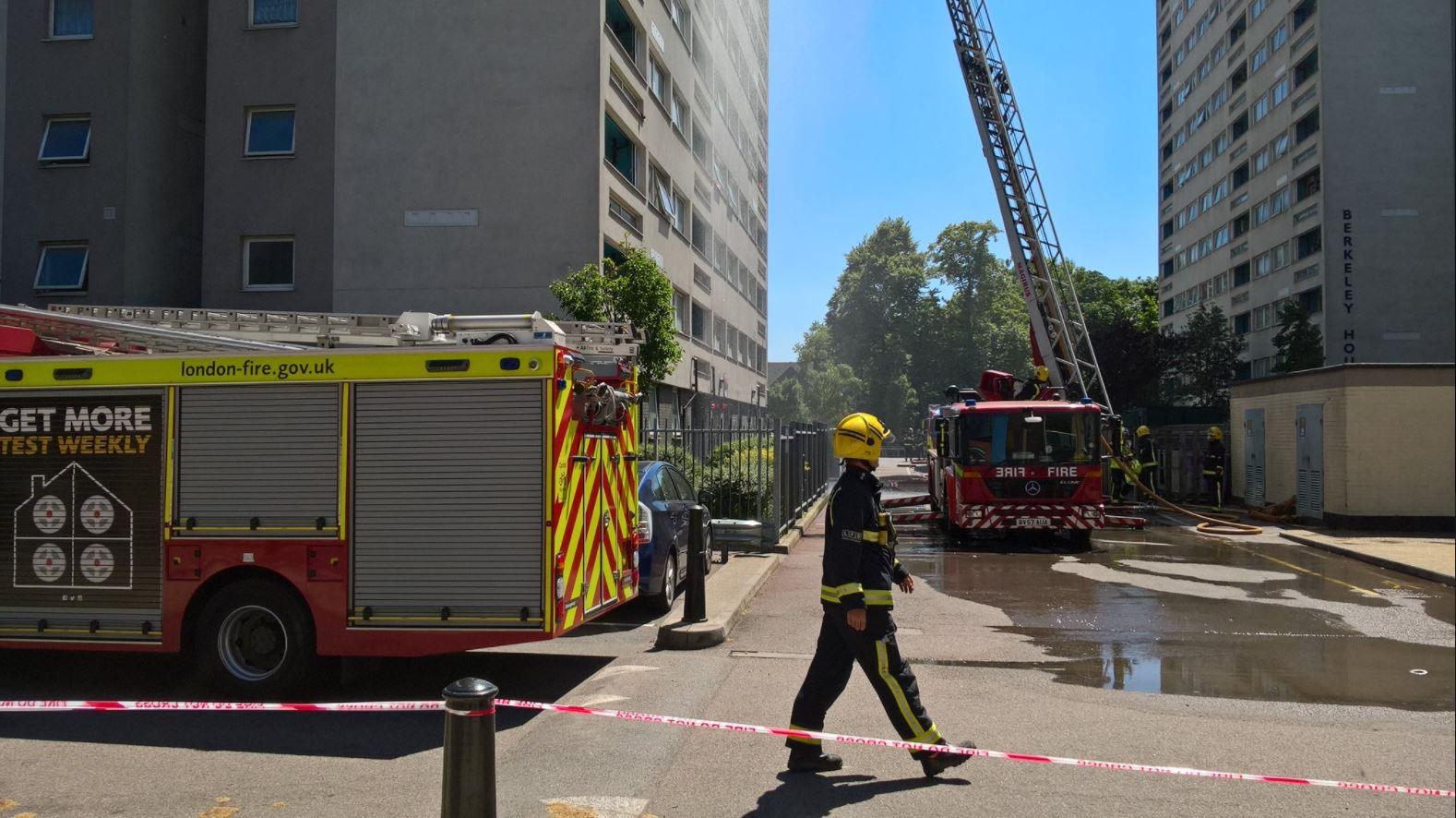 Witnesses shared footage from the scene, with one writing: "There is a Tower Block in Mile End, London on fire.

"Fire fighters are attending to it. Pray that everyone is getting out safe."

Another wrote: "Mile End, not sure if it’s the block but it doesn’t look too good, hope everyone is safe…"

The blaze could be seen across London's skyline as smoke billowed from the building.

The cause of the fire is not known as this stage.