Multi-millionaire construction company boss was crushed to death when his ride-on lawn mower toppled into a ditch on his £1million country estate, inquest hears

A multi-millionaire construction company boss was crushed to death after his ride-on lawn mower toppled on his country estate, an inquest has heard.

Dermot Clancy, 67, owner of London-based company Clancy Group, had been cutting the grass on his red Kubota tractor mower when it ran into a ditch.

The father-of-five was found by his neighbour on his land in Penn, Buckinghamshire, after his wife Victoria became worried that Mr Clancy hadn’t been seen in hours. 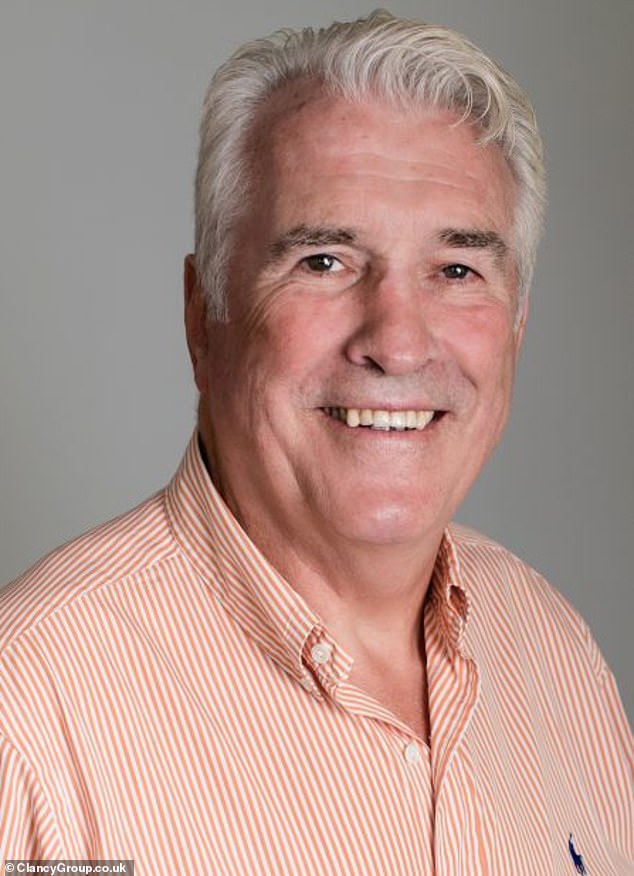 Dermot Clancy, 67, (pictured) died after his red Kubota tractor mower ran into a ditch and toppled over at his £1million home in Penn, Buckinghamshire, on September 10

Neighbour Giles Robinson, who had lived next door to the £1m Grade II listed home for 20 years, explained how he spotted Mr Clancy in the field.

He said: ‘Vicky came and knocked on my door saying she was worried about Dermot as he had left his wallet, keys and phone in the house and she said the tractor was not back where it should have been.

‘We walked down the field together. On the field there is a hollow and I saw the red tractor. I wasn’t sure it was him [Mr Clancy] but as it was on his property, I assumed it was Dermot.’

Paramedics found Mr Clancy – joint chairman of the Clancy Group which is one of the largest privately owned construction companies in the UK – trapped head first under the machine.

Evidence from staff at the South Central Ambulance Service revealed they received a call at 7.27pm on September 10 and they were met at the gate of the property by the patient’s friend.

‘On examination, he obviously had crush injuries as he was trapped underneath the tractor head-first. His injuries were incompatible with life,’ the statement said. 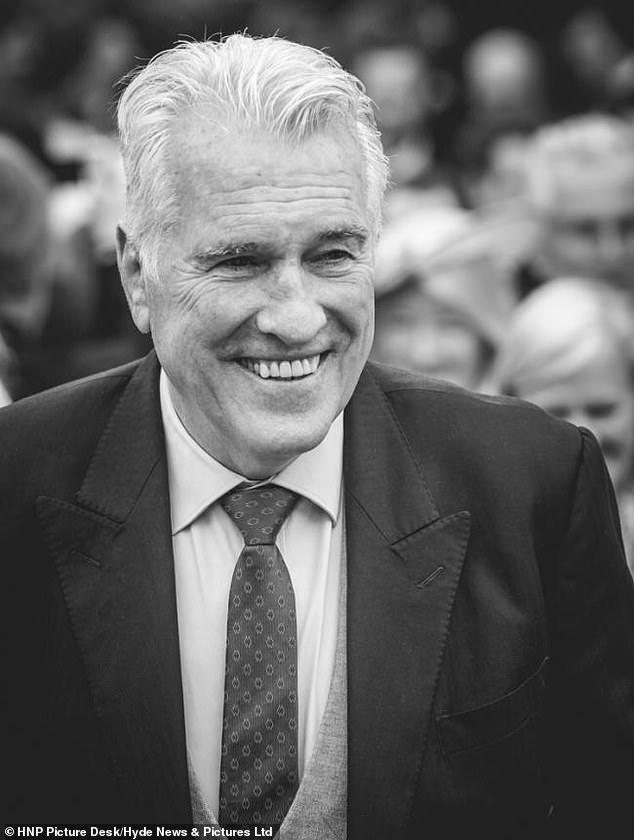 At an inquest on Thursday coroner Crispin Butler concluded with a verdict of misadventure, adding that Mr Clancy’s (pictured) death happened after ‘a completely ordinary activity sadly went tragically wrong’

A post-mortem examination showed that the businessman died from traumatic asphyxiation – a powerful force surrendering the individual unable to inhale.

Detective Constable Lucy Berry, of Thames Valley Police, told the inquest in Beaconsfield, Bucks., that the field was a private part of quite a large garden. She said the estate had extensive grounds which needed regular mowing.

Det. Con. Berry explained that Dermot Clancy regularly used the tractor mower on his property, it was not something new that was not familiar to him.

She said: ‘It was made aware to us by his family that he loved mowing. It was an ordinary day for the family, they were completely shocked by the incident.’

Born in Paddington, Mr Clancy was educated at Challoner School in Finchley and went on to undertake business studies in which he qualified in 1972.

He met his wife Vicky at the age of 18 years and they went on to marry in 1974. Mr Clancy has five children – Danny, Ronan, Kieran, Joanna and Jack.

The devastated family paid tribute to Mr Clancy, saying his ‘huge personality, smile, cheeky disposition and big heartedness would be a loss to the hundreds of lives he touched.’

The inquest also heard from forensic vehicle examiner Anthony Hurdle who confirmed the tractor had 158 hours of usage and that there were no significant defects on the machine to cause it to tip over.

Experts from Kubota Ground Care Services performed analysis on the tractor and confirmed the damage was ‘consistent with a roll over.’

Buckinghamshire coroner Crispin Butler said: ‘The tractor was in a workable condition with no evidence that there was a defect which caused or contributed to the tragic incident.

‘He knew the lay of the land and he had done plenty of mowing before.’

In his conclusion, Mr Butler said: ‘Dermot Clancy had been missing for sometime and so had the mower. The damage seems to reveal a tipping over.

‘Dermot has ended up underneath a heavy machine. It was clear he had passed away before he was found and there were no life-saving opportunity.

‘It strikes me as a very tragic incident when he was undertaking something he liked to do on his land, using his equipment. He had been unaccounted for between 2pm and 6.30pm in the evening. He died as a result of traumatic asphyxia.’

crushed, death, millionaire, to, W
You may also like: