Scorching temperatures are set to continue this weekend as millions of Brits head out to enjoy the sun at the country’s parks and beaches.

The first hosepipe ban of the year has hit the UK, with water companies asked customers in Northern Ireland not to use hosepipes or water sprinklers as the heatwave continues.

Clouds in Belfast this morning will soon swept away by sunshine with temperatures this morning at 63F (17C) and set to climb. 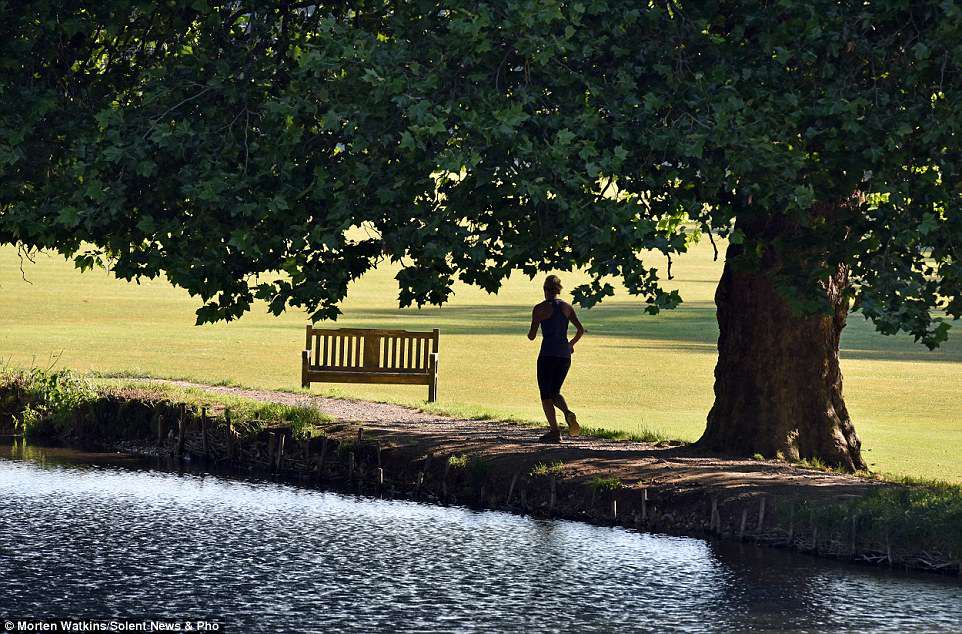 A woman out for a morning jog yesterday along the river Itchen near Winchester, Hampshire, as the summer heat wave continues to bring sunshine and high temperatures to much of the UK and utility companies warn of potential water shortages 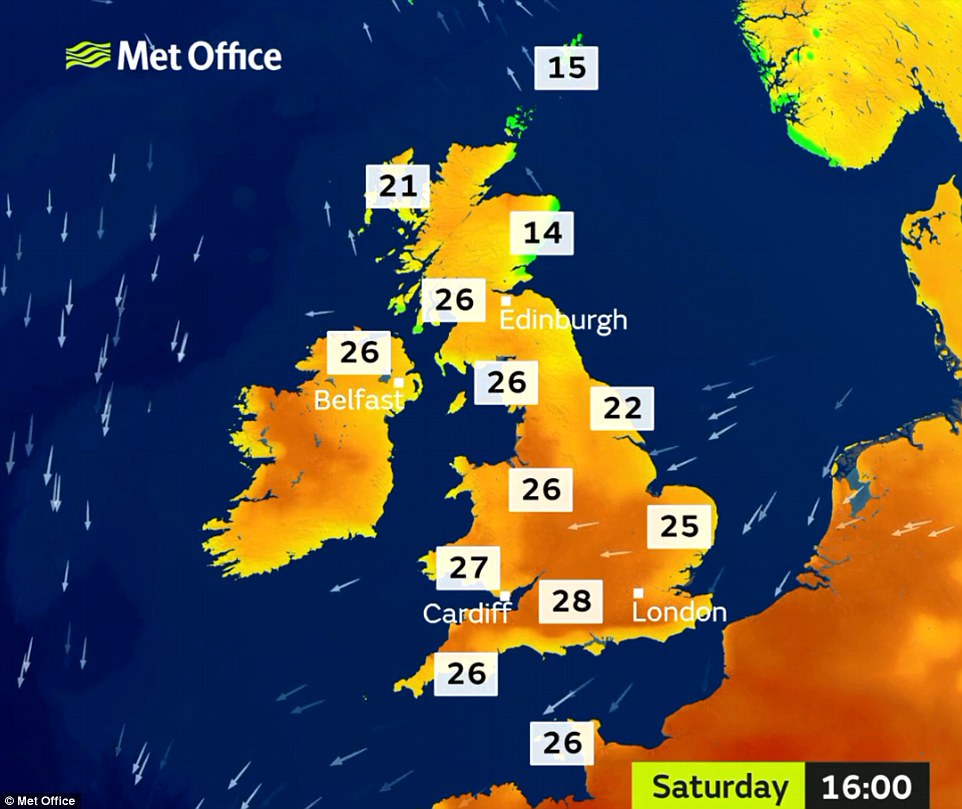 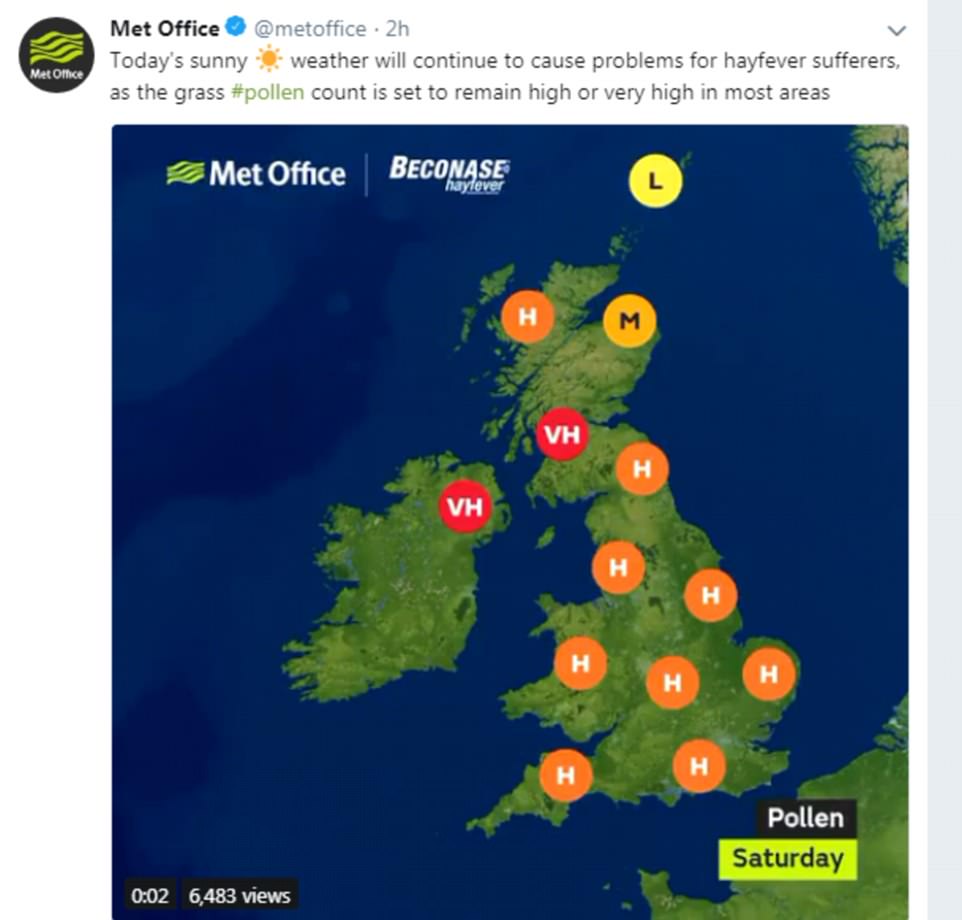 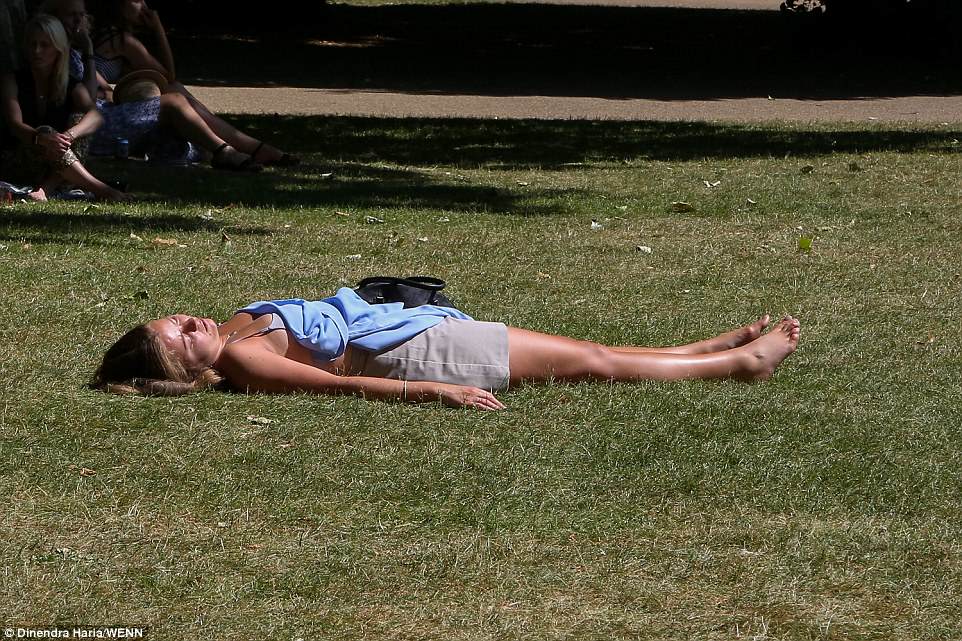 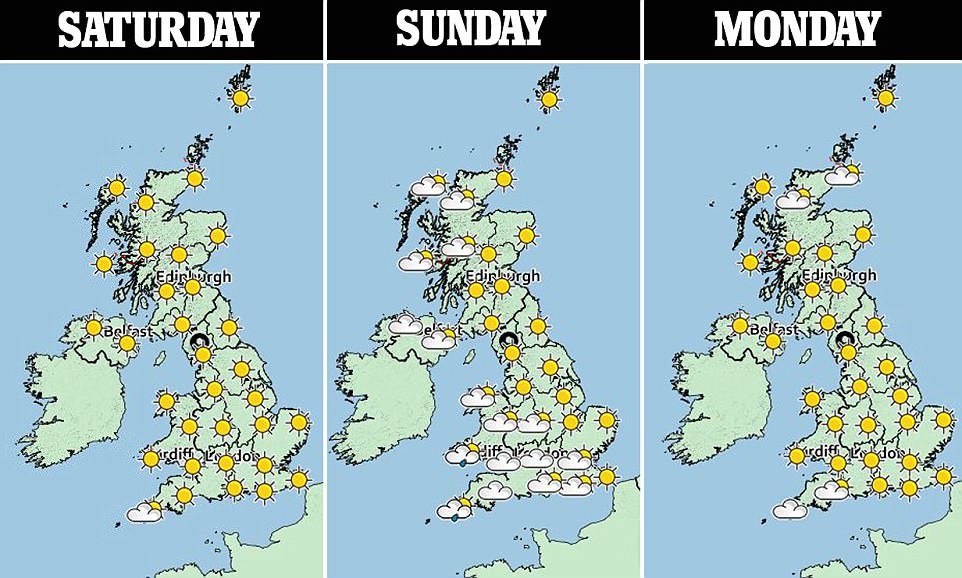 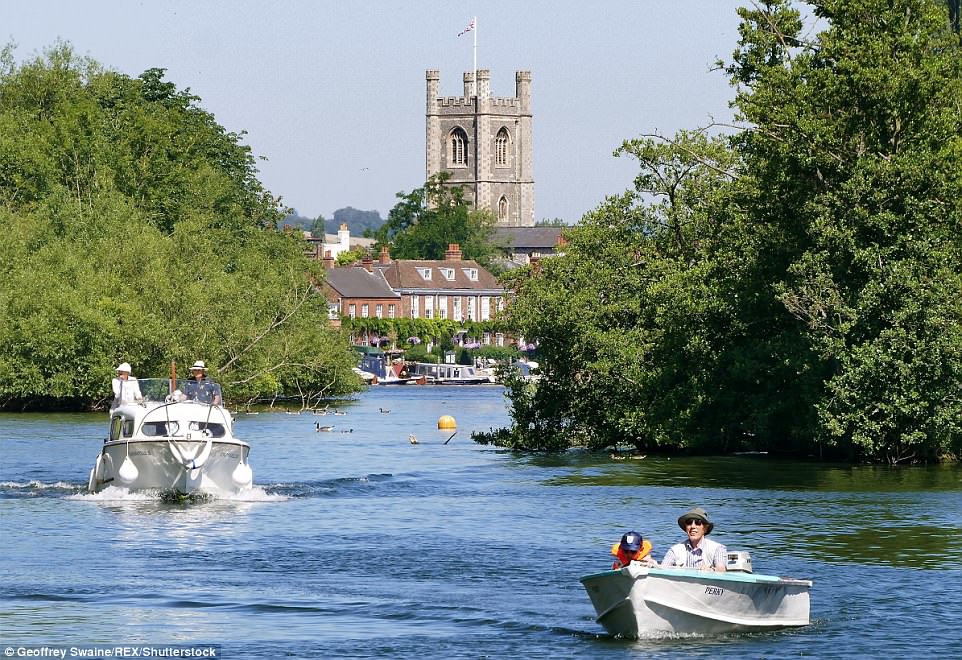 The hosepipe ban began at 6pm last night and Severn Trent Water has asked people to be ‘careful with their water’.

Before that the most recent ban was imposed across southern and eastern England back in 2012 due to widespread droughts. 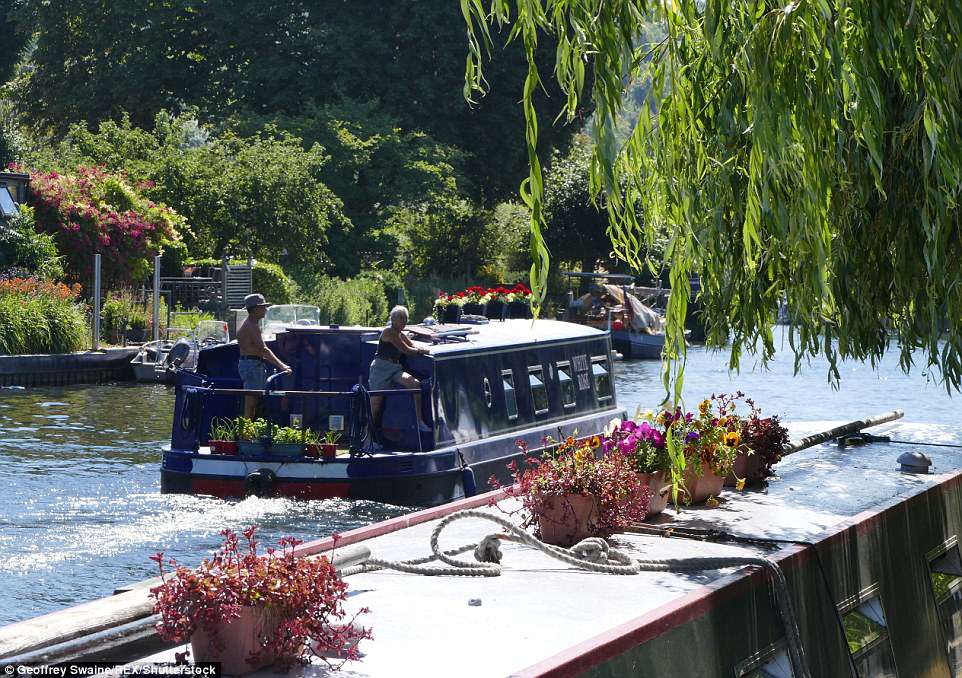 London will experience highs of 77F (25C) today with the sunshine from the eastern parts of the country clearing a cloudy start in the west.

Despite the continuing heatwave, there is a small risk that thundery showers will hit the north-west later today, with the same predicted for north-west Scotland and south-west England tonight.

The Met Office has warned hay fever sufferers of very high pollen levels in the west of Scotland and Northern Ireland, with the entire of England and Wales experiencing high levels.

Very high UV levels will hit sunbathers all over England, Wales and Northern Ireland, with only the most northerly portion of Scotland escaping the top level with a ‘high’ rating. 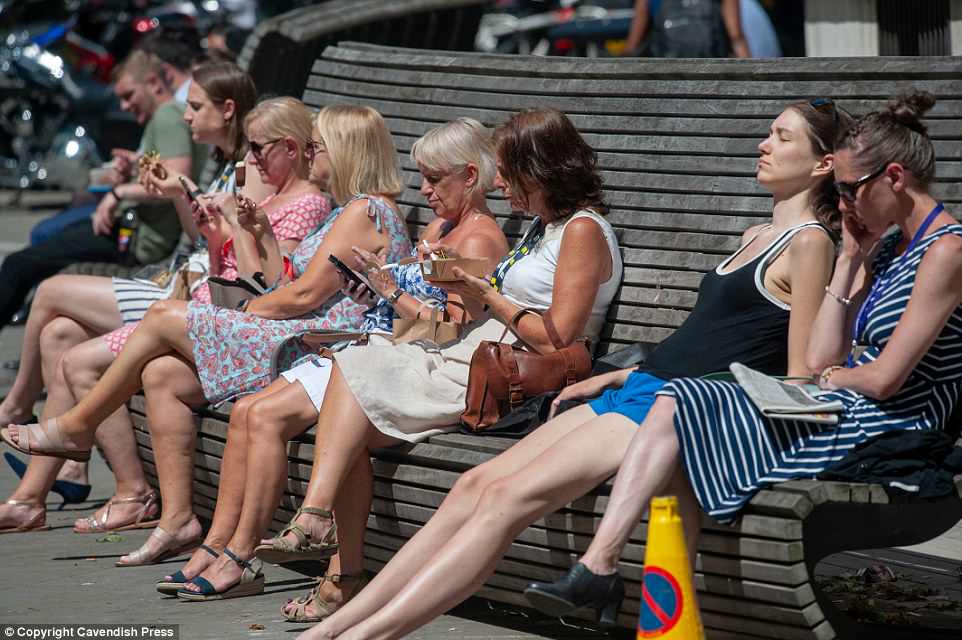 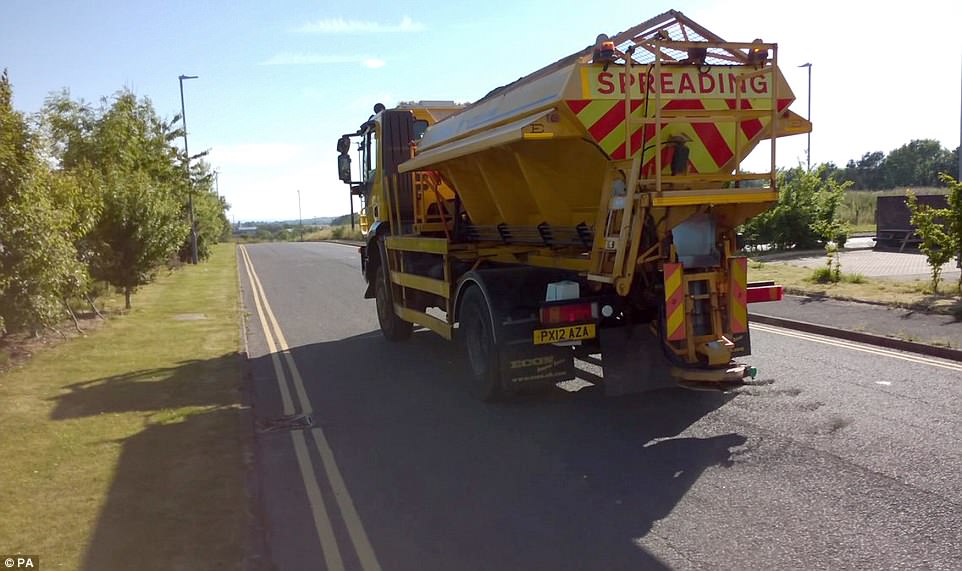 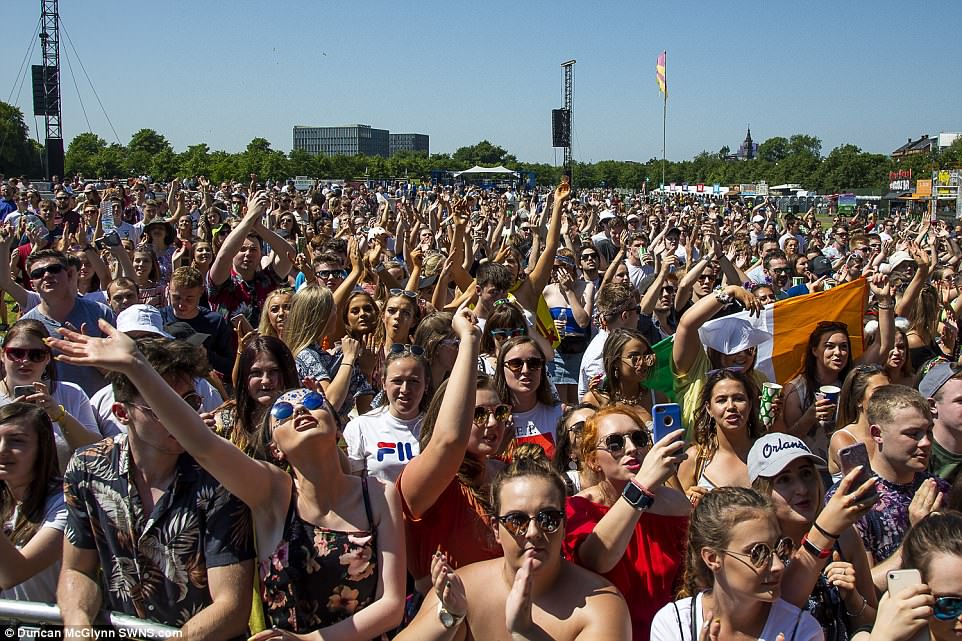 Revellers enjoy the music at Trnsmt festival, with acts including Blossoms, Arctic Monkeys and Interpol

Senior forecaster Marco Petagna said: ‘There’s a lot of fine weather still to come,’ he said. ‘There will be low cloud to start the day, especially across central and eastern areas of England and Scotland and possibly in Wales. But that will soon burn away through the morning.’

The recent hot spell has put a strain on utility companies, which have been pumping millions of litres into their systems. 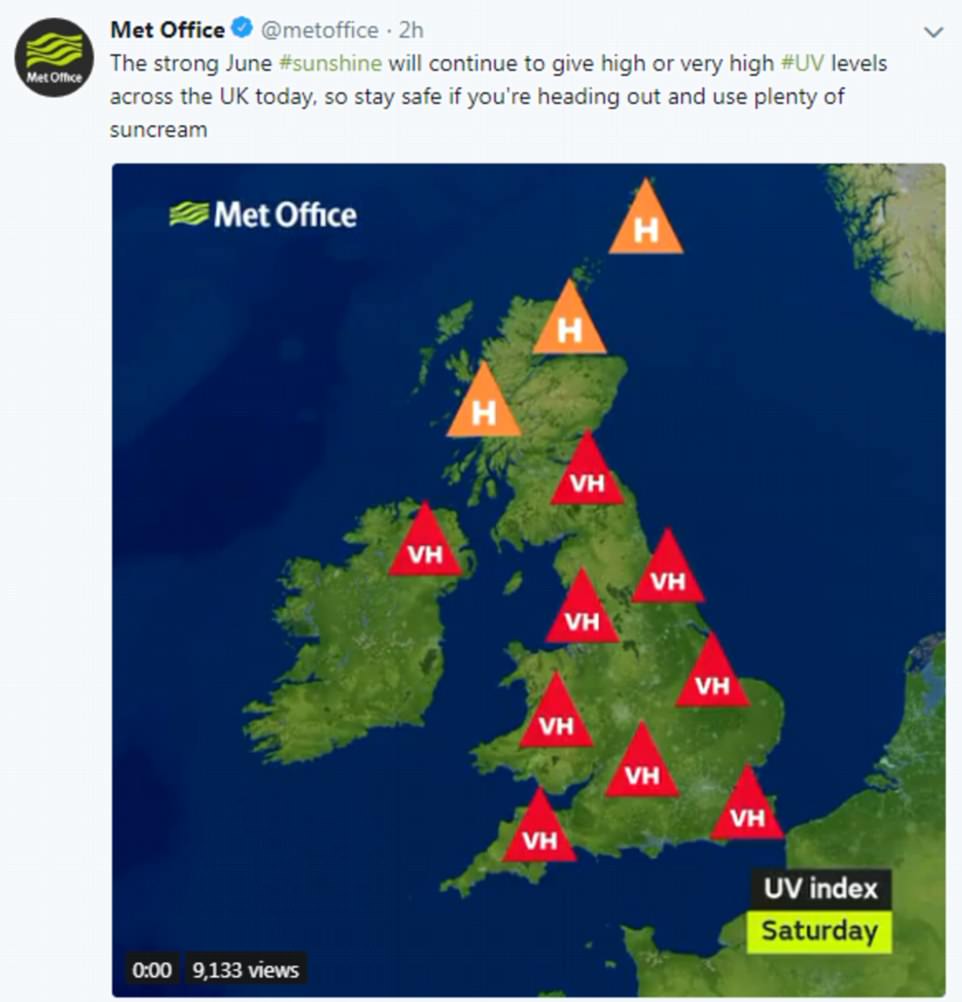 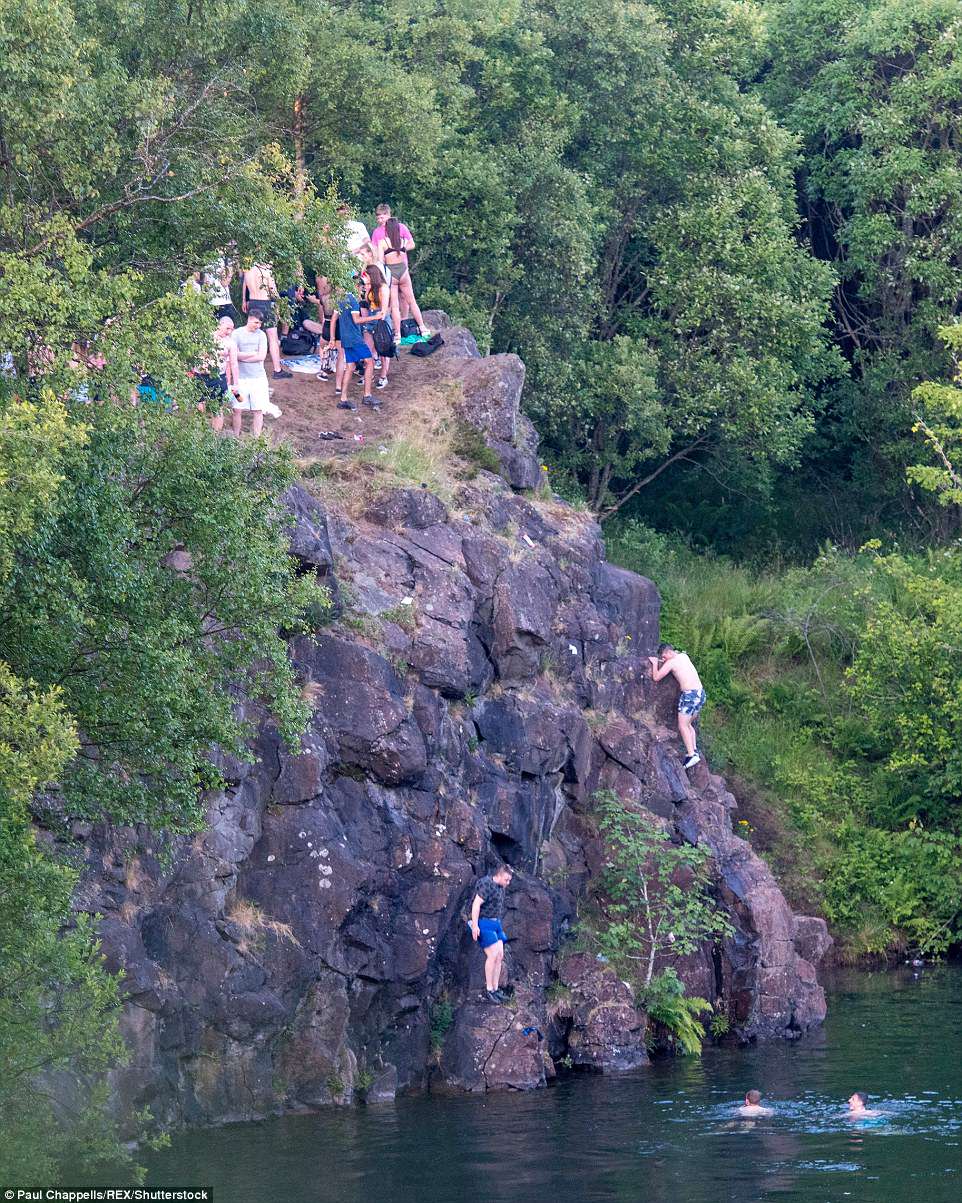 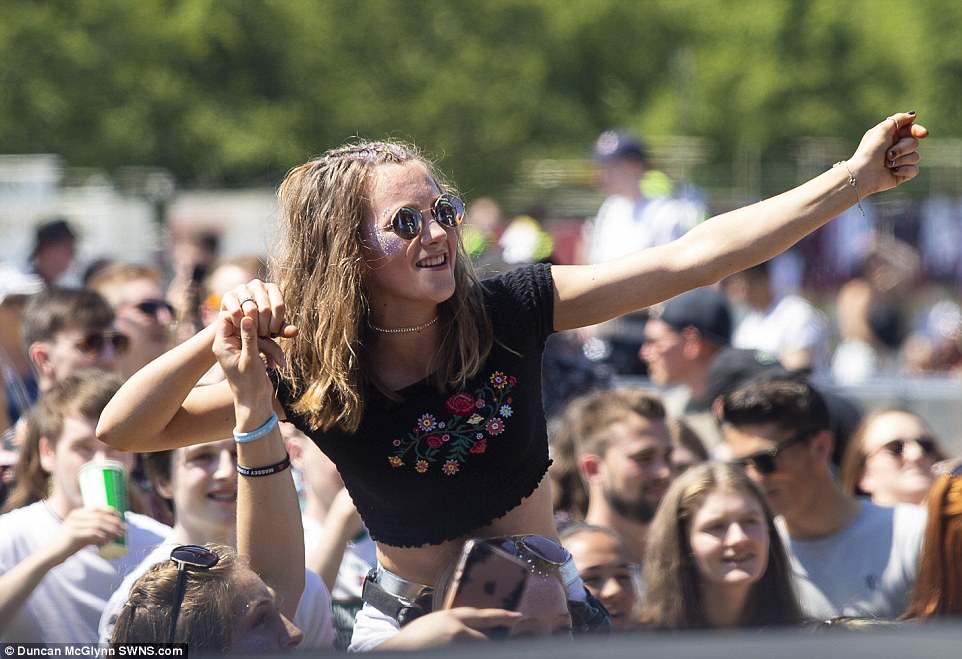 ‘We are asking customers to take heed of the hosepipe ban and stop non-essential water use – using hoses and sprinklers is causing demand to exceed the capacity to supply.’

‘We’re asking customers to be careful with their water and for now avoid using the garden sprinkler or hosepipe.’

Meanwhile, gritters – a sight more usually associated with winter – have been deployed in some areas, spreading crushed rock dust on to melting roads to create a non-stick layer between the surface and vehicles.

Things are set to cool heading into next week, with Monday through Wednesday bringing showers to south-west England with patchy rain  hitting Scotland.