‘Such selfishness’: Health Minister Nadine Dorries blasts Londoners for ignoring social distancing pleas by ‘working in cafes, not at home’ as the city faces a coronavirus lockdown

A health minister who was struck down by coronavirus blasted ‘selfish’ Londoners today for ignoring pleas to work from home in a bit to slow the spread of the contagion.

Nadine Dorries, 62, hit out at the capital’s residents, accusing many of using cafes and coffee shops to work instead self-isolating away from other people.

The former nurse, who is recovering from her brush with coronavirus, took to Twitter to voice her frustration.

It came after Boris Johnson hinted the capital’s nine million population could face a total lockdown within days amid fears the ‘superspreader city’ is the engine of the UK’s coronavirus outbreak, after the daily death rate doubled to 33 in 24 hours.

Commuters have shared pictures of crowded tube trains and platforms as services are cut back as London grinds to a halt.

Ms Dorries, the Mid Bedfordshire MP and a novellist, said: ‘People in London are working in cafes, not at home.

‘One cafe owner tells me that takings have shot up to over double usual daily amount.

‘This is not social distancing, it is irresponsible behaviour and the price to pay for such selfishness will be severe for us all.’ 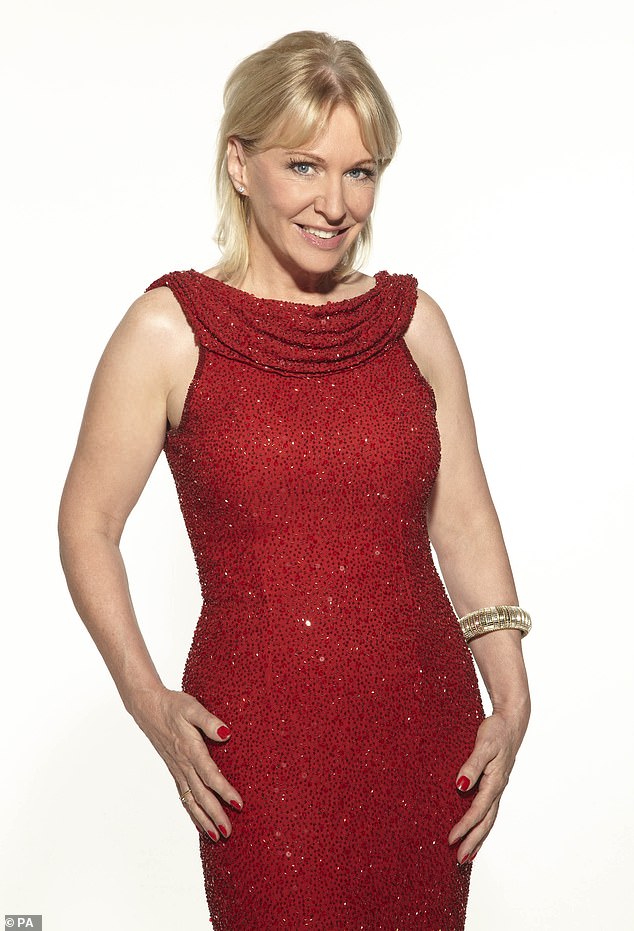 Nadine Dorries, 62, hit out at the capital’s residents, accusing many of using cafes and coffee shops to work instead self-isolating away from other people

The former nurse, who is recovering from her brush with coronavirus, took to Twitter to voice her frustration 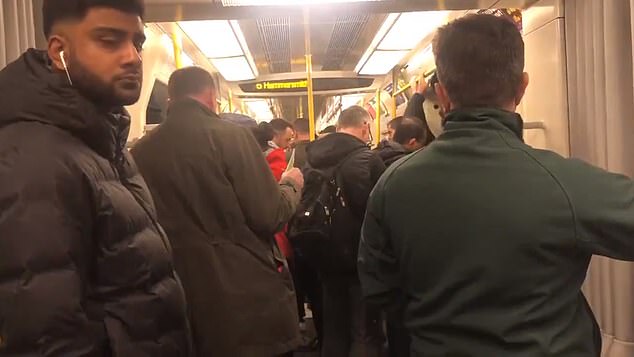 The Army has put 20,000 troops on standby as the Prime Minister refused to rule out the possibility of ‘further and faster measures’ to control the spread of the virus on the busy streets of the capital, where the epidemic is running ahead of the rest of the country.

He said ‘ruthless’ enforcement of so-called social distancing measures – such as working from home and avoiding social gatherings in pubs, cinemas and restaurants – was needed.

Some 953 people have been diagnosed with coronavirus in London – more than a third of the UK total of 2,626.

Mayor Sadiq Khan told Londoners to ‘stop travelling and avoid social interaction today’, despite commuters who still have to get into work being forced to cram onto packed Tubes after services were cut.

London Underground said nine stations were already shut this morning with a further 31 set to follow later today as the Mayor urged people not to travel ‘by any means, unless they really, really have to’.

But with thousands of commuters unable to work from home still going into work, many were left standing cheek by jowl on trains that are still running in an obvious infringement of guidelines to stand six feet apart.

Stations which do not interchange with other lines could be closed, while the Waterloo and City line and Night Tube services will not run from Friday.

Buses in the capital will be reduced and people are being urged ‘not to use public transport for anything other than essential journeys’.