Minnesota crowd at Trump rally chants 'LOCK HER UP!' after 'crooked' Ilhan Omar is blasted

A CROWD of Minnesotans chanted "lock her up!" after Ilhan Omar was blasted at a Trump rally on Wednesday.

The unified shouting arose as President Donald Trump denounced Democrat congresswoman Ilhan Omar as "crooked" at a the rally in Duluth, Minnesota. 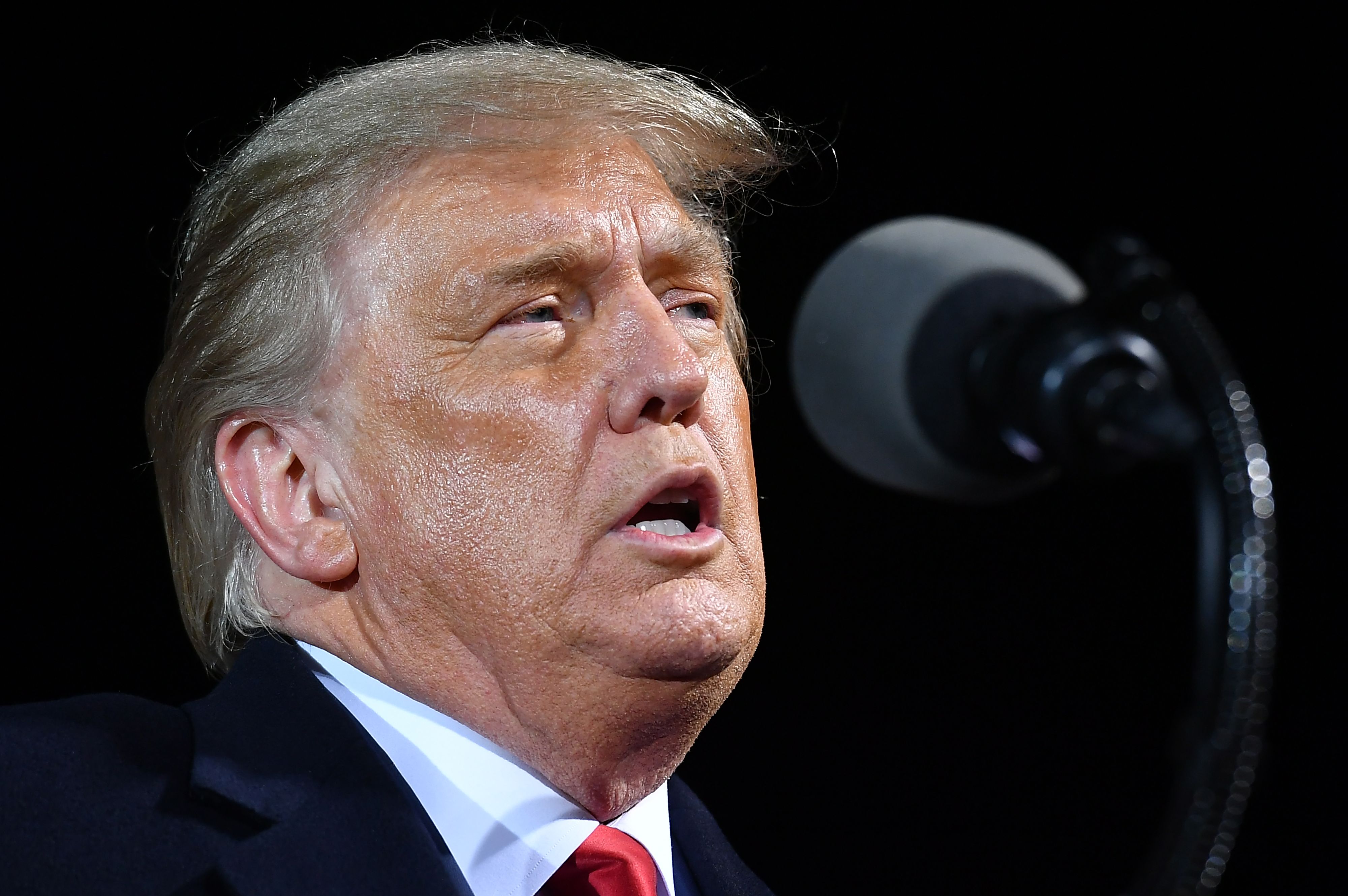 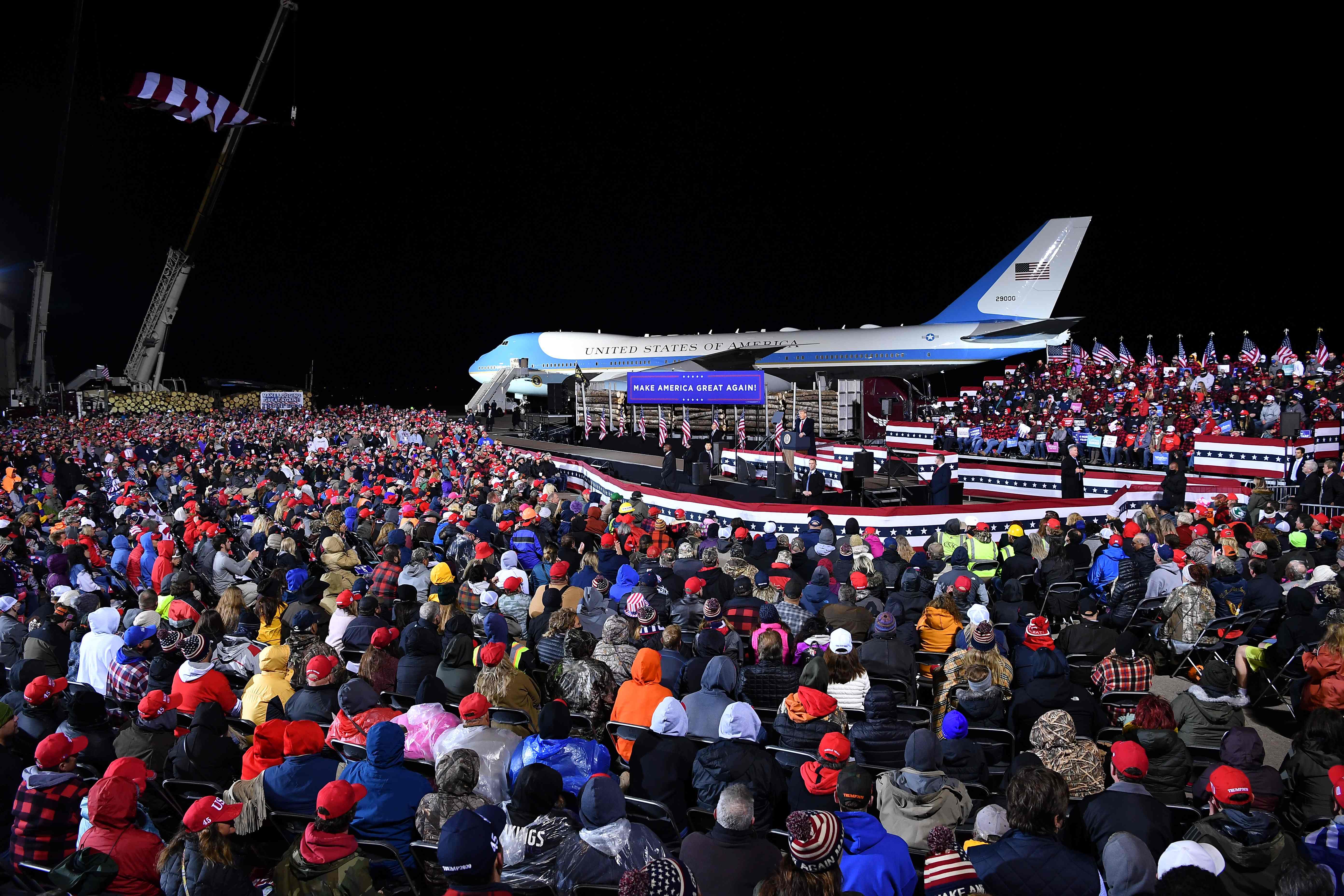 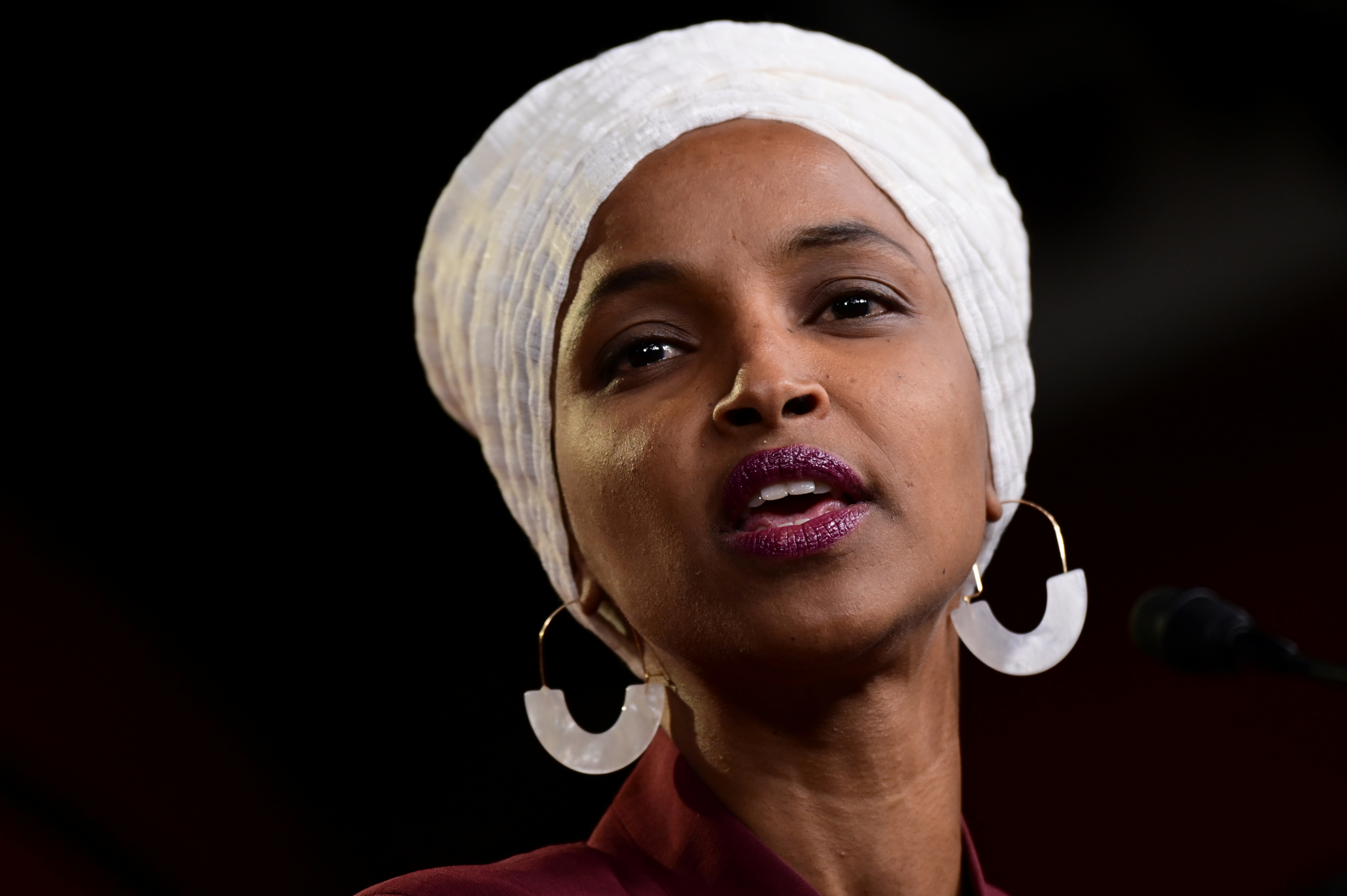 Before pointing out Omar's alleged faults, the president claimed Joe Biden would "turn Minnesota into a refugee camp."

"Another massive issue for Minnesota is the election of Joe Biden’s plan to inundate your state with a historic flood of refugees," Trump said.

Speaking at Duluth International Airport, Trump continued: "What about Omar where she gets caught harvesting? What the hell is going on? I hope your US attorney is involved.

"What is going on with Omar? I’ve been reading these reports for two years about how corrupt and crooked she is."

His words prompted his audience to chant: "Lock her up! Lock her up!” as the president continued to criticize Omar."

Laughter was also heard among the crowd.

"Lock her up" was a popular chant about former Democratic presidential nominee Hillary Clinton at Trump's rallies in 2016.

Trump added: "Let’s get with it. I mean, frankly, harvesting is terrible but it is the least of the things that she has done.

"How the hell. Then she tells us how to run our country, can you believe it?

"How the hell did Minnesota elect her? What the hell is wrong with you people, right?" 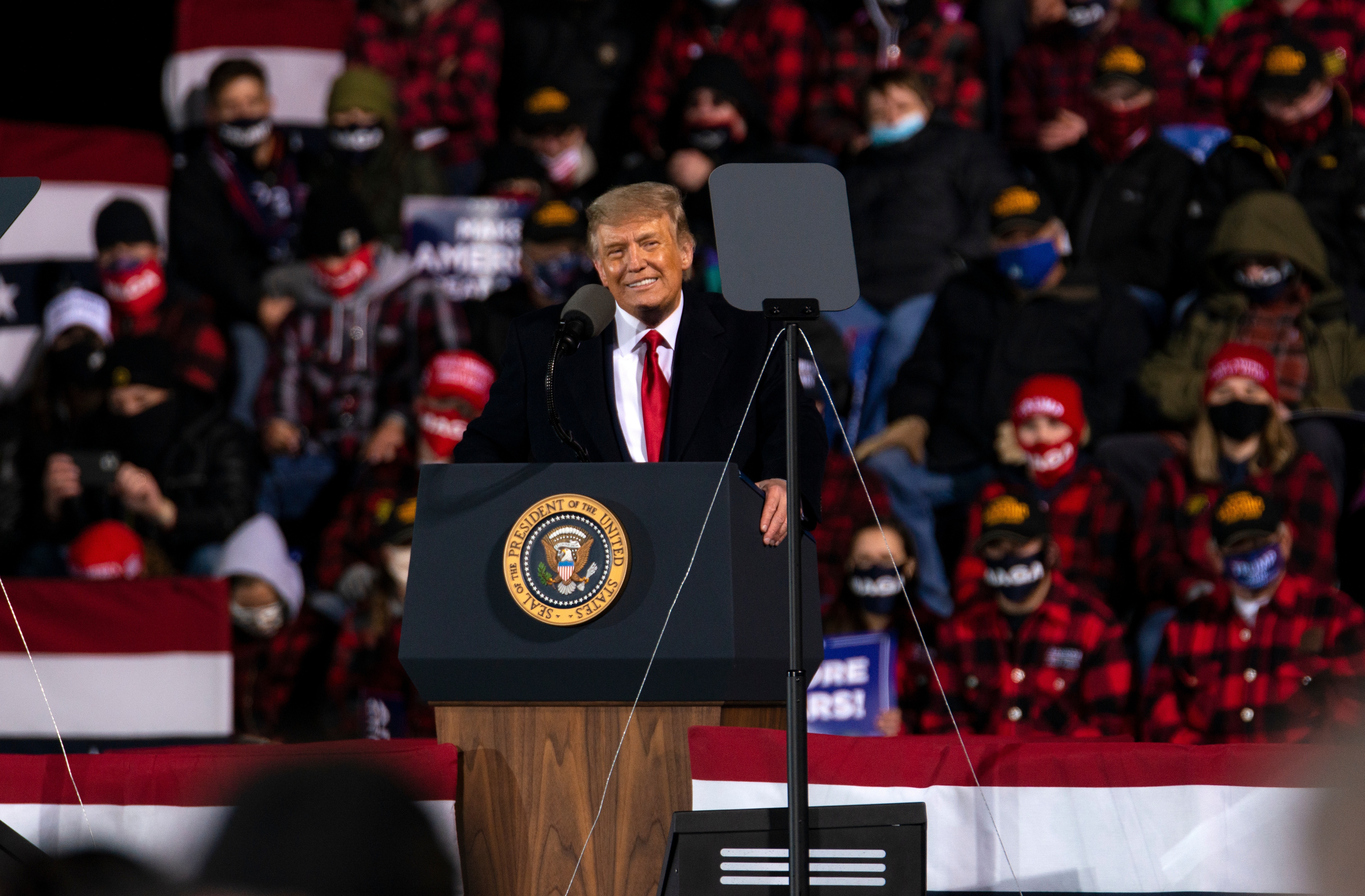 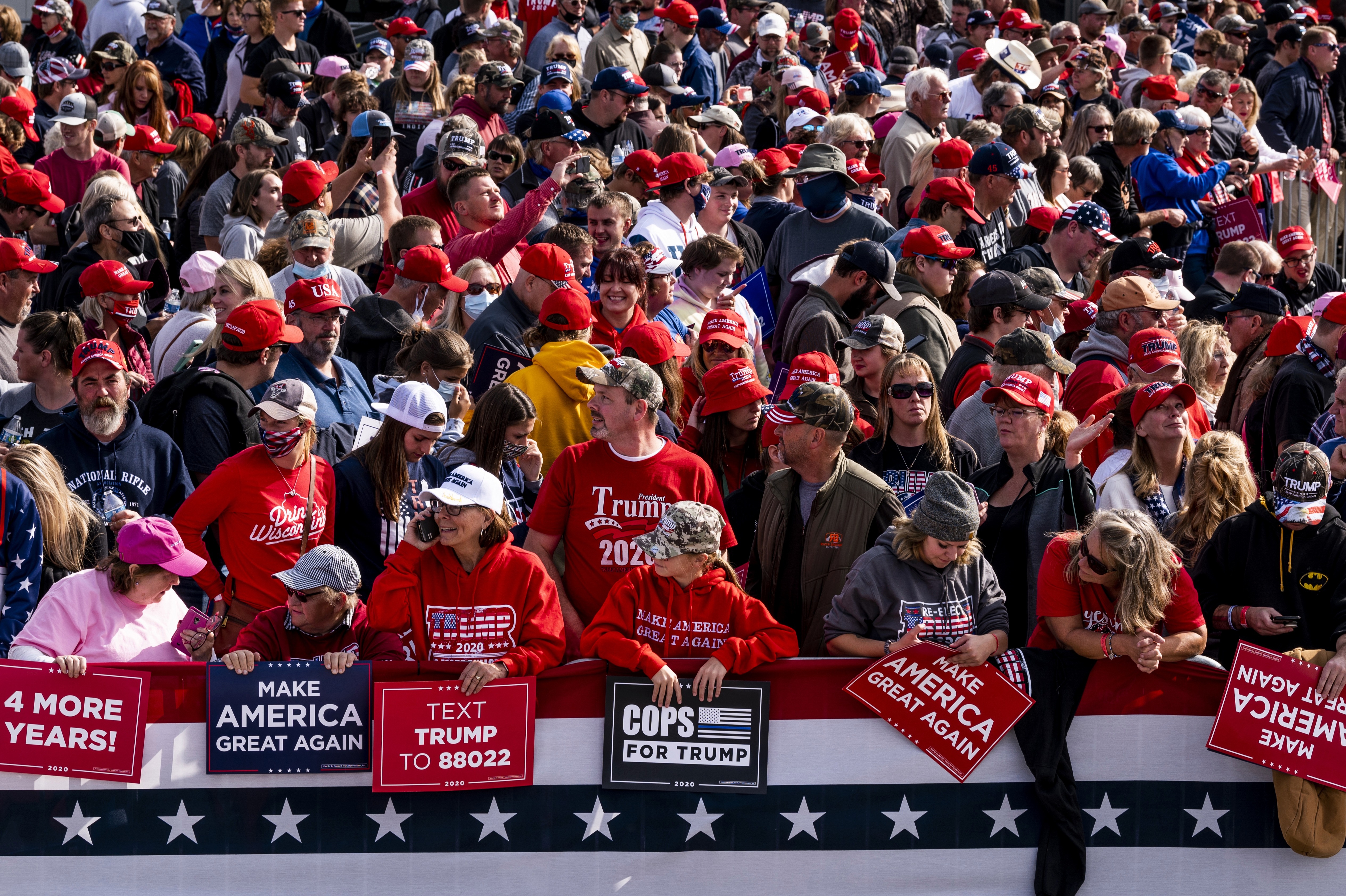 The president criticized Omar as "corrupt and crooked" after an "undercover vote harvesting video" emerged from her state.

Trump's disapproval of Omar – who fled Somalia in 1995 – follows a disputed Project Veritas allegation linking the congresswoman to an alleged ballot harvesting plot.

"I hope your US attorney is involved," Trump said.

"I've been reading these reports for two years about how corrupt and crooked she is."

The comments came after an investigation by Project Veritas –  a hugely controversial right-leaning activist group – released the viral video that spread unfounded claims about Omar. 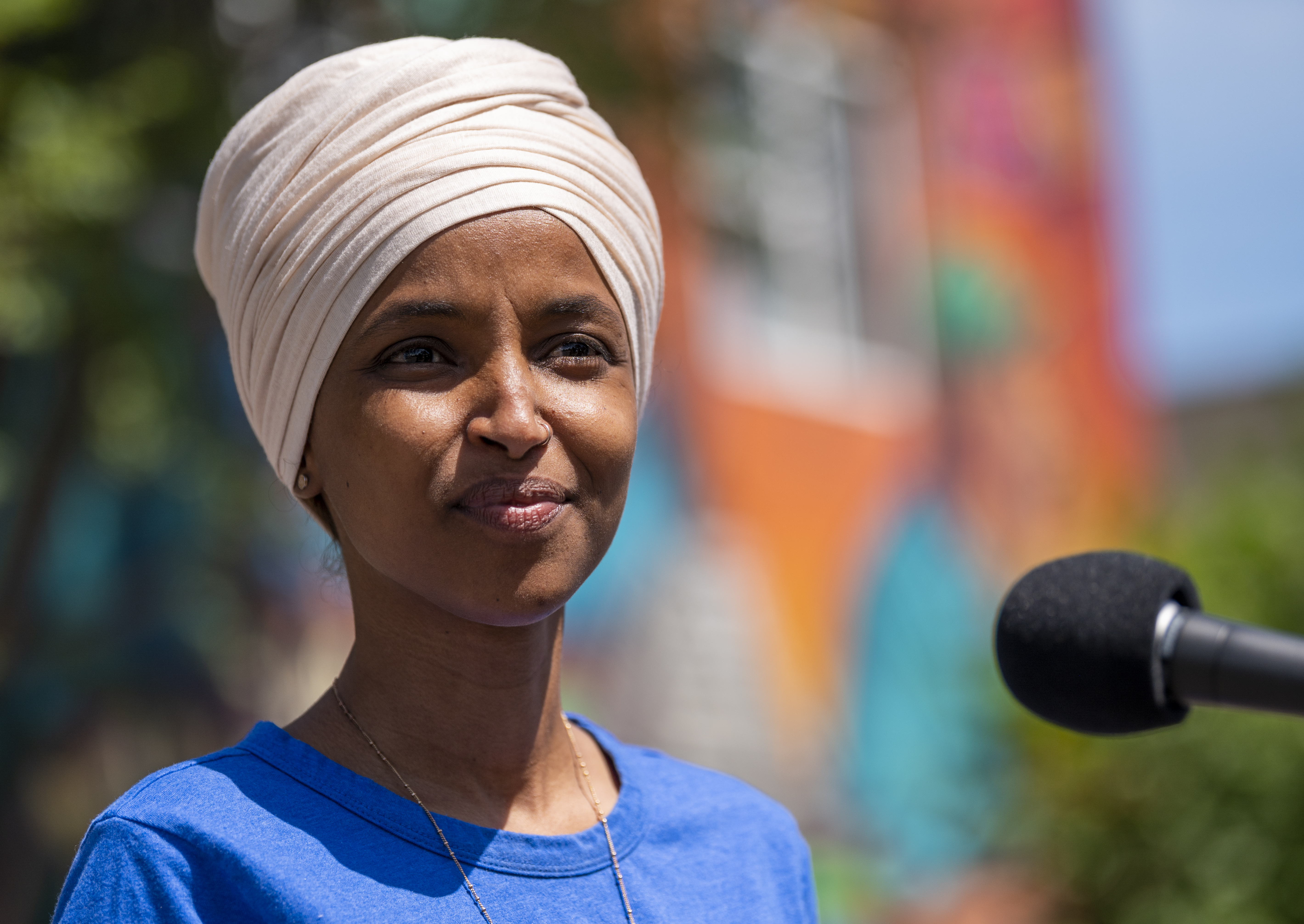 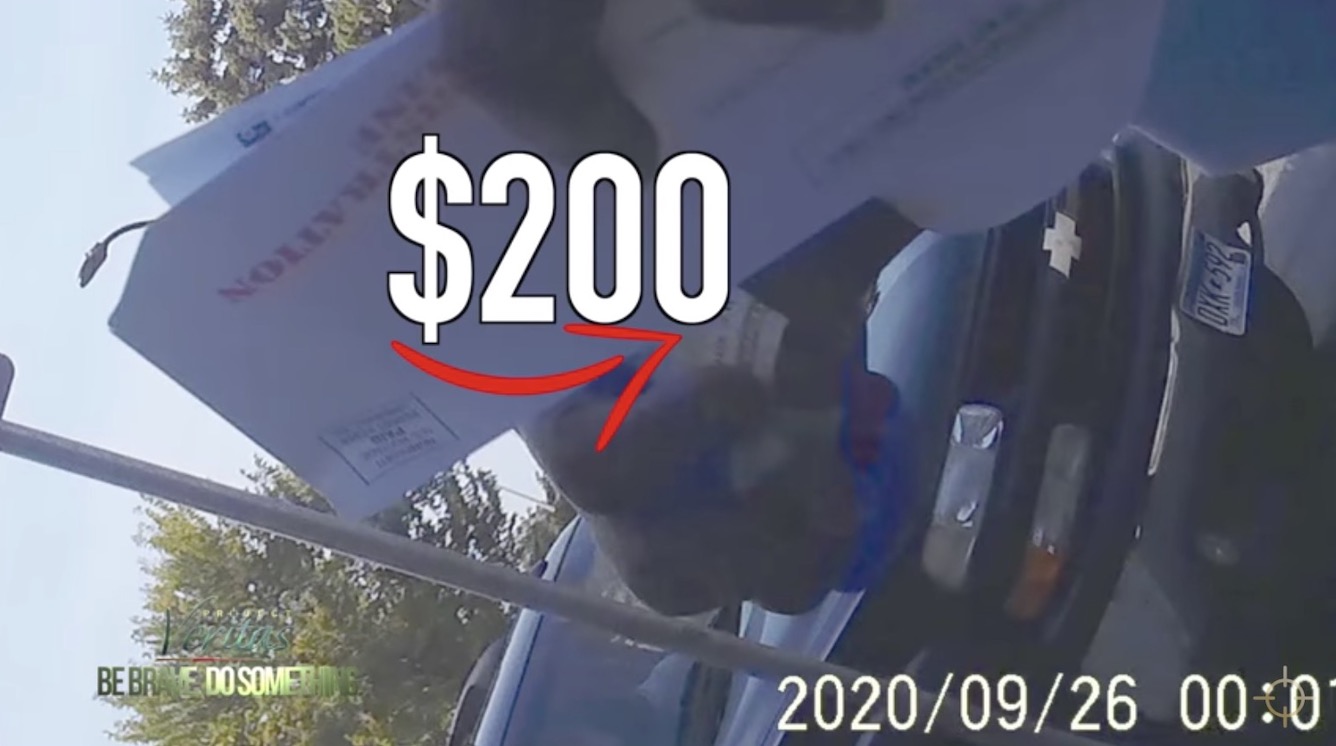 Earlier this week, Trump called on the US attorney in Minnesota to investigate Omar amid the unverified claims of ballot harvesting.

The president's urge for an investigation after Snapchat footage appeared to show one activist with piles of absentee ballots on the dashboard of his car.

According to Minnesota law, an individual is permitted to be a "designated agent" for up to three absentee voters.

However, the months leading up to the 2020 presidential election have seen a protracted legal battle over whether the cap should be cleared.

On Sunday, a report from conservative outlet Project Veritas claimed that one Minneapolis resident, Liban Mohamed, had gathered around 300 ballots while campaigning for his brother, City Councilman Jamal Osman. 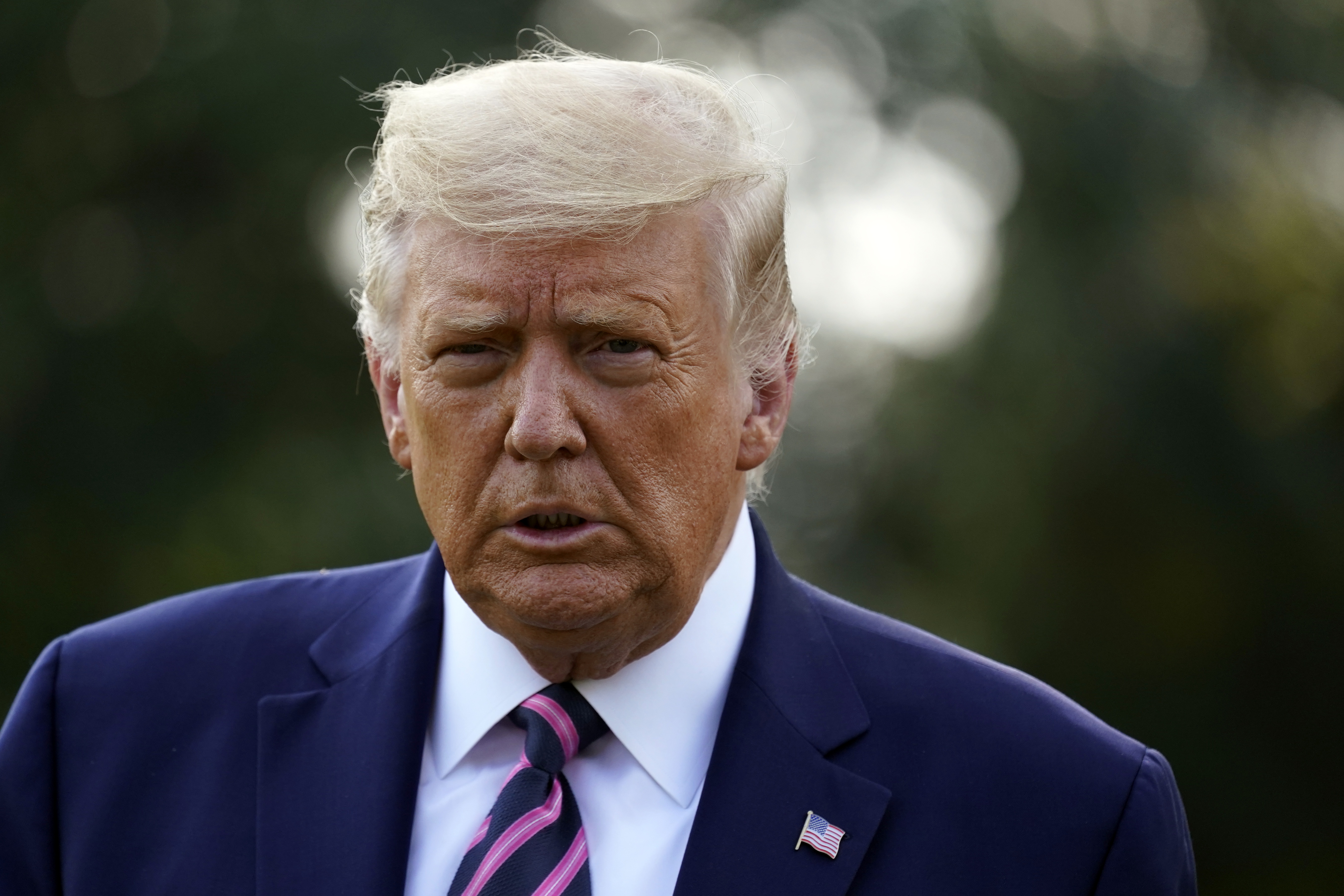 "You can see my car is full. All these here are absentee ballots."

at, crowd, Minnesota, rally, Trump
You may also like: