A MINNESOTA MAN was sentenced to 35 years in prison for "sextorting" more than 40 girls, some as young as 11 years old.

Fairmont, Minnesota man Dylan Deling, 21, was sentenced to 420 months in federal prison after he pled guilty to producing child pornography and extortion. 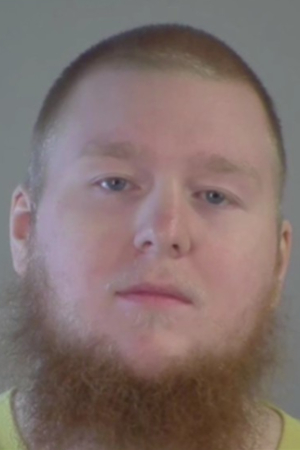 "This defendant’s victimization went beyond sexual exploitation; his ultimate goal was to instill fear and humiliation," U.S. District Attorney for Minnesota Erica MacDonald said in a statement Monday. "This type of depraved criminal behavior will not be tolerated."

Deling used social media accounts to solicit sexually explicit images of girls between 11 and 17 years of age. The accounts, on platforms like Instagram, Facebook and Snapchat, would use his aliases, such as Jason Keens and Dylan Nash.

After receiving the images, he would extort the girls and threaten to send the images to their parents or even physically harm them and their loved ones.

Authorities said Deling lured the young girls with affectionate expressions before persuading them to send him these images. In some instances, officials said he would send the explicit images to the victims' friends and families. In other instances, he would threaten to have men rape, kidnap or kill the girls or their relatives.

Deling would even go as far as to send the victims screenshots of maps of their home addresses or those of loved ones. He'd additionally post other identifying information online.

In one occurrence, he obtained sexually explicit images from one of the girl's friends.

Deling pled guilty in July 2019. He'll be under supervised released for 30 years following his 420 month sentence behind bars.