Isabelle Deltore made the switch from prison officer to “nude glamour babe and webcam model” after being repeatedly “objectified” by criminals at some of the country’s toughest jails. 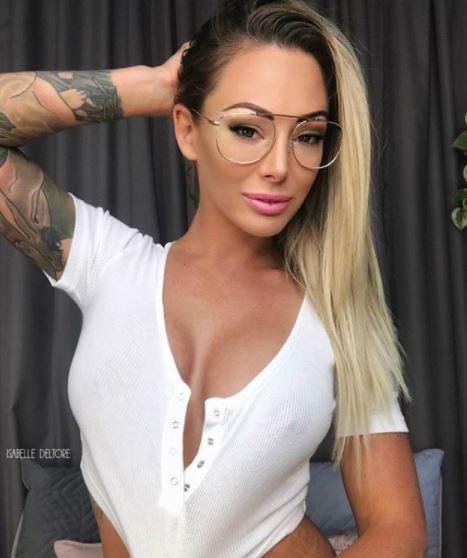 Speaking to news.com.au, she claims it was the best decision she’s ever made, both in terms of money and self-esteem  – especially after she went on to be crowned Miss Nude World 2018.

Isabelle said: “I do pornography, but the technical term is ‘erotica’ because I only do solo and girl on girl but I don’t do boy girl stuff and it’s that which crosses it over to pornography.

“But the industry is so small so quite often we don’t differentiate between erotica and pornography.”

Speaking of her prison officer past, she said: “I was a screw, an officer, in youth justice and I was in maximum security for five years. I was in the army reserves as well,” adding that the grind of the job along with office politics wore her down. 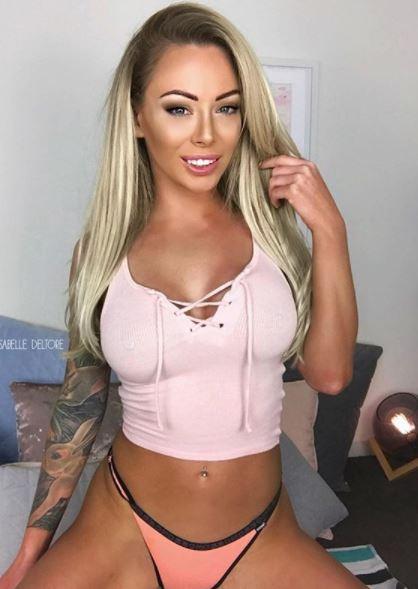 She said: “I was very good at what I did but I was constantly fighting to move up the chain and I was never going to win.

“I couldn’t figure out what I was going to do so I decided to be a secret stripper until I could get another job with my degree. But I just liked stripping too much.”

Isabelle said: “This is definitely more lucrative. I wasn’t on the (prison) roster, I’d done my last shift, and then I went into Spearmint Rhino and made what I would have made into two weeks in one night.

“At 4am, I sent the prison an email saying I resign. I was like, see you later.” 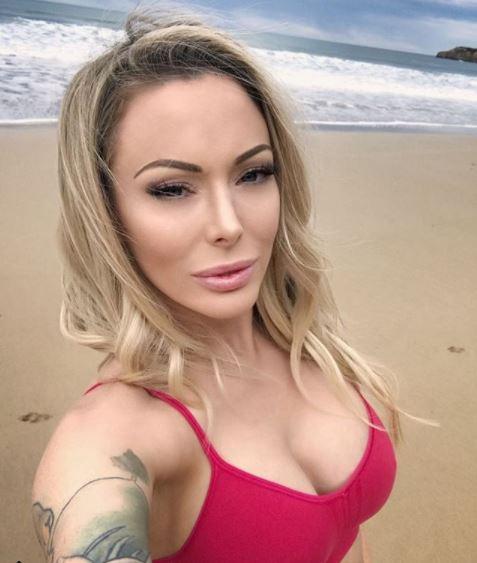 She said: “With my current line of work everyone knows what’s on the table. If they want to buy a lap dance, well here are the boundaries; we’re exchanging money for it so it’s very out in the open.

“Previously I would complain if I had some officer or prisoner make a pass at me. Now I’m much happier and my self-esteem has increased.” 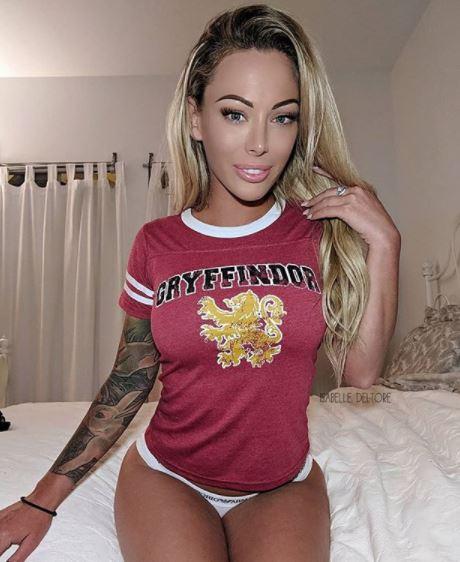 And being a prison officer has taught her a few lessons along the way, including managing her time and being disciplined, as well as how to handle the frisky fingers of over excited punters.

Isabelle said: “I was managing units of 20-40 inmates and staff so I know how to deal with people who are a little bit difficult, how to be assertive without being aggressive.

“And it’s the same dealing with blokes; you be honest and go this is the line. You will sometimes get an ‘ah but’ from one, but my response is ‘no I’m not dealing with your buts mate’.”

That discipline and assertiveness helped her nab the Miss Nude World crown twice  – once in 2015 and again this year. 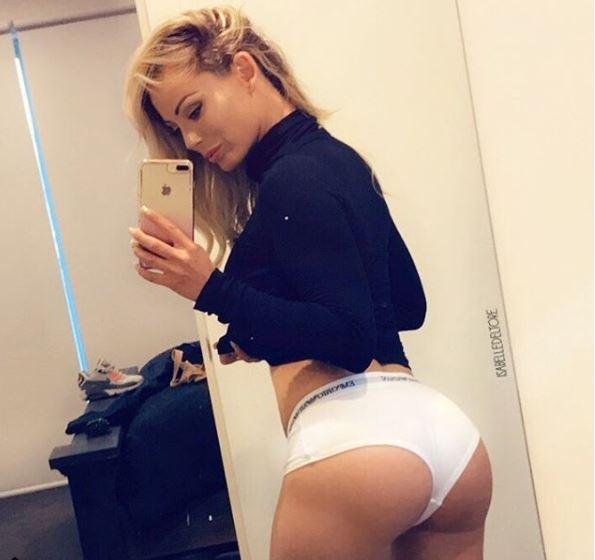 She said: “I don’t know when to stop working. I will set goals and I will do everything I can to achieve them to the detriment of everything else.

“When I wanted to win Miss Nude World I tried for months. I had to learn aerial hoop from scratch so one of my trainers was from Cirque du Soleil and it was 30 hours a week as well as dance classes, choreography and costume making.

“It almost cost me my relationship because I was overly focused.

“Miss Nude World is not just about doing the pole and taking your clothes off. You have to be an all-round show girl; you’re judged on if you have that pizzazz factor.

“I had some massive props including a two metre high horse that spun on a disc and spat water out of its nose.

“I’m not even joking; it’s for sale if anyone wants it.”

A version of this story first appeared on news.com.au