In the past 15 years, considerable effort has been made to ensure Australia’s banks operate at the highest standards of prudential, legal and ethical accountability.

A wide range of laws now govern directors’ duties, reporting requirements, anti-money laundering, fraud, and due diligence checks on lending to customers. Those laws are buttressed by suitably tough penalties for lapses or deliberate breaches, including criminal sanctions.

To that end, the $1.3 billion fine levied against Westpac for an astonishing 23 million breaches of the anti-money laundering laws is welcome, necessary and in line with national and international expectations. 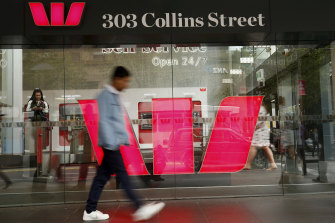 Westpac has been fined $1.3 billion for an astonishing 23 million breaches of the anti-money laundering lawsCredit:Darrian Traynor

If the penalty is sanctioned by the Federal Court, it will be the single-biggest civil penalty imposed on any entity in Australia.

That Westpac could have been fined as much as $20 million for each breach of the anti-money laundering laws demonstrates just how seriously regulators here and around the world view the need to stamp out cross-border criminal activity, including financing of terrorism, child exploitation and drug-trafficking.

In 2012, for example, global bank HSBC agreed to pay $US1.92 billion in fines to US regulators for allowing its banking services to be used by notorious Mexican and Colombian drug cartels.

In Westpac’s case, the systemic, long-term breaches were attributed to severe deficiencies in IT systems that were meant to relay details of certain transactions to AUSTRAC, the regulator responsible for detecting and disrupting criminal activities in the financial system.

Year after year, despite repeated warnings from AUSTRAC, Westpac failed to fix the problem. It was only in November 2019, after AUSTRAC initiated court proceedings and institutional investors railed at the bank’s failure to make anyone accountable for the debacle, that Westpac’s chairman and its chief executive were finally dumped.

In the business world, there is zero sympathy for boards and executives who seek to muddle through crises without accountability or fail to address weaknesses. Enough warnings have been given, the laws have changed. It’s long past time to take responsibility and match community and investor expectations.

Yet, for all this, Treasurer Josh Frydenberg has heralded a roll-back in lending laws designed to reinforce conscientious behaviour by banks. As Adele Ferguson wrote, it beggars belief that he unveiled the proposal on the same day that Westpac was caned for poor behaviour.

Mr Frydenberg has proposed changes to the responsible lending obligations enshrined in the National Consumer Credit Protection Act, which was passed in 2009 when the nation was in the grip of the global financial crisis.

The Treasurer wants to reduce the checks banks must do on customers’ ability to borrow funds, effectively unwinding a decade of cultural change that put the onus on banks to know their customers and their capacity to repay before extending credit.

While Mr Frydenberg suggests the move will reduce bureaucracy, free up credit markets and help stimulate the economy, there are inherent dangers here.

The laws were introduced for an excellent reason: to curb risky lending to potentially vulnerable consumers. Yet Mr Frydenberg’s proposal sends mixed signals to the banks and consumers alike, and it risks returning Australia to the arrogant, over-confident and heedless brand of lending that infected the banking industry not so long ago.

If the Treasurer believes Australia’s banks have cleaned up their act and can be trusted with responsible lending, we ring the warning bell now.

Yes, economic stimulus and jobs growth will be absolutely crucial in the next 12 months. But proceed with caution: do not take short-cuts to achieve those goals and do not forget the lessons learned since the GFC.

The Age’s acting editor, Michelle Griffin, writes a weekly newsletter exclusively for subscribers. To have it delivered to your inbox, please sign up here.

Banks, behavi, for, Message, mixed
You may also like: