Moment ‘British tourist snorts cocaine off his wrist’ in Magaluf

This is the moment a holidaymaker appeared to snort cocaine in full view of passers-by in the notorious party town of Magaluf.

The tourist, thought to be British, can be seen brazenly consuming white powder off his wrist outside a restaurant as a couple walked by in the resort, on the Spanish holiday island of Majorca.

He seemed unconcerned as the British owner of a white Audi he had laid his wallet on yelled at him to get away from her car. 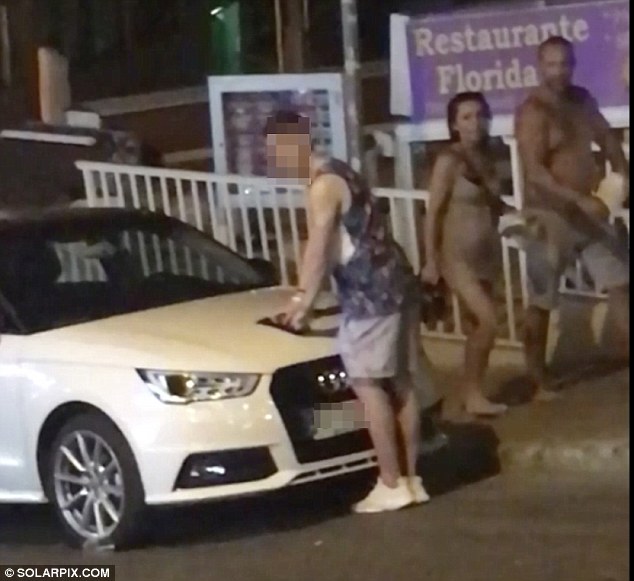 Footage captures the moment a holidaymaker (front) appeared to snort cocaine in full view of passers-by in Magaluf. The tourist, thought to be British, can be seen brazenly consuming the white powder off his wrist outside a restaurant as a couple walked by (back) in the resort

He picked up his belongings as the woman shouted: ‘Get off my f*****g car now. Shift.’

No police could be seen in the 12-second video.

A teenage girl with the drug user could be seen standing beside him as he snorted cocaine before disappearing out of sight as the couple walked by.

A Spanish woman commenting on the footage said: ‘Amazing. Imagine coming out of the restaurant with your children and family and seeing this idiot doing that.

‘I don’t want this sort of tourism in my neighbourhood.’

She added in a later post: ‘And good for the person who filmed it. I hope his family see this and he’s named and shamed. Welcome to Magaluf.’

An expat Briton added: ‘He wasn’t even in a hurry after the car owner shouted at him.’

Another suggested he could have bought the drugs from African street sellers working in the area known as Looky Looky men. 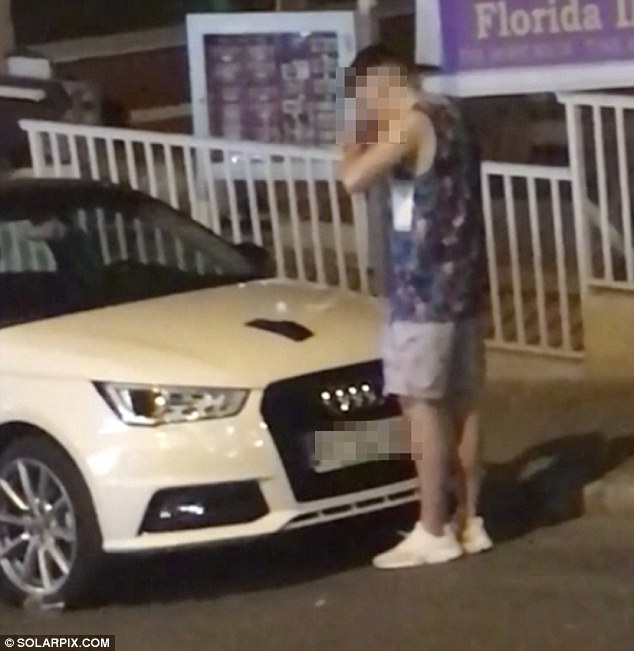 It comes weeks after Britons were warned they will be hit with huge fines for drunken behaviour with the party town’s council clamping down on street drinking, nakedness and fighting.

The town has been surrounded with brightly-coloured signs, which carry the message ‘have fun with respect’.

Warning of penalties for breaking the rules, the signs have been mounted on lamp-posts and other visible spots in the party resort.

The signs are part of the latest campaign to stamp out some of the excesses committed by British holidaymakers in Magaluf.

Local authorities have brought in dozens of new by-laws to punish uncivic behaviour in its drive to clean up the resort’s image.

Other rules prohibit defecating in public places, having sex in public and stripping off in public as well as littering and tearing branches off trees.

Chinese tourists to return to Thailand next week