Moment burglars posing as police officers raid luxury country estate before stealing designer handbags, clothing and cash worth £4,000 – as they are jailed for total of 11 years

Three men who posed as police officers to raid a secluded luxury country estate, stealing designer handbags, clothing, footwear and cash, have been jailed for a total of 11-and-a-half years.

Police have today released shocking CCTV of two of the gang dressed in fake uniforms and driving what appeared to be an unmarked police car with blue flashing light, as they peer into the security camera.

They hoodwinked unsuspecting residents at the private gated parkland housing estate of Ide Hill Hall in Sevenoaks, Kent into letting them in. 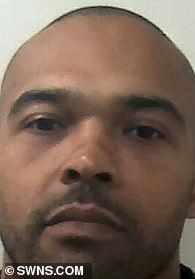 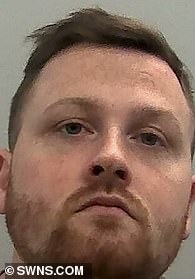 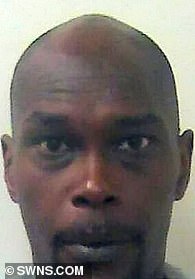 Daniel Kelly, 41, left, and Louis Aherne, 31, right, from Charlton, south east London were part of a three-man burglary gang who impersonated police officers during a raid in Sevenoaks, Kent

But once inside the Grade II listed housing complex, where homes sell for up to £1million, the raiders smashed their way into an apartment.

The property was then ‘completely ransacked and trashed’, by the bogus officers, Maidstone Crown Court, Kent, heard.

French doors were smashed, drawers and cupboards emptied, and kitchen cookware and children’s toys strewn across the floor.

Among the £4,000  worth of high value belongings stolen during the break-in late at night on July 9 last year while the tenants – Keri James  and Joshua St. Ange  – were on holiday were a Louis Vuitton handbag, Chanel trainers, iPhone and £600 cash.

The keys to Mr St. Ange’s BMW were also taken from the property but later found on the bonnet.

The burglars also tried to ram the front door of another apartment but fled when the startled occupants – company director Peter Blakley  and his wife Maeve – woke at the sound of banging and began shouting. 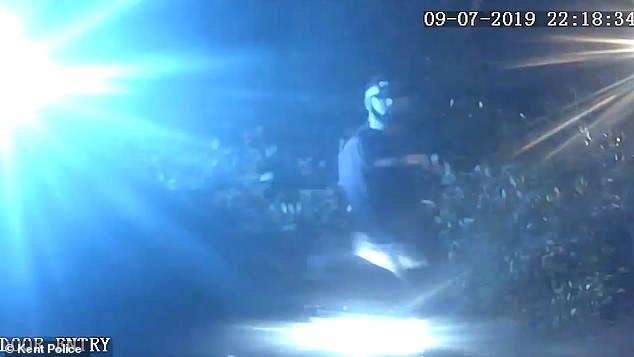 After tricking their way into the estate, the men broke into an apartment which they trashed while stealing goods to the value of £4,000

Daniel Kelly, 41, and Louis Ahearne, 31, both from Charlton, south east London, were found guilty of burglary and attempted burglary by a jury earlier this year.

The third man, 44-year-old Daniel Bowen and also from Charlton, had pleaded guilty to the same two offences ahead of the trial. The court heard he was the driver of the ‘police’ vehicle, a hired Renault Captur.

Jailing Kelly for five years, Ahearne for four years, and Bowen for two-and-a-half years, Judge Stephen Thomas said on Tuesday they had carried out a ‘serious, targeted and planned attack’, disguising themselves as police ‘to use to their advantage’.

Ahearne was also sentenced to a further 12 months’ imprisonment for an unrelated offence of possessing a prohibited weapon – a stungun – just five weeks after the Ide Hill Hall break-in.

The judge ordered that it be served consecutively to his four-year jail term.

The court heard father of four Kelly’s criminal record dates back to the 1990s and includes previous convictions for burglary, aggravated burglary and kidnapping. 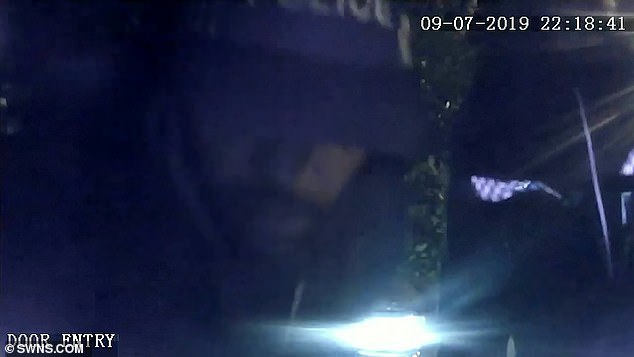 The asphalt worker and aircon installer was also the first person to be jailed in the UK in 2016 for using a drone to smuggle contraband into prison. 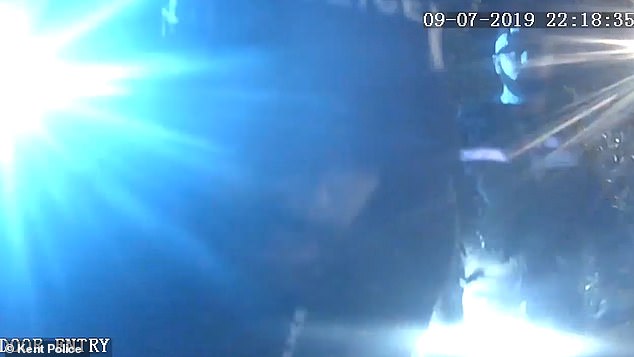 Having successfully smashed their way into one apartment and the burglars tried to raid a second.

But they fled when met with shouts from the homeowners who, together with other residents, then discovered the break-in at their neighbours’ apartment and called police.

The court heard the Renault had been leased from a branch of Avis in nearby Dartford, Kent, on the day of the burglary and in the name of Ahearne’s brother.

ANPR cameras then recorded the vehicle on the A25 near Sevenoaks shortly before the raid, and just under 90 minutes later on the A2 heading back towards London.

Kelly’s fingerprint was found on a rear interior door latch, and blood left on a cashbox in the apartment matched Bowen’s DNA.

A police-style jacket and jumper with an attached Velcro strip bearing the word ‘POLICE’ were also found at Kelly’s home.

Mr Blakley told police he was asleep in bed when he heard ‘loud, aggressive’ banging on his front door around midnight.

‘It sounded like someone was trying to ram the front door down. Me and my wife jumped out of bed and ran down the stairs, shouting to scare anyone away,’ he said.

‘The banging came as a complete surprise and a complete horror. It was definitely a scary experience.’

The court heard although the banging stopped before the couple reached the door, a lock had been busted and the wooden frame had splintered on impact.

as, burglars, moment, poli, Posing
You may also like: