Moment driver, 19, tries to crush police officer with stolen car after high-speed chase on A22 shown in dashcam footage

The shocking attempt to pin the sergeant against barriers on the A22 in Surrey left him in hospital. 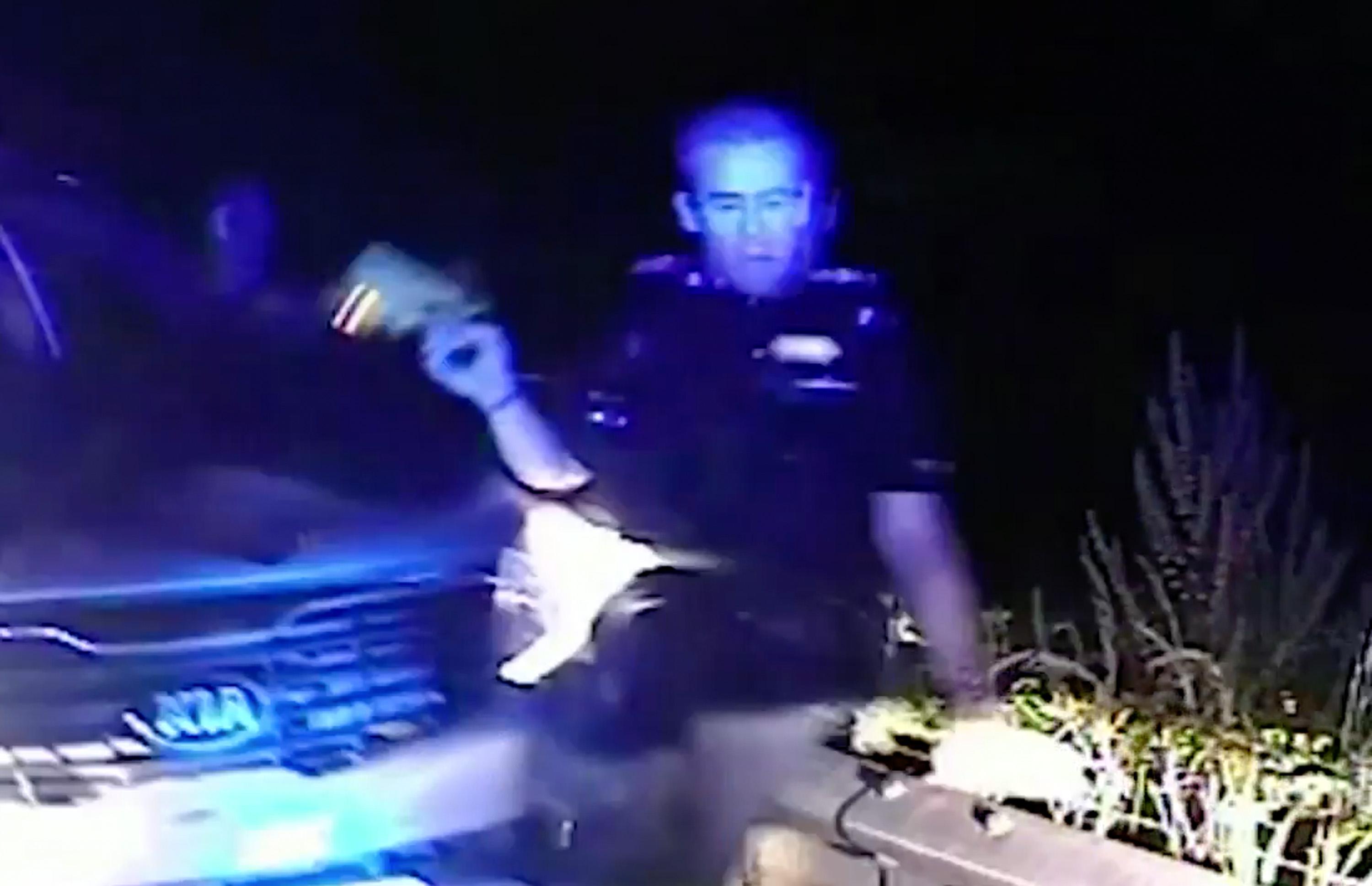 Ramone Kidd was jailed yesterday for 23 months after cops skillfully boxed in his car.

But during the operation, dashcam footage captures Kidd swerving his Kia into one of the cars trying to force it off the road.

He reverses away from officers who get out of their car and try smashing the teen's windows.

Sergeant Schultze, who was on the passenger side of Kidd's car, runs around to the driver's side when the car suddenly accelerates into him, forcing him against barriers and nearly crushing him. 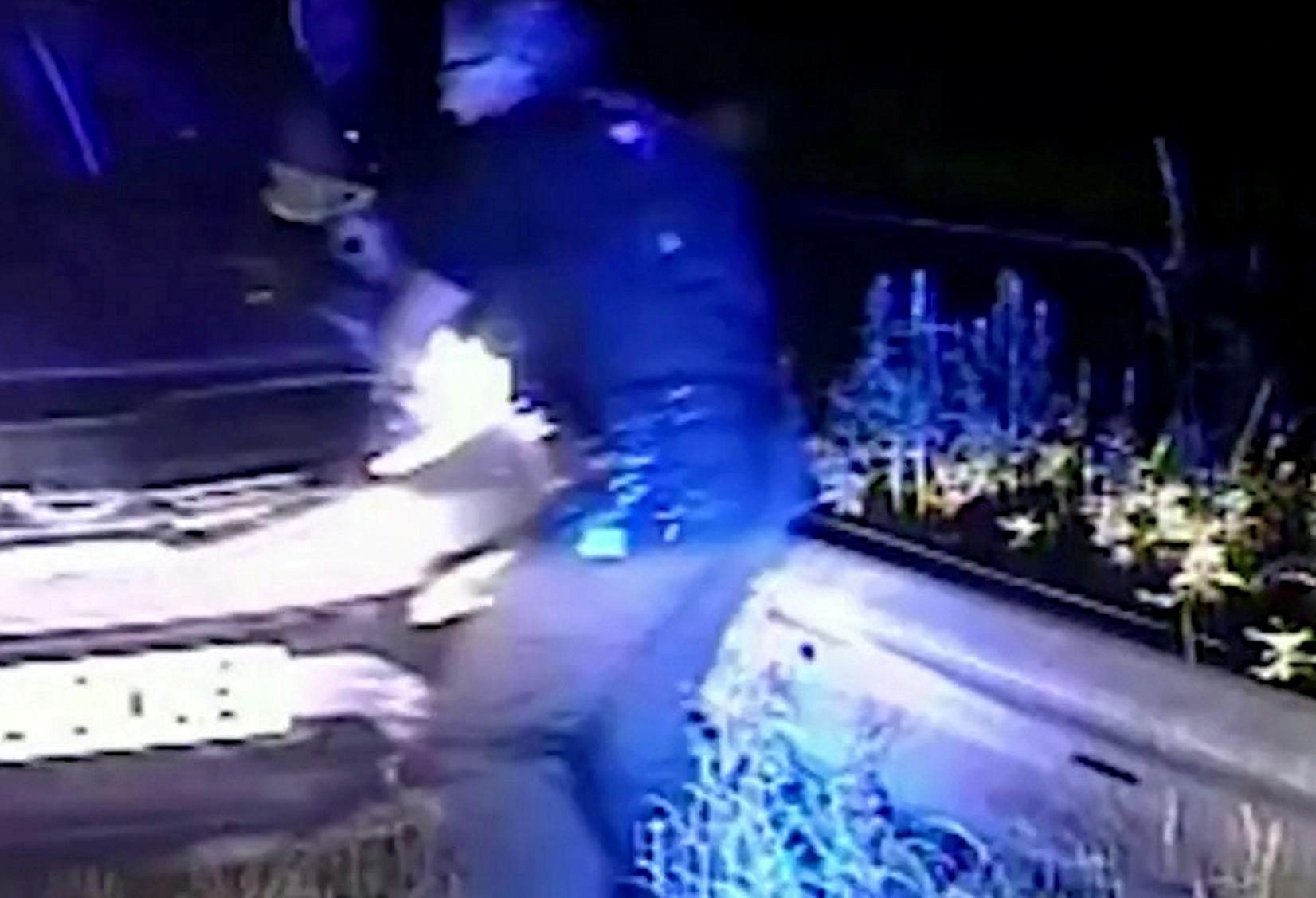 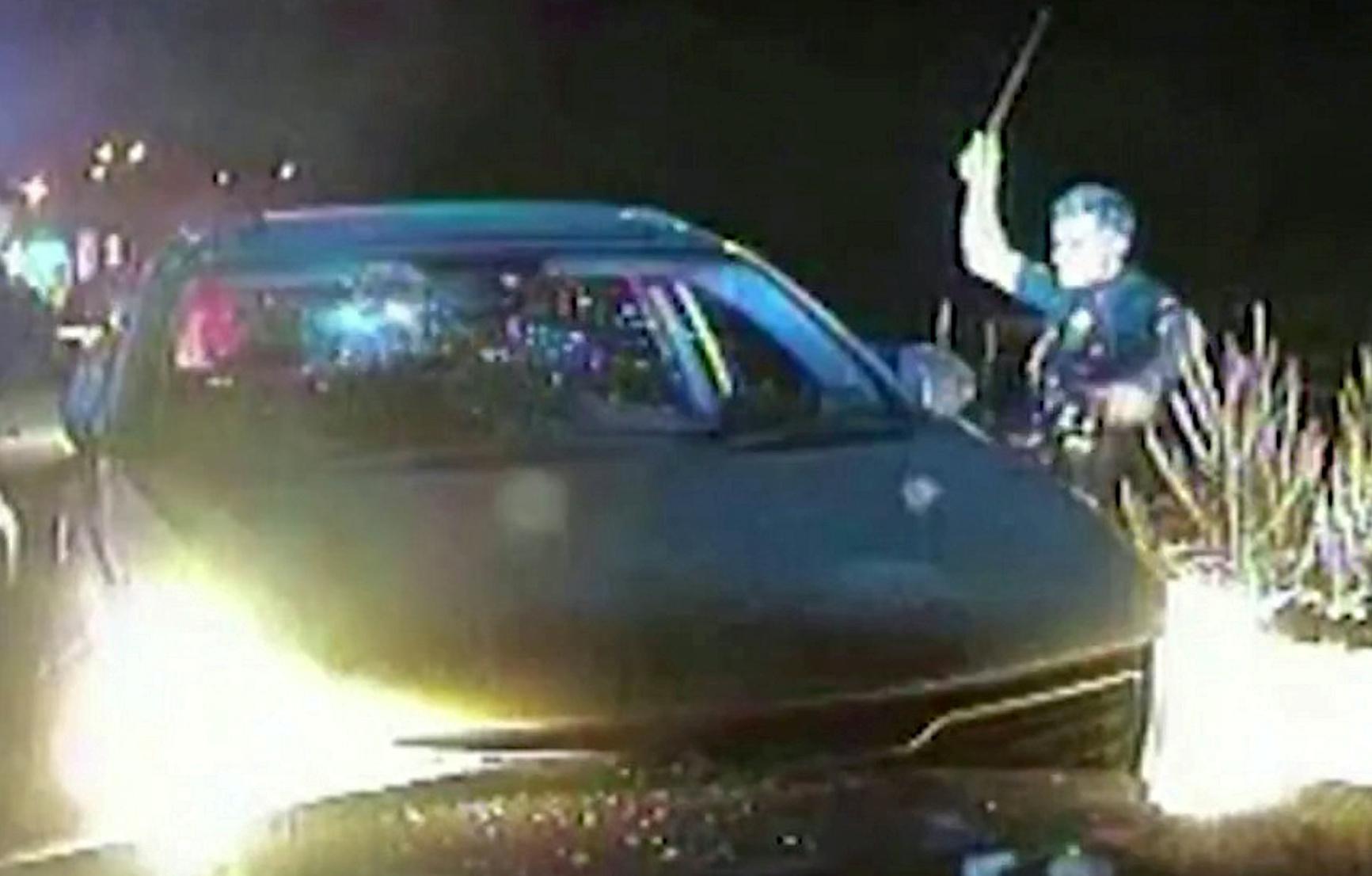 It happened in the early hours of Wednesday, June 13, after officers chased a suspected stolen vehicle which was linked to a burglary eight days before.

The three occupants, two 19-year-old men and a 17-year-old boy, were arrested for various offences including burglary, theft of a motor vehicle, and failure to stop.

"During this particular incident, officers attempted to stop the vehicle, and in doing so, three officers received injuries and four police vehicles sustained damage.”

Kidd, from Sutton, South London was given 23 months in prison at Guildford Crown Court after he admitted dangerous driving, driving while disqualified, driving while unfit through drink/drugs and actual bodily harm. 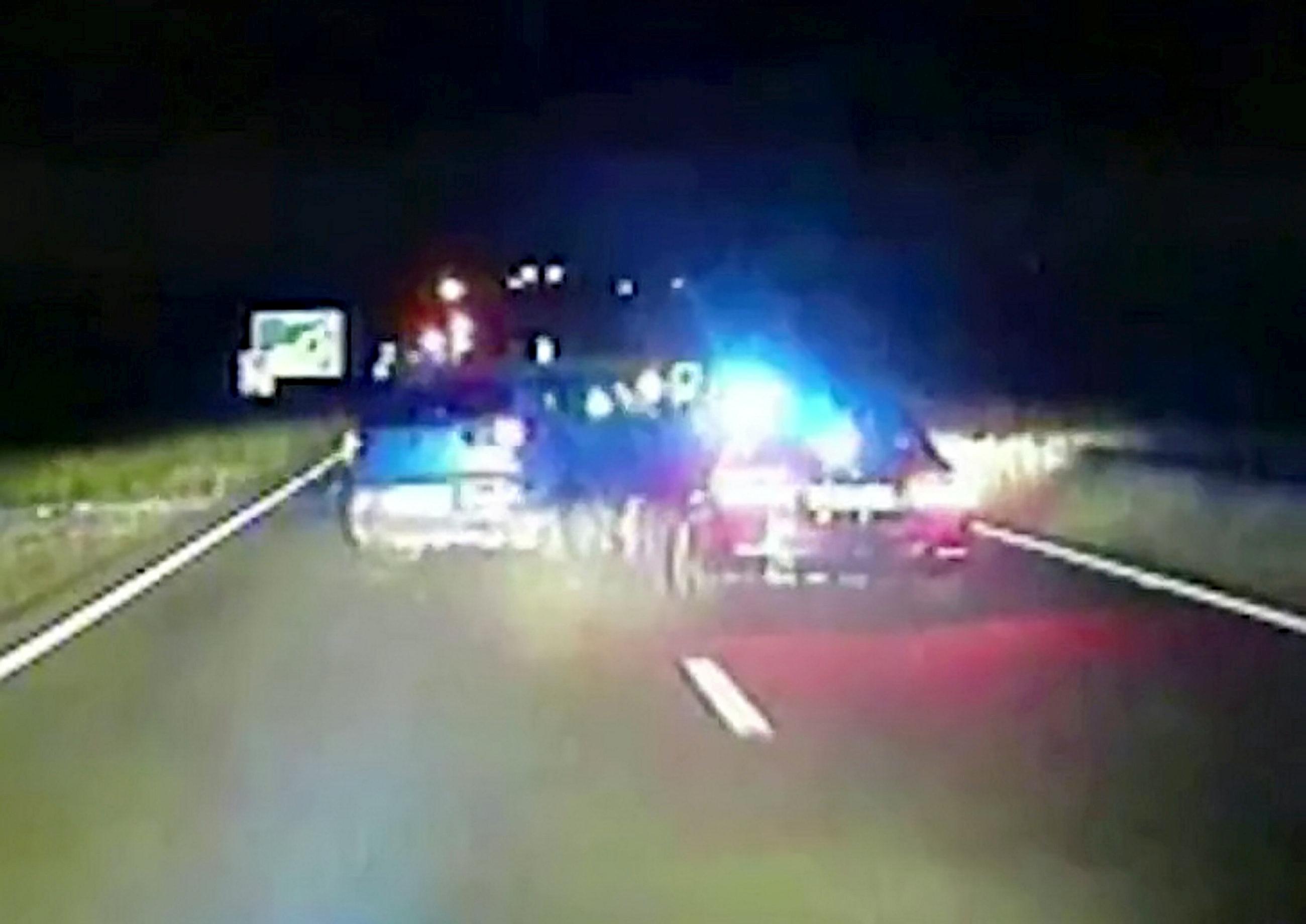 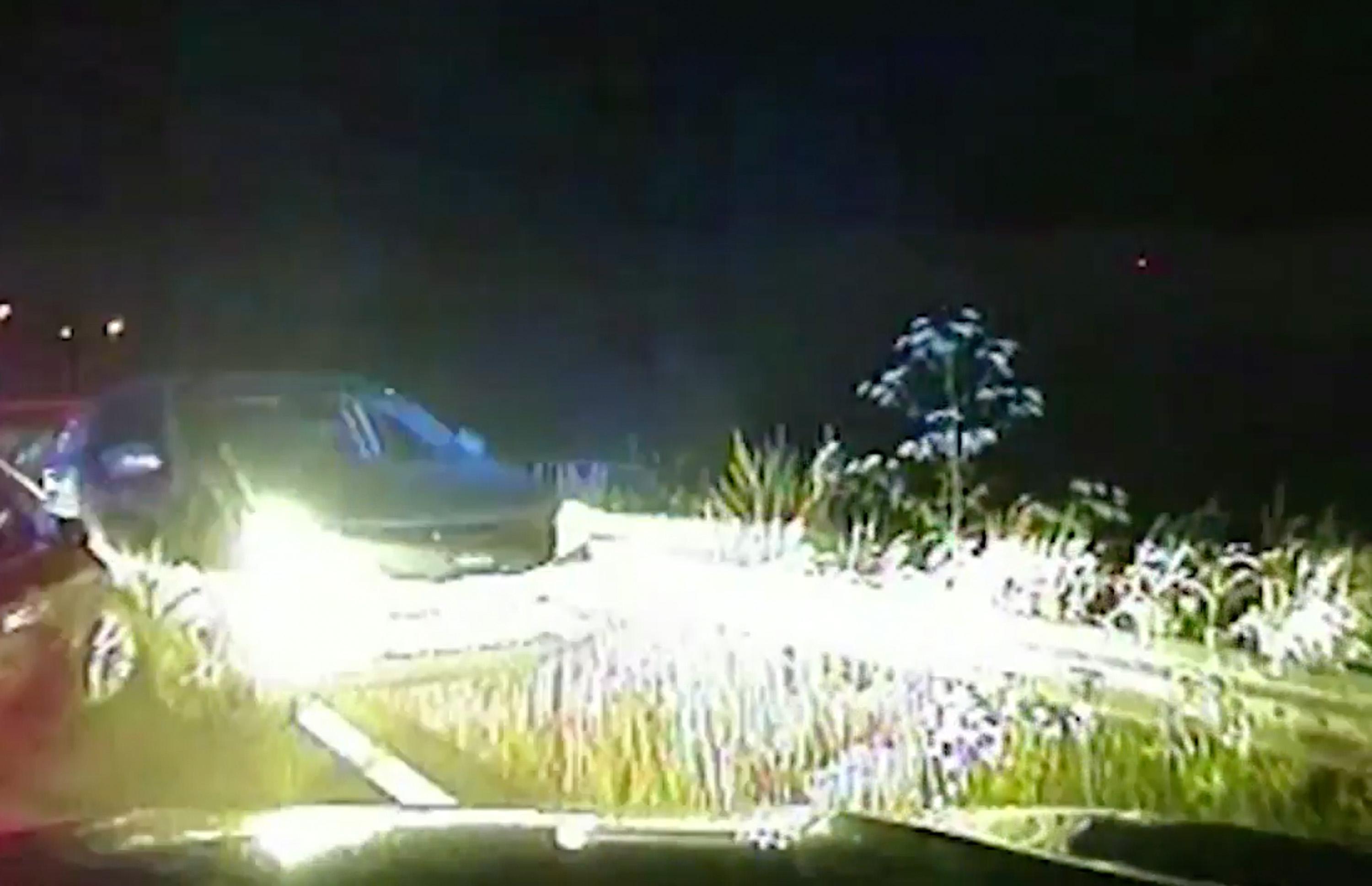 He was also disqualified from driving for three years.

The other 19-year-old and 17-year-old men were released under investigation for burglary offences while enquiries continue.

A spokesman for Surrey Police said: "In the early hours of Wednesday June 13 officers chased a suspected stolen vehicle along the A22 Godstone Bypass, after it had been linked to a burglary in Oxted eight days before.

"Officers managed to box the vehicle in using a manoeuvre known as Tactical Pursuit and Containment (TPAC).

"During the TPAC, the vehicle swerved into one of the police cars, trying to force it off of the road.

"Officers managed to box the vehicle in, and it then tried to reverse away from officers, so officers got out of their vehicles and tried to remove the driver, Kidd, this included smashing the windows of the vehicle.

"Footage shows Sergeant Chris Schultze, of the Area Patrol Team, was on the passenger’s side of the vehicle, but then started to go towards the driver’s side to assist officers.

"As Sergeant Schultze was making his way to the driver’s side, Kidd drove forward in what appeared to be a deliberate attempt to knock the officers over the barrier, as seen in the footage.

"Sergeant Schultze was initially treated at hospital for his injuries, and was later discharged and is now back on duty."