The clubbers were attacked on the street after trouble reportedly spilled out from a nearby nightspot. 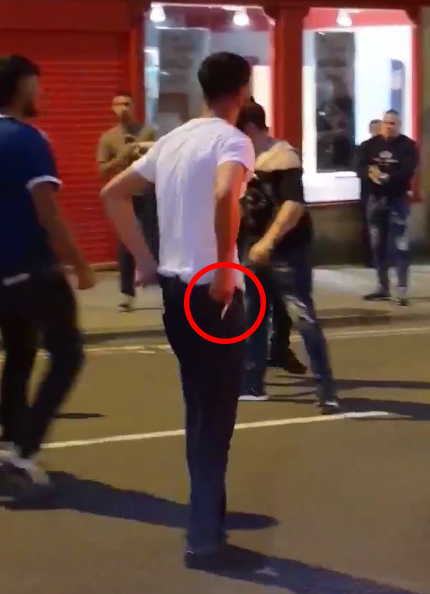 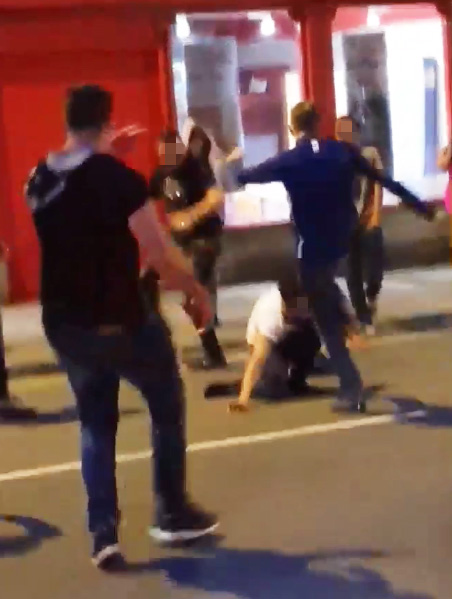 It shows a tall bearded man in a white T-shirt slashing out with the blade.

A number of males kick and throw punches at the knifeman, but suffer serious injuries as a result.

The blade attacker is eventually persuaded to leave the fight scene by male and female friends.

Onlookers are seen trying to intervene with one shouting "what you doing?" and "the police are here."

Cops were called at 3.30am on Sunday to Westgate at the junction of Sackville Street, Bradford.

From initial enquiries, it appears there has been an altercation within the Village nightclub which continued outside.

Five men – aged 19 to 27 years old –  have been arrested in connection with this incident.

Detective Sergeant Tom Levitt said: “We have spoken to a number of people already; however we believe that there may be further witnesses, including some who have captured video footage of this incident on their mobile phones.

“I would urge anyone who has seen any part of this incident, both in the nightclub and outside on the street, to please make contact.”

Information can be given to Bradford CID at www.westyorkshire.police.uk/contact-us or by calling West Yorkshire Police on 101 or independent charity Crimestoppers on 0800 555 111.

Those providing information are asked to quote log 318 of 21/07. 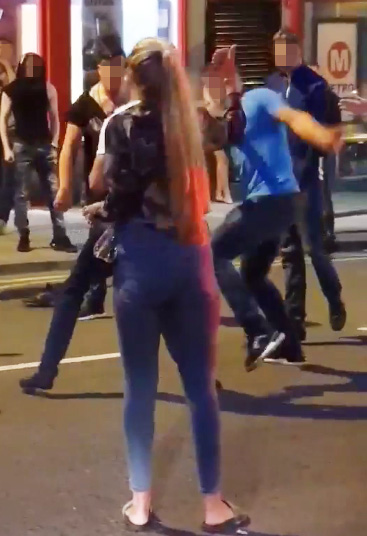 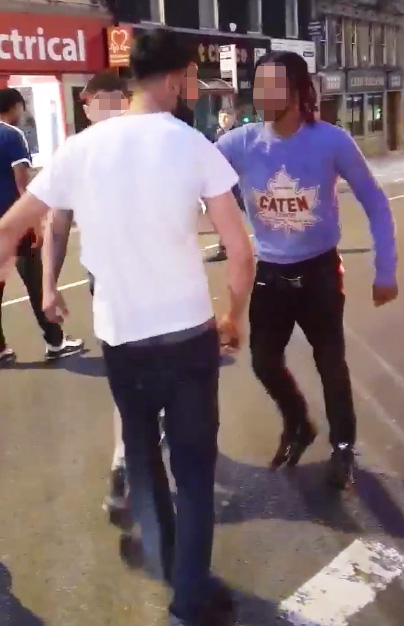 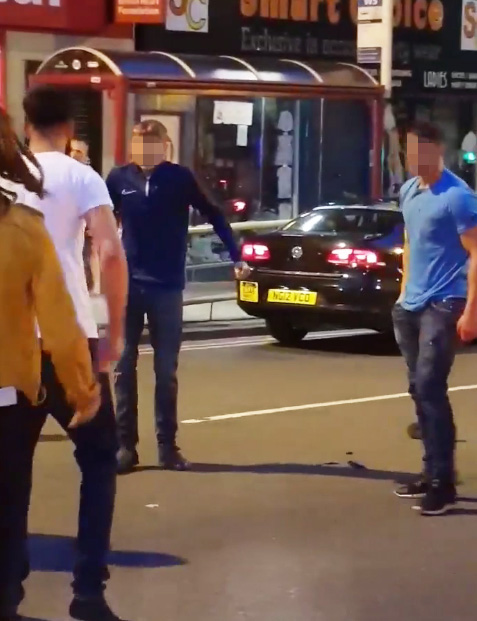 brawl, erupts, knife, Mass, moment
You may also like: