CINCINNATI Reds baseball players kneeled during the national anthem on Tuesday before the team’s exhibition game against the Detroit Tigers in Ohio.

Some of those who were standing placed their hands on the kneeling players’ shoulders and backs, seemingly as a gesture of support.

The team tweeted on Tuesday a photo of the players alongside the caption: "Unity."

Sports players who kneel as The Star-Spangled Banner plays ahead of games do so as a peaceful protest against racial injustice.

The protest began with Colin Kaepernick in 2016, as the then-quarterback for the San Francisco 49ers sat, then later kneeled, during the anthem at NFL games.

He was criticized for years, but the idea of the peaceful protest has changed among many since George Floyd’s death in May.

According to ESPN, the Reds players who kneeled on Tuesday were among several teammates who wore Black Lives Matter shirts during this year’s training camp. 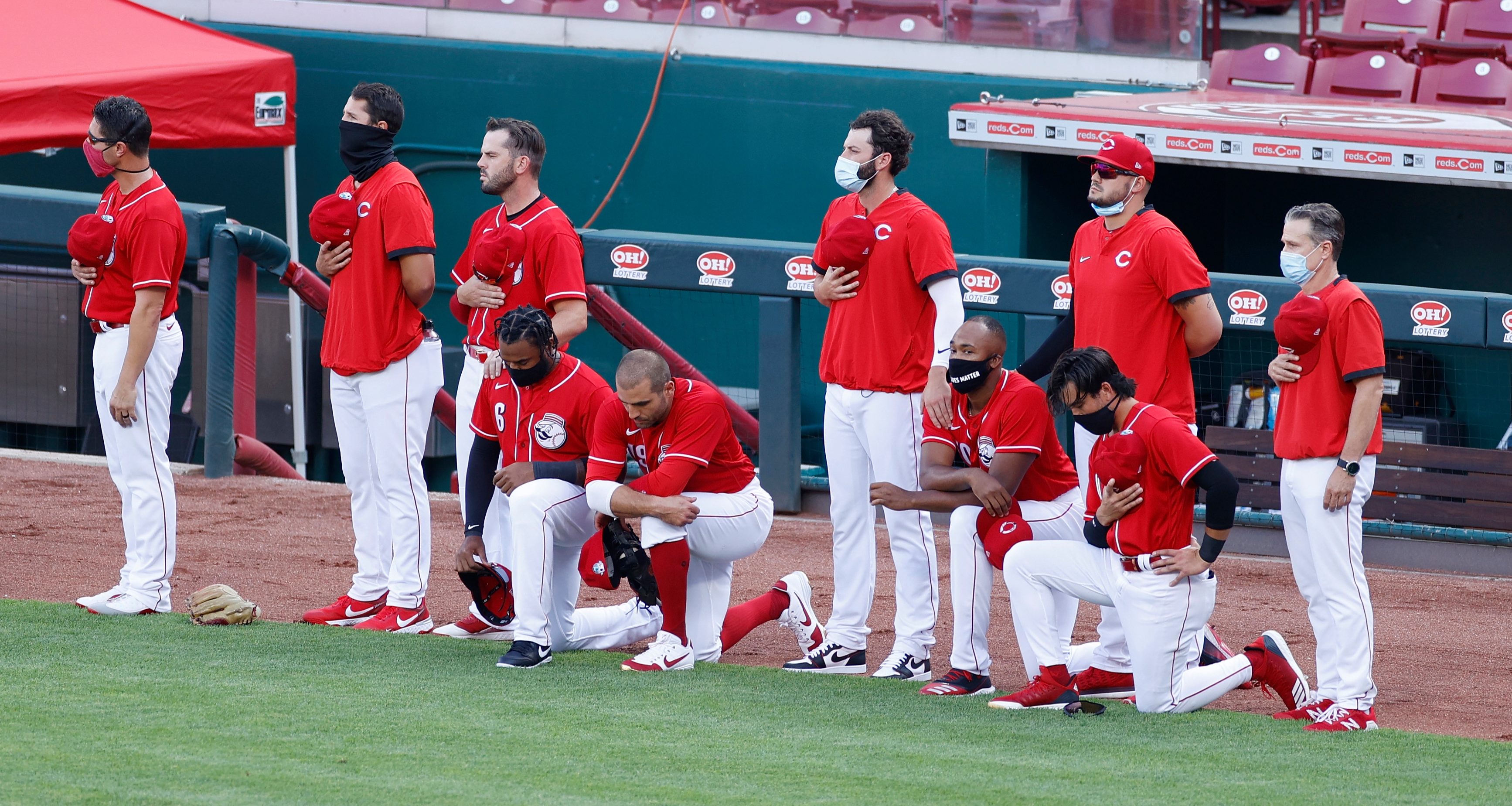 Reds manager David Bell said: "The way I see it with our players because I know them so well, whether they were standing or kneeling, it was all out of respect.”

"It was out of respect for everything that is great and good about our country, the sacrifices and the hard work that allow us to be here today.

"It also, the standing and kneeling, represents how much each individual on this team cares,” Bell said.

“If there is anything we can do to change and help us improve and become an even greater country, and certainly to stand against anything that our country doesn't stand for, whether that's racism or anything that's unfair.”

“That, to me, is what was represented tonight."

On Monday, several San Francisco Giants baseball players — including team manager Gabe Kapler — kneeled during the anthem ahead of the team’s exhibition against Oakland Athletics. 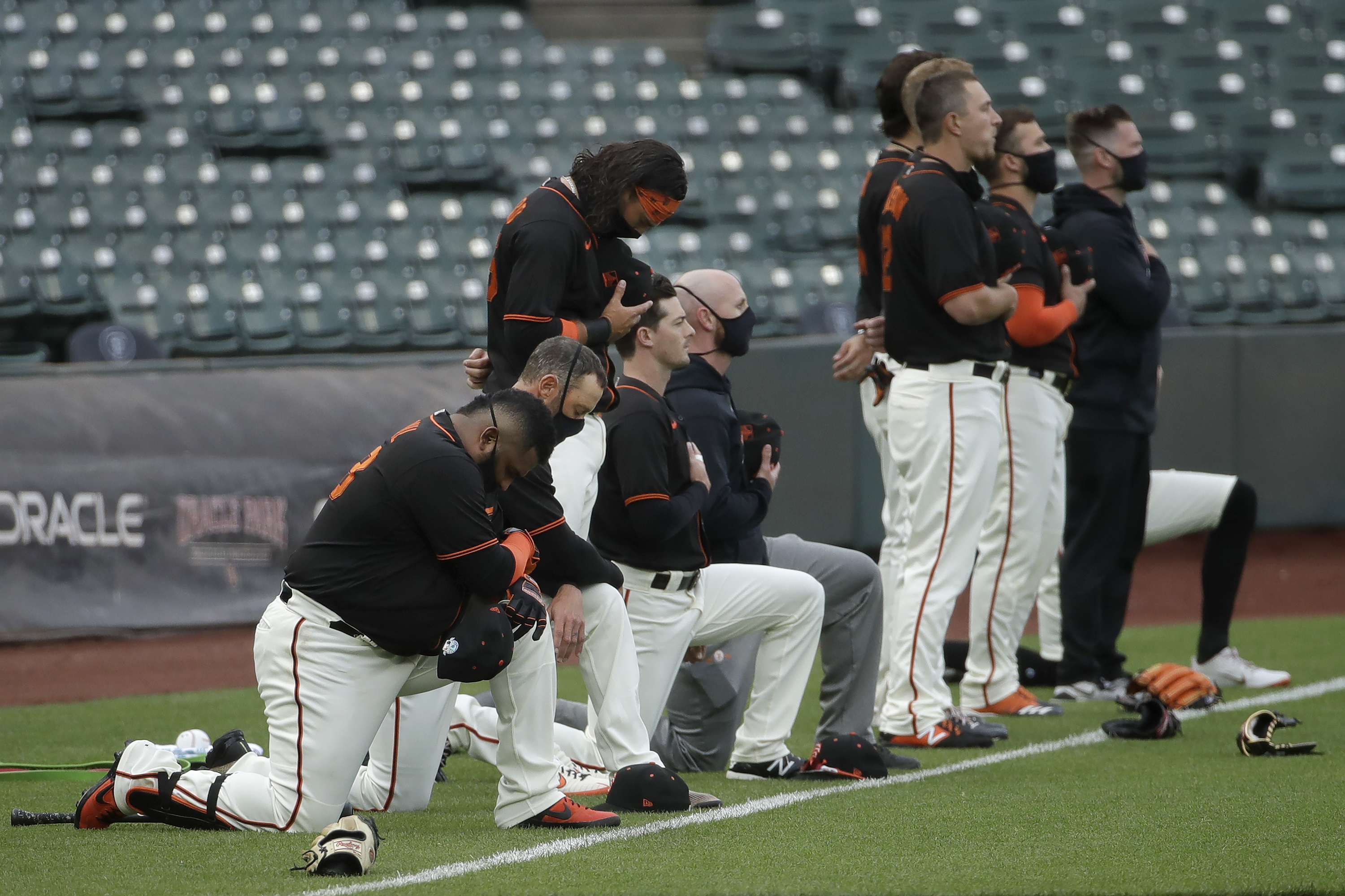 Before the game, Kapler told his players his plan to kneel and said everyone would be supported by the Giants no matter what they decided to do.

“So I told them that I wanted to use my platform to demonstrate my dissatisfaction with the way we’ve handled racism in our country.

“I wanted to demonstrate my dissatisfaction with our clear systemic racism in our country and I wanted them to know that they got to make their own decisions and we would respect and support those decisions.

“I wanted them to feel safe in speaking up,” Kapler said.

On Tuesday night, according to ESPN, at least 12 Giants players and staff members kneeled on the field again during the anthem at Oracle Park.

baseball, Du, kneel, More, players
You may also like: