A bus driver in Italy abducted more than 50 children, had their hands bound and set fire to the vehicle they were in to “protest” the deaths of migrants in the Mediterranean.

After police forced the bus to stop, officers broke the glass of the back door of the burning bus, allowing all 51 children and their chaperones to escape from the bus without any serious injuries.

The driver, an Italian citizen of Senegalese origin in his forties, said he was protesting over migrant deaths, commander Luca De Marchis told local media.

Local media named him as Ousseynou Sy and said he was being investigated on suspicion of kidnapping, intention to commit mass murder, arson and resisting law enforcement. 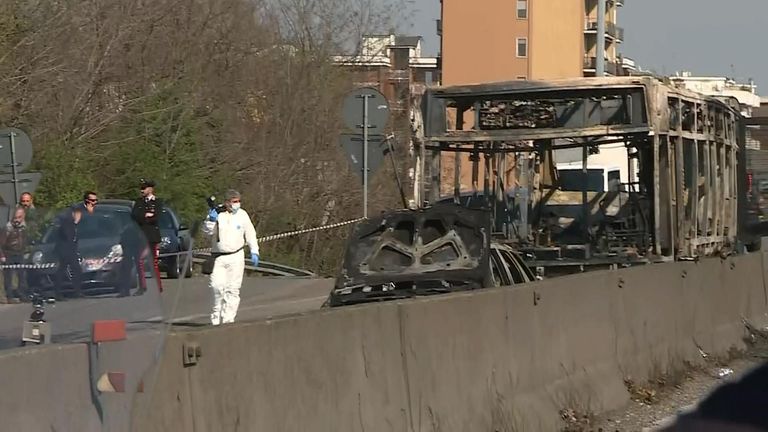 Two school classes were on the bus in Cremona province, some 25 miles (40km) from Milan.

A student told local news the driver confiscated phones and ordered guardians on the bus to tie the students’ hands with cable ties – but that one pupil managed to hide their phone.

Authorities said that an adult called the emergency services and a student called parents who alerted authorities.

Roadblocks were set up and the bus was intercepted by police, who forced it into a guardrail on the outskirts of Milan. 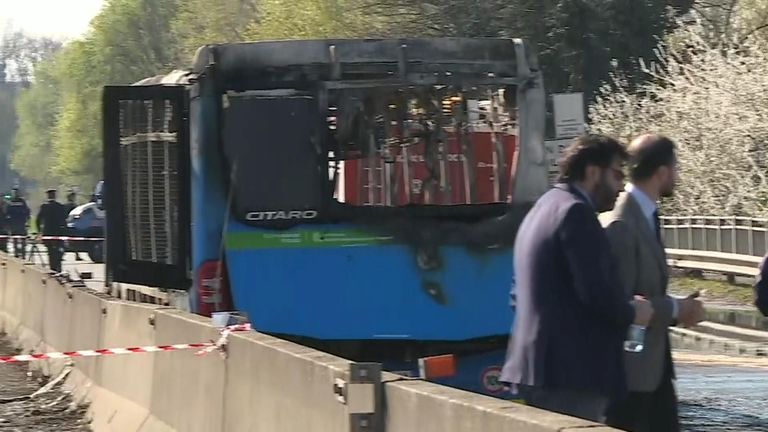 As police began to get the hostages off the bus, the driver managed to set fire to the vehicle.

Mr De Marchis congratulated the officers’ “swiftness and courage” and thanked them for rescuing the hostages “with no tragic consequences”.

Some of the passengers were treated in hospital, mostly for cuts and scratches sustained while escaping the vehicle. The driver is being treated for burns and was detained.

Chinese man found to have deadly coronavirus after feeling headache