More than half of Americans feel better after three years of Donald Trump, Gallup poll reveals – The Sun

OVER sixty per cent of Americans say they are better off than they were three years ago when Trump took office, with most crediting him for the improvement according to a recent Gallup poll.

This is great news for Trump as no other incumbent president has enjoyed such a high percentage of people saying they feel better about their situation in over 30 years. 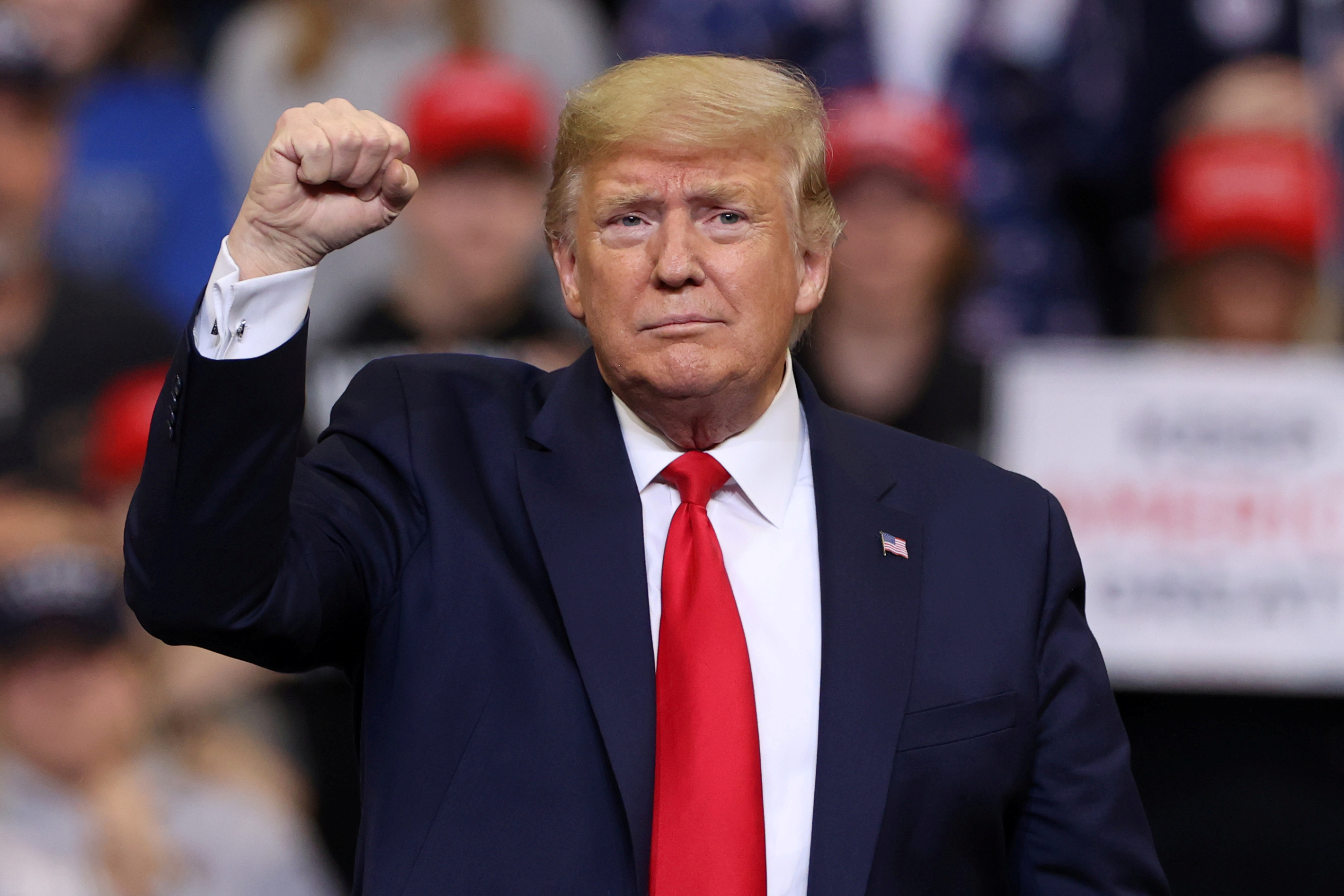 The Donald will be happy seeing as the numbers are 16 per cent higher than Obama's were when he was taking his second run at office in 2012 when only 45 per cent of Americans said they were better off than they were when he started.

This comes when another Gallup poll showed that Republicans are happier than Dem's, with 93 per cent of them reporting being happy with their lives, compared to 86 per cent of Democrats.

In the latest survey, 61 per cent of Americans say they are better off than they were in 2016; 36 per cent say they're not and 3 per cent reported feeling about the same. 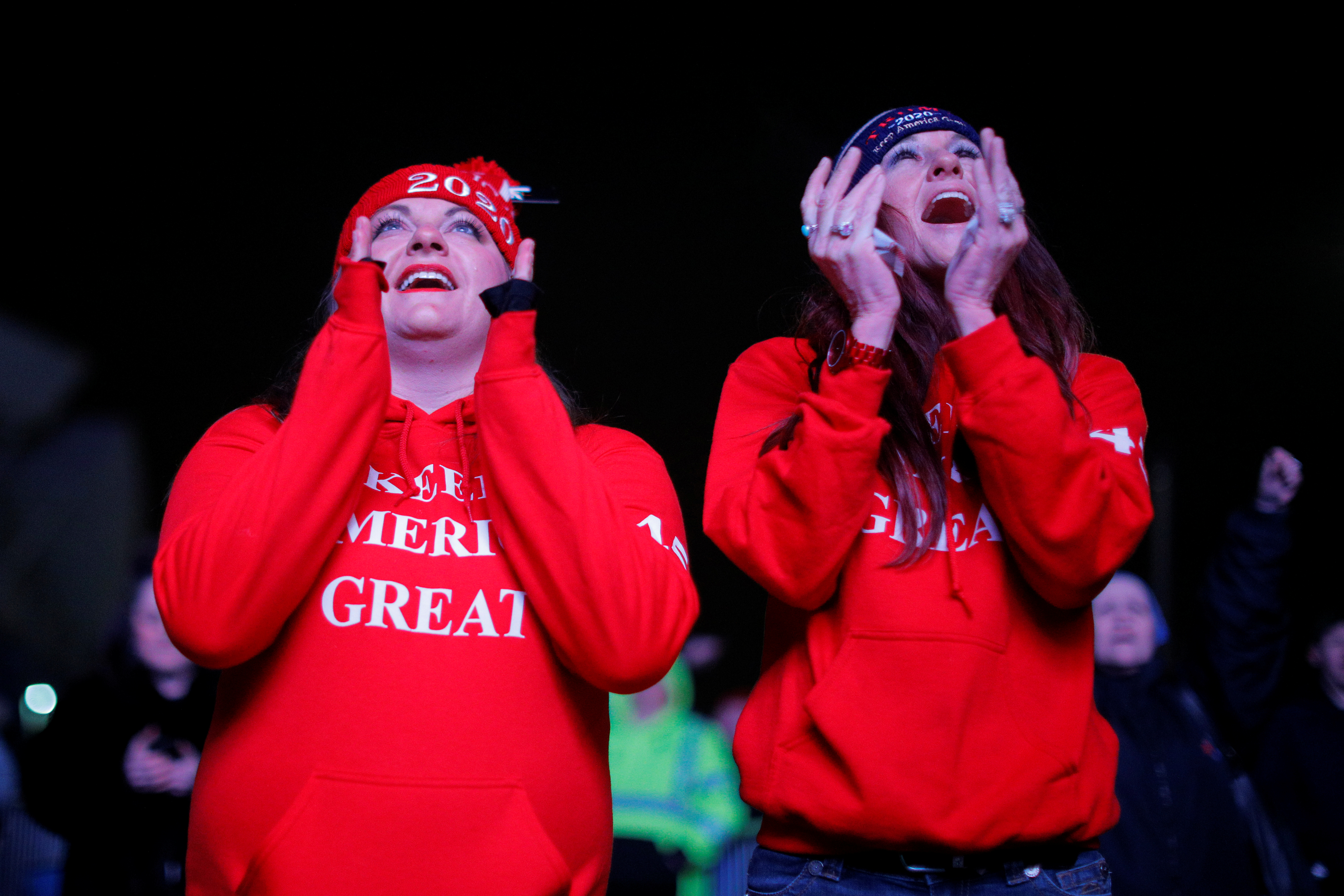 A strong 62 per cent majority say Trump should get credit for improving the economy.

By contrast, fifty-one percent say Obama deserves at least a fair amount of credit for the economy, 25 per cent say he does not deserve much and 23 per cent say he should get none.

However just under a third of Americans say the economy is the most important issue for them when voting for president, which is Trump's strongest case for re-election.

In the midst of his January impeachment trial, Trump actually had his highest job approval rating (49 per cent) since taking office. 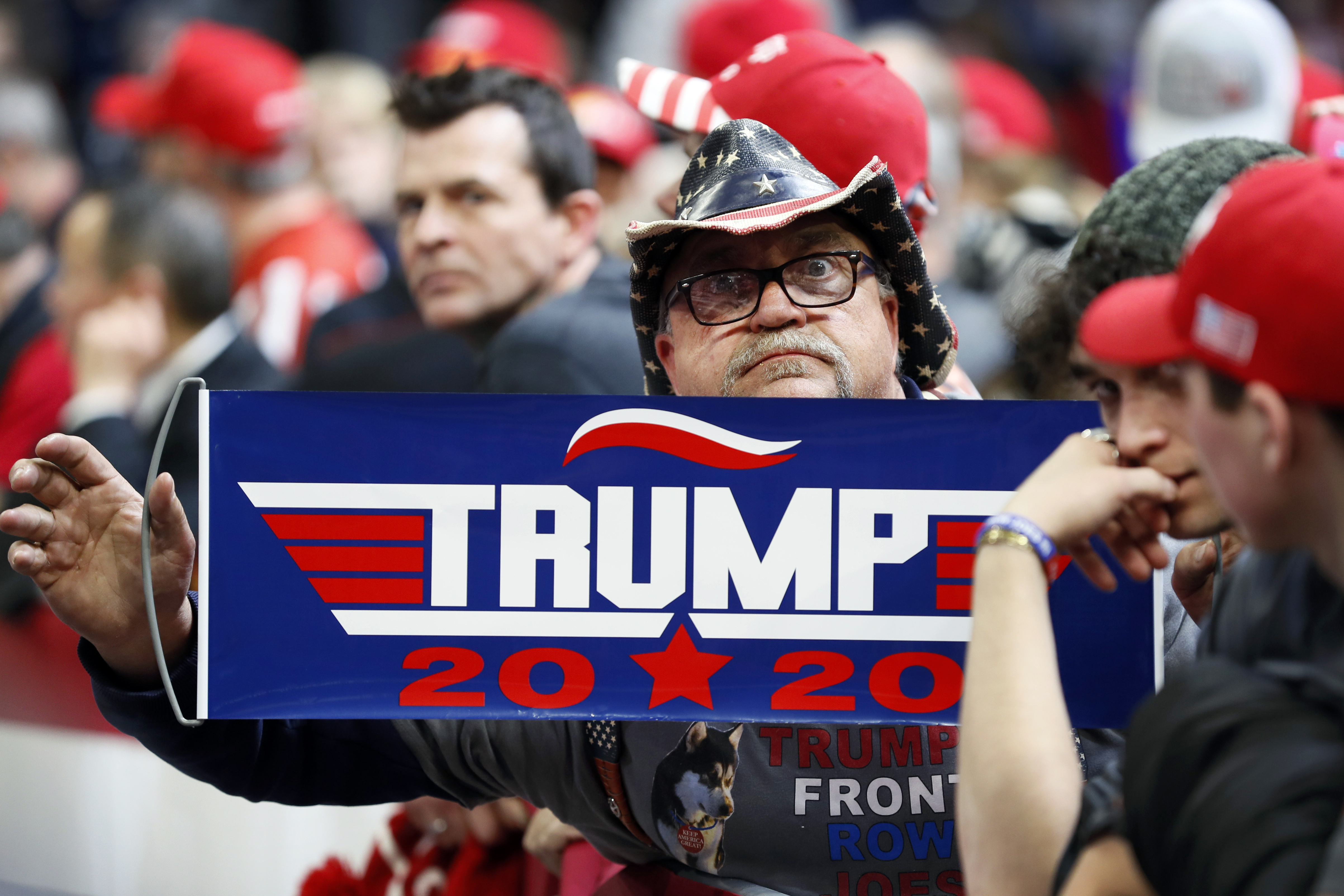 Sixty-three percent of Americans in that survey said they approved of Trump's handling of the economy, the highest rating for any president since George W. Bush's approval ratings soared after the 9/11 terror attacks in 2001.

Though the numbers are encouraging for Trump fans, elections haven't always gone the way one might predict based on how many people said their situation improved.

In 2012 Obama was the only recent incumbent to face reelection while over half of the country said their personal situation had deteriorated. Yet he still smashed Mitt Romney out of the park that November.

The results of Gallup's latest survey are divided along party lines: 89 per cent of Republicans and 60 per cent of independents say they are better off; whereas only 29 per cent of Democrats say that's the case.

By comparison, 60 per cent of Democrats said they were better off in 2012, and 46 per cent of independents and only 27 per cent of Republicans said the same.

The incumbent with the most bipartisan result was Clinton in 1996, when 49 per cent of Republicans, 50 per cent of independents and 53 per cent of Democrats said they were better off.

The Gallup survey was conducted from Jan. 16-29 with a margin of error of plus or minus 4 percentage points. 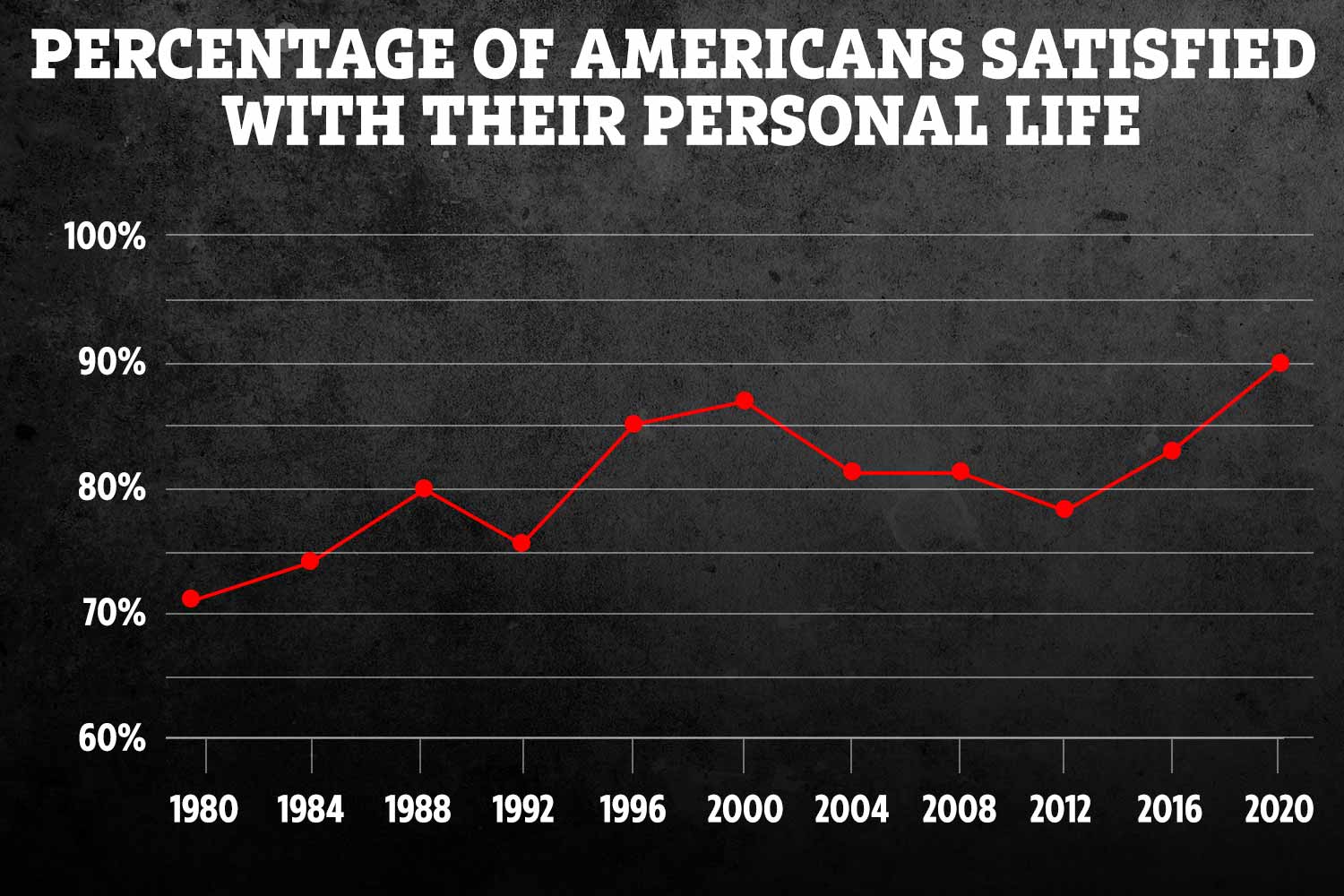 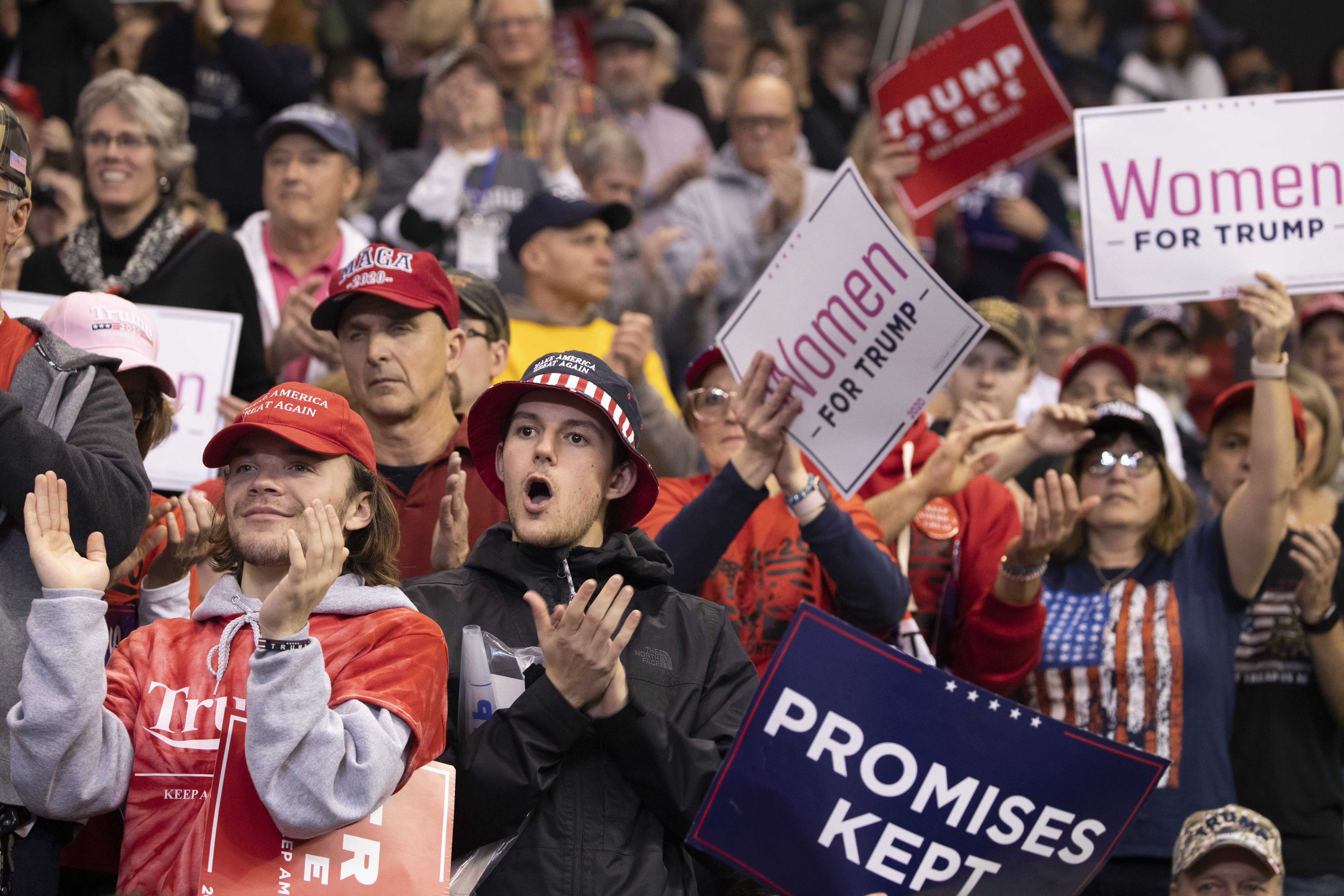 Americans, Fe, Half, More, of, than
You may also like: