The Russian Navy staged a major display of strength above the Polar circle after Moscow fired back at British fears that Vladimir Putin poses a national security threat over his ‘military build-up’ in the Arctic,

Kremlin dispatched a series of warships from its Northern Fleet base in Severomorsk, sending them on a summer patrol seemingly to counter terrorism and other threats.

It is expected to patrol across nine time zones, taking advantage of climate change which has left the polar waters largely free of thick ice this summer. 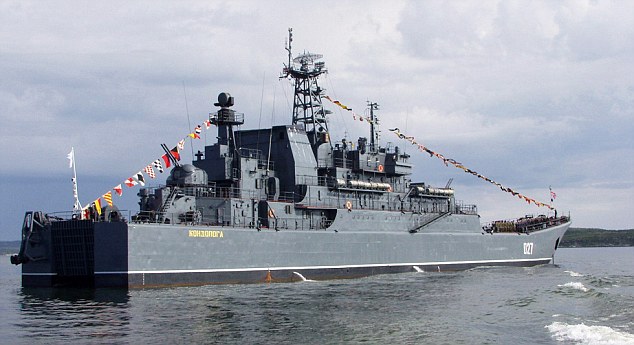 Kremlin dispatched a series of warships from its Northern Fleet base in Severomorsk, sending them on a summer patrol through polar waters above the Arctic circle

It followed a report by British MPs claiming that Russia poses a serious threat to the UK and urged the government to show ‘greater ambition and apply more resources’ to countering Putin’s menace in the Arctic.

It claimed Russia’s new military firepower in the region – including the reopening of old Soviet bases – went far beyond strictly defensive needs.

But Moscow claimed the report ‘On thin ice: UK defence in the Arctic’ from the Commons’ Defence Sub-Committee was ‘sabre-rattling’.

‘These speculations are yet another attempt to promote the idea of military build-up in the Arctic under imaginary pretexts,’ said the Russian embassy in London. 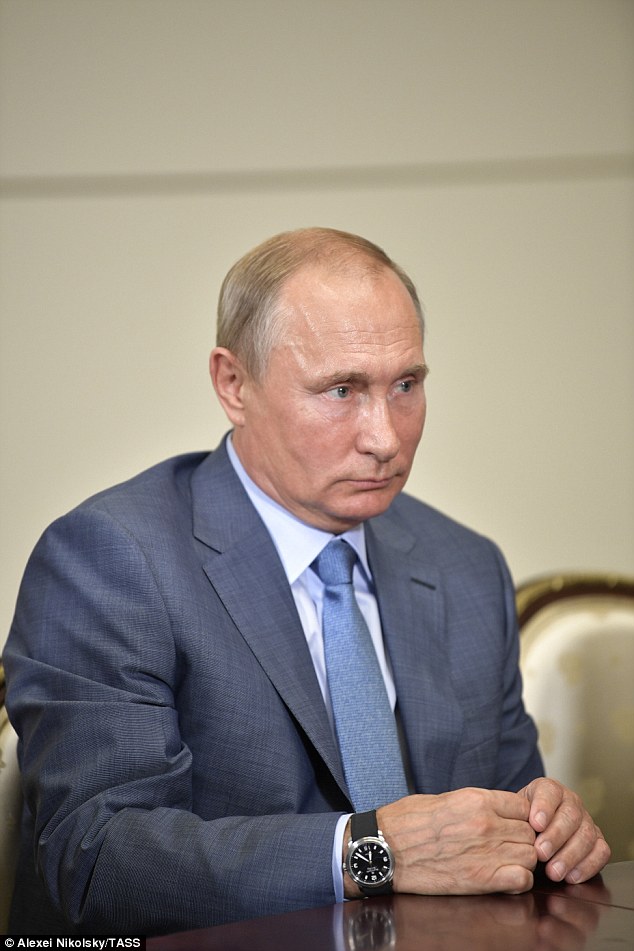 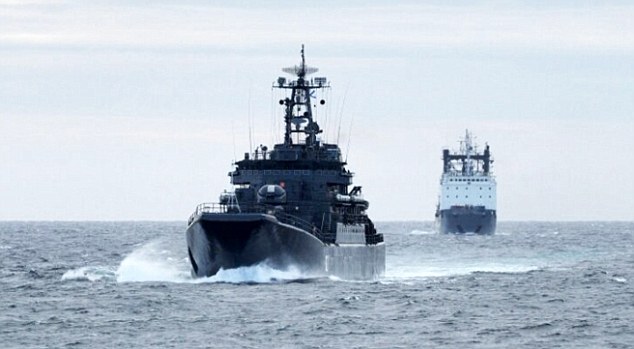 The fleet of Russian Navy ships is expected to patrol across nine time zones, taking advantage of the polar waters being largely free of thick ice this summer

‘They run counter to the existing international legal framework and completely undermine huge efforts undertaken in the Arctic Council, where the UK is an observer state.’

Moscow considers the Arctic to be an area for constructive dialogue and equal, conflict-free cooperation in the interests, a diplomatic source said.

Britain should be aware of ‘impressive prospects for trade’ and ‘economic and infrastructural cooperation in the Arctic’.

It was time to stop ‘sabre-rattling in this part of the globe’.

Among the vessels in the task force setting out from naval base Severomorsk is a large anti-submarine warfare ship called Vice-Admiral Kulakov.

The voyage ostensibly aims to ensure safe shipping and provide for Russia’s other maritime economic activity in the Arctic region – and to counter terrorist threats. 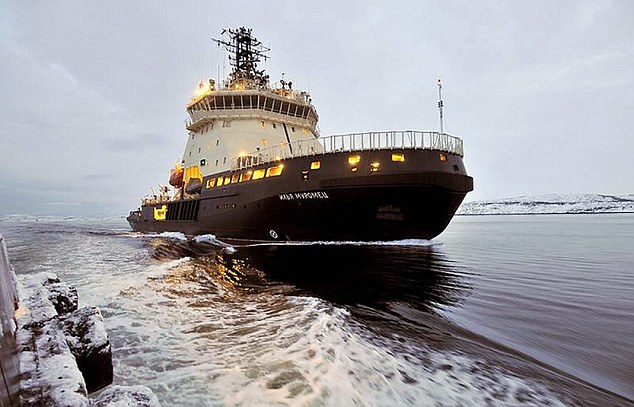 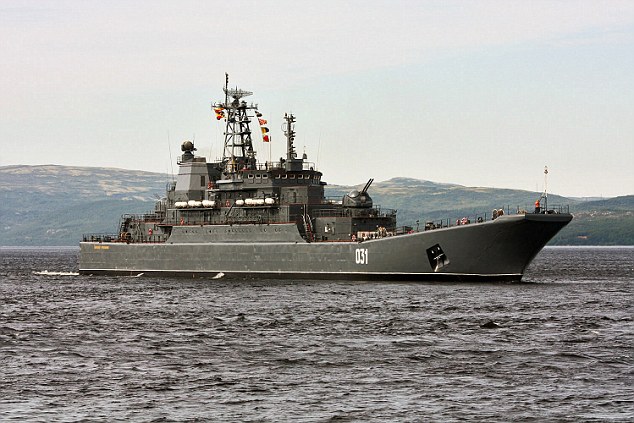 Patrol: Major amphibious assault ships Alexander Otrakovsky has also set out from the base 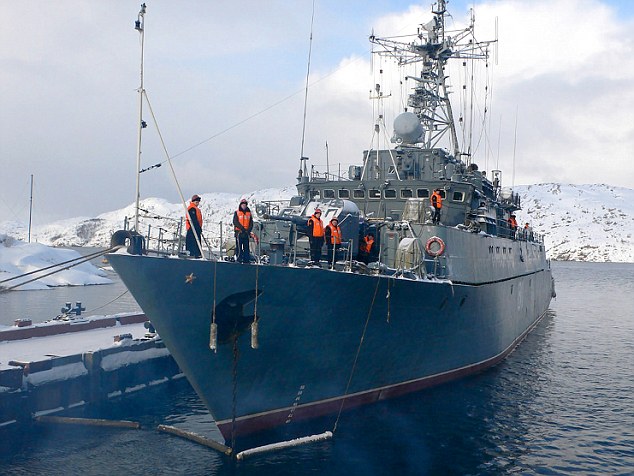 ‘A detachment of Northern fleet ships has carried out a number of manoeuvres designed to avert various types of terrorist threats,’ said a Russian naval source.

Sailors are also due to practice search and rescue measures and the provision of assistance to vessels in distress in high latitudes.

The MPs said Russia was engaged in opening or reopening bases across the Arctic.

‘Four aircraft of the Black Sea Fleet’s maritime aviation, with not a single Su-24 bomber among them, performed scheduled training flights over the Black Sea on August 13,’ said the Russian defence ministry.

Following the mission, Russian warplanes spotted a NATO aircraft more than 30 kilometres away, it said.

‘This aircraft performed no manoeuvres, did not deviate from its route, and did not approach Russian aircraft on their way back to their airfield.’