Mother, 38, is branded selfish over mountain of Christmas presents

Mother, 38, is branded selfish and disgusting for buying her children a mountain of Christmas presents that has swamped her tree

A mother-of-three has divided opinion again after sharing a pile of the mountain of presents she has bought for her children.

Emma Tapping from the Isle of Man – who has previously spent £2,000 on gifts for her children – has come under fire from social media users who called her ‘selfish’.

The 38-year-old has faced criticism over the hoards of presents in previous years but once again shared a picture of the huge pile on Instagram.

One commenter called it ‘disgusting’ but she has said that ‘nobody is going to change my mind’ about the gifts. 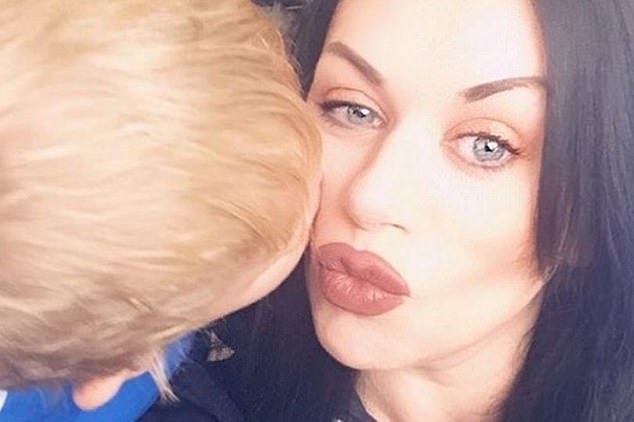 Emma Tapping (pictured) from the Isle of Man – who has previously spent £2,000 on gifts for her children – has come under fire from social media users who called her ‘selfish’

One wrote: ‘So many people have nothing you should donate them. Personally I think this is ridiculous who needs this many it’s just selfish.

Another slammed the huge pile of gifts, saying: ‘Might just be because I have 11 under my tree, but this photo is just disgusting.’

But others came to her defence, saying: ‘I think she should spend her hard earned money on what she wants – who are we to judge.’

Last year she defended her purchases, saying: ‘I don’t spoil them throughout the year. If they want something they have to do chores and buy it themselves.

‘If they break their phones for example, they don’t just get a new one from me. They get stuff they need but they don’t get spoiled. Christmas has always been a big day for me and I like to carry that on. I don’t really care what people think.

‘I work and I work hard. I have two jobs. I think to myself ‘it’s my money and they are my kids’.

‘If I want to spoil them at Christmas, I’m going to do it and nobody is going to change my mind.’ 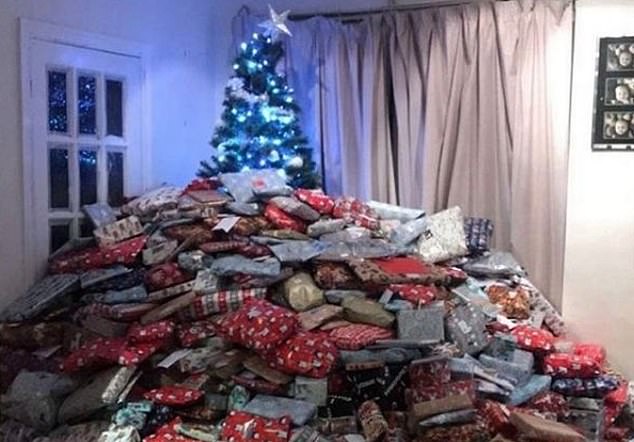